Get creative with succulent designs in containers or raised beds. Jay Arredondo from wholesale Desert to Tropics Nursery pairs succulents of all kinds for eye-popping foliar and color combinations. So, what is a “succulent?” Daphne breaks it down and also explains the difference between shrubs and perennials. Eat your flowers, too! Alejandra Rodriguez Boughton from La Flaca urban farm adds tasty color to your recipes and ice cubes. On tour, a backyard fruit orchard replaced an old tennis court and limestone beds for food and flowers adjoining outdoor living.

When Suzanne Novak and Bill Nemeth bought their house, it came with a regulation-sized tennis court. They don’t play tennis! They’re also busy physicians and love to get outside to grow healthy food and fragrant flowers after hours. Enter Landscape Architect Tait Moring, who designed beautiful gardens where the couple now serves up fresh vegetables and fruit from their orchard. In their shady front courtyard, they relax to the sight and sound of a recirculating stream and pond.

Get creative with succulent designs in containers or raised beds. Jay Arredondo from wholesale Desert to Tropics Nursery pairs succulents of all kinds for eye-popping foliar and color combinations.

What is a succulent?

First, all cacti are succulents, but not all succulents are cacti!

“Succulents” is most often used by people to describe any non-cactus desert plant. There are many species of plants that are characteristically succulent, and they all have the common feature of being able to hold water within their bodies, in either their leaves or their stems, so this makes them different from other plants.

As you know, most of these species are native to dry regions, and their growth habit allows them to survive and thrive in regions where non-succulents can’t.

Agave, yucca, euphorbia, and sedum are just a few of the non-cacti genera of plants that are succulent. Many communities have groups that get together to bond over their love of these plants, and here in Central Texas, we have the Austin Cactus and Succulent Society.

Now, what is the difference between a shrub and a perennial? In horticultural terms, shrubs are most often described as multi-trunk species that are smaller than trees, which are often planted together to create a mass effect, such as a hedge.

Mountain laurel is considered a “shrubby tree,” but cenizo, boxwood, hollies, are shrubs.

Shrubs may be evergreen, deciduous, or “root hardy,” which is where the confusion with perennials may come in.

When we call a shrub root-hardy, what we really mean is that it dies to the ground in the winter. An example would be native Tecoma stans (Esperanza, yellow bells).

I’ve even heard plants with this growth habit referred to as “woody perennials,” so it’s no wonder people get confused.

More commonly, when we call a plant a perennial, we’re referring to plants like echinacea, that produce a small herbaceous (i.e. non-woody) plant body and flowers, that dies to the ground each winter, then proceeds to grow a whole new plant body from its roots in spring.

As is becoming more common, we had a pretty mild, even warm, winter this year, which caused many plants to bloom and put on new growth before winter was over. Will these plants get zapped if we have a hard frost? Unfortunately, yes, they will. Some plants will recover and may put on new blooms once winter really does exit, but many, like our peaches and other spring-blooming fruit trees, will not. These plants have one shot and flowering and producing the next generation, and if a late season frost nips those blooms, they won’t get another chance until next year. This is obviously not great for our area peach orchards.

Other plants are also confused by these anomalous weather swings. Thanks to our temperate winter and the microclimate in his landscape, John Morgan’s cenizo in Georgetown was flowering in early February, which attracted a Gulf Fritillary butterfly.

And indoor gardeners don’t miss out, no matter what the weather throws our way! Ali Eftekhari is growing these beautiful African violets indoors, for a dose of daily cheerfulness on the drabbest of days.

Flowers are in good taste! Alejandra Rodriguez Boughton from La Flaca makes meals pretty yummy with edible flowers that help the pollinators, too! See how she uses dried and fresh calendula, borage, nasturtium and other garden favorites. 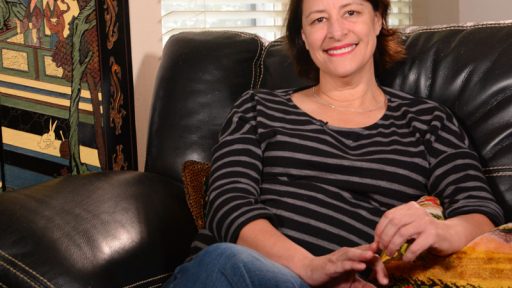 Oak wilt impacts our red oaks, live oaks, and white oaks. Board Certified Master Arborist Kevin Belter from ArborCare & Consulting explains what causes it and how to take proactive care. Daphne identifies tar spot on live oak leaves (dark spots that aren’t sooty mold). Get her tips on when to prune in winter, when | watch episode → 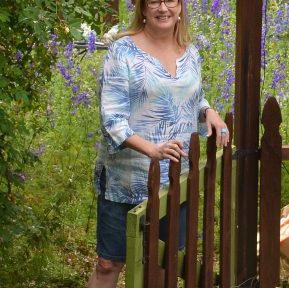 How do past animal and plant introductions impact us now for good or bad? From sparrows to Chinese tallow tree, Matt Turner explores the questions from his book with Robin Doughty, Unnatural Texas? The Invasive Species Dilemma.  On tour, Jennifer Edwards restored a weedy lot into artistic settings, wildlife habitat, and a backyard orchard. Daphne | watch episode → 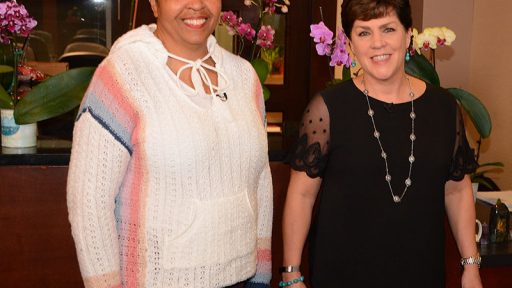 John Hart Asher and Jeff Ferris investigate garden myths (including viewer contributions!) to steer us from digging into the deep hole of misinformation. Daphne adds onto common misconceptions, including her own “oops” miscalculation that sunburned plants. Travis County Master Gardener Sheryl Williams breaks down compost-making into easy-do tips and the best kind to buy if | watch episode →