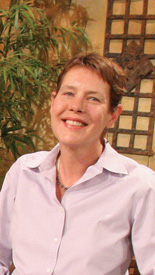 Since 1983, Linda Lehmusvirta has been a producer at KLRU-TV. National PBS programs include Backyard Butterflies and Backyard Bugs. She’s been production manager, producer, writer and editor for several KLRU documentaries and productions.

In 1989, she began producing Central Texas Gardener, which went weekly in 1999. Now broadcast in several PBS markets across Texas, she works as CTG’s producer, writer, field director, and editor.

Along with Central Texas Gardener, she’s a freelance writer, with credits in local, regional, and national publications. In 2003, Garden Writers of America awarded her Best Talent for Electronic Media. From 1997 – 2005, she served as volunteer VP-Publicity for Zilker Botanical Garden in Austin.

Submit a Question or Plant

Have a Web site issue, concern, or question?

We want to hear from you, let us know if something isn’t working right or if it’s exceeding your wildest expectations. Email us at info@klru.org.