What’s the secret to lively habitat that supports bees, butterflies and birds all year long? Eva Van Dyke from Barton Springs Nursery has surprising answers.  Get Eva’s pollinator plant list. Viewers join in with their butterfly pictures as Daphne’s Plant of the Week.  Animals can chomp our trees, especially in drought. Daphne explains what happened to a bigtooth maple and why it’s okay.  Trisha sweetens our lives with stevia and why you want to grow your own if watching your sugar levels.  On tour, Monica Gaylord from the Heart O’ Texas Orchid Society packs in fragrance, beauty, and global connectivity in her orchid greenhouse.

Thanks to her orchid greenhouse, Monica Gaylord of the Heart O’ Texas Orchid Society doesn’t have to travel far to experience the beauty, fragrance and complexity of orchids. She just steps outside her bedroom doors to retreat to global connectivity without packing one bag.

What are these scars on bigtooth maple? Will they kill my tree?

Thank you to Robin Carter for this great question! She tells us: “The tree is about 20 years old, and in the last several years it’s developed large, oval, scarred areas where the bark has fallen away. These ovals are about the size of a hand and seem to be spreading about the tree, starting small and then growing.” Well, Robin, the good news, at least, relatively, is that this appears to be a physical injury, and not something caused by disease or insects. This type of damage pattern is similar to what happens when a young branch, which has only a very thin layer of protective bark, is bumped or cut in some way. If something penetrates the bark and damages the living tissue, it’s hard for the tree to recover and repair itself. In most cases, a relatively small area is damaged, but as the branch grows and elongates, the damaged area gets stretched, causing it to elongate and get bigger. In your case, Robin, the initial damage may have been caused by squirrels or some other small animal. Regardless of what caused the damage in the first place, the area surrounding it is now exposed to the elements in an unnatural way, making it more susceptible to moisture and potential decay. So there probably is a slow process of natural die-back happening. But is this a disease running rampant and moving branch to branch in your tree? I really don’t think so. Bigtooth maple trees have very few reported susceptibilities to insect and disease issues. At this point, I recommend continuing to watch the affected branches to see if they remain healthy despite the damage. If so, let the tree recover naturally and keep an eye out to see if you can catch the critter and get to the bottom of this mystery. But if those branches are weak and not recovering well, go ahead and prune them out of the tree and encourage regrowth in other areas to compensate. And if the issue persists, call a certified arborist to come take a look at the situation in person.

To attract butterflies and pollinating moths, our gardens must include nectar, larval plants to raise caterpillars, and shelter. 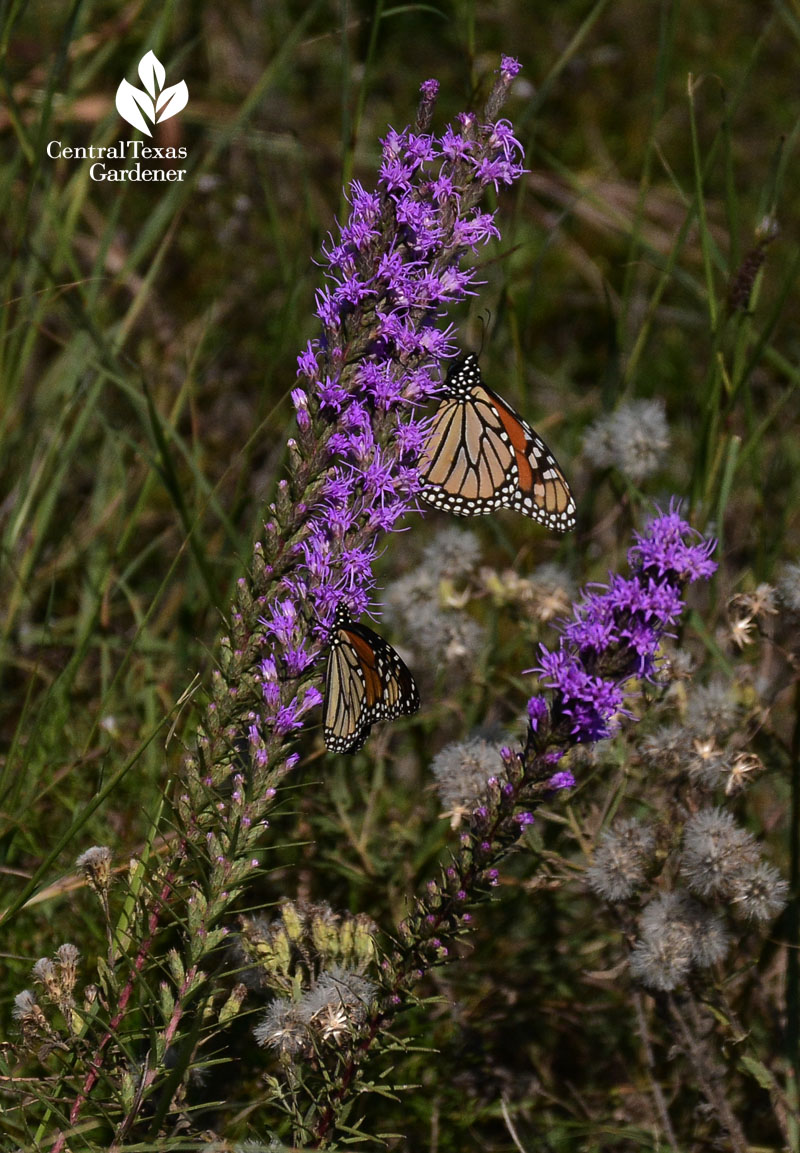 Not only do our viewers plant for wildlife, they've got their cameras ready to spotlight some of their visitors! Here are just a few. Swallowtail larvae can be found on cilantro, parsley, and dill, among other plants. Christina Pasco found this Giant Swallowtail larva on her key lime. They do love citrus leaves! 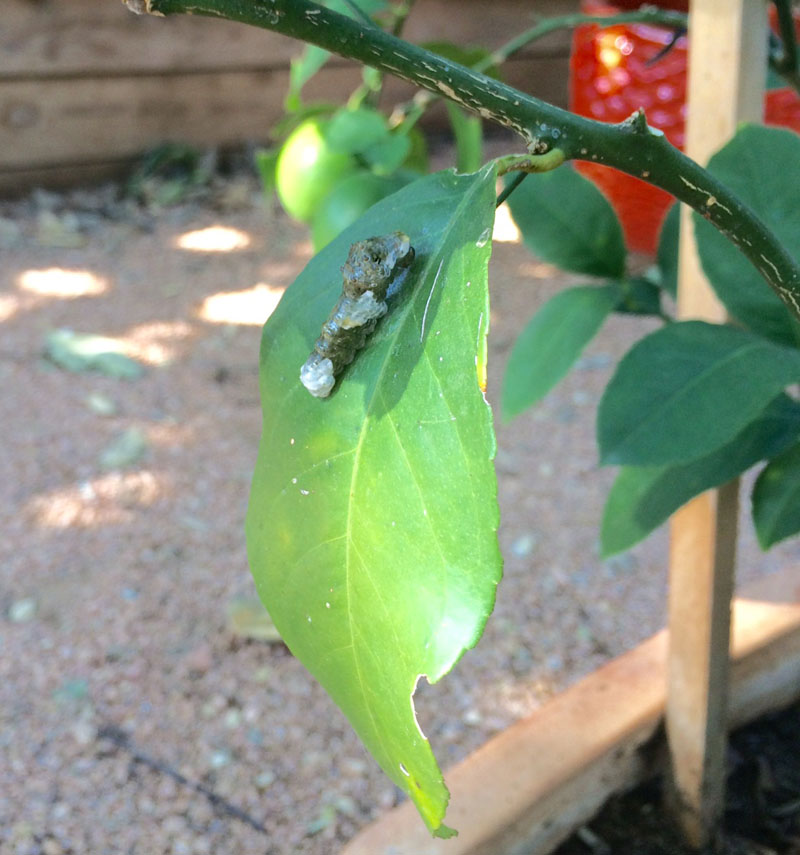 You may also find moth larvae in your garden. Kathy Harte discovered this Tersa Sphinx moth caterpillar in her garden. 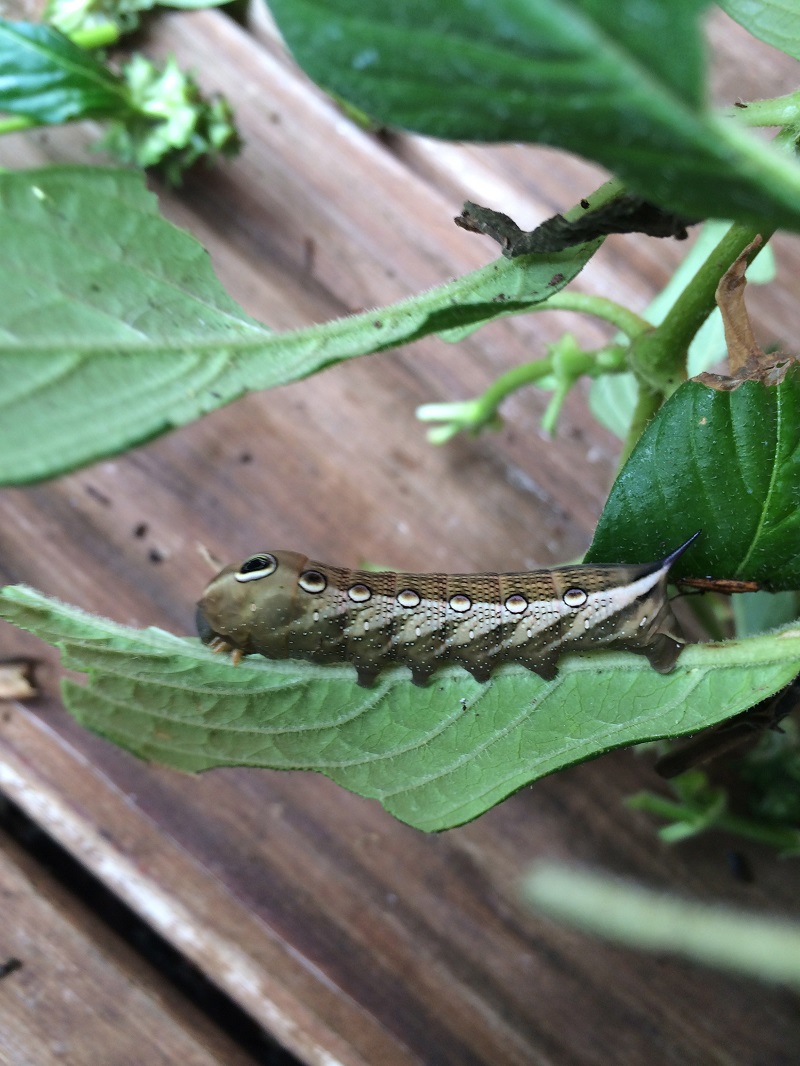 With warm weather so early this year, Vance caught this Gulf Fritillary soon after it emerged from the chrysalis where it had overwintered. 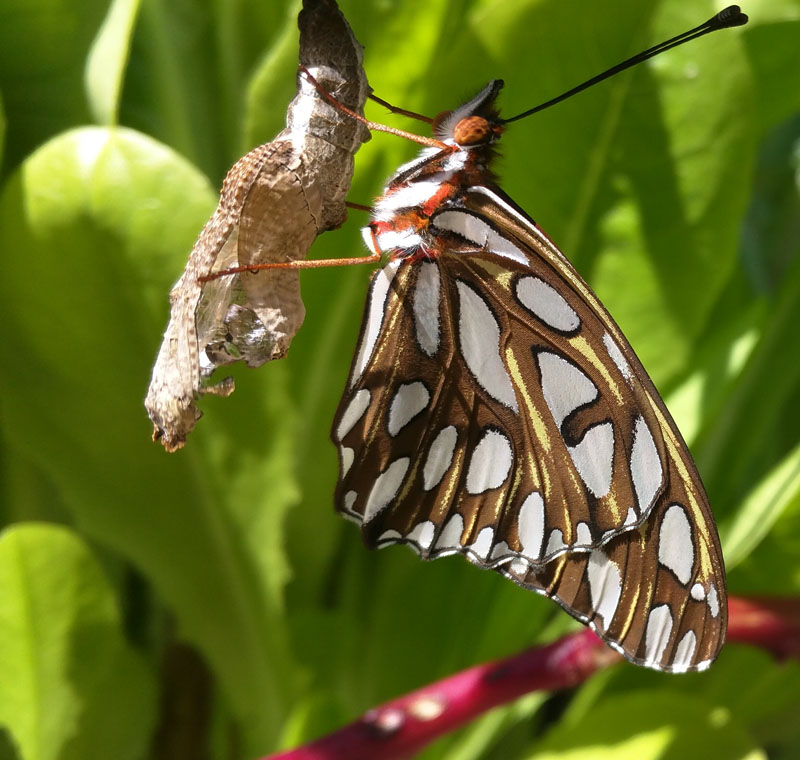 We want to provide nectar plants too, and there are lots of those, including zinnias, which are easily planted from seed in mid to late spring. Rusty Brindle sent us these photos of Eastern Tiger swallowtail on his zinnias last summer. 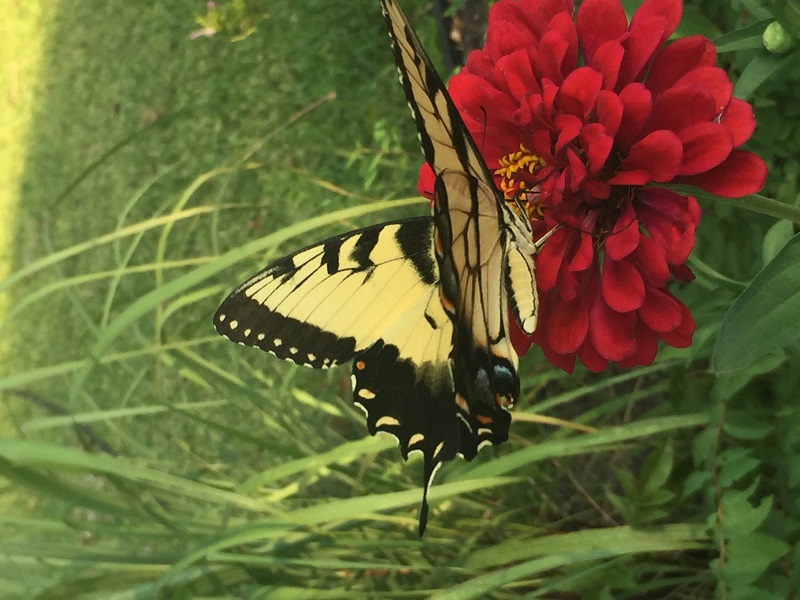 And Marie Pavlovsky sent us video of a Red Admiral on purple trailing lantana. Milkweed is a definite favorite: Rob Seiler’s 9-year-old got this great picture of a Monarch on milkweed last fall. 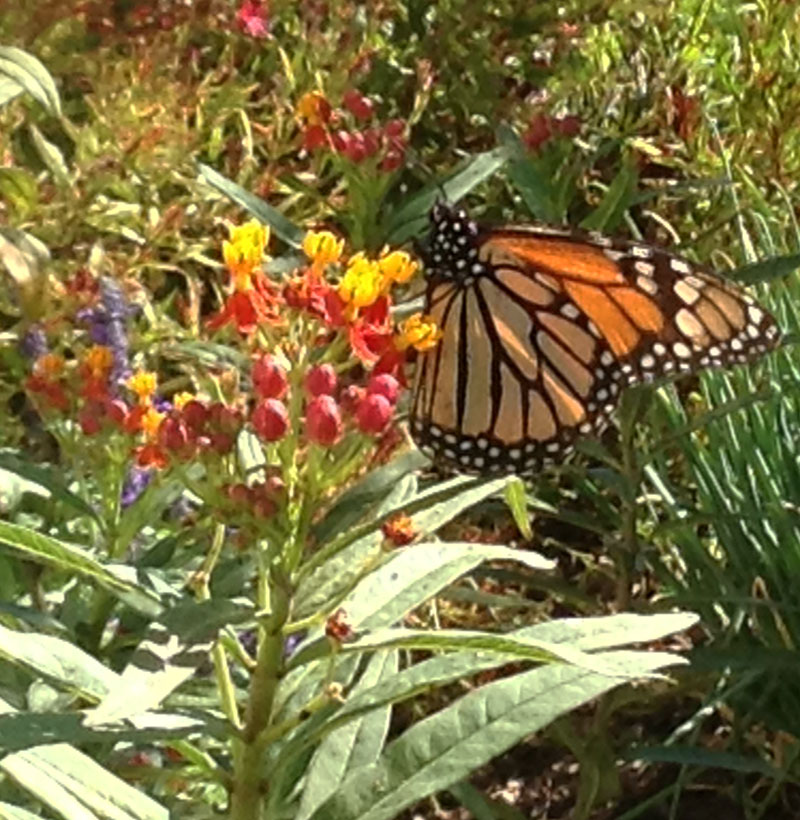 And Robyn Squyres sent in a great video of two Monarchs on a tropical milkweed. AND a picture! 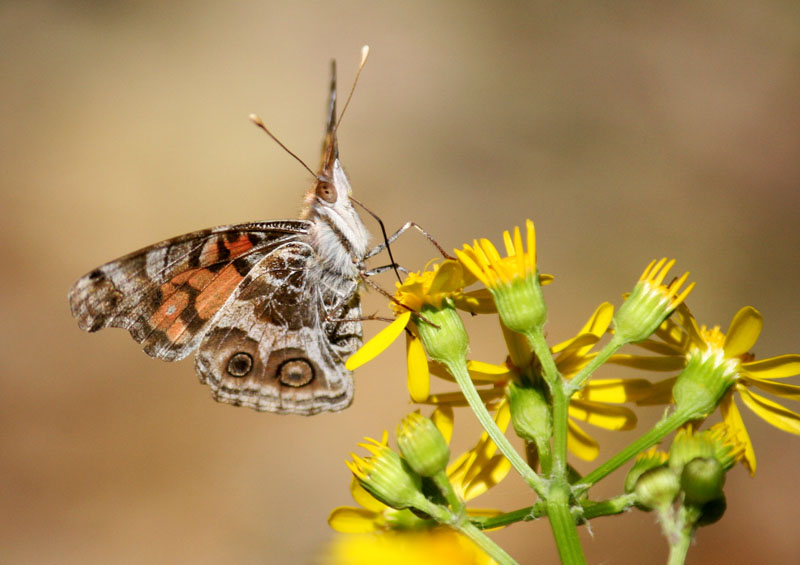 In late winter and early spring, she provides a little supplemental diet. Red Admirals are really going for it in her garden. 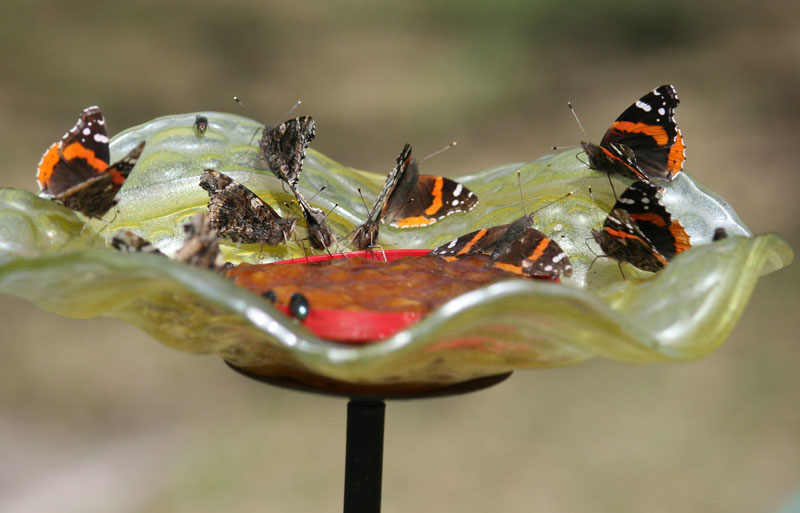 Here’s her recipe for Butterfly Mash: • 2 black bananas peeled and smashed • 1 tablespoon molasses • 1 tablespoon brown sugar • And about a third of a cup of dark beer (enough to make the mixture “soupy”) • Mash ingredients together and allow to sit UNCOVERED overnight to ferment, then spoon small amount into a shallow plastic lid and place in your garden.

Trisha sweetens our lives with stevia and why you want to grow your own if watching your sugar levels.