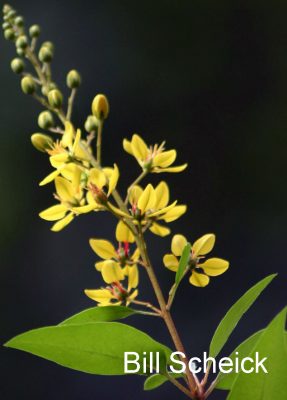 THE JOYS AND PERILS OF ZONE-PUSHING

At over 20 years old, the USDA plant hardiness zone map is considerably outdated, while the more recent Arbor Day Foundation version (www.arborday.org/media/map_change.cfm) reveals that Texas, as elsewhere in the U.S., is hotter now than in recent decades.

In USDA zone 8 (10-20″), for example, there are Austinites who for a number of years have been successfully growing zone 9 and even zone 10 plants in the ground. That’s zone-pushing.

Obviously Texas has gotten warmer. My flowering quinces, which used to bloom in February, now start blooming around New Year’s Day. Actually, I have photos of quince blooms with snow.

Maybe I should feel sheepish about hawking zone-pushing after our past winter with a few days in the teens. That can happen in Florida, too. The fact is, nonetheless, Central Texas has grown hotter.

9 months a year I use potted tropicals, usually considered houseplants including schefflera, along lightly shaded wood fences or under trees, where most in-ground plants frequently struggle anyway. Their visual impact is wonderful.

The warming trend not limited to our state. Cherry blossoms in Washington, D.C. appear earlier than decades ago, and Chicagoans see snowdrops unexpectedly flowering in January. Those oleanders and brugmansias we tend to take for granted in most of Texas now survive in Atlanta — officially zone 7, incidentally.

Zone-pushing is gambling with nature, with nature having house-odds advantage, but many gardeners love the challenge of beating the odds and getting unique effects in their yards.