How To Kill Plants 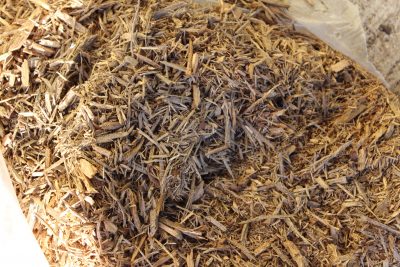 There are certain places in our yards and gardens where we don’t want things to grow. Maybe it’s right next to the house or a fence line or near a walkway and around electrical components, where it’s dangerous to use a weed eater. Or, we want to kill off grass or weeds in a new path or garden.

One option is to use an organic herbicide, one that you can even make yourself.

You could also solarize the soil by totally covering it in clear plastic in hot months. Wet the soil in advance for best results. But that can also kill beneficial soil microbes. This can also be difficult to maneuver if you just need to suppress a narrow or small area, or don’t want to damage valuable plants nearby.

Mulch is a great way to suppress plant growth, but it isn’t always effective in the long term, since it breaks down fairly quickly with our heat.

To make your mulched areas even more effective: layer newspapers and cardboard on top of that.

I do this for pathways and large areas under trees where I don’t want oak sprouts coming up.

Use several sections of newspaper. Do not use the shiny, slick advertisements that may contain chemicals you don’t want in your garden.

If the soil is bad, sprinkle compost first. Then, add your newspaper. The newspaper helps to suppress growth, and adding the compost will increase microbial activity in the area and make the suppression even more effective.

Layer cardboard on top of your newspapers, making sure that all is covered. Use only brown cardboard; don’t use white cardboard that’s been bleached with chemicals.

On top of the newspaper and cardboard, I prefer to use the bigger chips of mulch, because they last longer than the more finely shredded mulch.

Another effective measure is to add soil sulfur. Generally, soil sulfur can help lower the pH of our soil and make it more acidic. In larger quantities, it actually makes the soil toxic to the point where plants will not grow.

So, around my septic tank and my pump for my septic tank where I don’t like to use weed eaters because the weed eaters can be very hard on the plastic, I’ll use sulfur. I use the granular soil sulfur, the chunky stuff. It is mixed with bentonite clay, so it tends to stay in the soil longer and leach out more slowly. Spread it about ?? deep in 3-4? bands

Another great benefit: It acts as an insect repellant and as a pesticide. Apply a band around your house at the base of the foundation. You’ll find that you have fewer issues with insects crawling into the house at those points.

Sulfur will eventually leach from the soil, and have to be replenished. At the same time, you’re not making your soil permanently toxic like you might with some other chemicals.

Article Type: How To