Update:  the Lady Bird Johnson Wildflower Center identified the mystery plant from last week.  Here’s the word: Yep. It’s a weed.  Youngia japonica, Oriental false hawk’s-beard.  It’s a fairly recently introduced species to Travis County, but rapidly becoming established here.  I’d recommend she remove it and all of its remaining seeds from her garden and carefully destroy them.  Here are some links with more information:

Well, pooh. Guess Harvey gets to destroy it.

He’ll certainly look pretty when he eats it, since last Saturday, I didn’t hit the garden after the usual errands and house chores. Instead, we got Harvey “pruned” at Bunny Spa Day: a dearly needed manicure and “hare styling” to wrangle his spring molt. He was very polite to the House Rabbit Resource volunteers. Even during the medical checkup and ear cleaning, he didn’t get us thrown out by “woofing” at anyone. 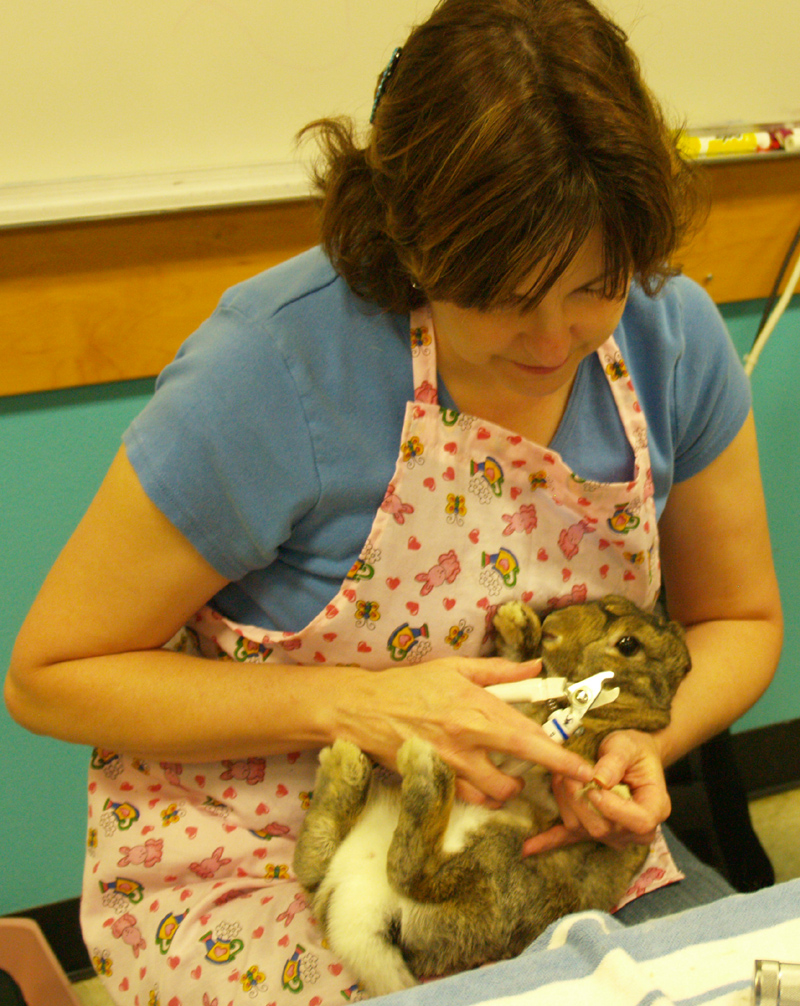 On Sunday garden chores, I moved a few things and pruned others.  Mainly, I went around to decide once and for all what to add this spring. 10 minutes later, when exploring options for CTG May, I started revising.  I’ll wait to see what the experts say.  And in coming weeks, our fabulous guest line-up will have me revising again, I know.

You may remember a few months ago when I cut off the root ends of the leeks I bought for soup.  Here’s one of them almost all grown up. 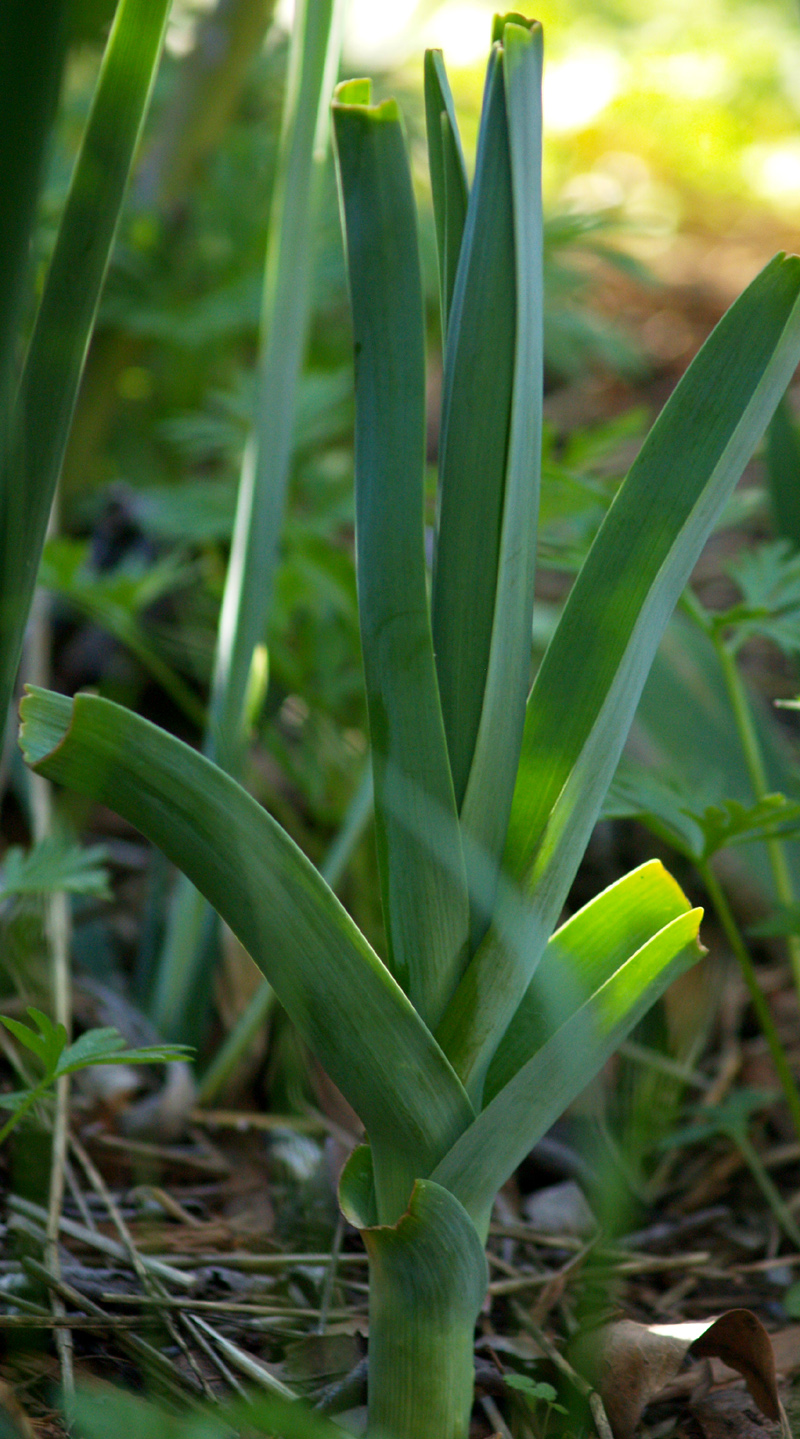 I love fun with grocery store food!  For years, I had gingers in pots from pieces sliced off from dinner’s remains.  We grew a pineapple and when it birthed a little one, we ate it, planted its top and got another one.  I’ve had success with planting sprouting garlic.  And we always get potatoes in the compost pile.

White still rules with narcissus, the viburnums, and the Mexican plum in its spring tutu. 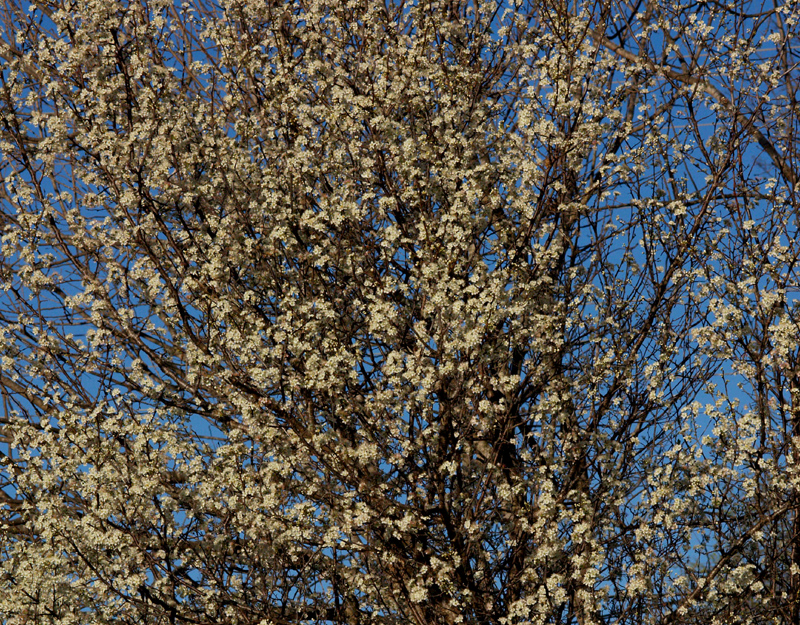 From his rooftop perch (via the cat ladder), Sam told me he thought it was great, too. 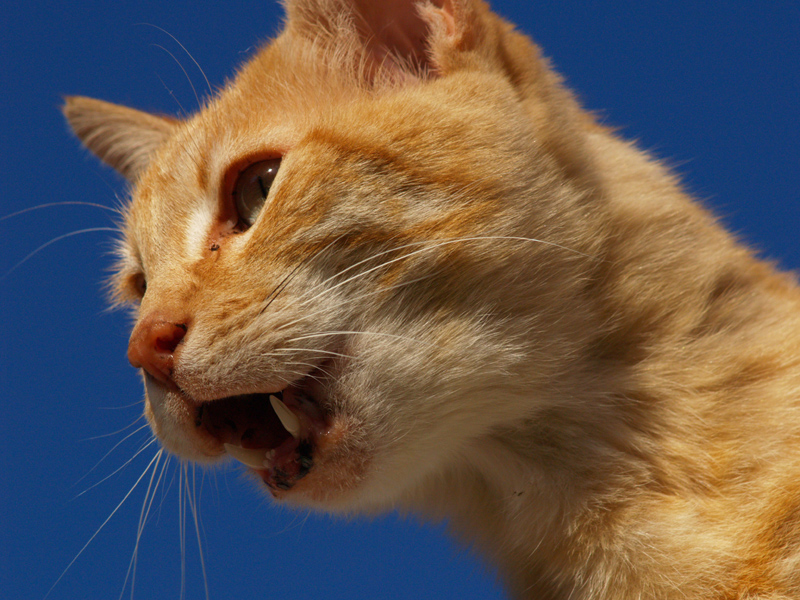 But yellows keep sneaking in, like the golden groundsel (Packera obovata) in the back fence bed and crape bed. 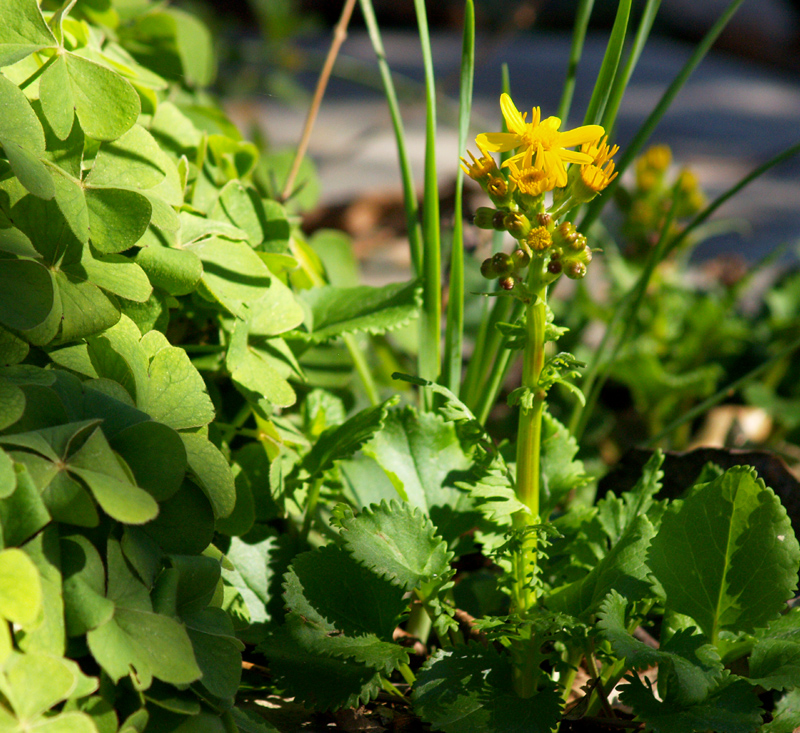 At the back of the cat cove, the Lady Banks rose is teasing us with the explosion to come, but for now, the first spiderwort under its canopy is in charge. 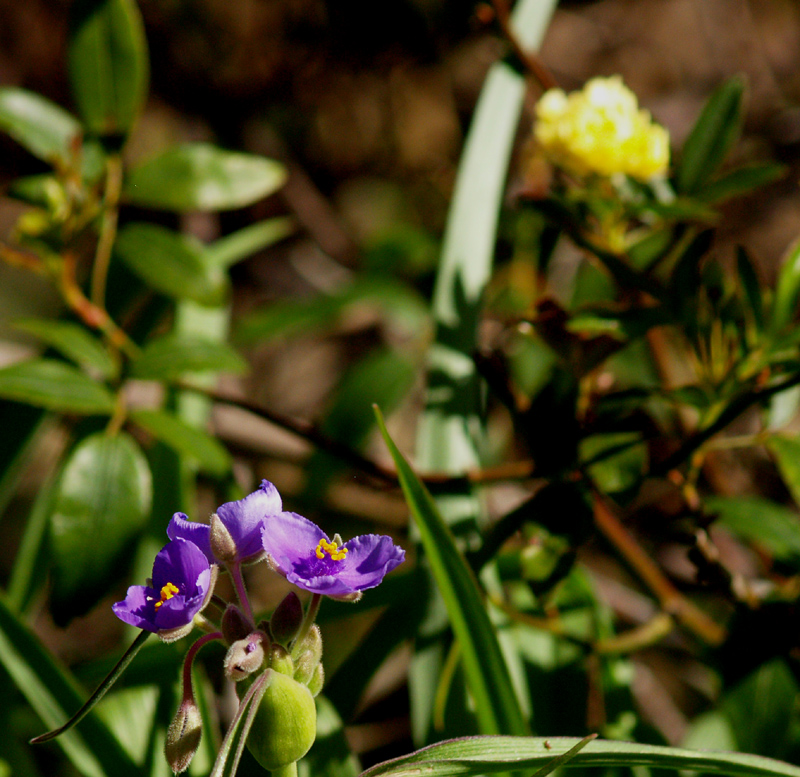 This guy in the Lady Banks wanted his Facebook picture. 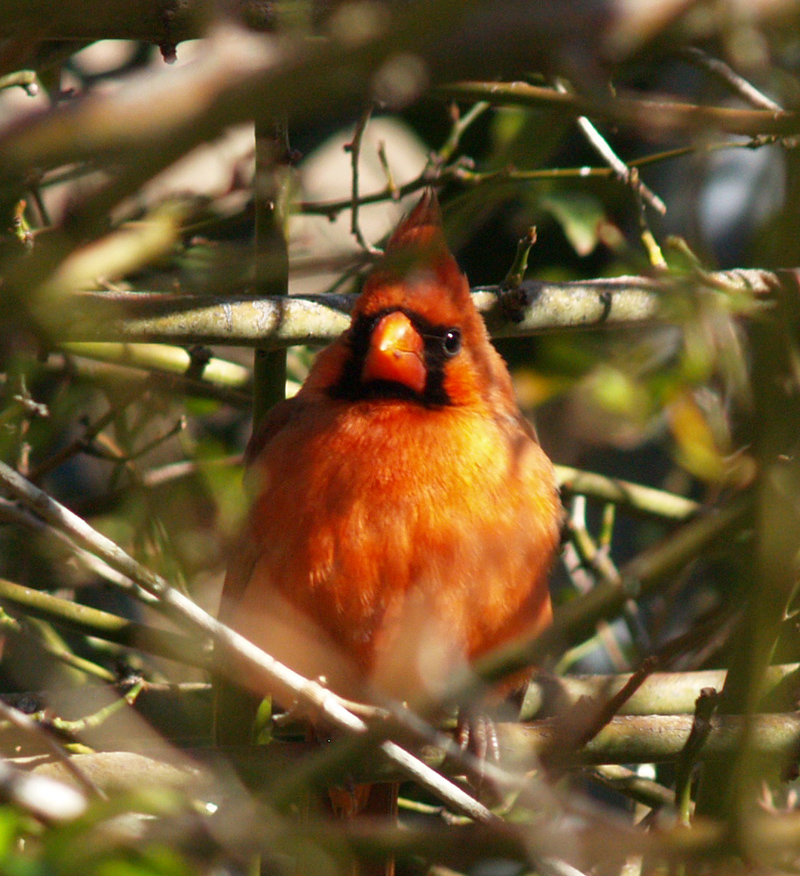 Here’s another narcissus ‘Sweetness’ in the crape bed. 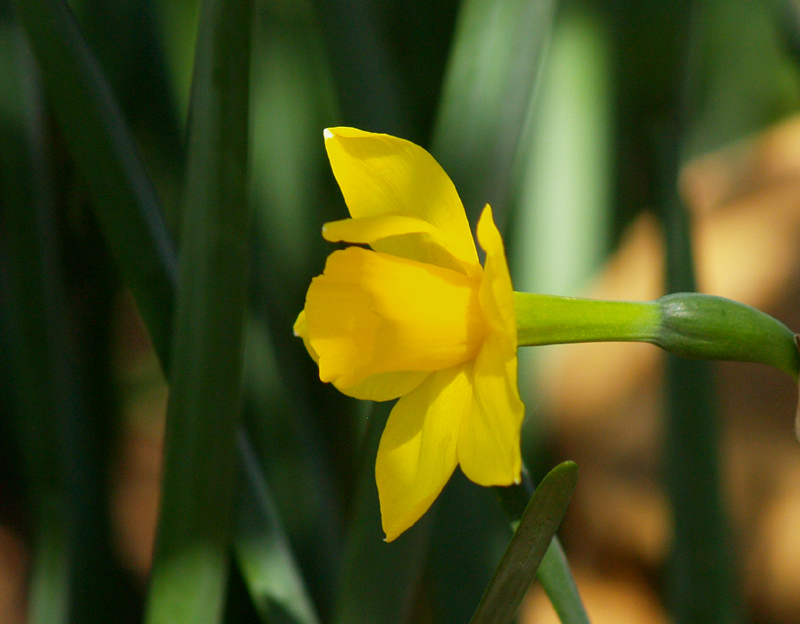 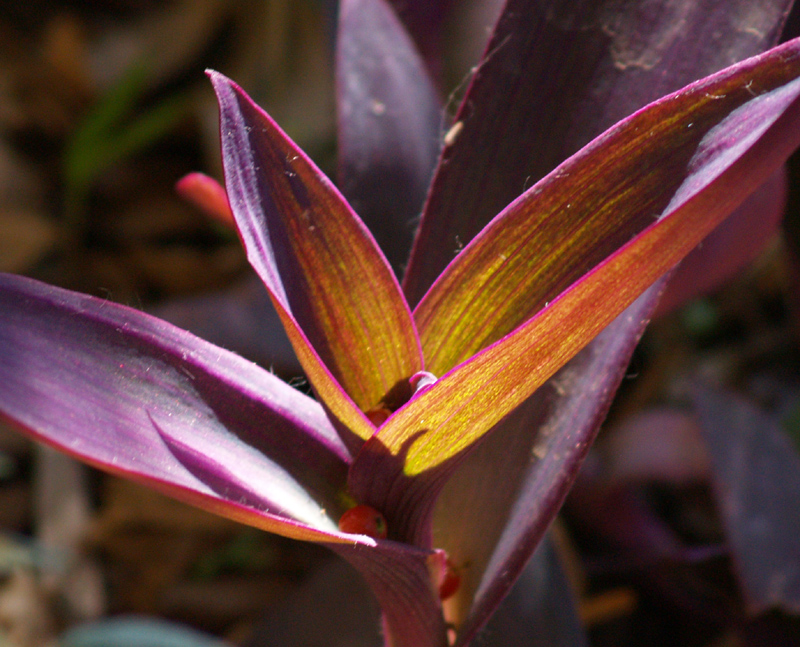 The Dutch iris knows that it’s still winter, sort of. 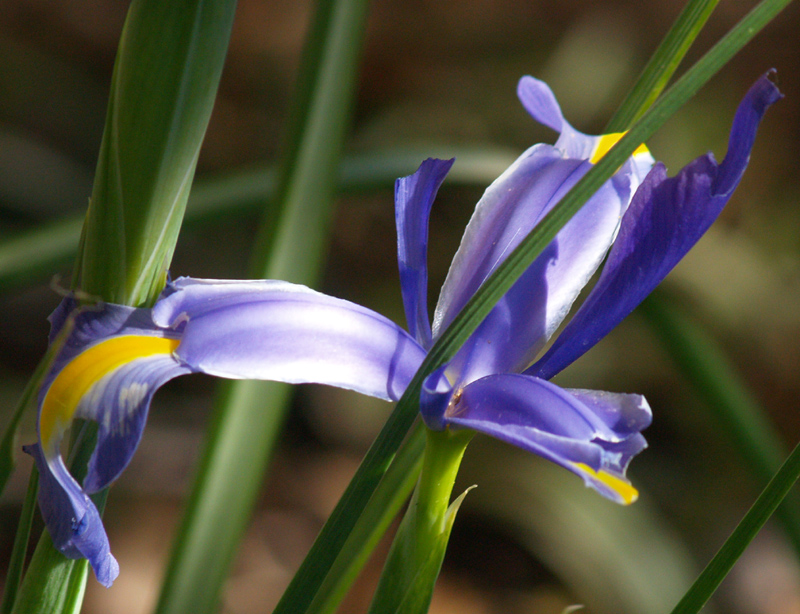 Here’s another flower on the Pelargonium sidoides. 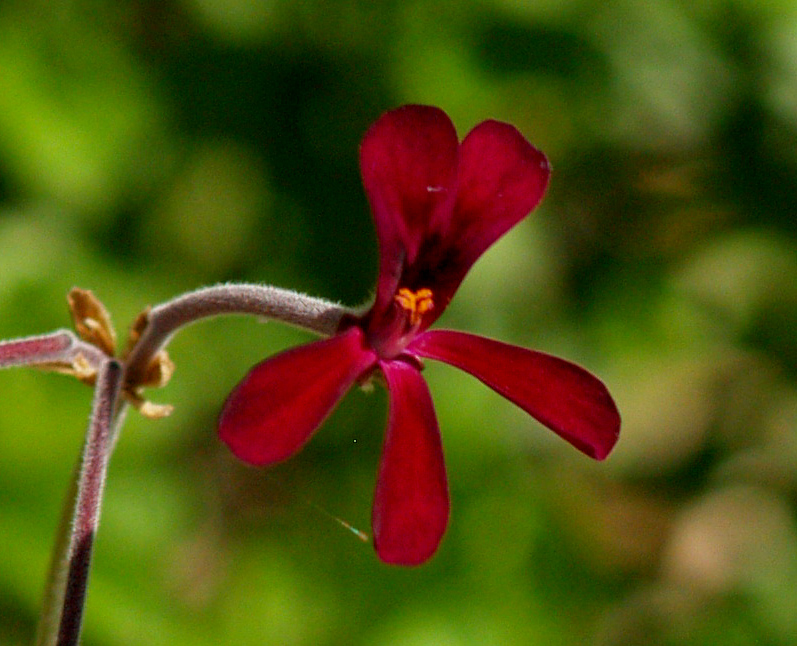 And speaking of, guess who’s our guest with Tom this week?  Indeed, it’s Tom Peace himself.  Since he’s only in Texas part of the year, and pretty darned busy at that, it’s a real luxury when we can nab him for Central Texas Gardener.  This time, he speaks to the cool season transitionals for vibrant attention against our structural evergreens.

And, to illustrate how he combines ephemerals and seasonal returns in his Lockhart garden, we captured it last spring for this week’s garden on tour.