In fall, one minute everybody’s shyly flirting, like this ‘Country Girl’ mum. A few days later, they stampede your heart and introduce you to their friends.

Since spring, I’ve been waiting for this one to open up to me. 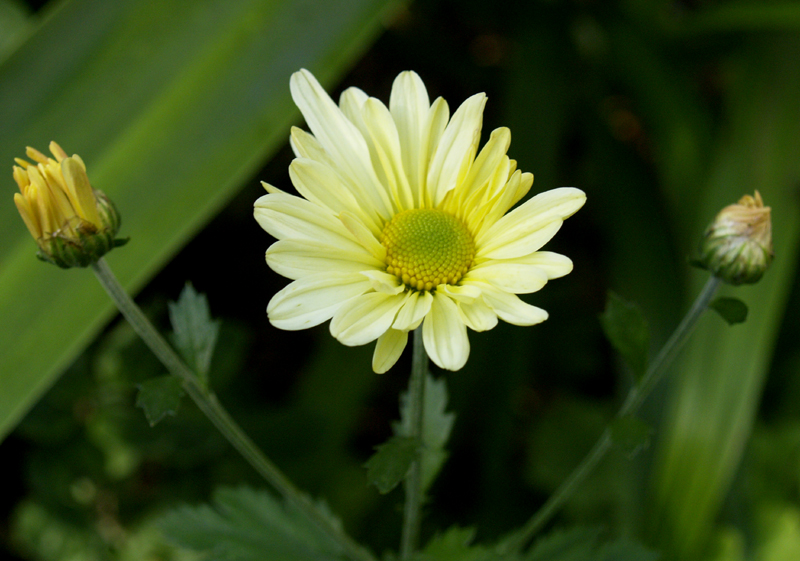 It’s one of my spring Tom Peace finds from The Natural Gardener, Dendranthema ‘Butterpat’.  Chrysanthemum, under its new botanical name. According to Peace, it’s looking for a long-term relationship. It won me with its promise of soft yellow.

For spring, I have columbine, and in summer, my recent spider lilies Hymenocallis ‘Sulphur Queen’ (though want more). Now, there’s ‘Butterpat’ for fall. 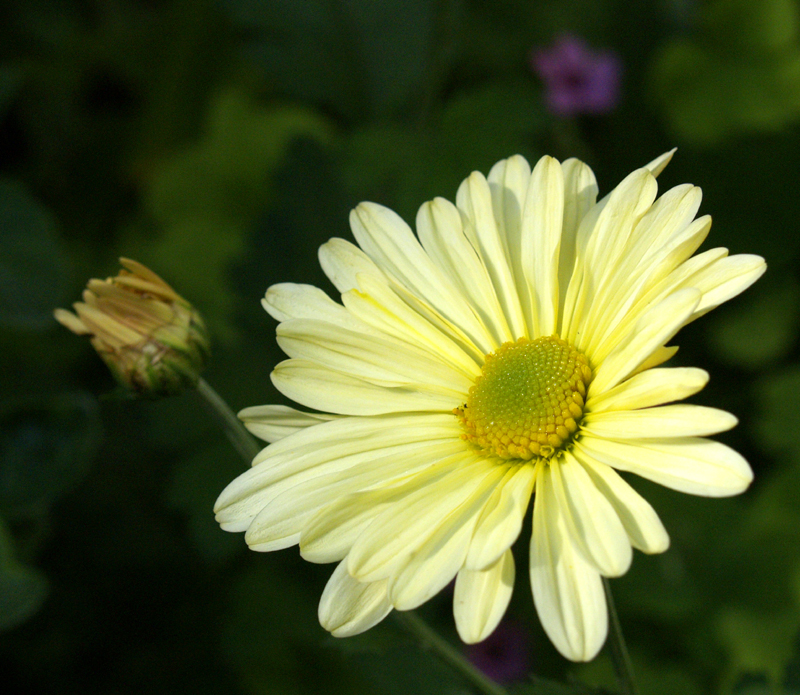 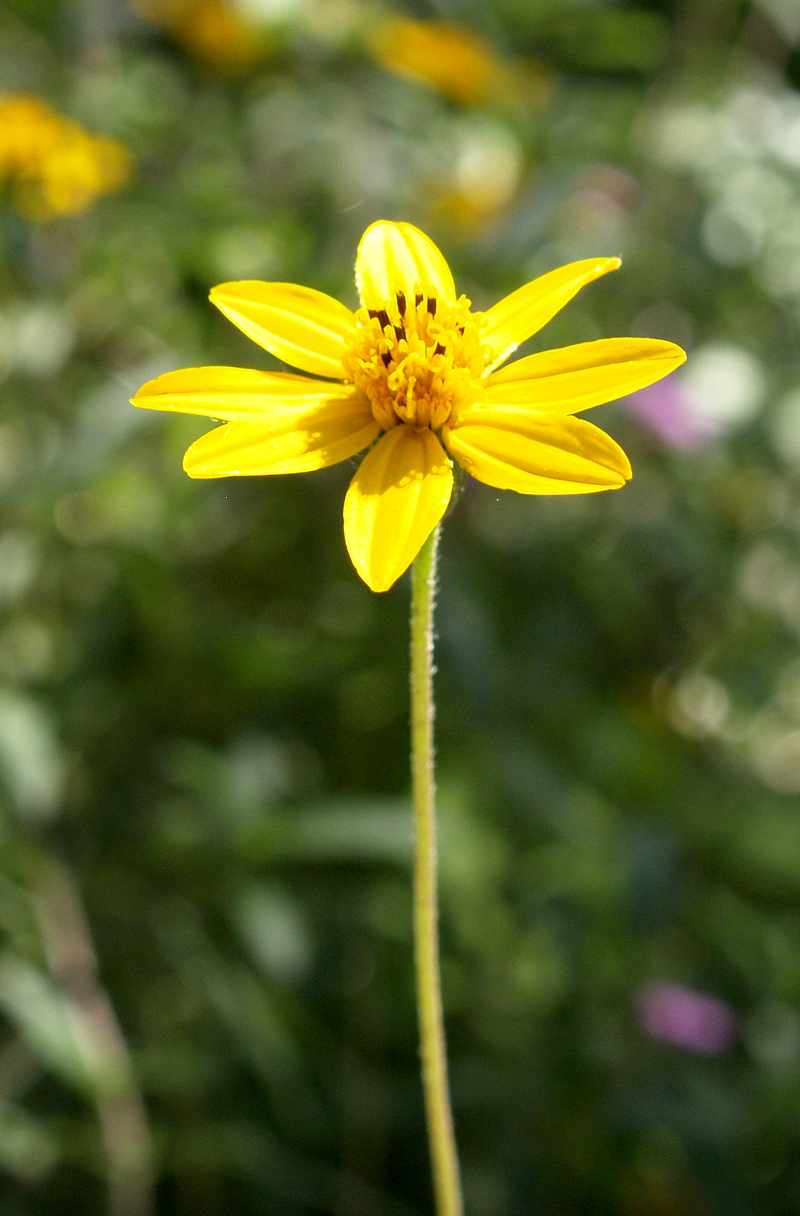 Oh, and yellow-orange, from my Satsuma oranges!  Only four this year, but this was its first year in the ground. Abundant flavor they did not lack. Even the peels are delicious!

These days, it can be hard to see the flowers for the nectaring insects, fueling up while they can, including these on Knock Out. Wizzie Brown thinks they’re some type of fly. 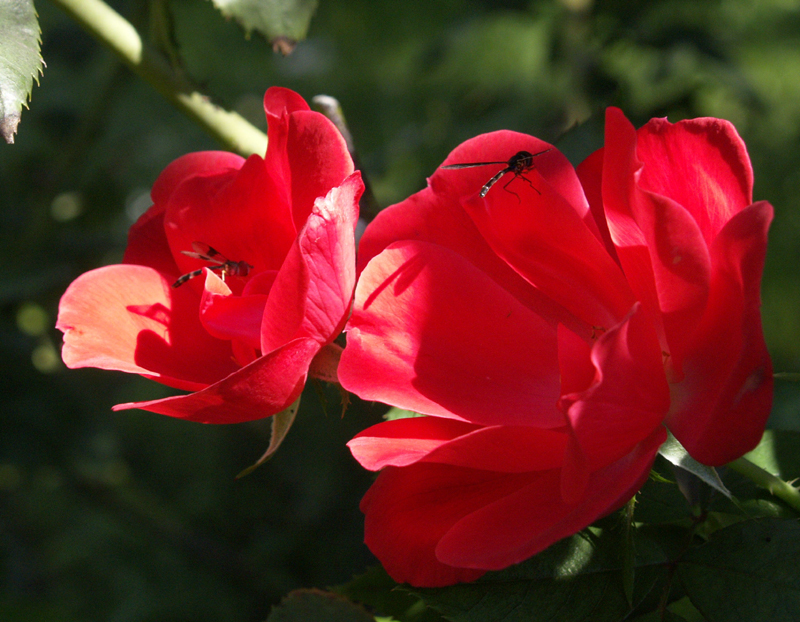 Since fall means that some relationships are winding down, like with basil, this week Trisha shows how to keep the flame going all winter. She also shows how to dry Mexican mint marigold (Tagetes lucida) for its flavorful leaves. It’s quick on the rebound come spring, so don’t pack its bags. 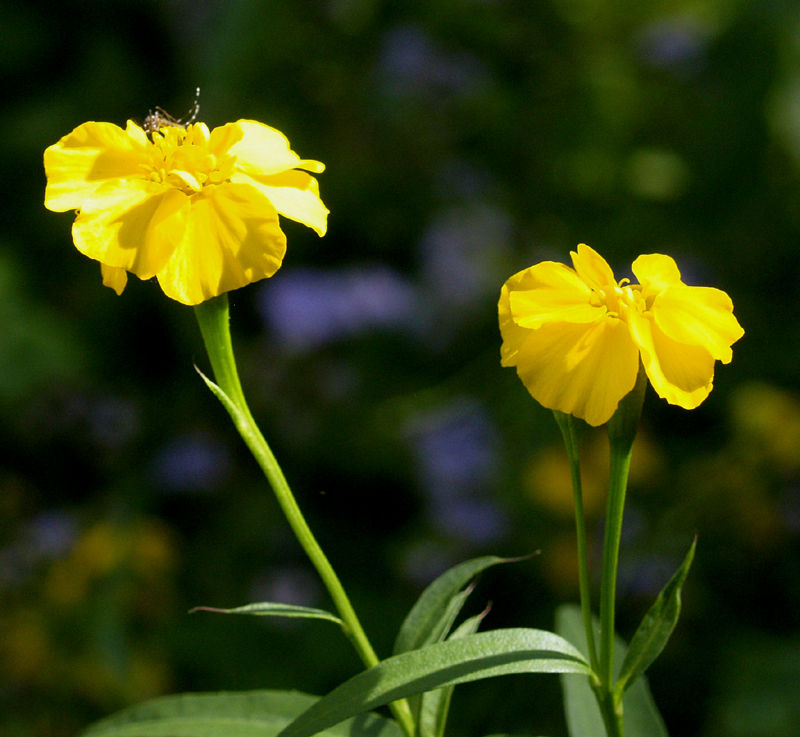 This week, arborist Guy LeBlanc joins us again to answer a few more of your tree questions. One I’ve heard a lot lately: “My tree has died. How close can I plant a new one to the stump?”  He gives us some good choices to replace the ones that didn’t make it, and how to plant and keep them healthy. His complete list of trees, from small to large, will be on CTG’s web site.

One thing you want to avoid:  buying a tree with girdled roots. If that’s the only choice, here’s Guy’s picture to show you to cut those roots and break things up a bit. Be firm with it and disentangle those pot-bound apron strings, unless you’re looking for a short-term fling. He recommends spreading out the end still attached to the tree. The severed end can be removed. 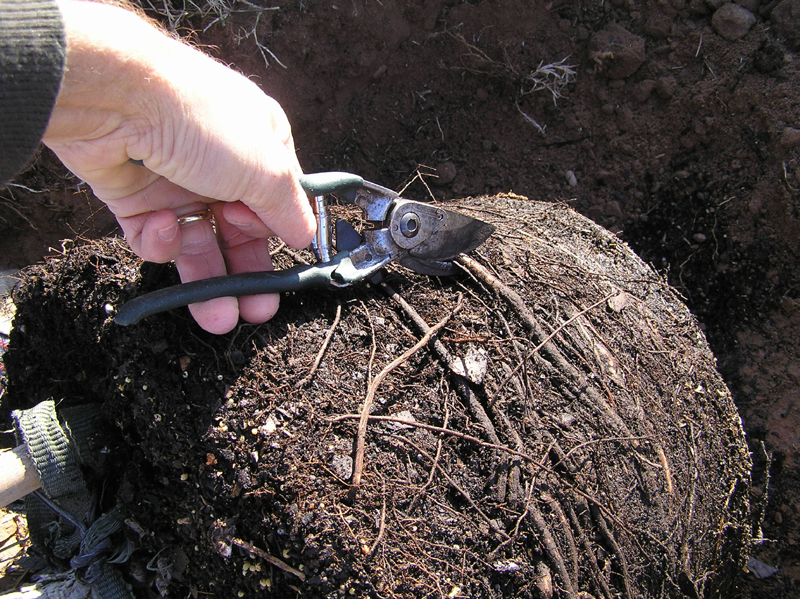 On tour, prepare for captivation in San Antonio at Gail & Don Clowe’s. 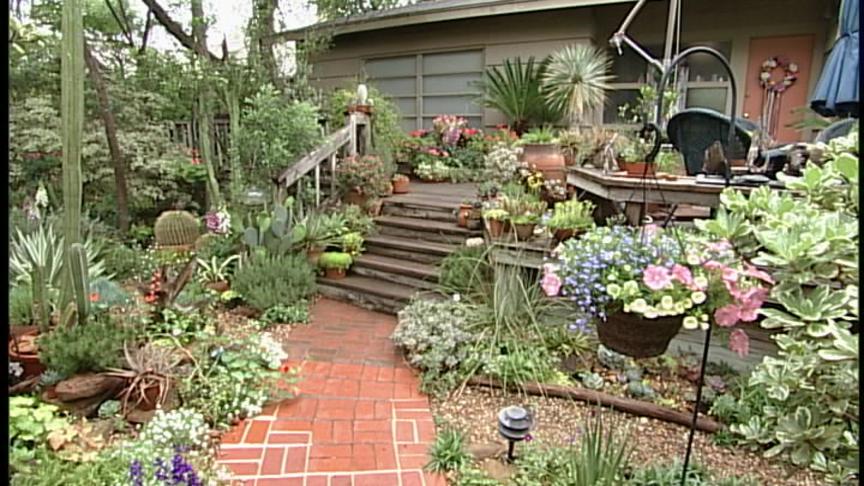 Front and back, Don’s merged his passion for plants with impressions from world travels.

On their “treehouse” deck in front, experience Japan and its soft segue into the equally sculptural intrigue of the Southwest.  Especially significant is their dedication to beloved family members through stones of remembrance.  Travel to the back for another haven, fragrant with orchids. Along the way, share Don’s philosophy behind his DIY design.

Here’s another story he just shared with me: “One of the greatest gifts my late father gave to me, like most great gifts, was totally unintended.  He ordered a truckload of topsoil to be delivered to our house, which he planned to spread on the yard. Of course he got busy, and the pile of dirt stayed there for months. But for me and all the young kids in the neighborhood, this was as if Disneyland had come to Corsicana.  At the crack of dawn we were up digging, tunneling, and racing to the top of the hill. King of the mountain, I owned the mountain. It struck me later that, here, more than sixty years later, I’m still like that little kid, I can’t wait for the sun to come up, so I can go play in the dirt.”

I just learned that the Clowe’s garden is slated for The Garden Conservancy tour May 1. Mark your calendar and stay tuned for details! You simply must meet Gail & Don!