Farewell to best gardener ever, Spencer-cat

This morning we bid goodbye to one of our best garden friends, Spencer-cat. 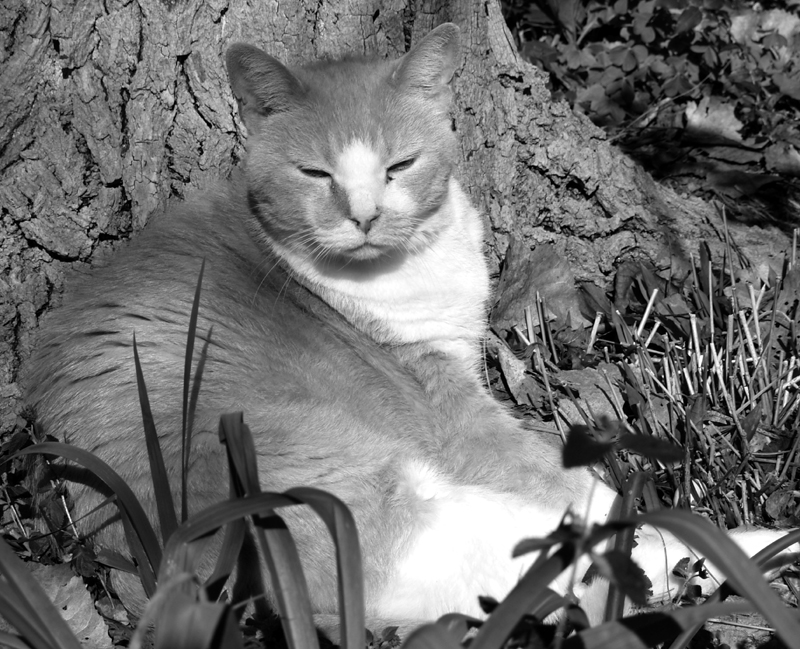 I know that many gardeners go through this loss.  Actually, one time a gardener we taped was worried whether he qualified, since he didn’t have a cat. He noted that almost every CTG garden included one.  Hey, that wasn’t my idea! Gardeners just seem to attract cats (or dogs, too, of course). And more than once, years after a taping, I run into gardeners and find out that what they treasure most about the video is the beloved pet who is no longer with them. So, camera operator Ed Fuentes & I make a point to get every (willing) pet in!

But, until we rescued our first little group of ferals, I was so allergic to cats that I kept Benadryl with me on every shoot. Without it, I’d get so sick that I came close to catastrophe.

Then a feral mom brought us her starved kittens one very hot summer.  I was so determined to save this little family that my allergies disappeared!  We became cat parents (and learned a lot about how to turn ferals into pets).

In 2001, a mature cat showed up and refused to leave. The other cats tried to chase him off. He sat stoic.  We took a picture with our first cheapie digital camera and I made a flyer to take around the neighborhood. A neighbor said it looked like the cat that had been left when the people moved out.  Hiss.

At Windsor Park Vet, we learned that he was approximately 10. With our official “adoption papers” (the bill!), we named him Spencer, after Spencer Tracy, since he was so calm.

He was the first to adopt our initial rendition of the cat perch on a pear tree stump. My first experiment with free “baby” Photoshop software was to fix a scratch on his nose. 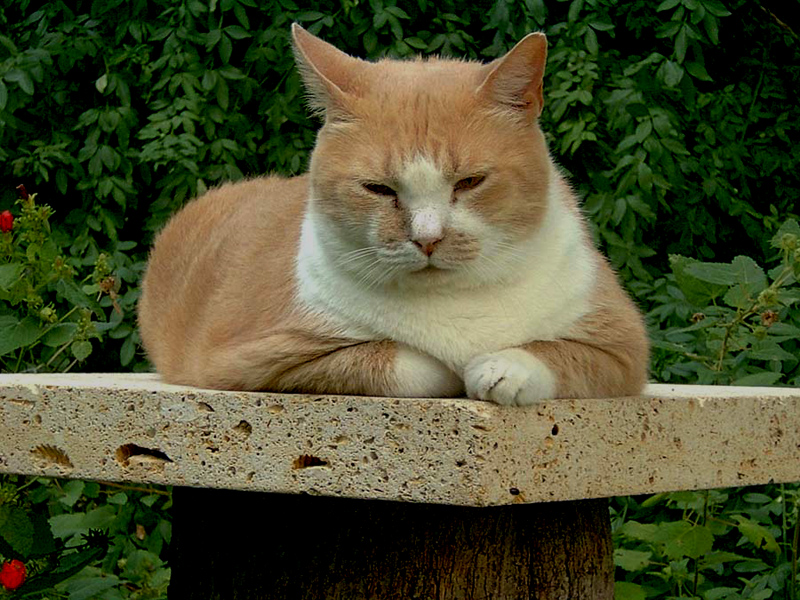 When we got Chester the cocker spaniel, Spencer was the first cat to accept him. Quickly they became cuddle buddies. 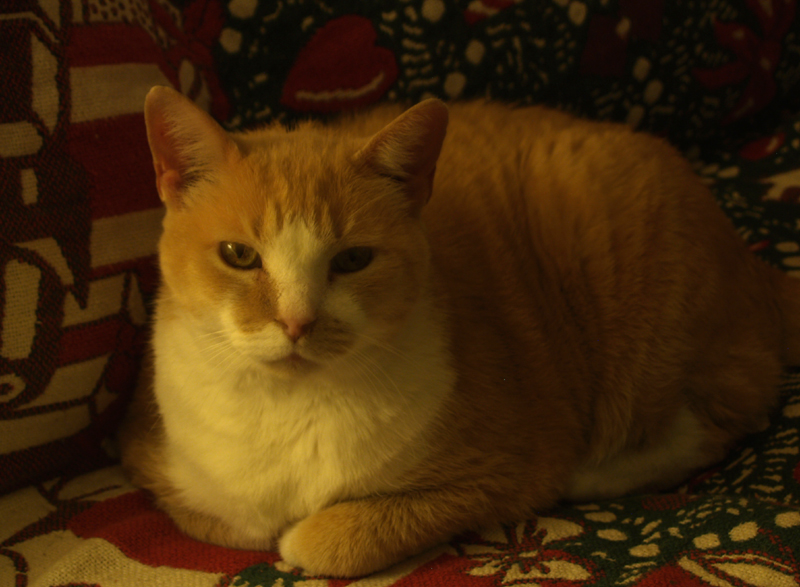 If you’ve suffered pet losses of your own, I highly recommend Cleveland Amory’s The Best Cat Ever. It’s the last of a trilogy that started with the rescue of Polar Bear, the cat that inspired Amory to start the animal sanctuary, Black Beauty Ranch.

Even if you don’t have cats, it’s a great read for Amory’s crazy stories of his life as a professional writer. And his funny tales of life with Polar Bear help soften the hard blow we must all accept in the end, and how to deal with it.

Before bed, I tell everyone that they’re the best cat/dog/bunny/husband ever. Try it sometime.  Something in your voice with those simple words is very powerful.

← Personal renewal in summer’s introspection
I heard a rumor that fall is on the way; time to get growing fall vegetables →