Pollinator Bloom-Fest Booked in My Garden

Nope, it’s not pumpkin spice season even though native aromatic asters are blooming their starry heads off. These cloudy and cooler-than-usual weeks tricked them into thinking it was October when daylight hours decrease. 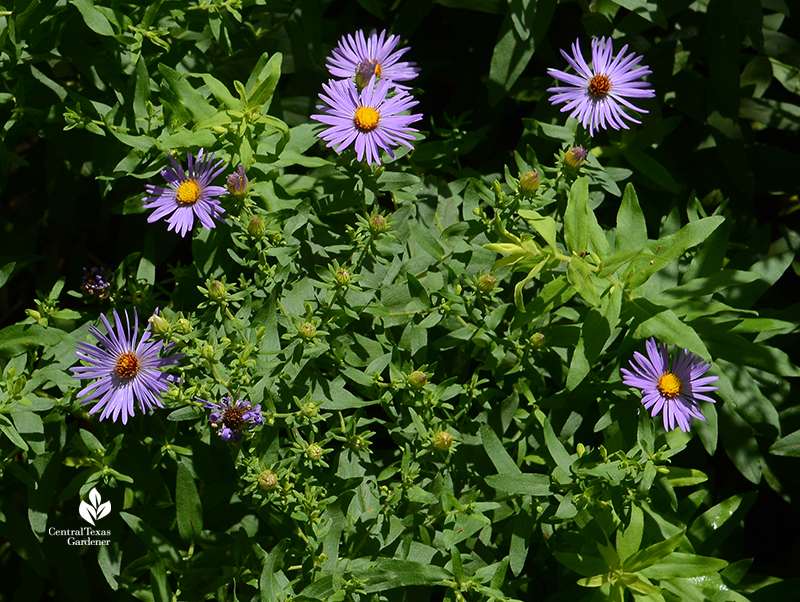 Thanks to measurable rain, my asters resemble a small forest, so I’m clipping back several inches, working around the flowering branches. I’ll take those off in a week or so. We want to finish grooming before July when we’ll stop pruning to make way for autumn buds. 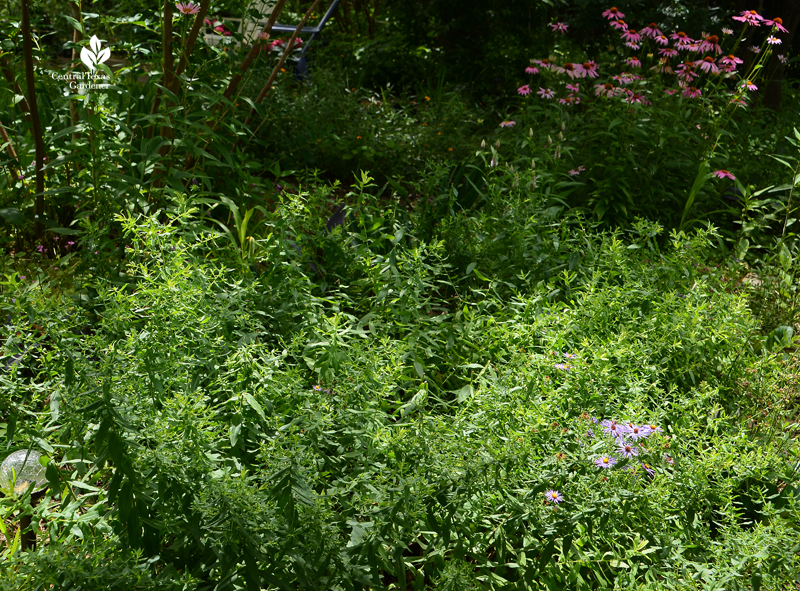 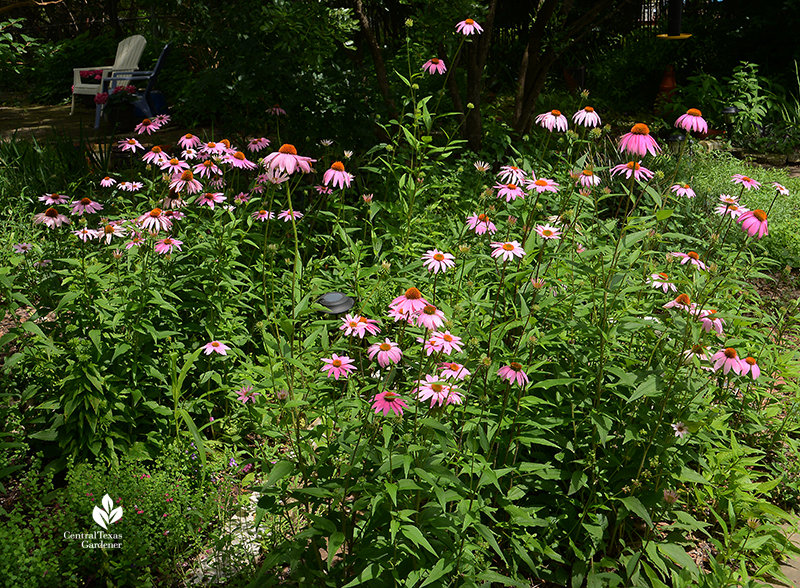 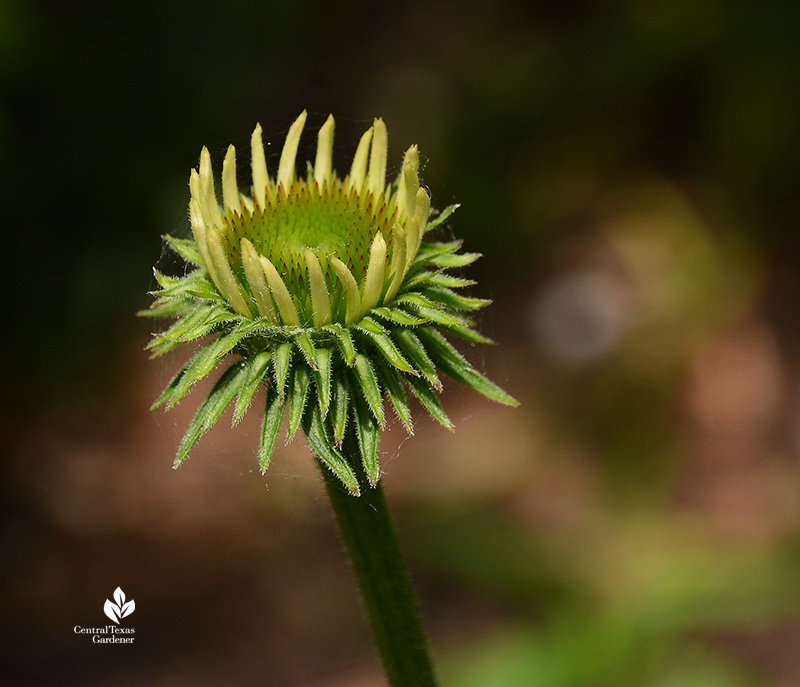 A few days later, the ray flower pink “skirts” swirled above the bracts underneath. 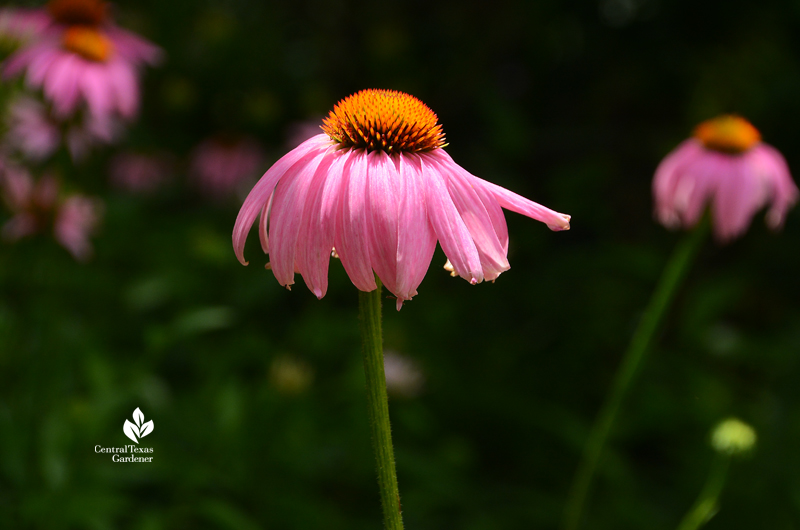 Nearby, native perennials Penstemon laxiflorus and Zexmenia customize dining options for various pollinators with “seating” inside Penstemon’s cozy tube or atop a composite Zexmenia “table.” 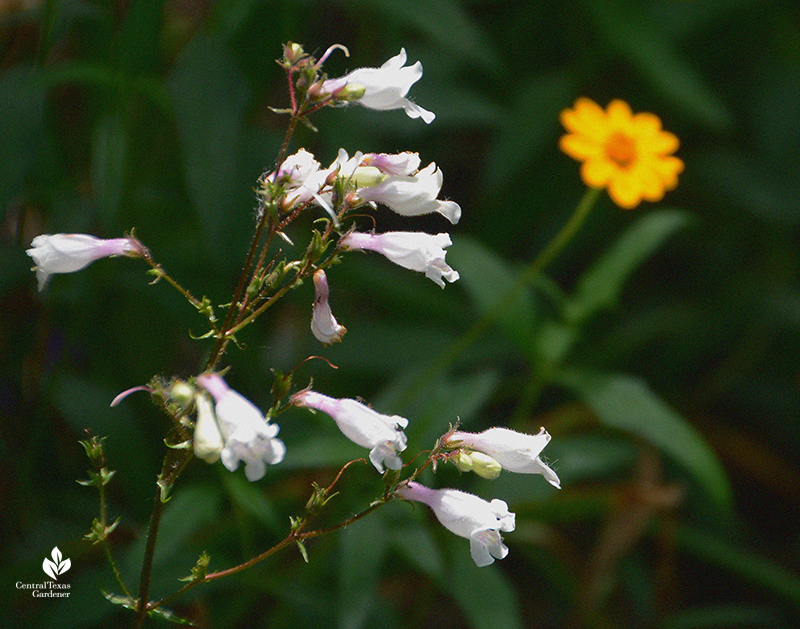 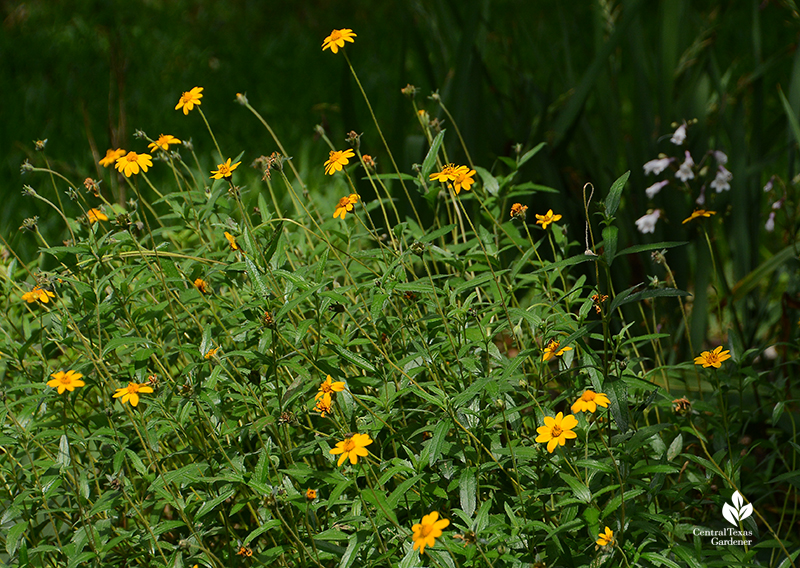 Mystery sunflowers (another in the composite family) showed up in a large container, twisting their broad heads to flirt with transitory sun rays. Like cats, they follow the sun, a phenomenon called phototropism in plants. I don’t know what it’s called with cats, but you sure better move any treasured breakable out of the way! 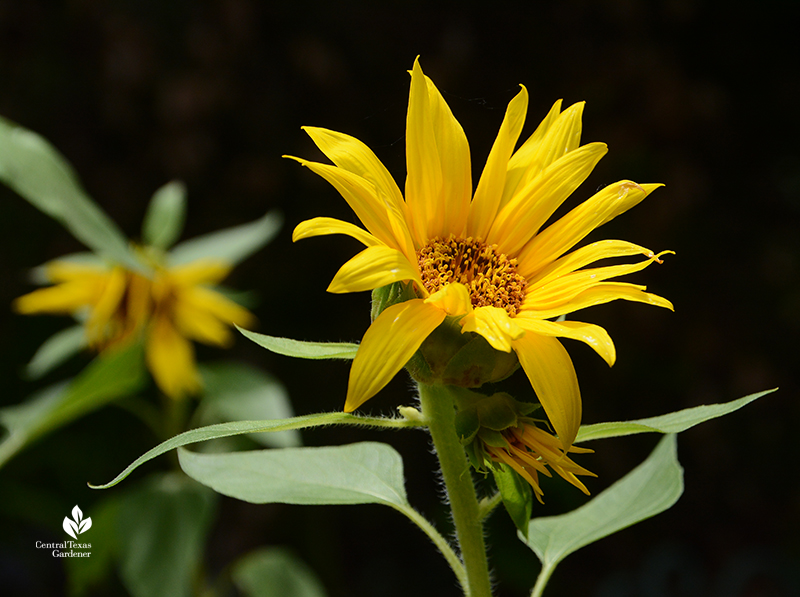 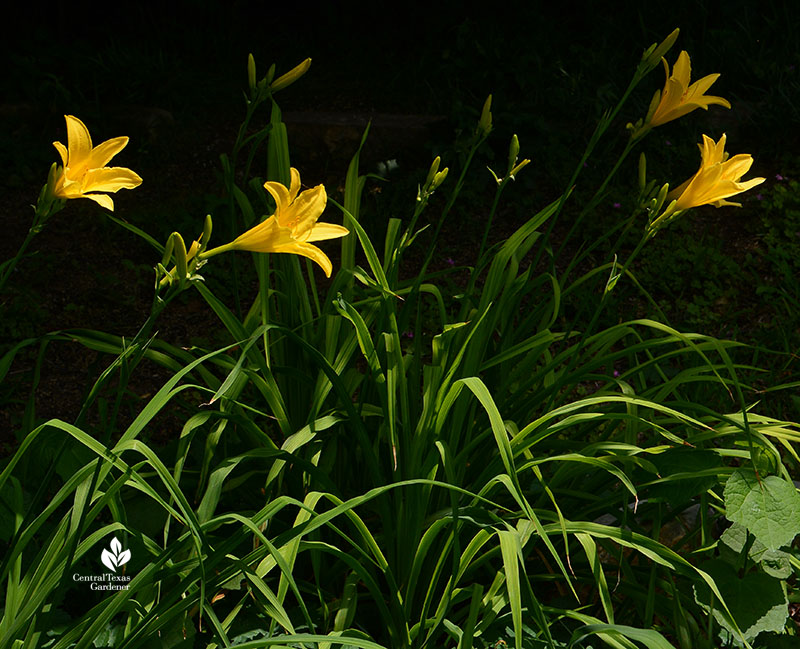 To my great surprise, six-year-old ‘Endless Summer’ hydrangeas made it through the great freeze in their containers. I did bring them up to the patio that we encase in greenhouse plastic, but we still lost succulents and plumerias. Even though they dropped their leaves—typical winter performance—they leafed out by early March. 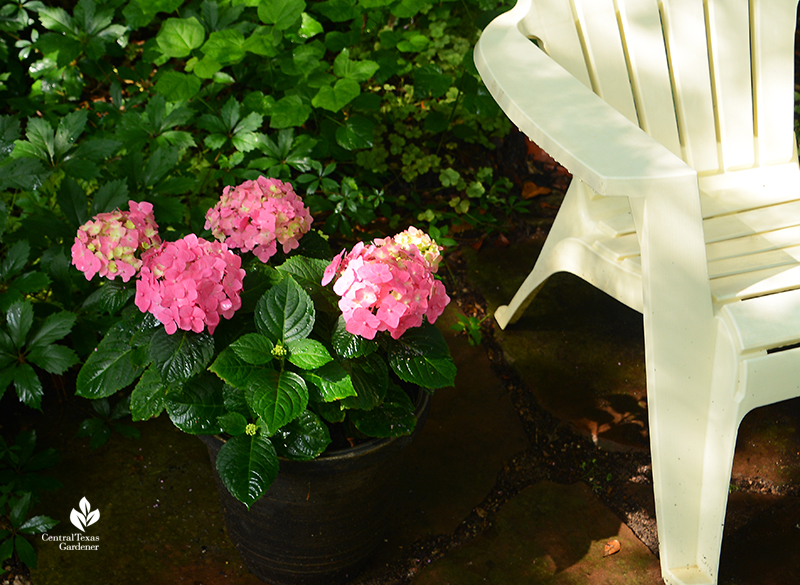 I don’t have any great secrets to share on these. I just planted them in a high-quality potting soil and keep in dappled sunlight in summer. 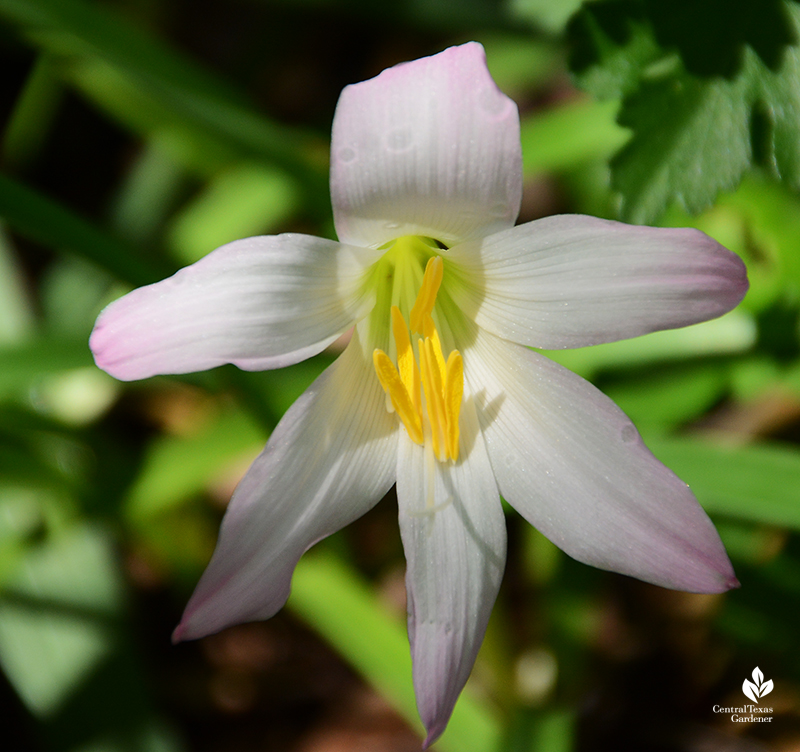 And into every rainfall, a little fungal disease must fall, especially in these humid-heavy days. At the same time, nutritional deficiencies become obvious. Tomatoes exhibit problems quite readily. Texas A&M AgriLife answers “Why are my tomato leaves yellowing?” to help you out. 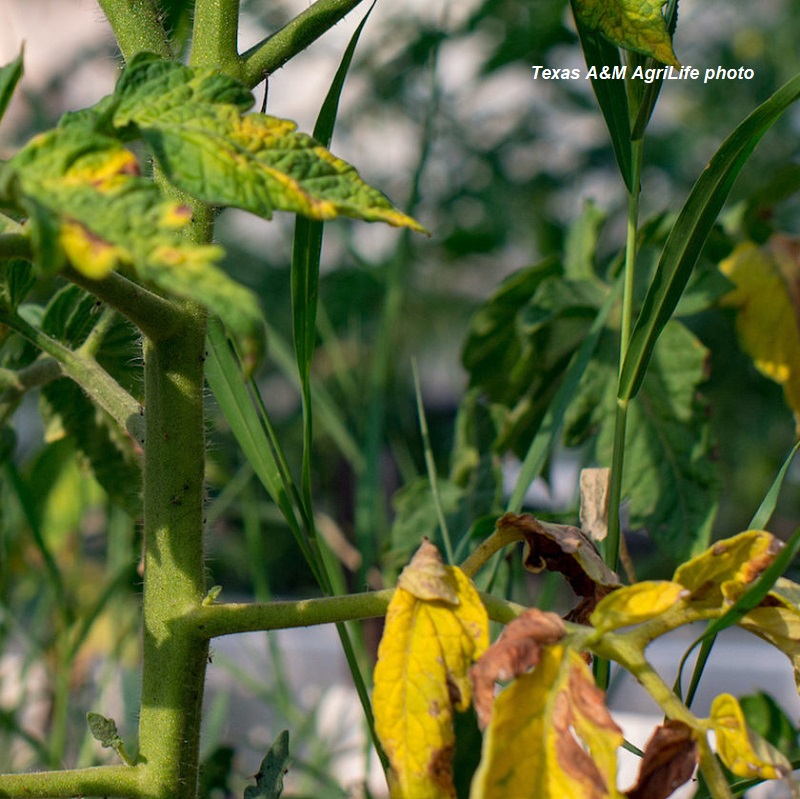