Nipped but Not Out! 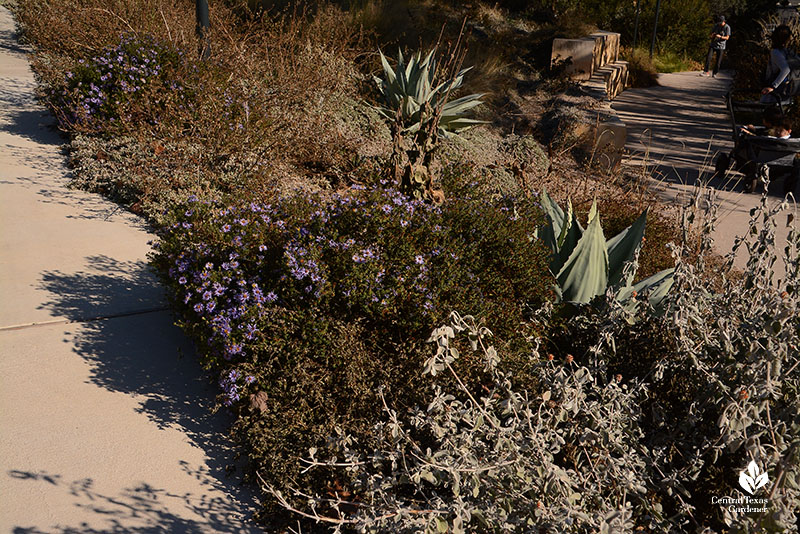 The ball sure dropped early in Central Texas with a swift downslide to 15° the last week of December. But it’s not “farewell” to our plants, other than some cold-tender succulents and tropicals. 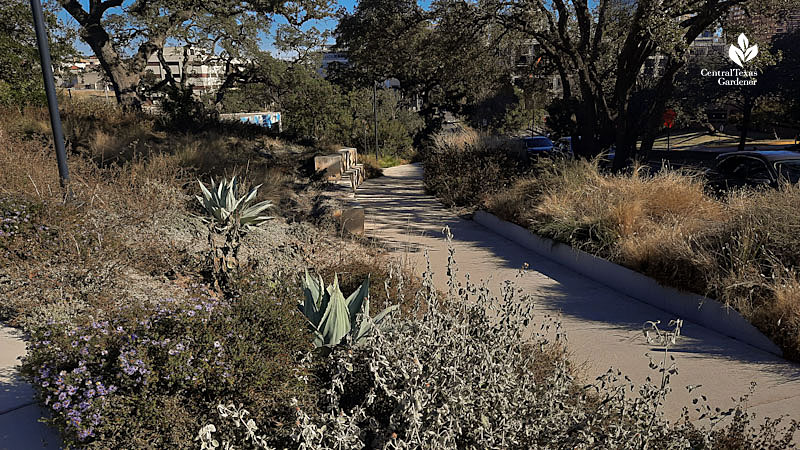 Native or hardy adapted plants will be fine. Sure, some browned on top or look a little crispy, like silvery desert globemallow (Sphaeralcea ambigua), but that’s usual for winter. The roots are fine, ready to bounce back with new growth in spring. 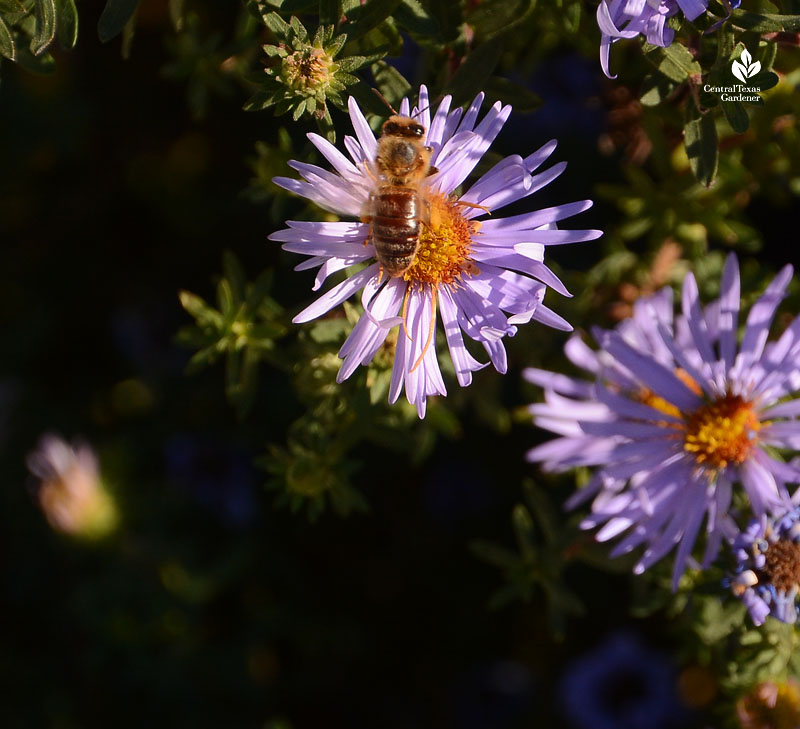 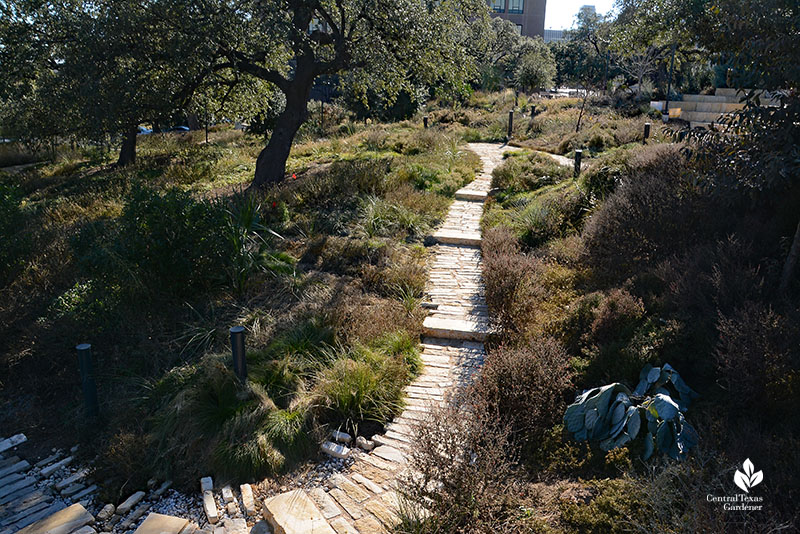 Evergreens remained true to their heritage to anchor layers of companions that change appearance throughout the year. 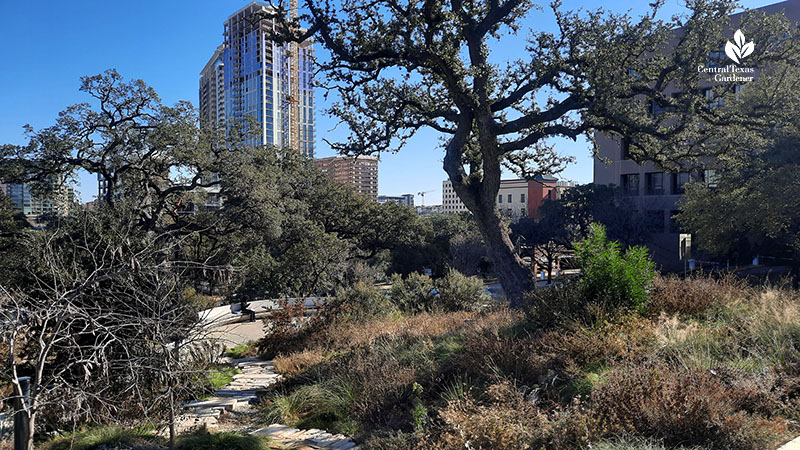 The golden hues of winter cast a warm glow over sunlit trails to celebrate plants that beautifully honor the season before rebirth in spring. 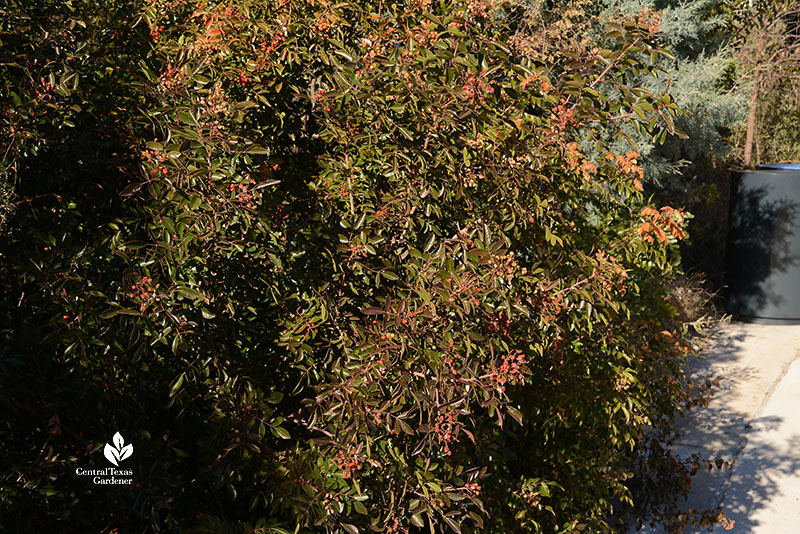 Birds and other critters can snack on the fuzzy fruits of evergreen sumac (Rhus virens). 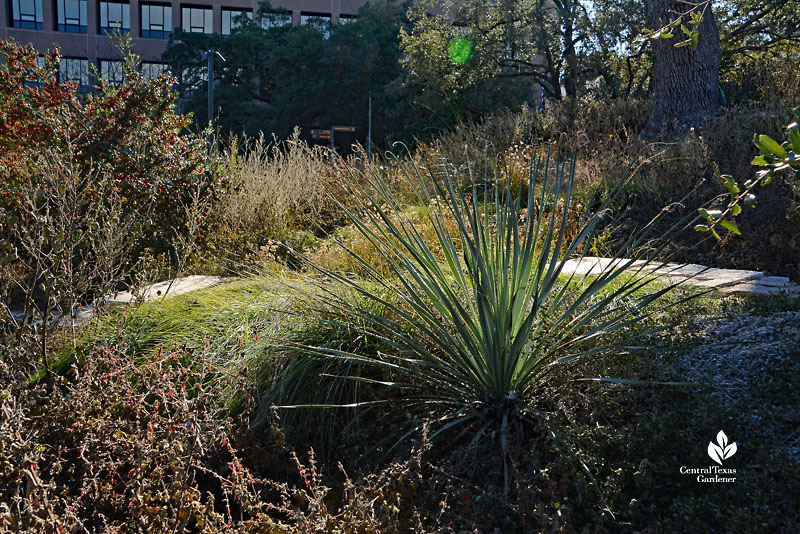 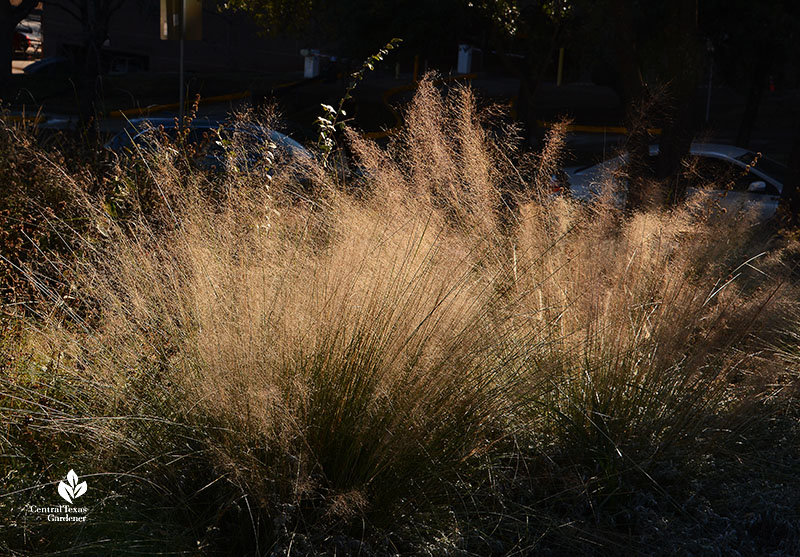 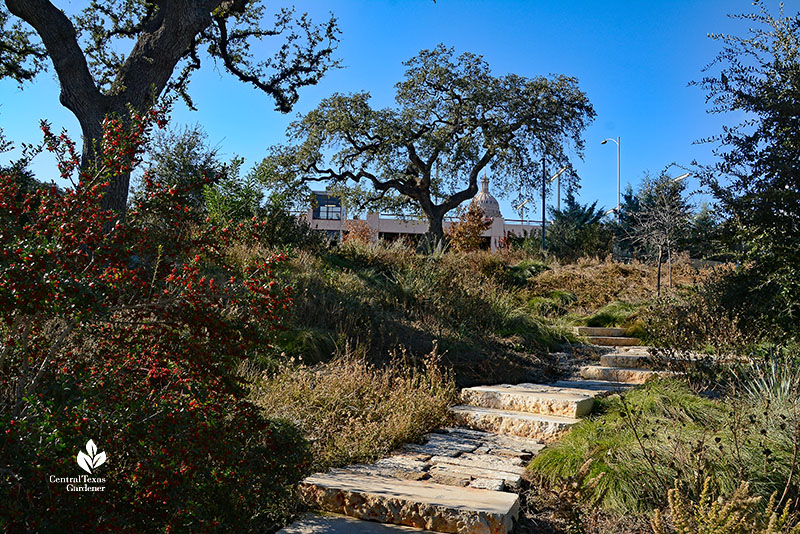 My garden hosts a lot of browned leaves right now, too, after a 17° to 80° weather spread in just a week. Progressively, the asters are browning up—which is usual—while native spiderworts and pink evening primrose grow bigger every day to cover this spot in shades of violet to pink in a few months. Gray creeping germander edges with silver. Several wildflowers were coming up here, but between unruly weather swings and ambitious squirrels, there are gaps for now. 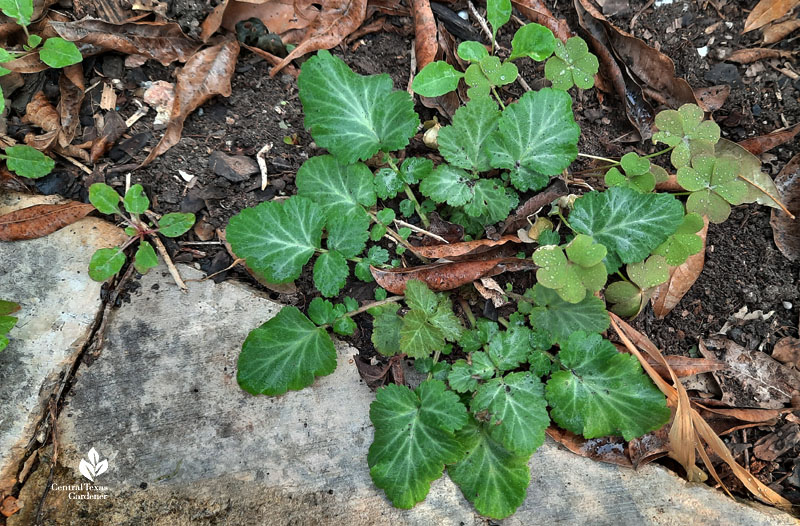 Native white avens (Geum canadense) populates many of my shade areas, but seeded itself along this sunny border, oblivious to last summer’s drought and heat. 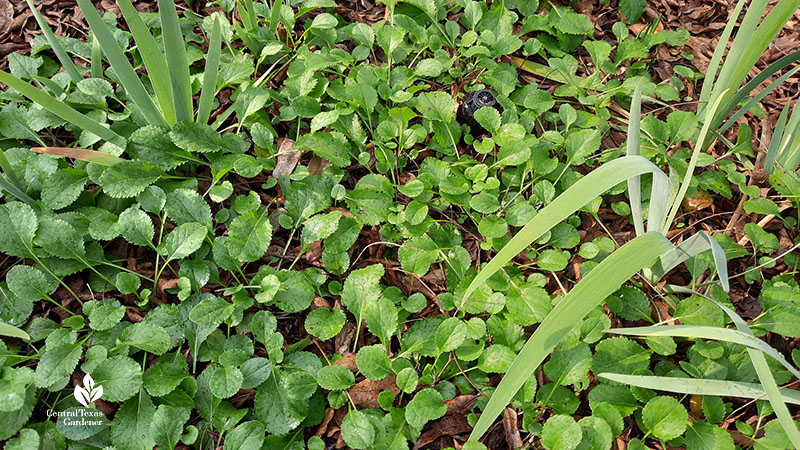 In the shadier side of this island bed, equally weather-tolerant native golden groundsel generously spreads out among pass-a-long bearded irises to pop some of the earliest spring flowers in just a few weeks.

Here’s a helpful “Maintenance After the Freeze” guide from The Natural Gardener. 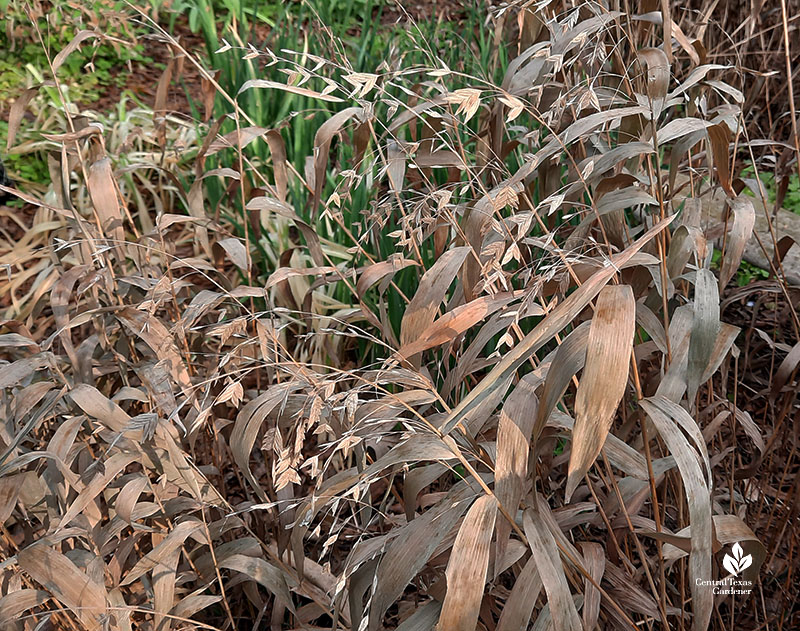 Hang in there for now, and simply enjoy this rather quirky season. Our plants will teach us best as we head into 2023.