One of my projects is my horrendously ugly shed. I doubt that I have the creative spirit to make it as cute as the many I’ve seen in local gardens, but at least I want to replace the peeling doors that refuse to stay shut. This project moved up to priority status on the “to do” list after we taped author Debra Prinzing and photographer William Wright, this week’s featured guests, on the premiere of their book, Stylish Sheds and Elegant Hideaways. 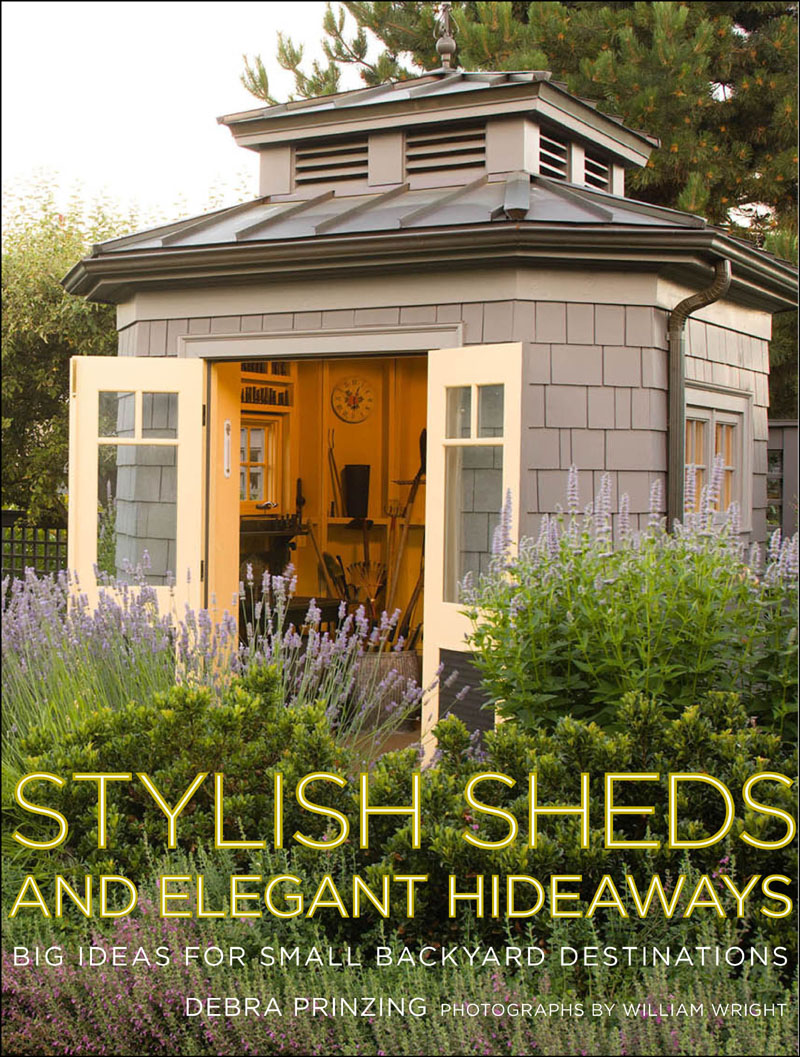 Their tour across the country includes several Central Texas sheds. Along the way, they reveal the lives, styles, and stories of diverse and interesting people who gave a utilitarian building new significance. Tom and I hope that it gives you some fun ideas like it did us!

But, my shed project moved down the financial food chain with the arrival of someone who is literally low on the food chain-Harvey, named after the classic Jimmy Stewart movie. 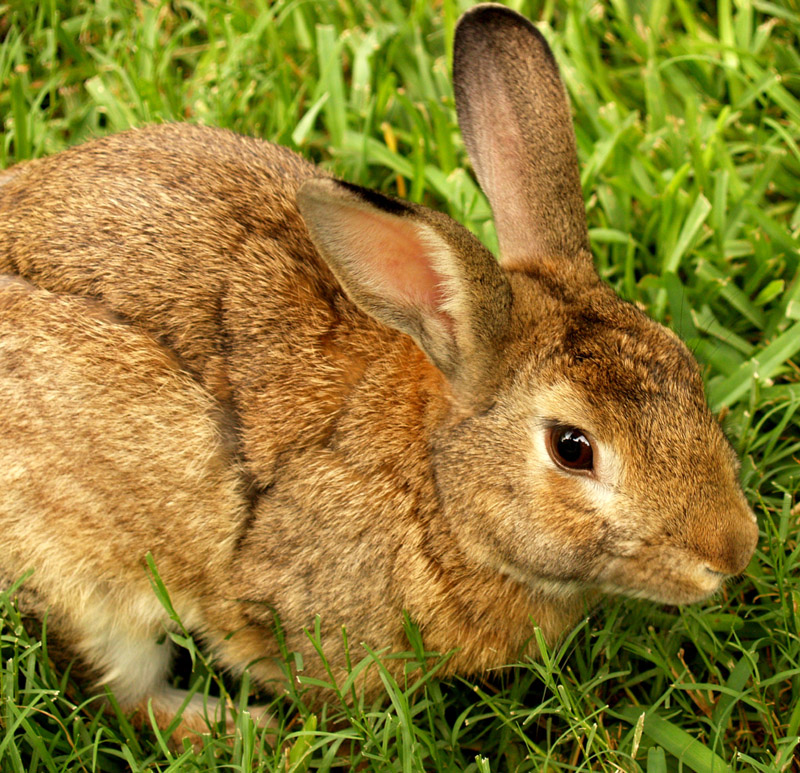 We really didn’t want the expense and responsibility of another pet, but we couldn’t turn our backs on him. Recently, Greg changed his after-dark Chester-walking route to go around the elementary school up the street. Several times, he saw this bunny. Greg got close enough to tell that he was a tame pet that someone had dumped. I checked with the school, and it wasn’t a classroom escapee. Through a friend, I hooked up with a bunny expert, Cynthia, and her vet tech buddy, Guillermo. I met them at the school one morning to show them where he’d been sitting at night. In daylight, it was easy to see the niche he’d dug (and nearby piles of poop) to hang out at dark to watch for a potential sucker– I mean family–to adopt for food and water on demand. 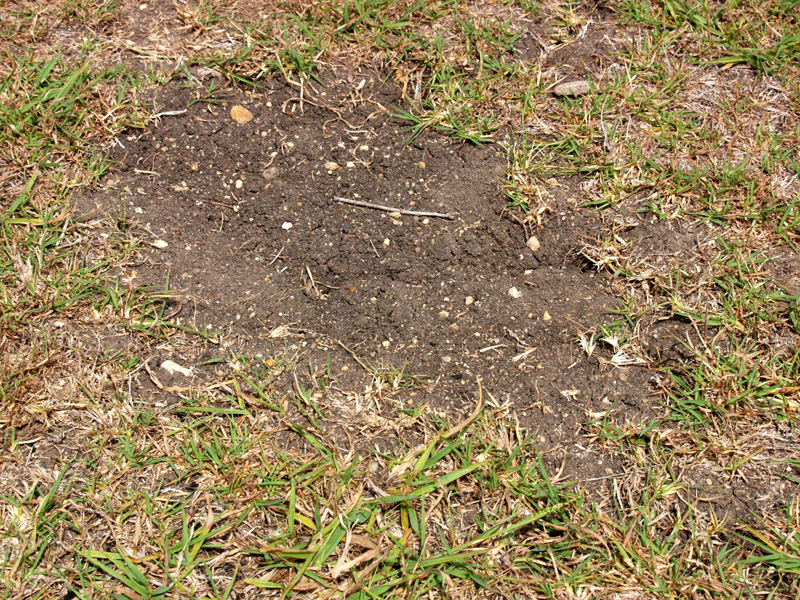 We wandered the cracked clay soil, too dry and barren to reveal bunny tracks. But logic prevailed, and bingo, we found his home under a portable building. Bunny fur on the metal confirmed our assumption. What an adventure in animal tracking! 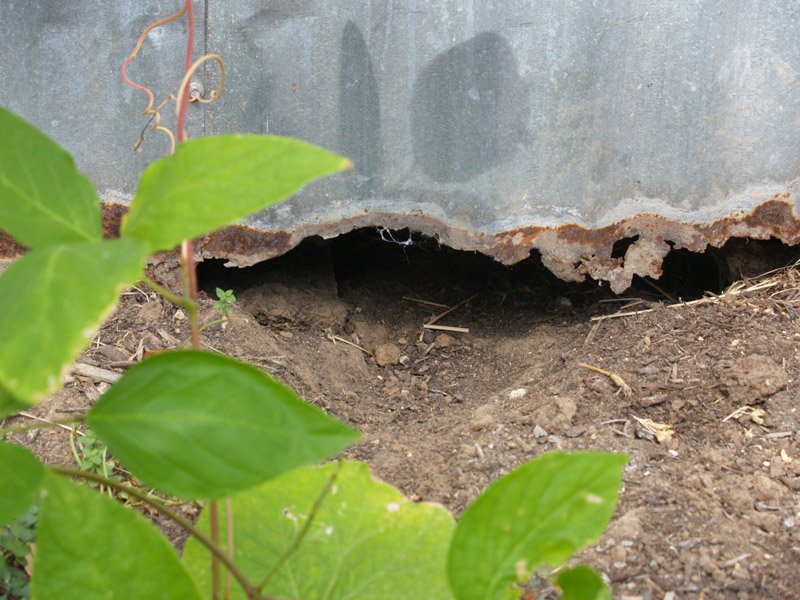 That night, Cynthia and Guillermo went back with a net and caught him. Cynthia had a hutch and could put him up for a few days until we found a home. Sadly, none was to be had. Too many Easter bunnies end up at shelters and rescue groups when the thrill is gone.

So, two days later, Greg and I embarked on bunny-ville. Aside from buying all his stuff, we spent hours online, with Harvey in our laps, getting brushed between searches. 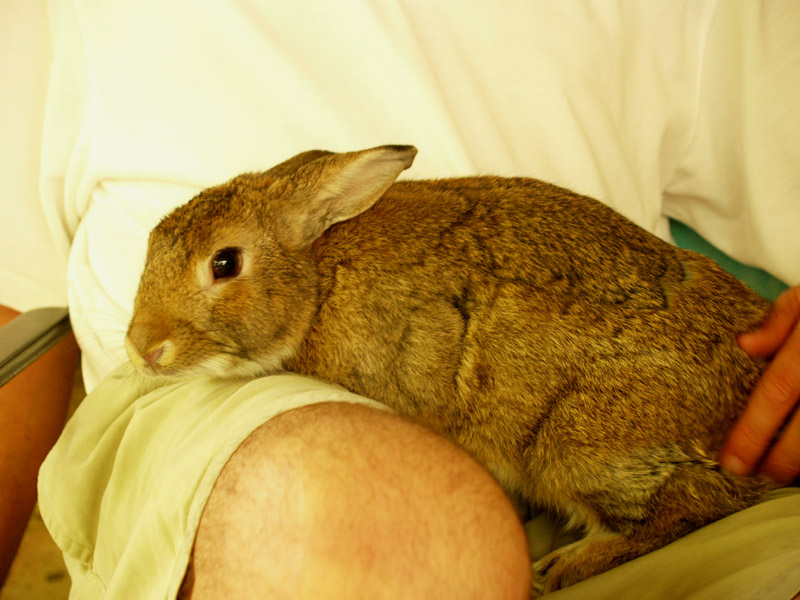 Along with House Rabbit Society, the local House Rabbit Resource Network was invaluable (online and on the phone with one of their volunteers) for feeding and care. From them, our vet, and Cynthia, we confirmed a good bunny vet. I took Harvey in and learned that he is in excellent health despite his adventure, and by golly, that he is actually two years old! He’s getting neutered the day of this publication, in case his gentle, non-marking behavior modifies when he feels safe enough to assert himself.

In our house, the only room big enough for a cage was the front room, next to Chester’s “Spot” bed. This is home redecorating at its best, especially the barn smell from his Timothy hay. Harvey loves his wine box “burrow,” and Greg made him a loft. 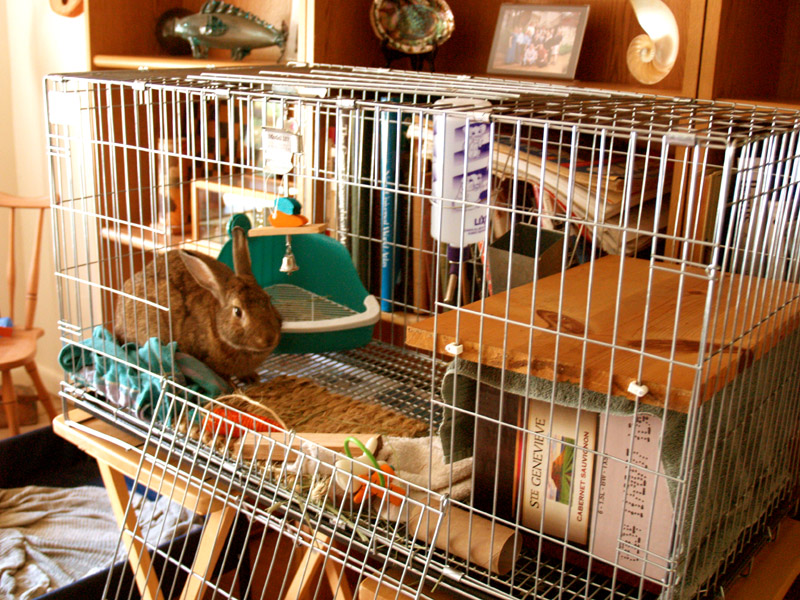 The litter box is now gone. Harvey removed it from its rabbit-proof mounts and hauled it into his nest. Then he sat in the new open space and looked at me, “What are you going to do about it, lady?” Since the pullout tray is easier to clean anyway, I told him that it was his house and he could redecorate as he wished. We’ve learned that rabbits are very proprietary about their space and don’t want you messing with it once they’ve got it to their satisfaction. Sounds like a typical two-footed male to me. 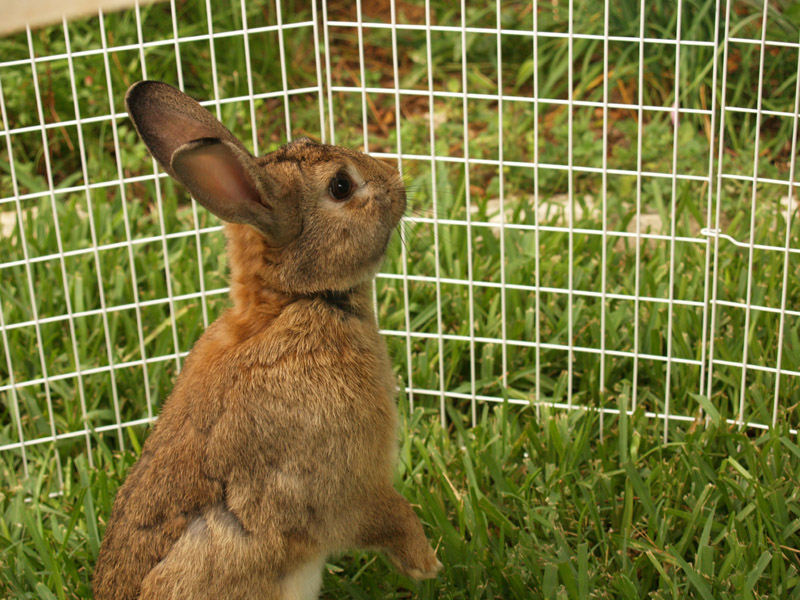 Greg got baby gates for our front room so Harvey can have indoor exercise. Fortunately, Harvey figured out right away why I put a newspaper in the corner. For now, we don’t have a big litter box since there’s no place to store it between sessions. We also got him a playpen for supervised outdoor exercise in the evening. That white in the corner is the plank to weight down the pen. “Free” mowing! 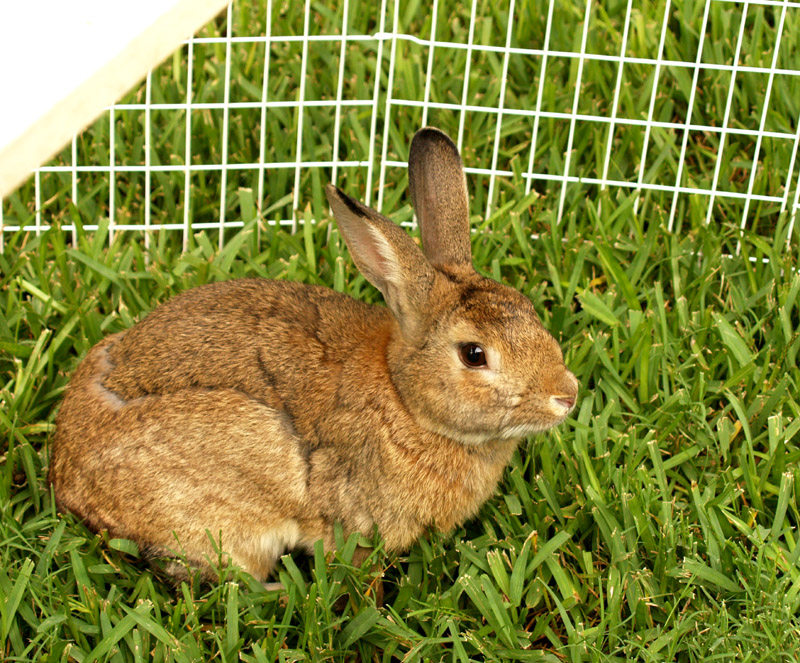 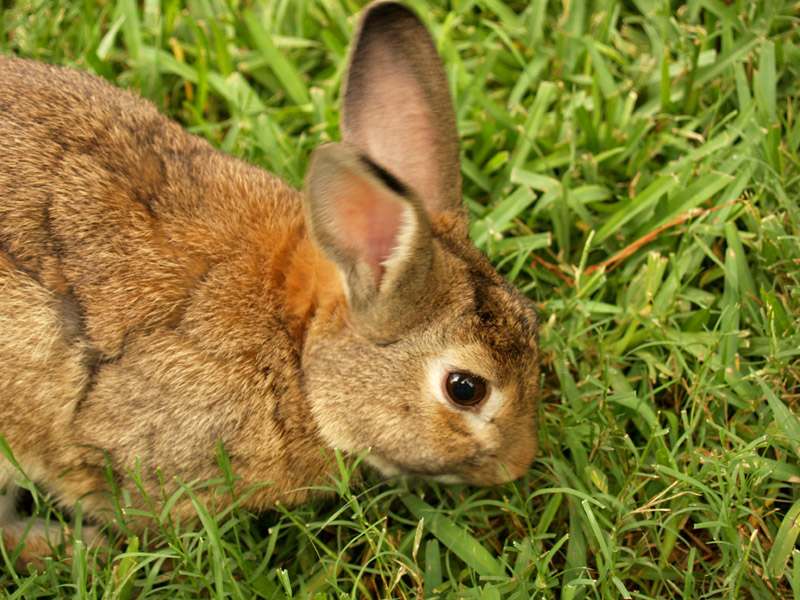 This is crazier than kiddie pool, but in this case, we get garden fertilizer. By the way, Scott Ogden told me this spring that rabbit food pellets (filled with alfalfa) are a cheap way to add nitrogen to the garden, if you get them from a feed store. So, Harvey’s food may double as food for the garden, especially this fall when I replant parsley and cilantro for us and for him (though he happily chomped down the grocery store cilantro I got for our pico de gallo!).

Now it’s naptime, so until next week, Linda 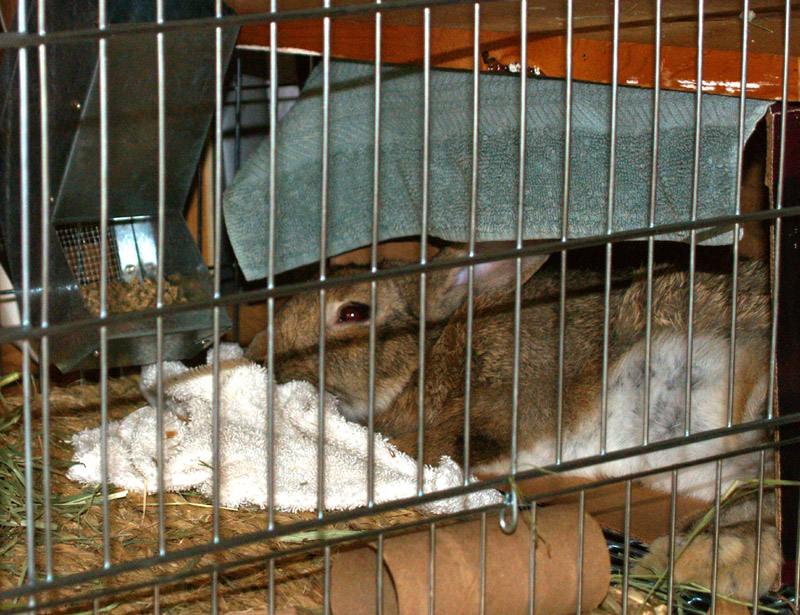