After trying hard to get a picture of the hummingbird on the patio turk’s cap, Greg is the one who did it. 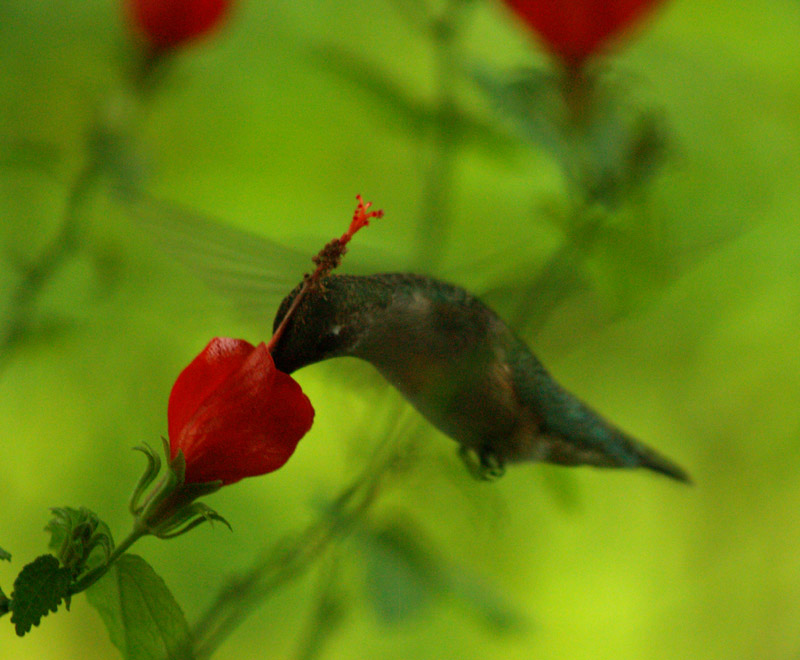 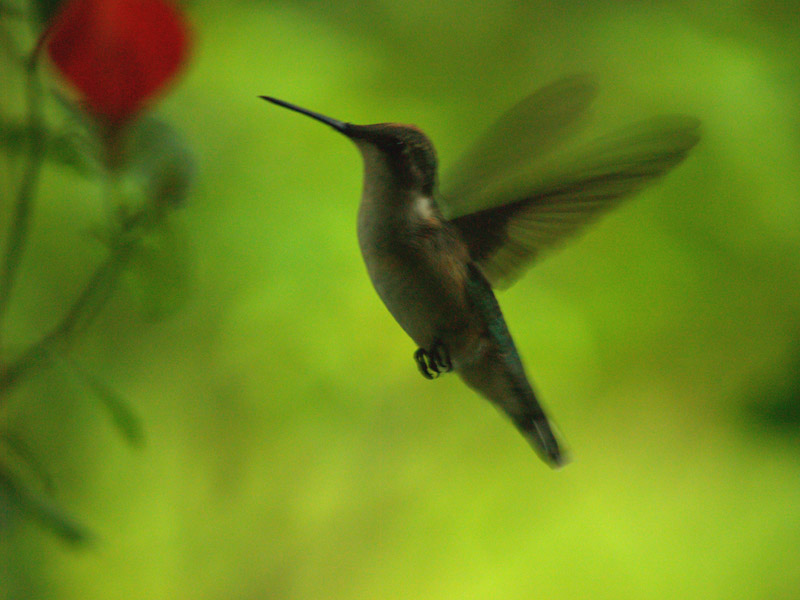 When the hummers aren’t there, they’re on the Dicliptera suberecta, the flame acanthus, or countless other plants. This wouldn’t be possible if we hadn’t adopted a chemical-free garden or planted for wildlife.  The hummers still like our sugar-water feeder, but it’s just the extra treat, not the main course.

I’ve learned a lot about plants and natural garden techniques from Howard Garrett’s books.  In 1997, when I returned from my mother’s funeral, I really wanted to attend Austin’s first “green” convention (Eco-fair, maybe?) to meet the Dirt Doctor himself. I’d even listened to his radio broadcast while I was in Dallas, preparing the after-funeral lunch. Actually, going to the event–when I was totally exhausted–was a mental escape from that sad week. My desk was piled high with stuff I needed to tend, but my understanding boss said to go.  Nervously, I handed Howard my card and asked if some day he’d be a guest on CTG.

Since then, Howard has driven from Dallas to join Tom for many programs.  Aside from his knowledge, it’s been wonderful to watch his progression and analysis about safe and healthy garden techniques. This week, we meet with him for his latest insight, to celebrate an updated version of his The Organic Manual, my constant reference. 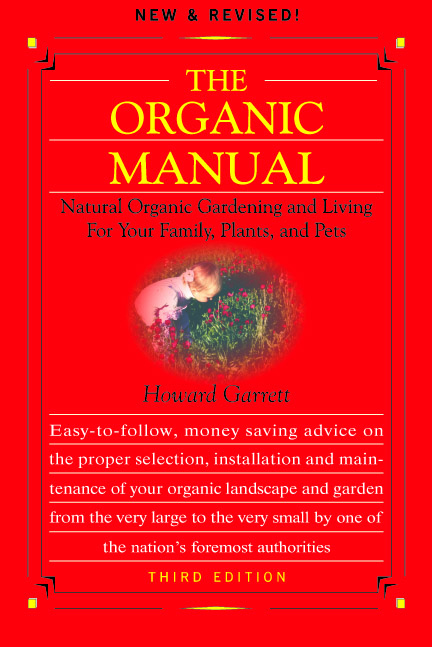 Want to know the benefits of alfalfa?  Or how to make garlic/pepper spray?  Or how to use vinegar in the garden?  This is the book for you.  And every week, you’ll want to check out his blog, forum, library, and much more.

And get ready to Choo Choo Ch/Boogie at a backyard garden railroad!  Steve Blackson’s G-Gauge railroad, depicting the early 1900s Hill County, is bound to put you on a new “track” of garden design.

My garden is right on track with Skip’s Plant of the Week:  Philippine violet (Barleria cristata), a plant I met at a fellow gardener’s home years ago. I ran out to get my first one that weekend. 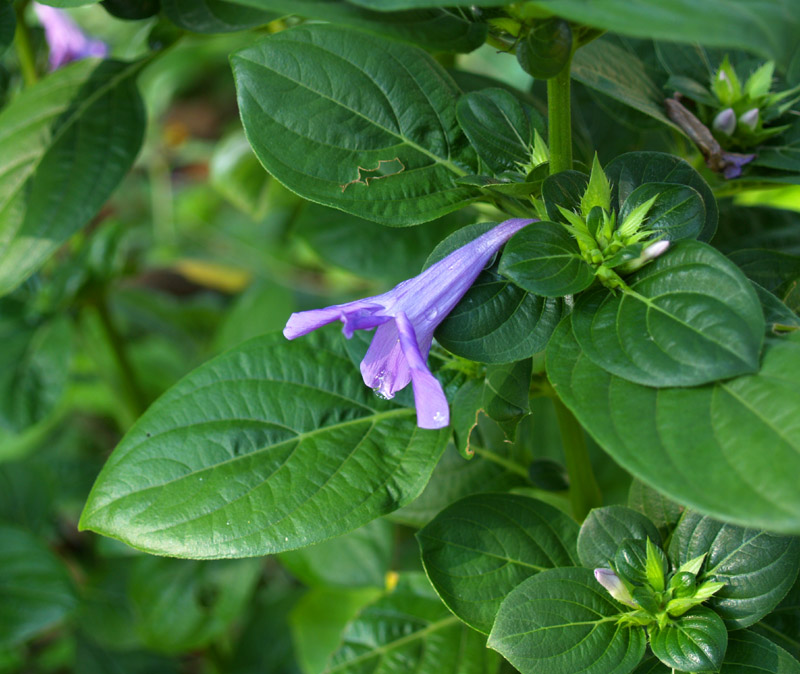 Now, I have three in the crepe bed, though this one’s shorter and skimpier than the others– it had a few issues with last year’s rain, I think.  I thought it had died, but it’s rallying! 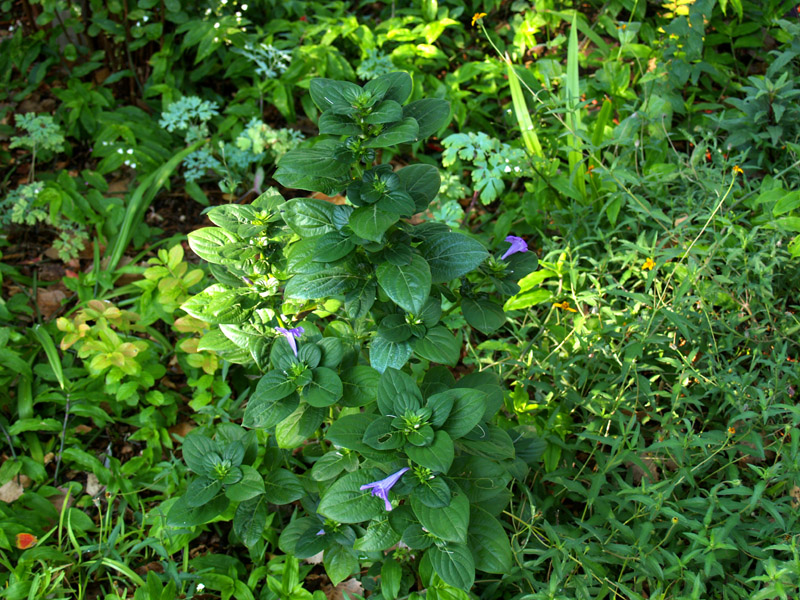 They get early morning sun, quickly filtered to brightness, then to shadow the rest of the day. I also have one in the rental bed, but I think it needs more light, so I plan to move it in spring. If you haven’t grown them before, they freeze back in winter, but come out pretty fast when it warms up, for evergreen texture in semi-shade all summer, and flowers in fall.

Also in the crepe bed, the Knock Out rose put on a few flowers.  They’re not huge-it could stand to have more sun, but this is definitely a trouble-free rose to add to your list. 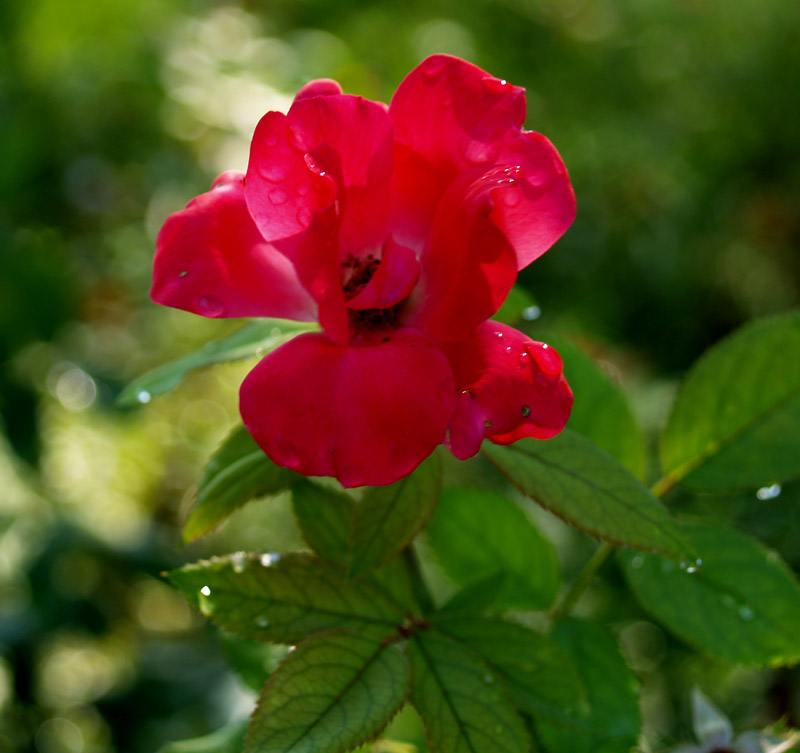 On the back fence, near the newly turned lettuce garden, a sweet group found each other on its own. Well, I planted the flame acanthus from a division, but the zexmenia and eupatorium joined in for my own version of a “wildflower meadow.”  I suppose it looks messy to some eyes, but I jumped for joy when I saw it.  The toadflax is still blooming, too, though not for this picture. 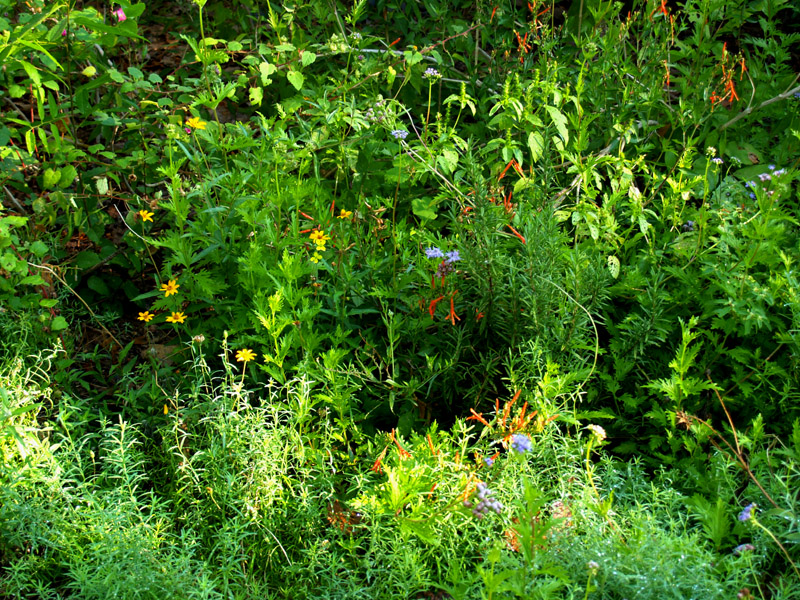 In former photinia-ville, the Barbados cherry responded to the severe haircut I gave it last spring.  I’m planning to move one of the Tecoma stans to that hole at the corner next spring, or even this fall, if I’m brave.  That will look great against the foreground plumbago/lantana, just out of frame. 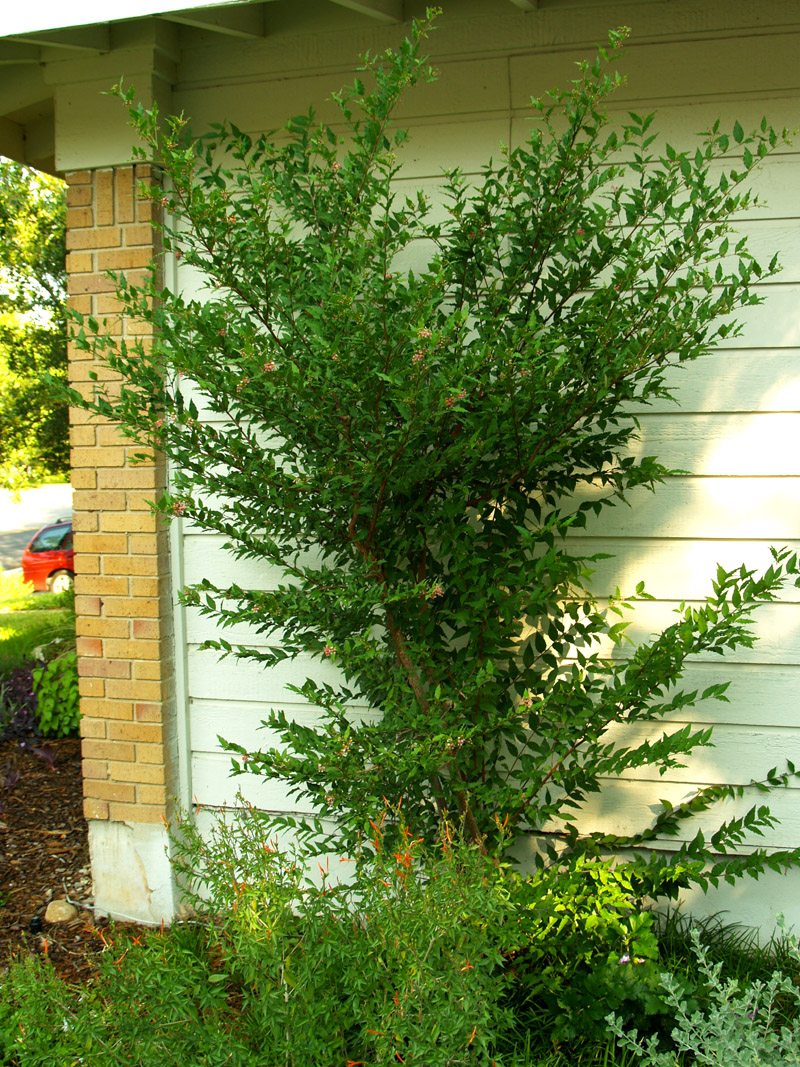 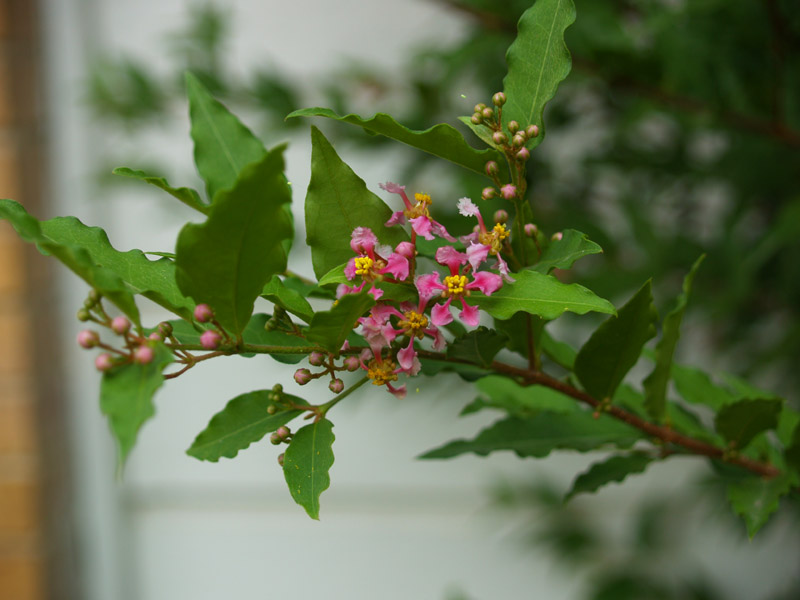 Around the corner, in front, the evergreen sumac is about to flower. 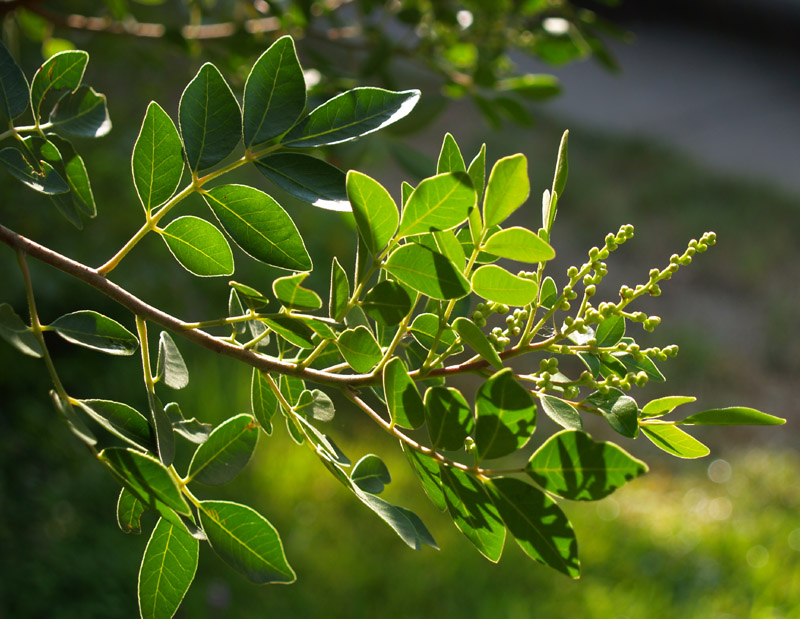 Near the front porch, the ‘Pride of Houston’ yaupon holly is getting ready for mockingbirds. 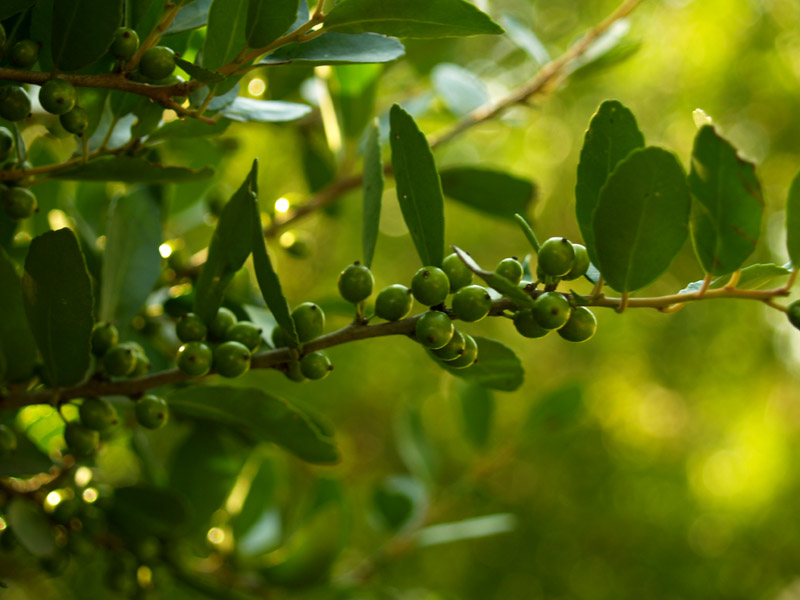 And at the porch itself, meet my latest greatest find! 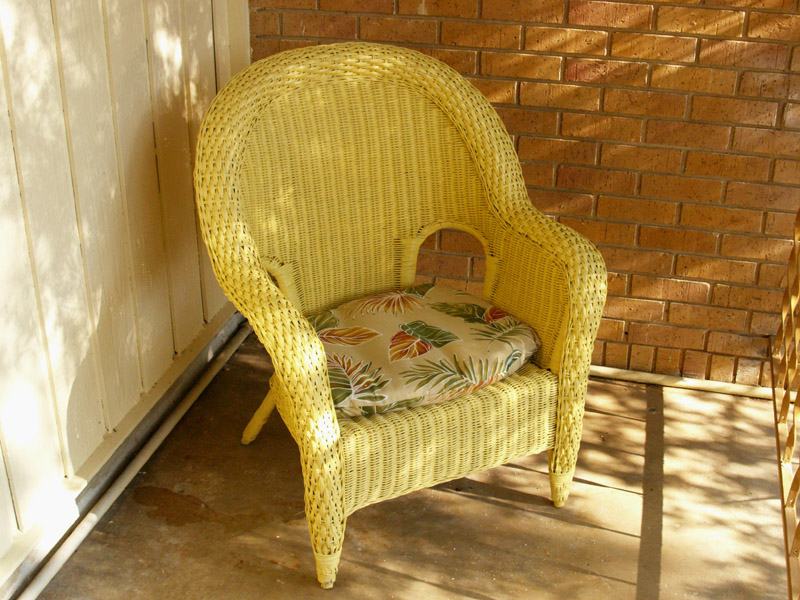 I was on the way to the grocery store last Saturday when I couldn’t resist three minutes at a neighborhood estate sale.  I nabbed this treasure for $20, and with a wire brush, some spray paint, and an end-of-season-sale cushion, we’ve got the perfect porch hiding place for UPS packages.  We may even sit in it when the cats aren’t there.