Promise.  Hope.  Change.  These we find in the garden every day.  It’s most powerful for me in February when the Mexican plum puts forth its first buds. 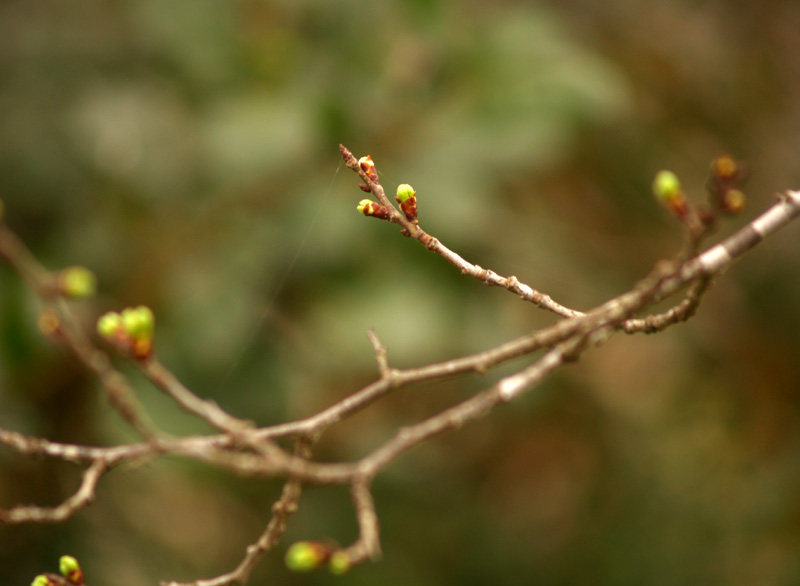 It took years to bloom, and I almost gave up hope.  I’ve heard this from other gardeners, too.  I can assure you–when they get darned ready, you can count on them every February.

Down the fence from the plum, the ‘Spring Bouquet’ viburnums hoped to beat it for the first white flowers of 2009, exchanging red buds for white portals of nectar. Too late.  The narcissus were way ahead, and keep on coming. 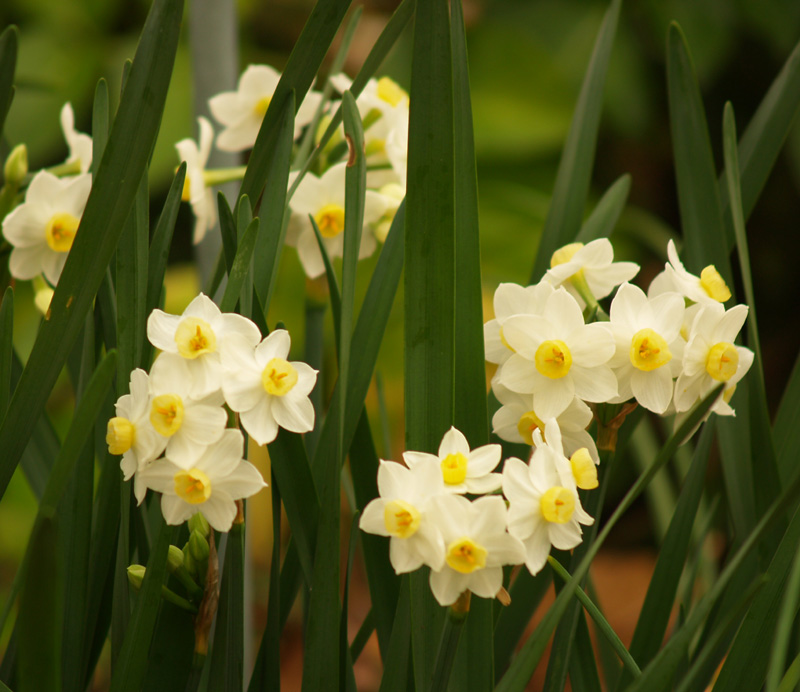 Instead of snow to paint our parched scenery white, the flowers do it instead.  The new Abbas jumped out too fast, though, with fat little flowers atop very short stalks. 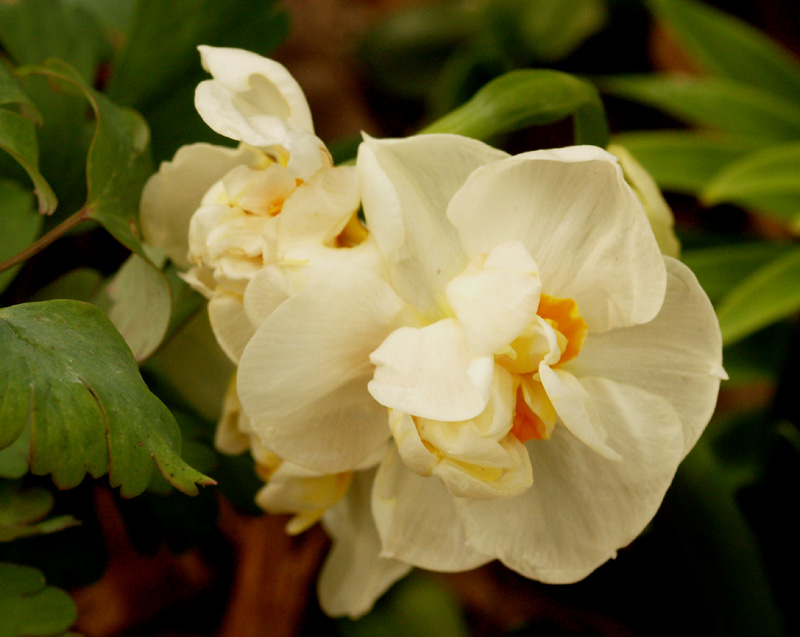 I don’t know if they just wanted to be first, or with the heat and drought, they had a choice to make: set down roots and grow nice tall leaves, or get right to the point.

I suppose that describes a lot of couples.  One person goes slow and steady for the long run; the other hurries around like a rabbit after dandelions.

The evergreen candytufts (Iberis sempervirens) in the crape bed aren’t so philosophical, but they are reliable. 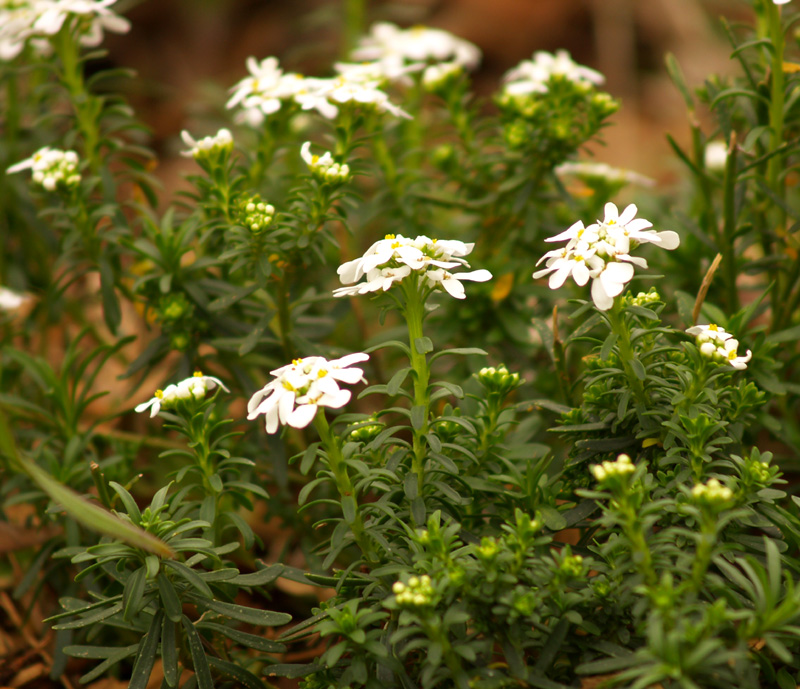 I don’t have much success with them anywhere else, but they like this spot.  Through freeze and drought, they never fail to join the February white parade.

The Leucojums were so slow this year; perhaps lack of rain. But again, they reminded me that I should never give up hope. 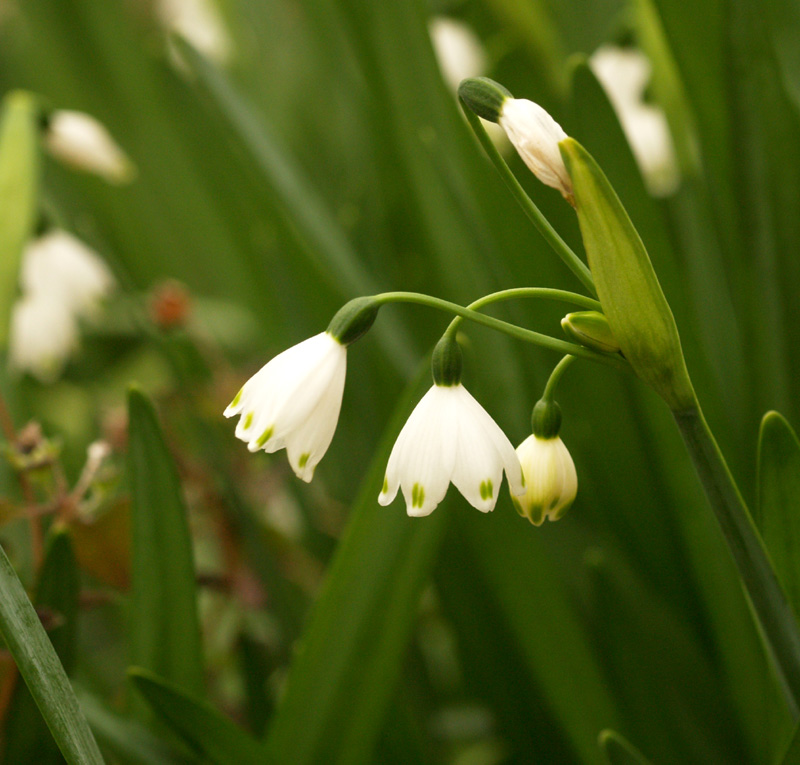 One day they were nubs; a few days later they were up and blooming everywhere. 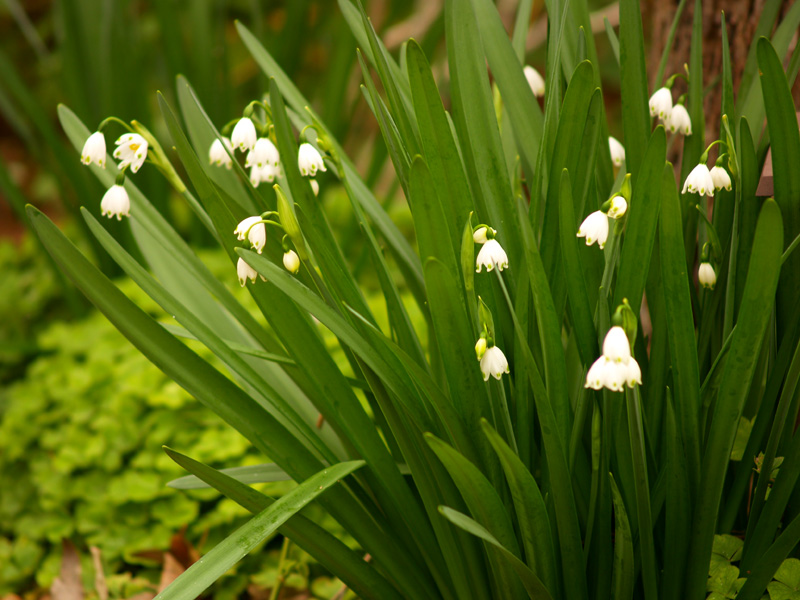 Although not white, the primrose jasmine always promises yellow flowers before Valentine’s Day. 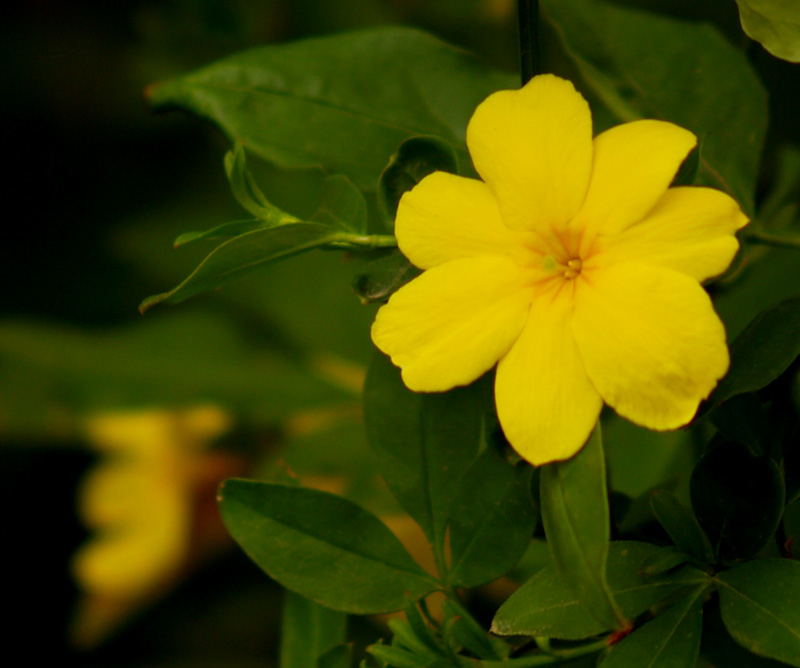 Their boisterous cascade isn’t for everyone, but you can’t beat them for evergreen, drought hardy, deer resistant screens or erosion control on sunny banks.  I think they’ve gotten a bad rap because people (like me) take them for granted and don’t give them the good haircuts they need to stay fluffy and under control. 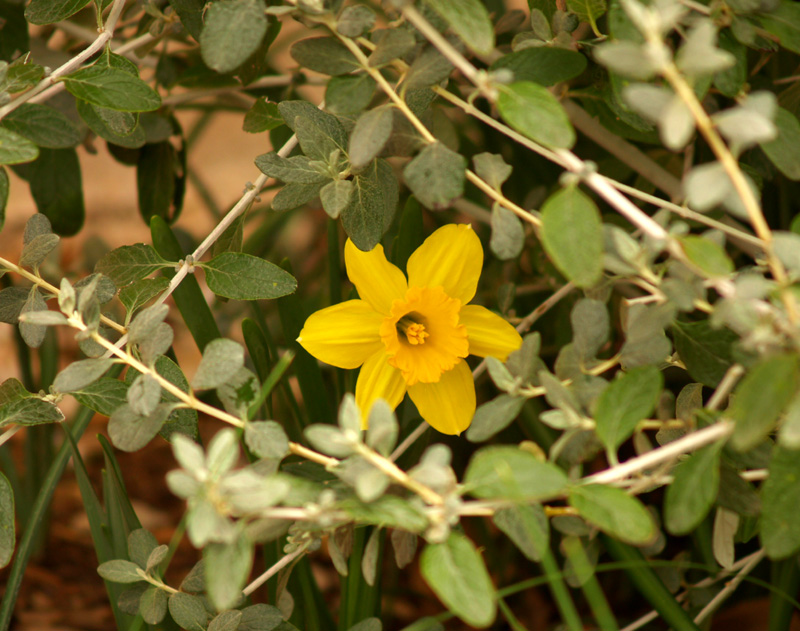 This, you know, is my fault.  Last year when I planted them, the germander was so small and the space so empty.  I’ll move them to a higher profile once the leaves turn brown. At least, I know they return: this is their second spring.

On CTG this week, Tom and Denise Delaney, from Austin Grow Green, show how this year’s garden means lessons from the past, when gardens simply couldn’t be coddled.  And, you simply must check out Grow Green’s new Diagnosis of Plant Problems.  Or pick up a free copy at the nursery, if you’re in the Austin area.  It’s an amazing quick reference to help you figure out what’s going on with your plants.

On February 22, find out lots more in person at the Green Garden Festival from noon – 4 p.m. at Zilker Botanical Garden. And, it’s free!

On tour, see how Sue Ford took her Fredericksburg garden backwards in time, to reflect waterwise ways, but with a modern twist.