This week on CTG, we respond to your requests for groundcovers in sun and shade. Sharon Truett from The Natural Gardener has fabulous new ideas for you!  The complete list will be on our website.  Tom and Sharon ran out of time to include wedelia, (Wedelia trilobata), but it’s one of my favorites, and Sharon’s, too, for sun or partial shade. 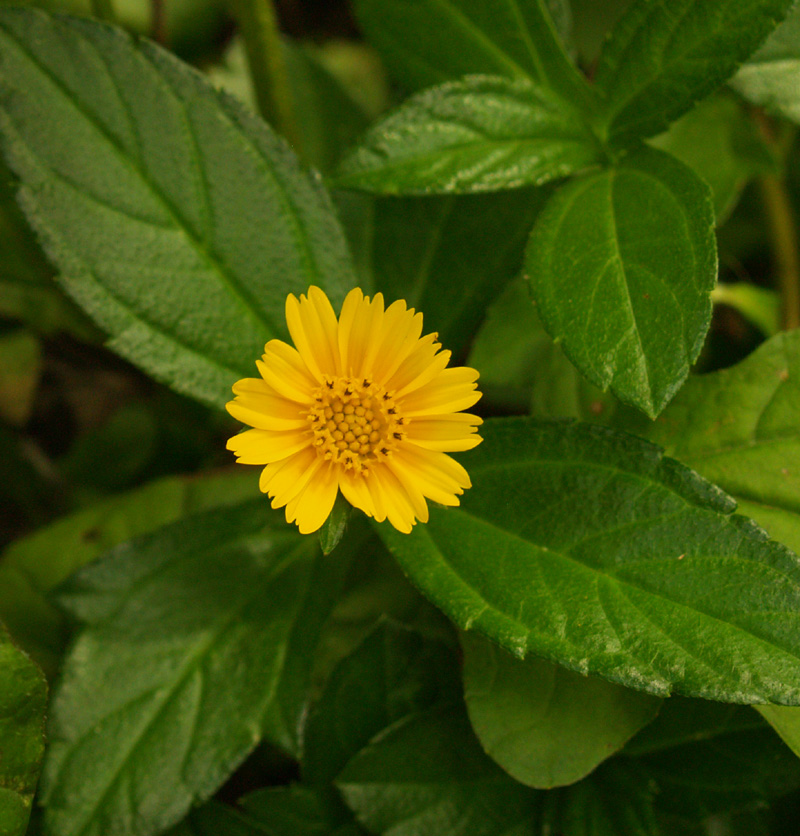 On tour, we visit an outstanding front yard renovation where plant lovers replaced lawn for a waterwise garden and living room that’s become the neighborhood bistro and playground for all the kids. I know you’ll be as inspired as we were on the nippy day we taped.

Last weekend in my garden, I pulled out the bolting lettuce and “harvested” weeds that made a huge mound on the compost pile.  Even Harvey can’t keep up with them this time of year.

I can’t believe it, but even the parsley is bolting.  I’m cutting the bolting stalks back to get a little more time, but once it makes up its mind, it’s best to just cut what you want to freeze.  Usually I get at least two years from them, but we had so many hot days early on that they moved up their calendar. The patio container is still okay for now, perhaps because it gets a shade break.

I’m keeping an eye on this potato that rooted in the compost pile.  Every year, I get a few little potatoes without any work on my part! 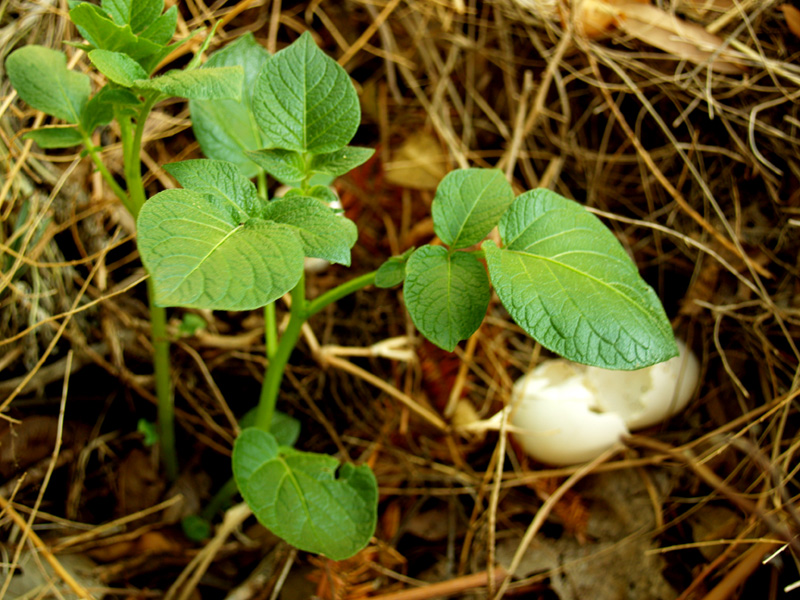 My ‘Patrick’s’ abutilon grew so fast so that I needed to move it.  It just went a few feet, to the wall space between the den and back room windows, where it can grow tall and fill out that blank space.  Until recently, it was home to a David Austin climber rose, but I moved it to sunnier quarters on Amelia’s fence.  Right now, Patrick’s looks a little woebegone, so I spray its foliage every night and make sure the ground is still moist.

Every night, too, I wander around to check the poppy seed heads. 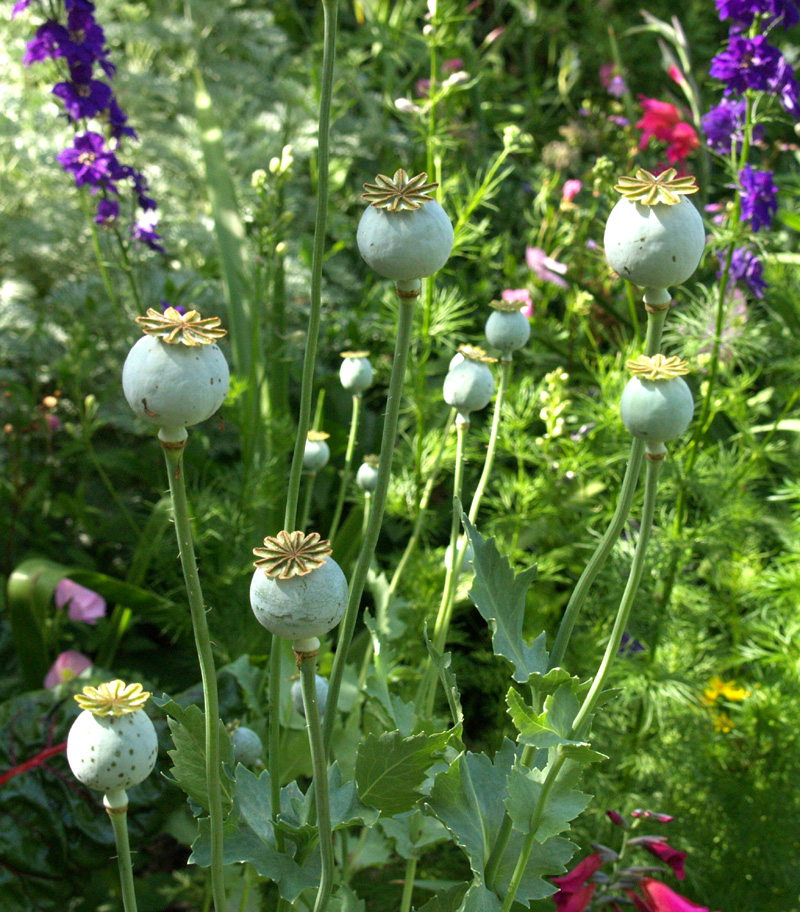 I carry my pruners and food saver tubs to nip them off once the “hats” pop up.  Already, the “Joan’s pink poppies” tub has hundred of tiny seeds.

I’ll also be collecting seeds of these larkspurs in a few weeks. 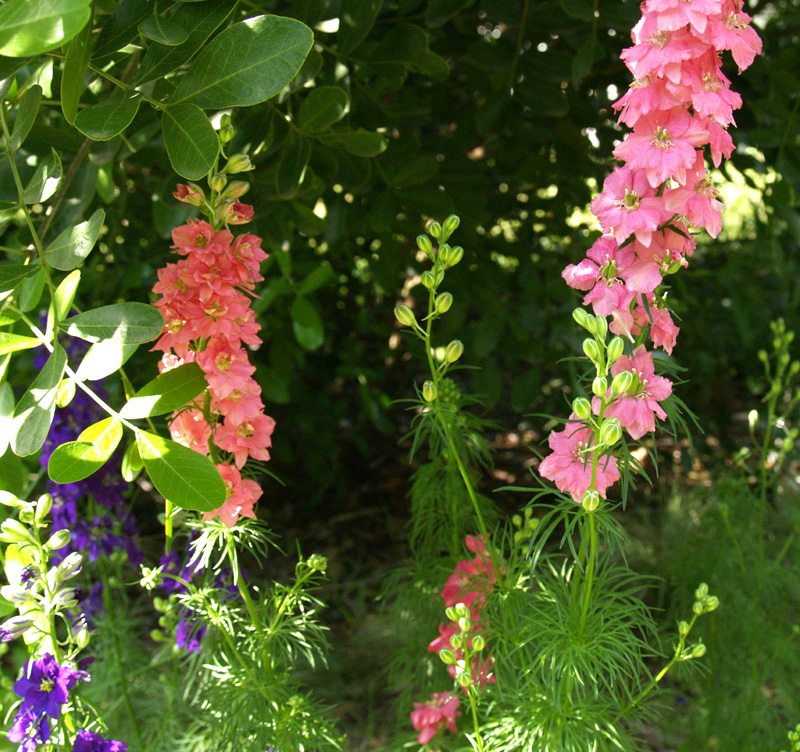 Pruning, pruning, pruning: that’s my chore this weekend.  Lots of things need nipping and clipping.  Already, I’ve been shaping the spiraea a little.  And by golly, that prompted new flowers!  Guess I’ll remember that trick for next year. 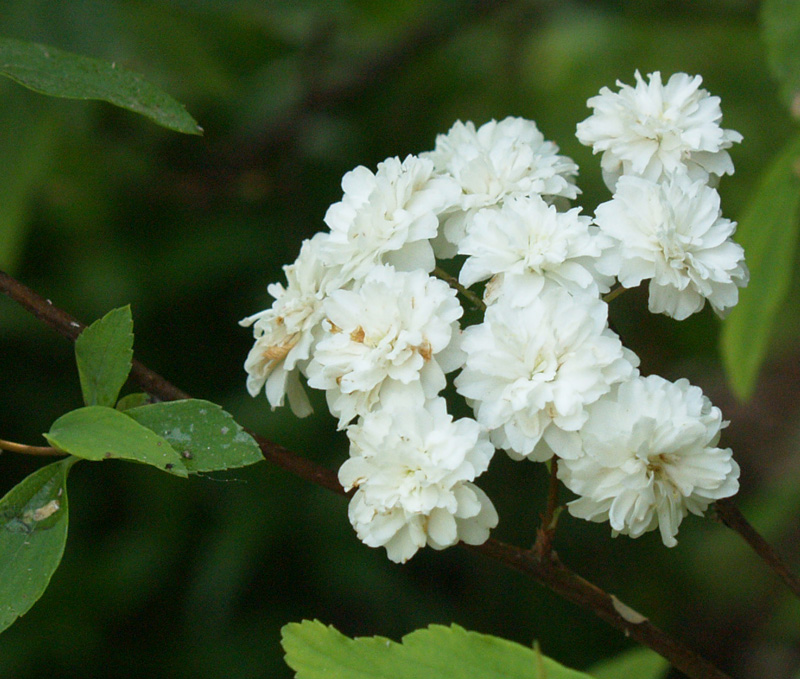 And check out this great combination, columbines, Swiss chard, and Dicliptera suberecta. 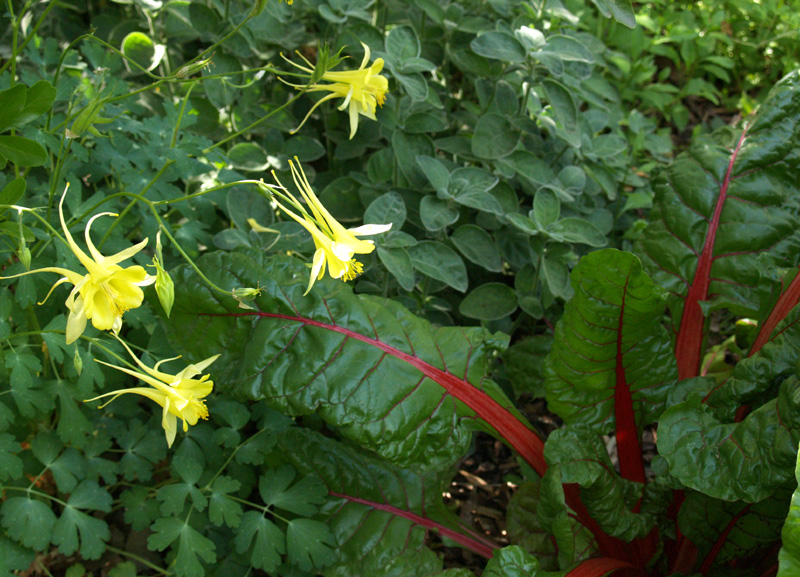