What a find for this week’s show!  Last October, we taped Lana and Robert Beyer’s garden, a huge departure from the one they had in Houston.  Robert is a passionate collector and ready to try anything once.  Lana attempts to keep it under control with an eye to design. The result is absolutely fabulous.  Also, check out Robert’s website and blog, truly essential plant references from a hands-on guy who learned Central Texas gardening from scratch.

His latest passion is variegated plants, including vines, groundcovers, perennials, shrubs, agaves, yuccas, and citrus. To pass along his enthusiasm, he joins Tom for a more in-depth look at a few of these plants.

In my garden, the Dutch irises are blooming. Purples (though they look blue) under the Chinese pistache. 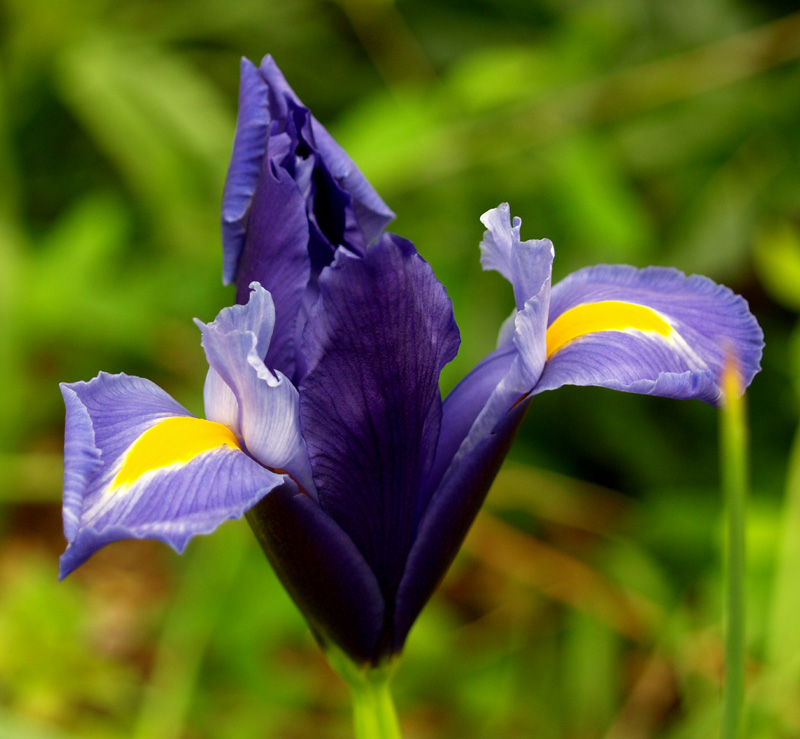 More in the patio bed beyond the Marie Pavie rose. 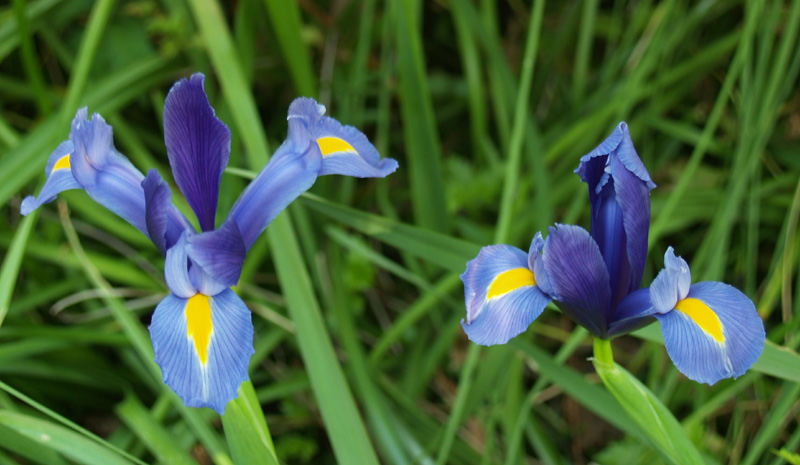 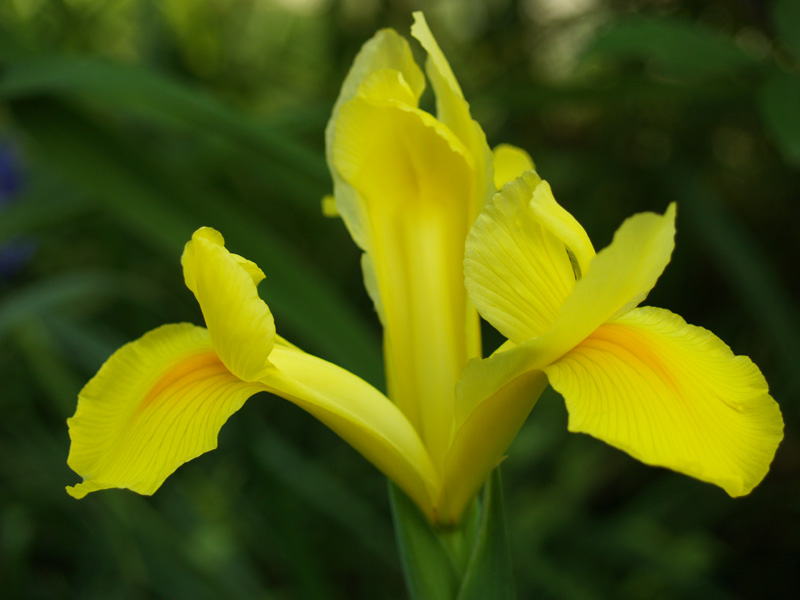 In front, I don’t even remember planting this one.  But they look nice there, so plan to add more next fall. 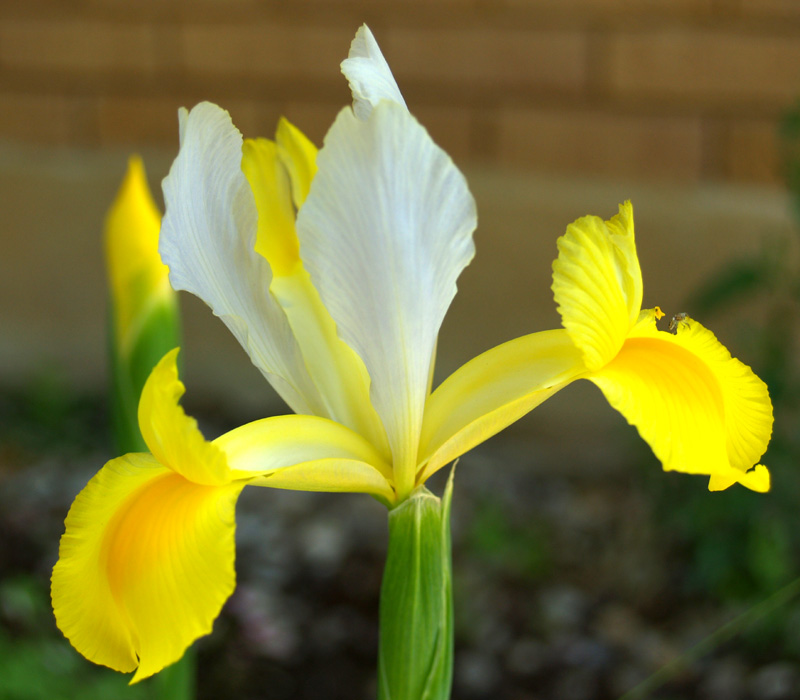 If you’re new to bulbs, Dutch irises guarantee a return performance for many years, and won’t break the bank. I buy a few more every October and plant on Thanksgiving weekend.

This is rose week, too.  Here’s Mutabilis on Amelia’s fence, in its apricot Easter outfit. 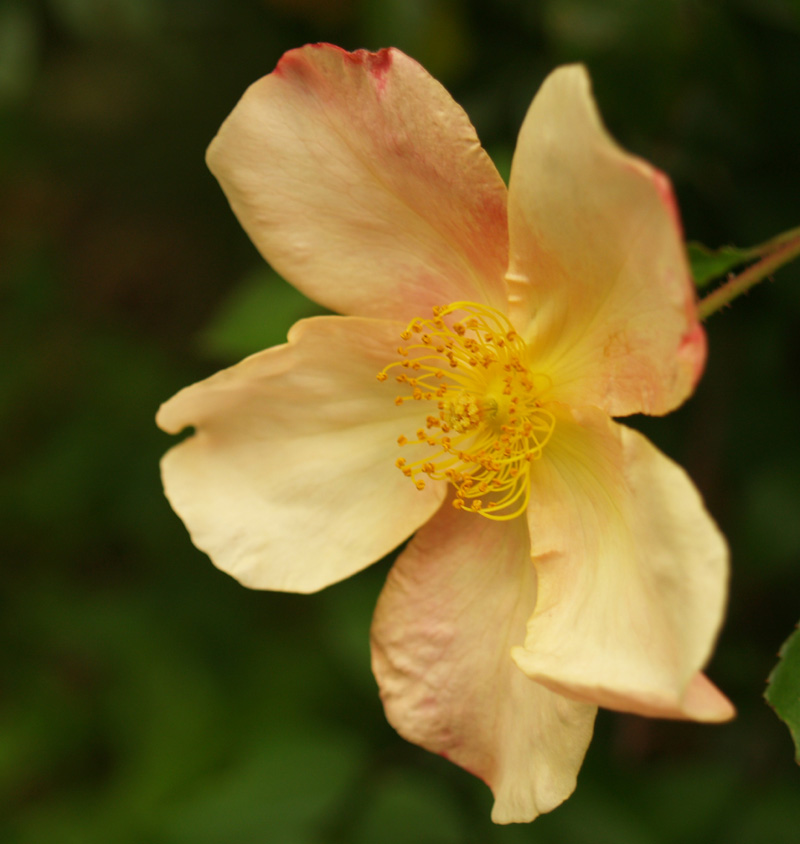 And in pink, since Mutabilis is a multi-tasker, with blossoms turning crimson in the end. That’s a coral honeysuckle on the fence beyond. 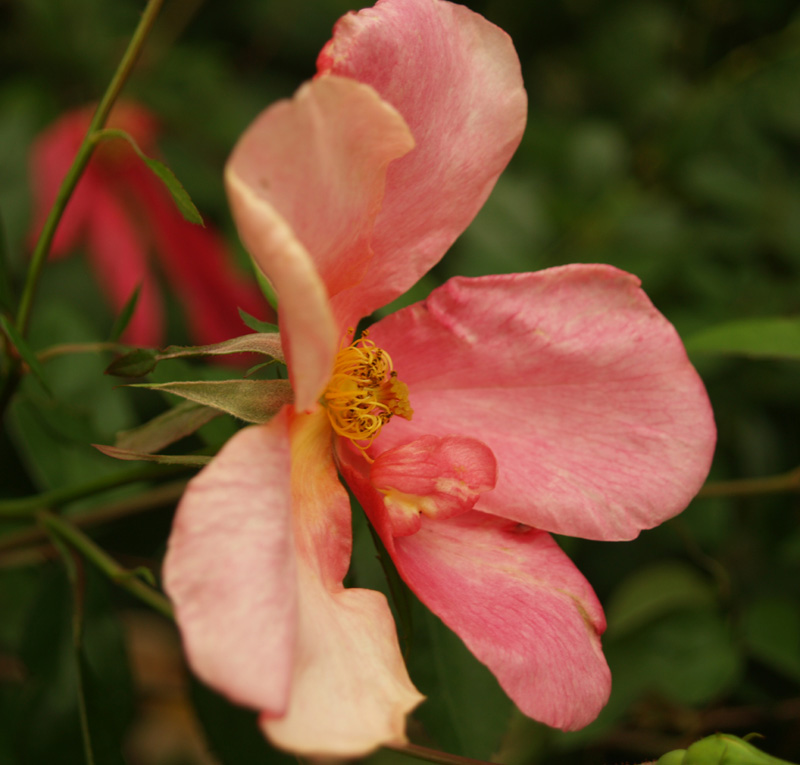 Next to it, Isabella Sprunt in yellow 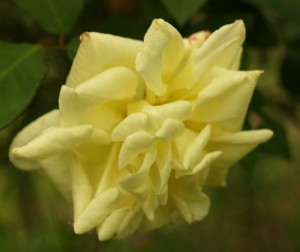 In the den bed, here’s climber Buff Beauty on a trellis next to the window. 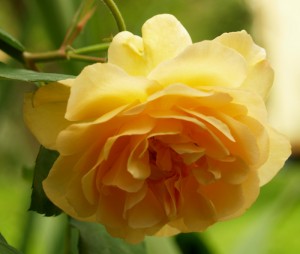 Two months ago, I cut it almost to the ground to encourage lush growth from the bottom, and fertilized with store-bought organic slow release and Harvey poop.

Here’s the fragrant white Lady Banks with primrose jasmine in the neglected back corner, an area next on the project list. No water hose ever gets to it. 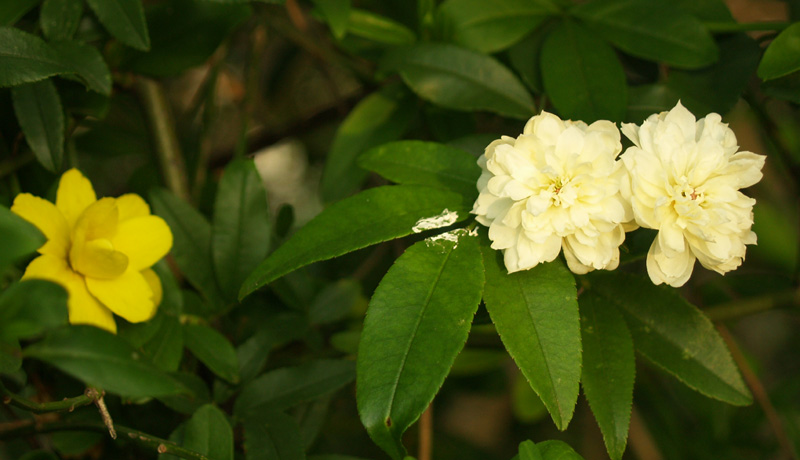 My plan for a real upgrade on the cat cove turned into my usual budget “fixer-upper.”  To fix the sunken flagstones, I pushed them up with a shovel and stuffed pea gravel under them.  I’ll deal with the rest of them later.  I didn’t want to smash the plants in bloom. 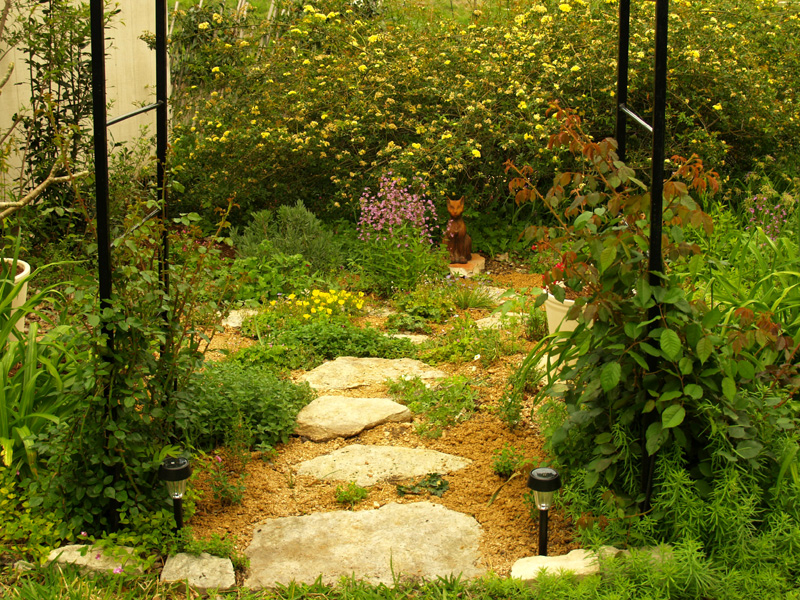 For years, I’ve topped it with decomposed granite, where calylophys, winecup, oregano, and catnip thread the path.  Since one lavender did so well, I’ve built up a mound on the other side and planted a little ‘Provence.’ And, now that it’s in full sun, I decided to build up a few more areas with pea gravel and granite for blackfoot daisy.  I’m thinking about adding rain lilies, too. On the left are barbados cherry, just out of sight, a bay laurel I plan to “tip” this weekend to fluff out, and in the very front to the left is the spiraea.  On either side of the arbor are spuria iris, daylilies and hymenocallis.

Also since sun has returned, I moved the entrance Mexican heathers, coming up from last year, and planted pink skullcaps once again.  For a long time, they made a fluffy low evergreen hedge, spotted with pink flowers late spring through fall, until it got too shady.

On Sunday, we took down the patio cover and did a vigorous scrub-down. Then I reorganized the containers, pruned, fertilized, and topped them with new potting soil and mulch. Against the patio, one turks cap is already blooming. That is a first to note in my garden diary. 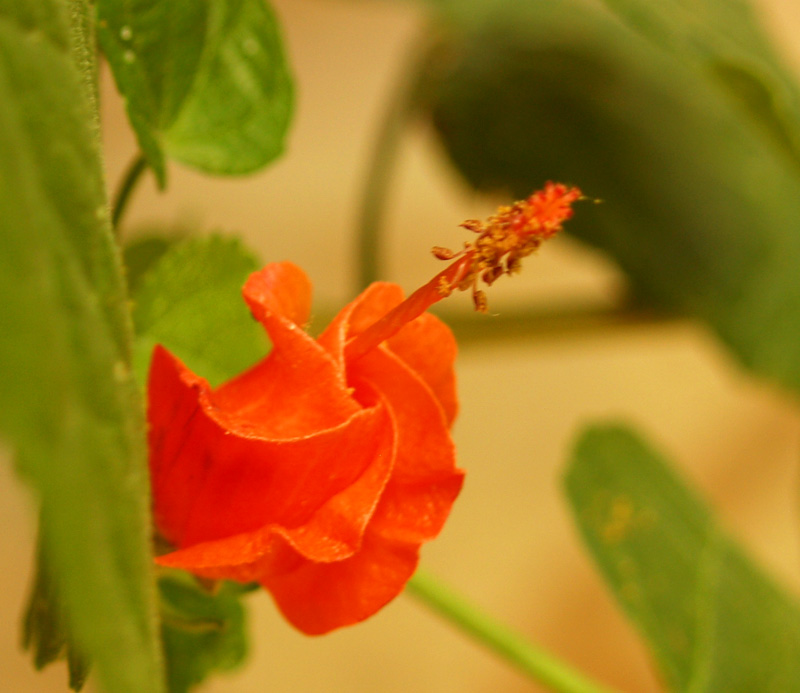 Until next week, Harvey wishes you a Happy Easter! Linda