Okay, for you guys out there, this one is about relationships.  But don’t get scared off yet! As gardeners, one big-time relationship is with our soil, the plants, and the weather. We have only so much control over the soil, and none with the weather. To some degree, we can control the plants. But pick the wrong one or put it in the wrong spot, and it stomps off in a fury or whines. And the little sapling or tiny shrub grows up, with a mind of its own that changes our relationship with the garden.

I know that extended drought has many gardeners thinking about an overhaul. But as in any relationship, is it just some hard times that you’ll get through, or is it the wake-up call to move on?

It was only a few years ago that I thought I’d try caladiums again. I knew better, but I gave them three tries. Three strikes and you’re out, right?  Obviously, the snails were just as disgusted. 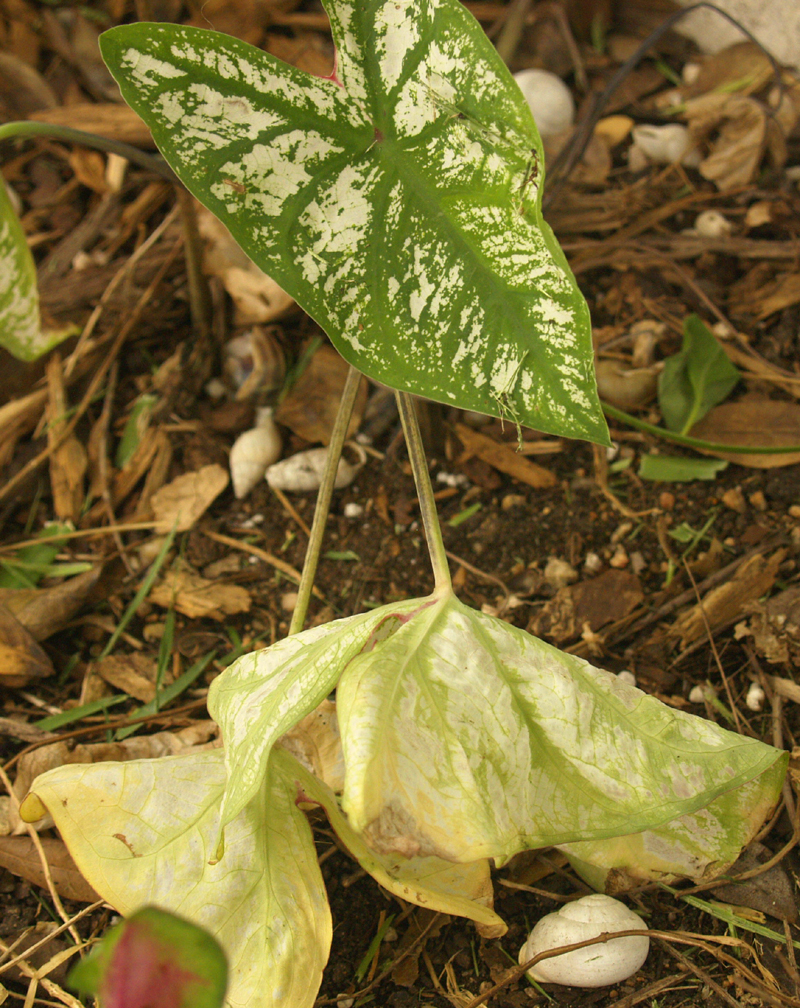 If you’ve coddled acid-loving, water-loving, or cooler-temp plants that thrive the 3 weeks or so a year that works for them, okay, it’s time to move on.  If they’re something you truly love or were a passalong from your grandmother, put them in a pot and baby them.

If you’ve planted things in the wrong spot, okay, move them in December or early next spring.  The Iceberg and Mrs. Oakley Fisher roses I moved to former photinia-ville are very happy.  Of course, they do get watered, but not a boatload of it.  They’re hunkering down.  Still, they promise to bloom like this again. 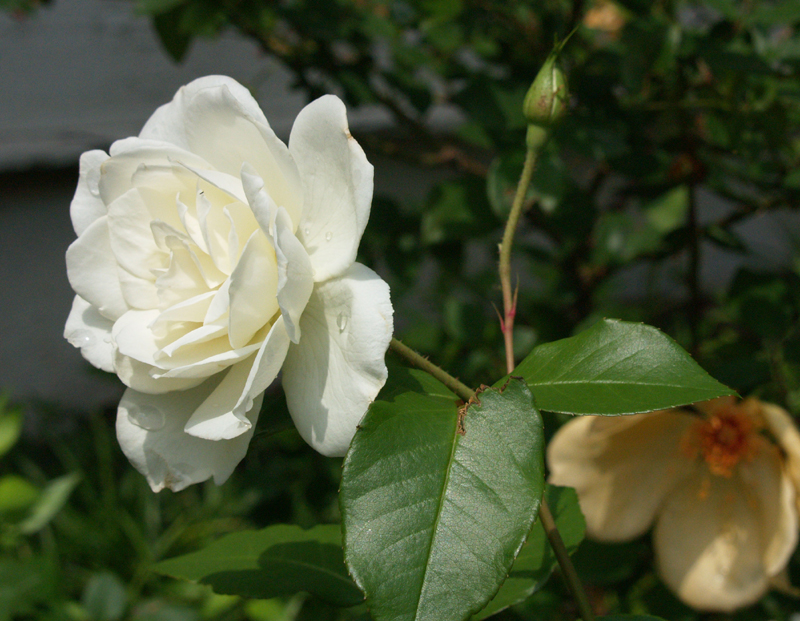 If you’ve discovered that a native plant needs too much water or less water or different soil to thrive for you (because it isn’t native to your spot), give it up or give it away to the right home. Don’t grab a plant just because its tag claims indigenous heritage. Is it native to limestone, clay, shade, sun, bog, moist woodland, or a crack in a rock?

After four tries at four-nerve daisy, (Tetraneuris scaposa), also called Hymenoxis, I gave it up. It’s not native to my clay soil.  I could baby it, build up granite mounds for it, and rearrange life in general to suit it, but was it worth it to me?  No.  I admire it in gardens where it thrives, just as I admire pictures of azaleas in Houston.

But if you’ve got a compatible relationship with your plants most of the time, and right now they’re simply miserable, like you, be patient and caring.  This oregano is pretty fried, but I have high hopes for its return. 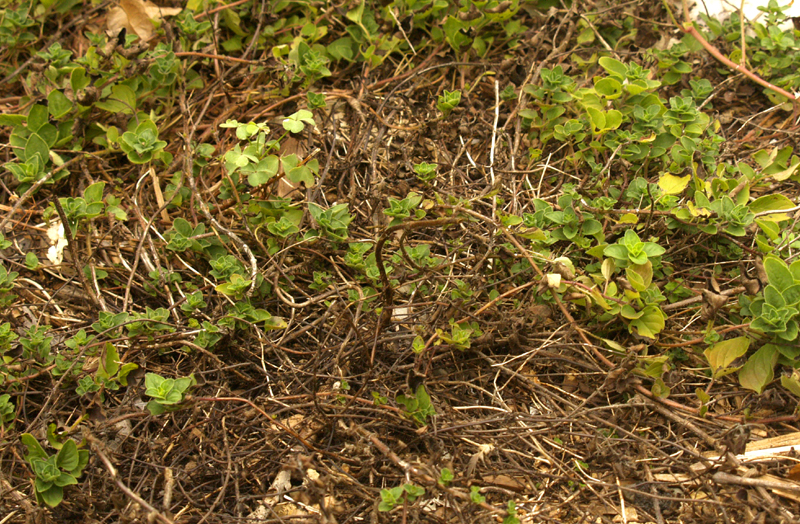 Believe me, the strong links survive this test. A lot of my plants could write this blog about the dry, hot summers they’ve been through.  They could also tell you about the times when they were wilting one day and freezing the next.  Or when we got our 3-month quotient of rain in a week.  Like this spuria iris.  It’s in hiding right now, but in fall will grow like mad to bloom again next spring. 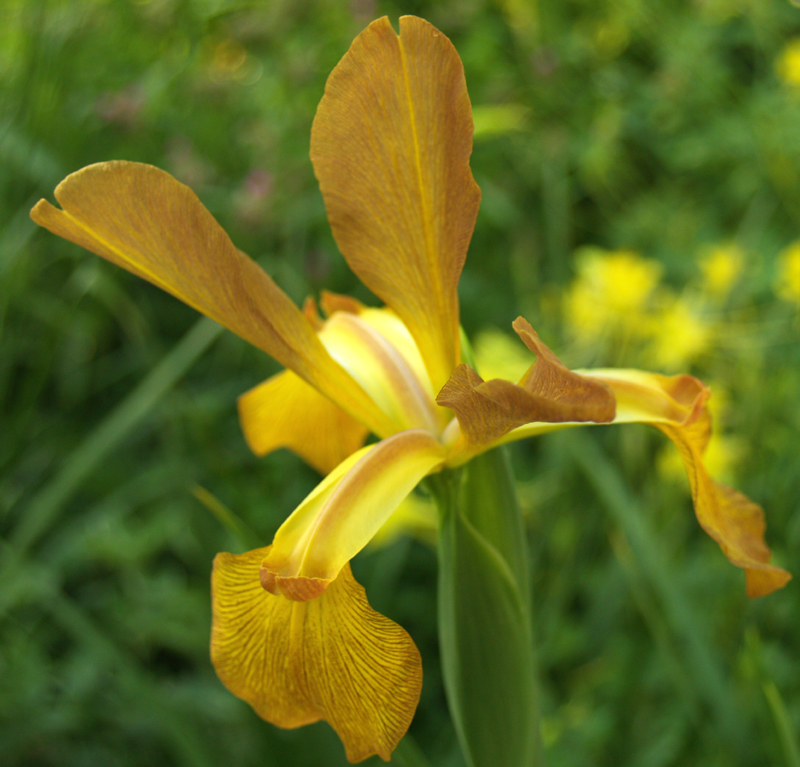 Although rough times are hardest on new gardeners, veterans are not immune.  February’s optimism can dissipate like fleeting thunderclouds by August.  When August lasts for two years, our passion for gardening can dissipate, too.

So, what do we do?  Well, for one thing, we make a tough inventory.  Along with what we can see, this is where a garden diary comes in handy. When our memory is short-circuited by heat, it reminds us that some things that look pretty gone now will rebound.

Some things we’ll lose.  I’ve learned that some perennials aren’t really forever, like my columbines. I think this one will make it, but as always when heat and humidity collide, I lose a lot of them. 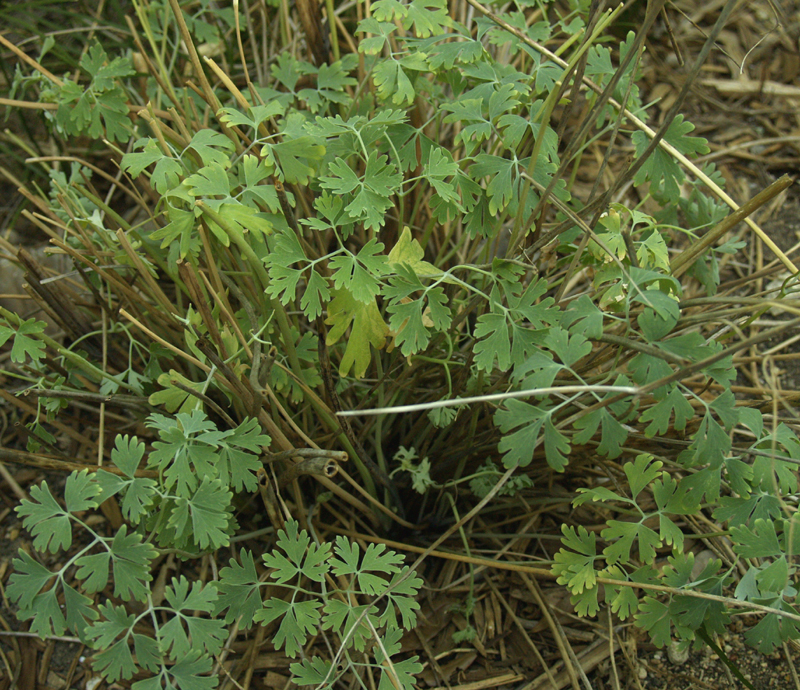 But they matter to me, so every few years I renew their population and enjoy them for the years of spring joy they give us. 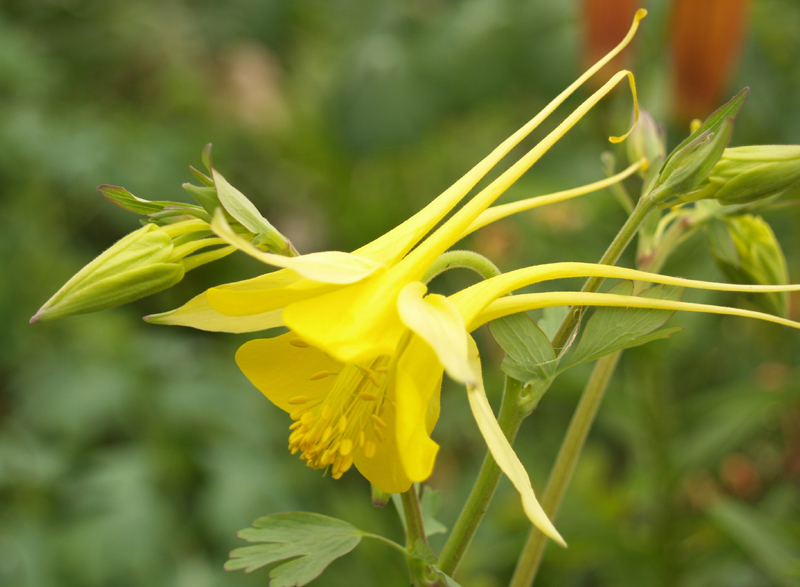 In my mulched garden, I rarely see the return on their populous seeds, so I envy the people who get them coming up everywhere.

Like any relationship, the garden isn’t a done deal, ever. And like other relationships, the best thing to do is to acknowledge what we’re up against and respond to it. We make changes, little ones and big. We compromise. We accept that today may not be a champagne moment, but if we’re patient, one is just around the corner. We learn from the joy of birth and the sadness of death. We explore, and find renewal and growth in new directions. 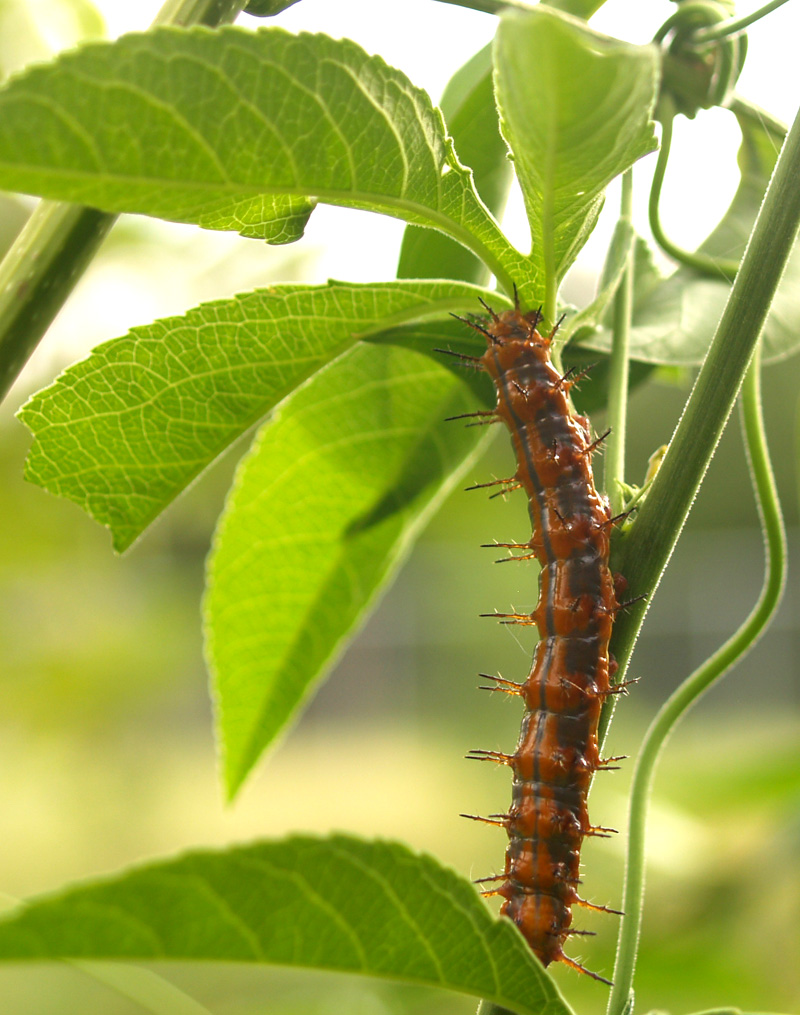 And we learn to recognize the joy that comes our way, just in this minute. 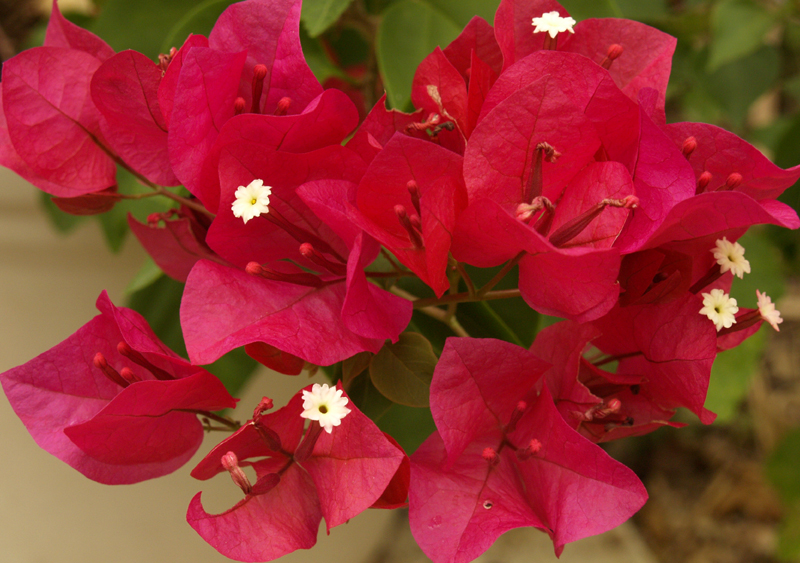 So guys, that wasn’t so bad, huh?  Until next week, Linda