Clean up begins, but cautiously. I did cut back and shape some Salvia greggiis. I only did two, for lack of time. Here’s one pruned; others beyond not pruned. 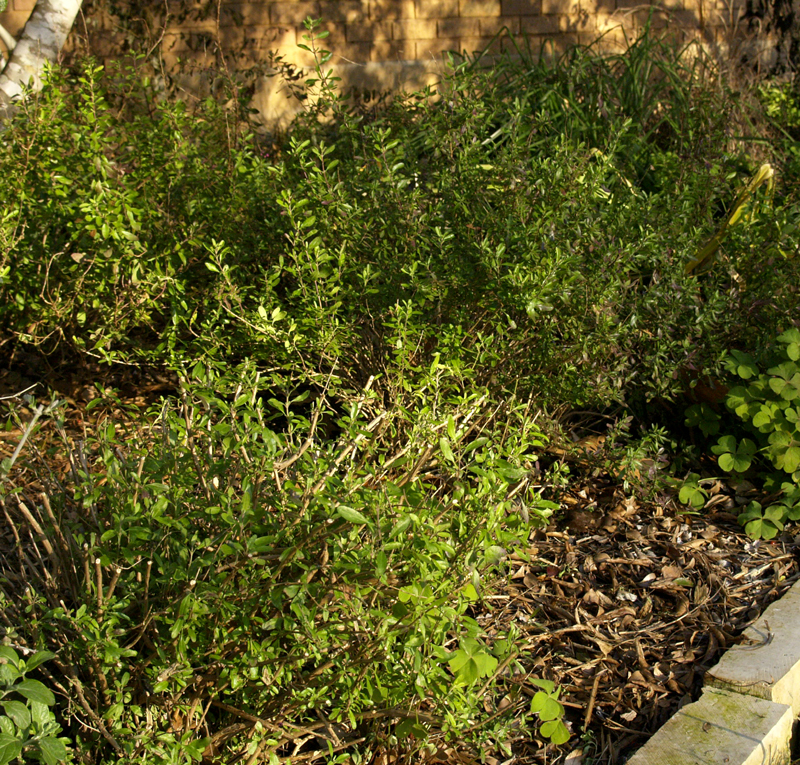 I also cleaned out dead or rotting stems. Since they bloom on new growth, if yours are woody and need a good haircut to fluff them up, late January and early February are ideal for radical pruning.

I cut back the asters, mums, and sticks of herbaceous salvias like Indigo Spires. Mainly, I concentrated on mushy plants, like the agapanthus and society garlic. This warm weather and rains make those mushy leaves a receptacle for disease. 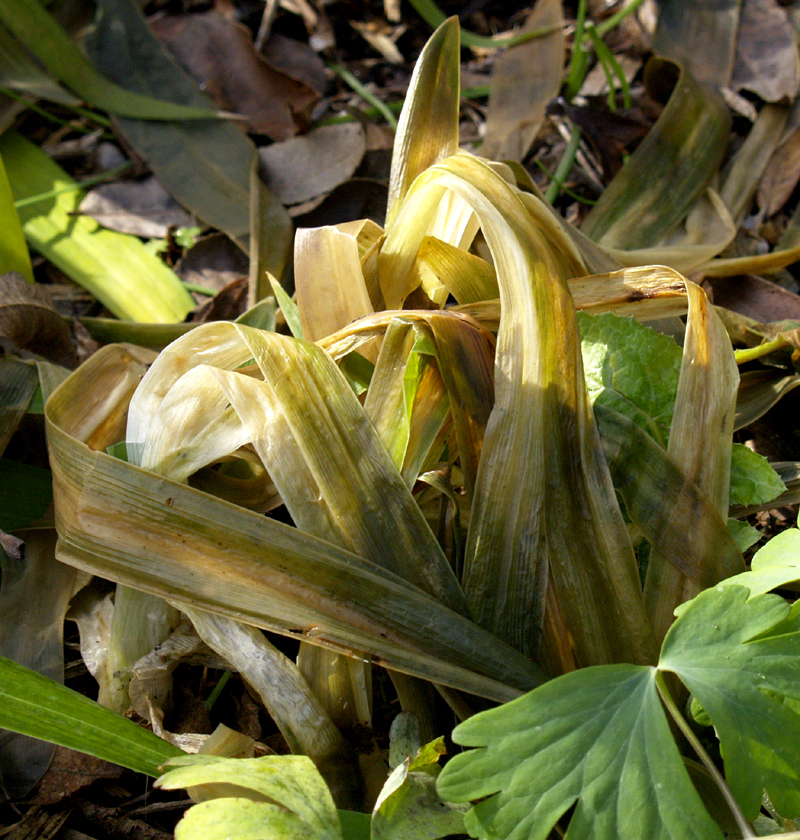 After I took this picture, I cleaned up these damaged daylilies. 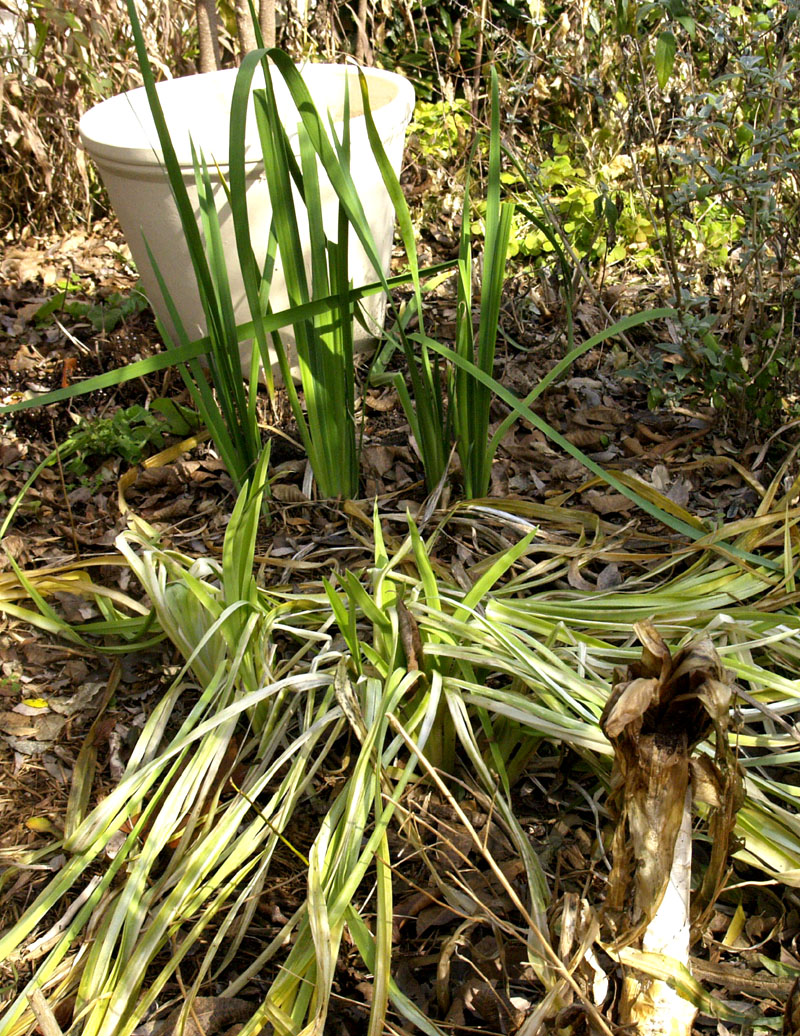 I cleaned up the foreground crinum after the last weather event. Beyond, the spuria irises carry the mast flag. That was my idea when I divided some for this area a few years ago. I’ll add more on the next division after they bloom. By the time they disappear for summer, the flame acanthus, crinum, daylilies, and lantana will fill the space near the spiraea. The plumeria will be back in its pot.

About frozen cycads (sago palm):  Robert Beyer advises us to cut back the frozen fronds this spring and wait for new ones to emerge. Whew.

I’m leaving the freeze-damaged Agave celsiis alone until someone tells me to cut this leaf off! 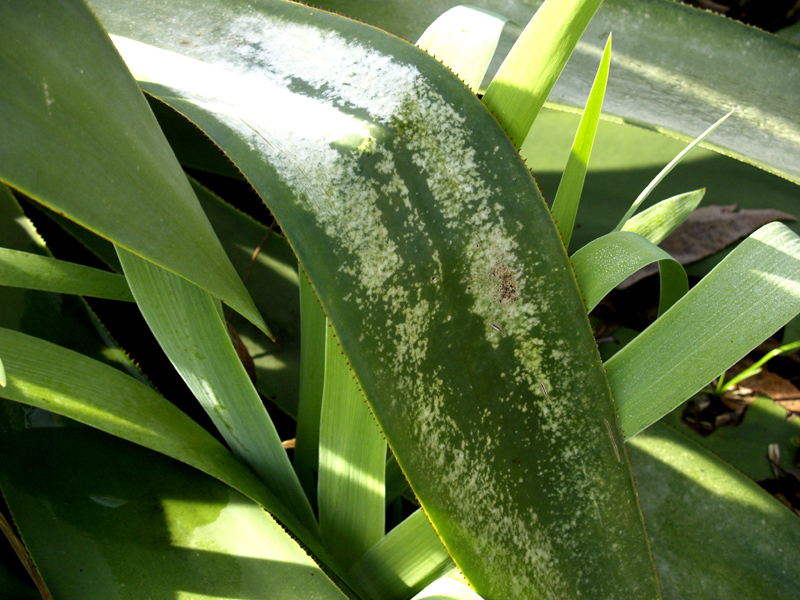 On CTG this week, Daphne features the Queen Victoria agave, (Agave victoriae-reginae), one that is hardy to 10º. She took this picture at Diana’s (Sharing Nature’s Garden) last fall. 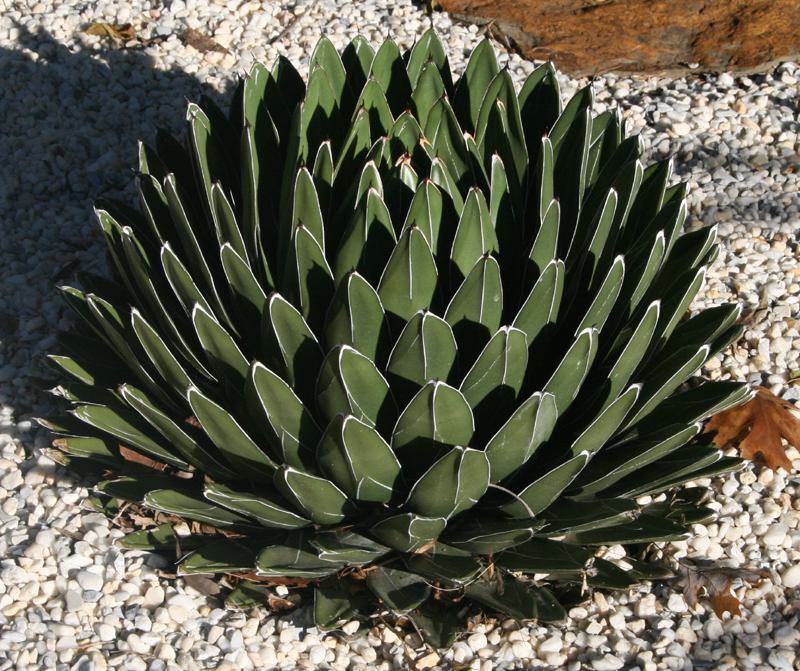 By the way, watch for Diana’s garden on CTG February 20!

Daphne explains how kindness kills succulents, even when you’ve been so careful to bring cold-tender ones to warm safety. Got fungus gnats or rotting houseplants? Find out why and what to do.

And on CTG this week, there’s a lot of cheeping going on! Our feathered guests primped up to be especially adorable for Tom. Like their mom, Judith Haller from the Funky Chicken Coop Tour, they want you to add more than new plants to your garden this spring. Judith explains why chickens are a gardener’s best friend, and how to get started with a brood of your own. This year’s free tour is April 3, so mark your calendar!

Here’s a fun look behind the scenes, thanks to Sara Robertson, KLRU’s Director of On-Air Marketing.

Chickens can certainly clean up your weeds, too. Weeds are opportunists, quickly filling blank spaces. That’s their job. Since drought-weakened gardens improved their job security, Sweetpea Hoover from The Natural Gardener identifies a few of them and explains what they’re doing. 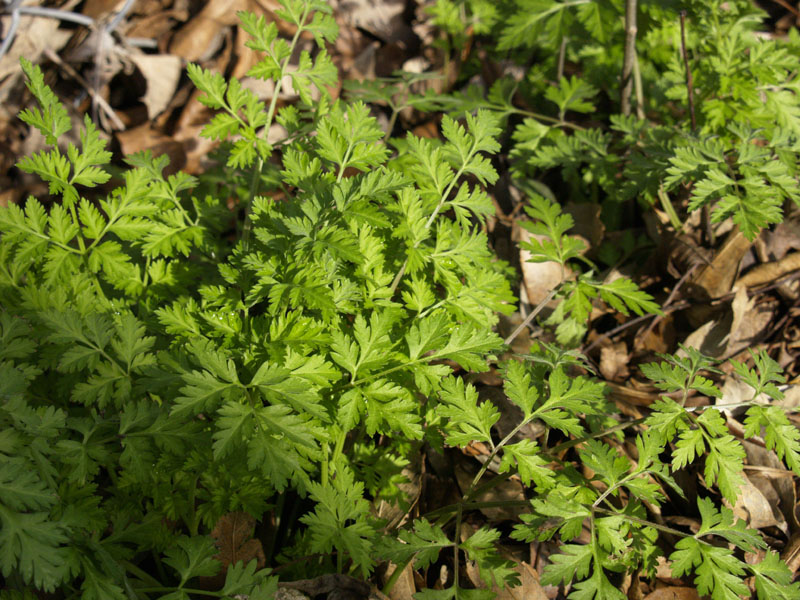 According to Scooter Cheatham from Useful Wild Plants: “Older, it becomes rough to the tongue and eventually turns into “beggar’s lice,” named for the spiny seeds that imbed themselves into pets’ fur, socks, and any and all soft clothing to hitch a ride. Most Austinites, sooner or later, find themselves picking the seeds from a garment and mumbling curses in some language. The plant is ubiquitous. But you can bite it back. Unfortunately, however, it closely resembles Conium maculatum (poison hemlock), at its current stage of development and the only way you can safely eat it is to harvest it far from wetlands and bottomlands, where Conium thrives.”

So, don’t eat it unless you know for sure! Find out about edible weeds and other plants at Useful Wild Plants’ WeedFeeds. Later this year, CTG will meet with Scooter and Lynn Marshall about Volume 3 of the Useful Wild Plants of Texas, the Southeastern and Southwestern United States, the Southern Plains, and Northern Mexico.

One you can eat is chickweed, a groundcover “weed” forming a dense mat among stepping-stones to my lettuce patch. 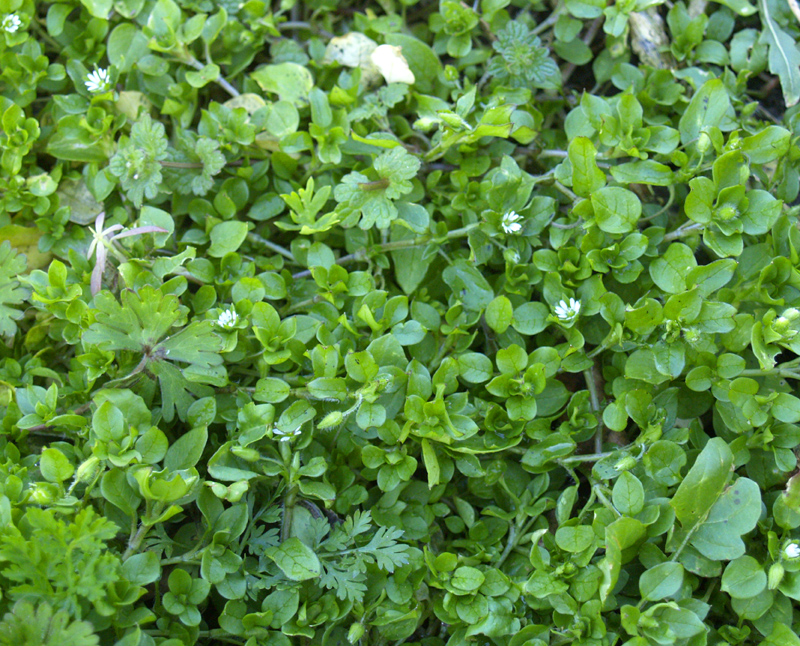 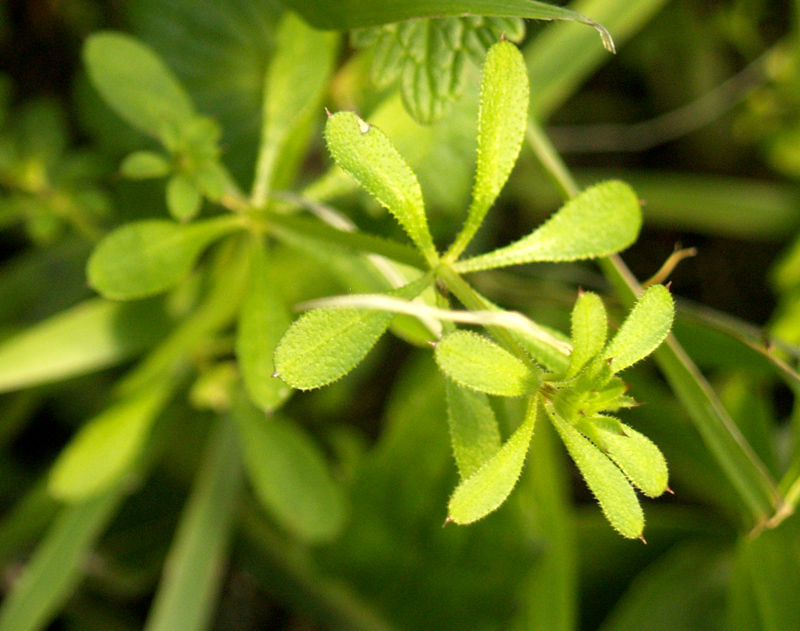 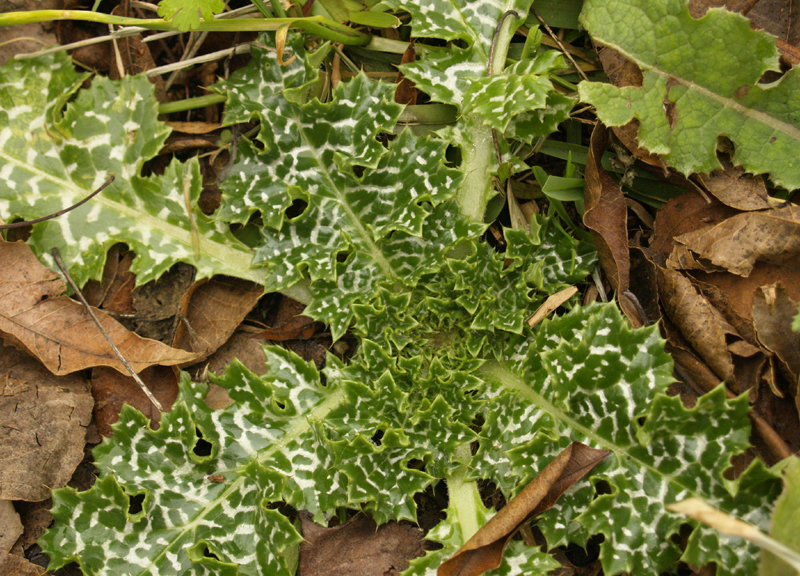 Along with Scooter’s insight, find out why herbalist Ellen Zimmermann respects their integral purpose for nutritious dining and natural remedies.

Sow thistle or dandelion in your garden?  Both are highly nutritious. This one’s a thistle. 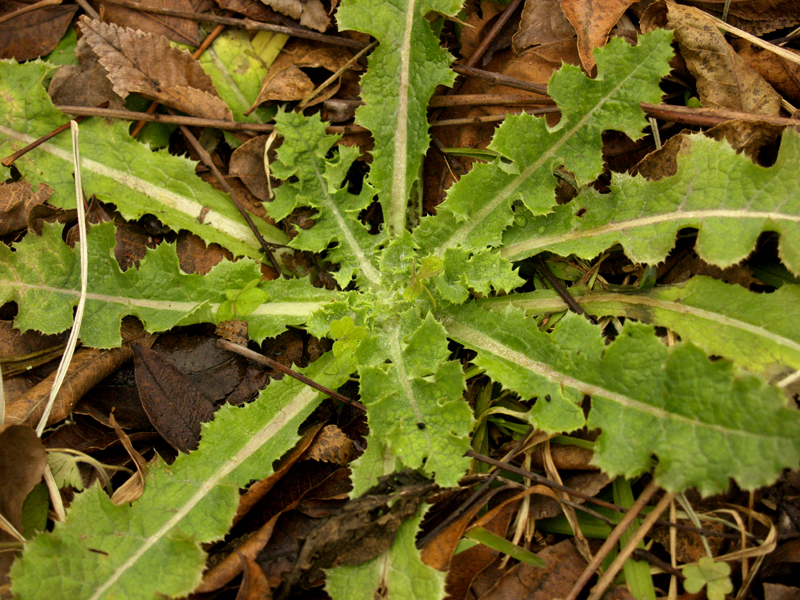 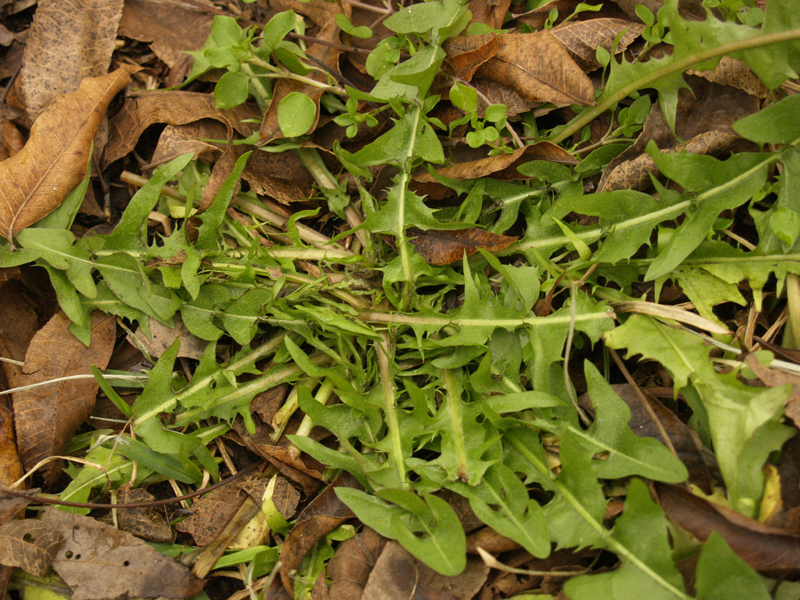 Even before I got the bunnies, who love them as appetizers, this is why I don’t dig them up in winter. 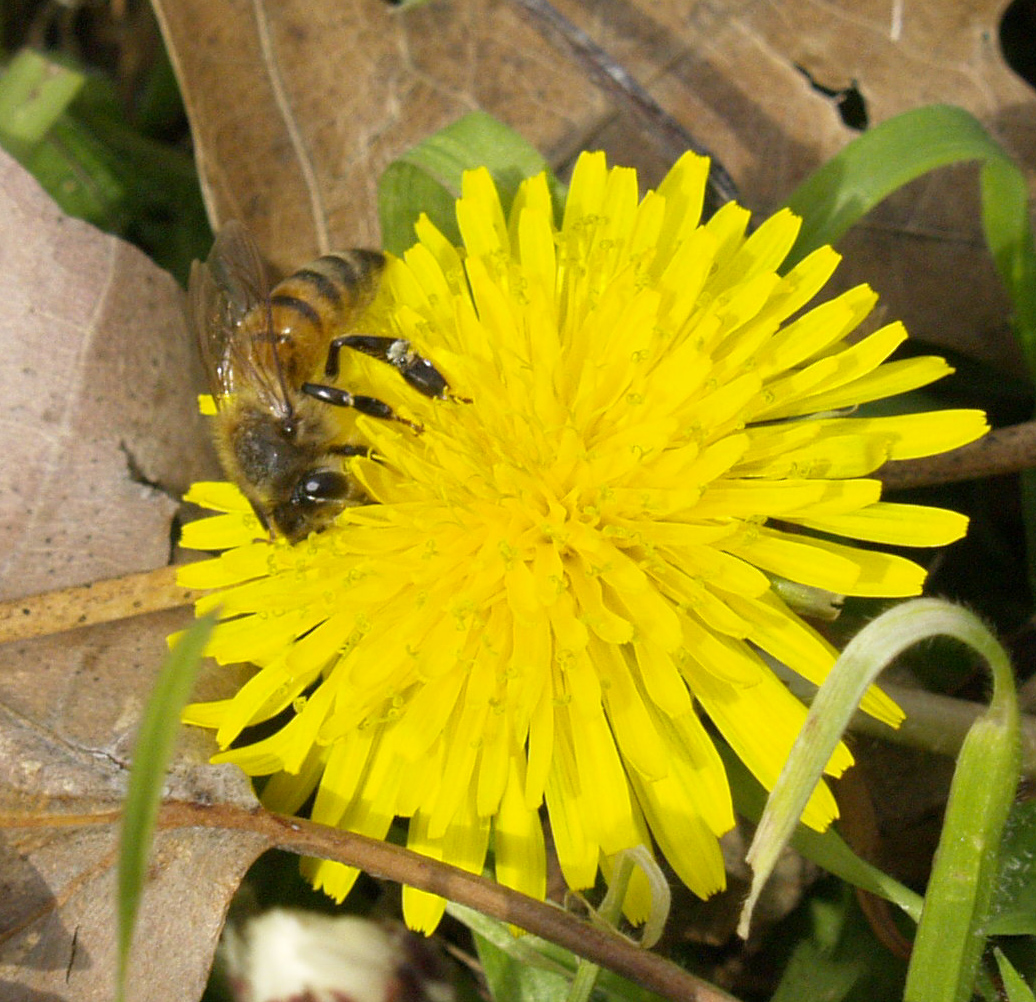 As a coincidence, recently I re-read Ruth Reichl’s Garlic and Sapphires, her wonderful undercover adventures as the food critic for the NY Times. In one luxurious restaurant, she was captivated by a delicate salad that included lamb’s quarters, dandelion, and chickweed!

I bet it cost more than what I could make for free from my garden right now!