What a difference 48 hours makes! 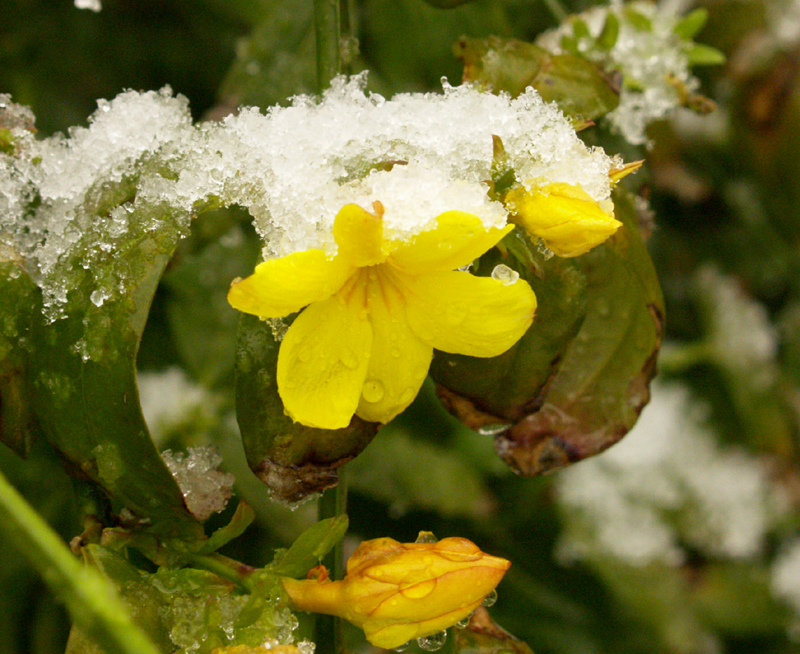 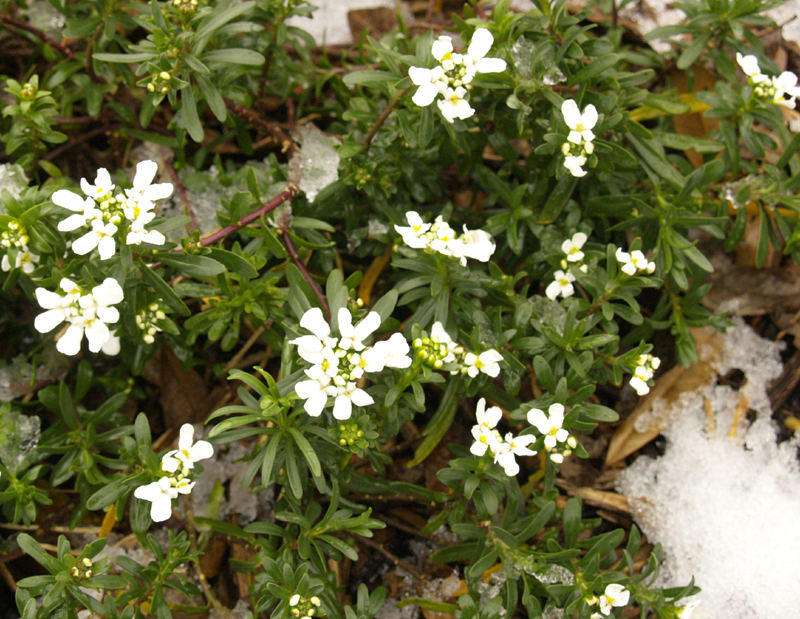 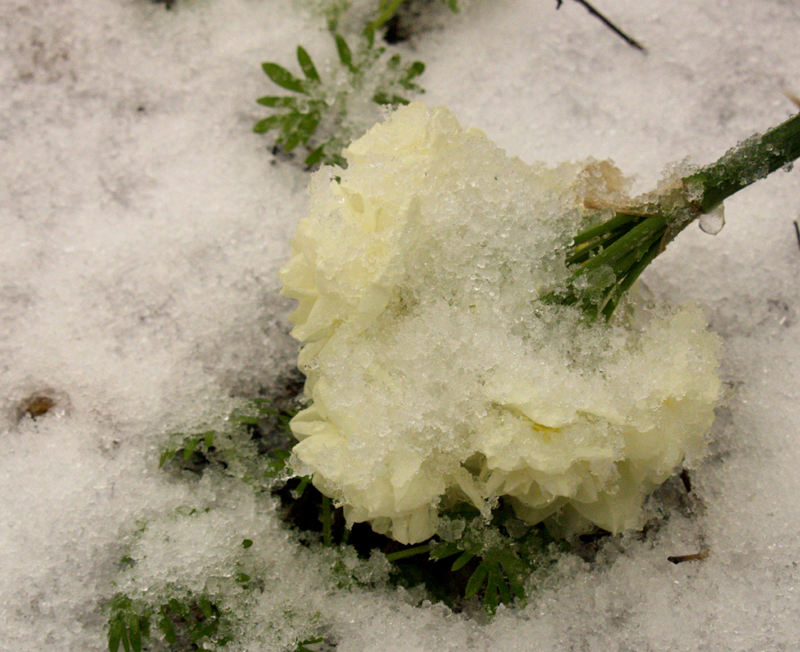 On Sunday, the sun was glaring down on this Narcissus ‘Grand Primo.” By late afternoon, all the bulbs were drooping from the heat. 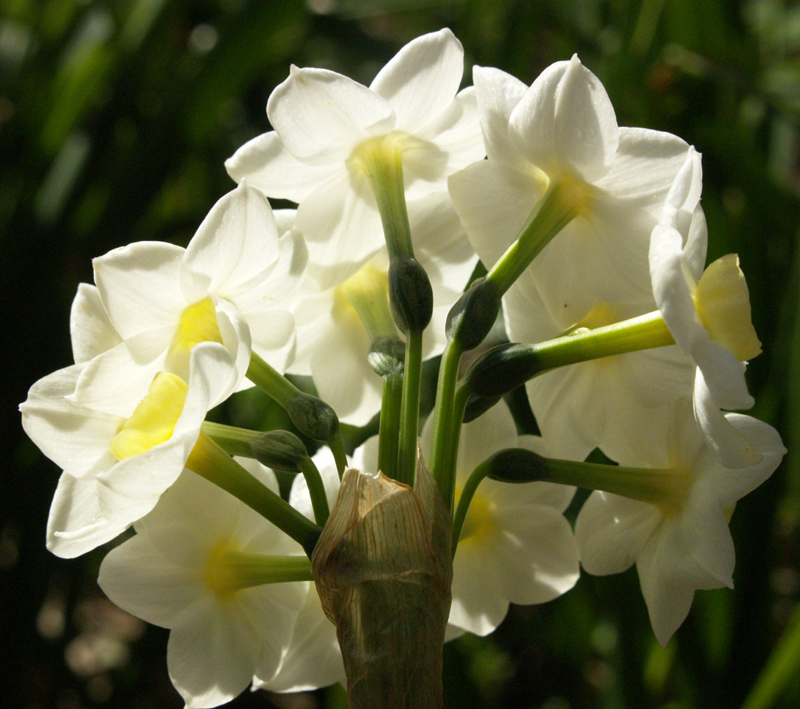 Two days later, it was drooping for another reason. 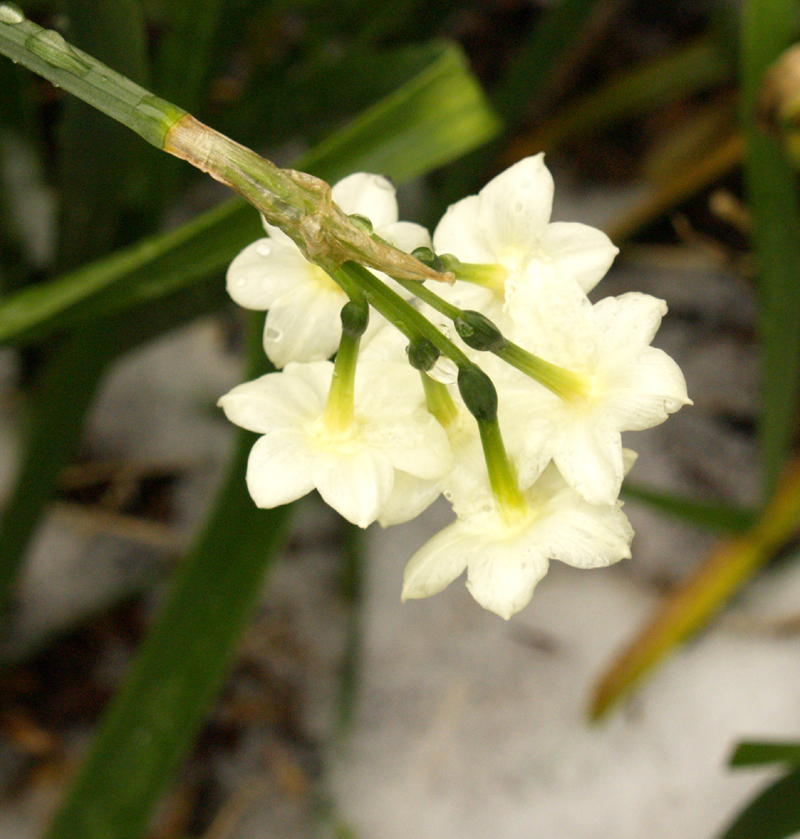 Narcissus ‘Sweetness’ is flowering in the den and crape beds. This heirloom jonquil from 1939 has reliably returned for two years for me. 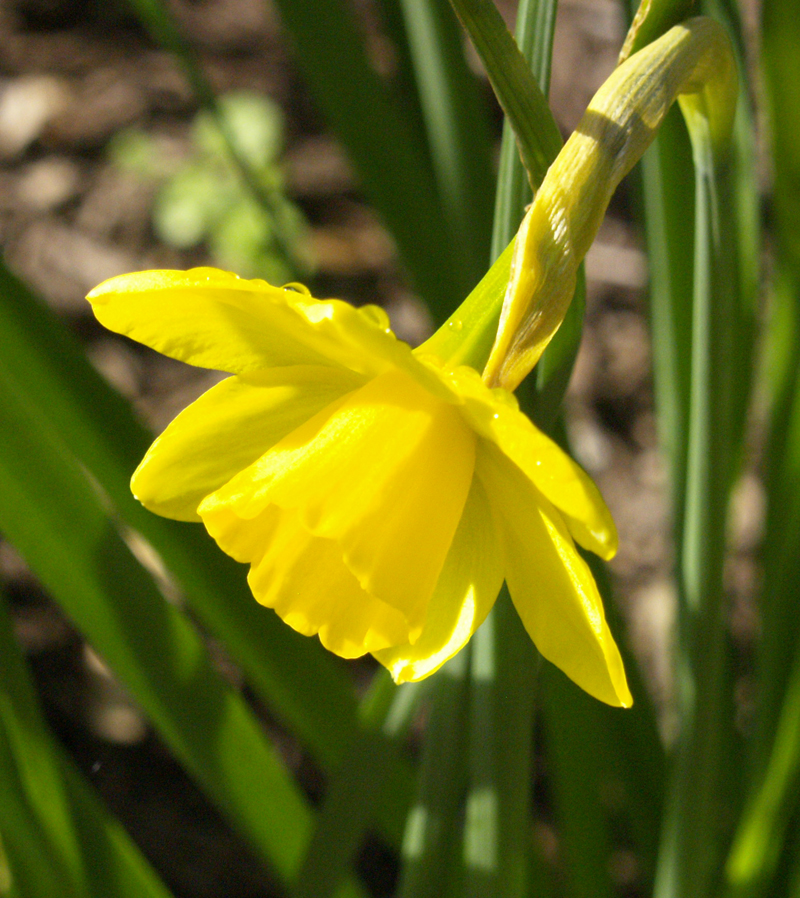 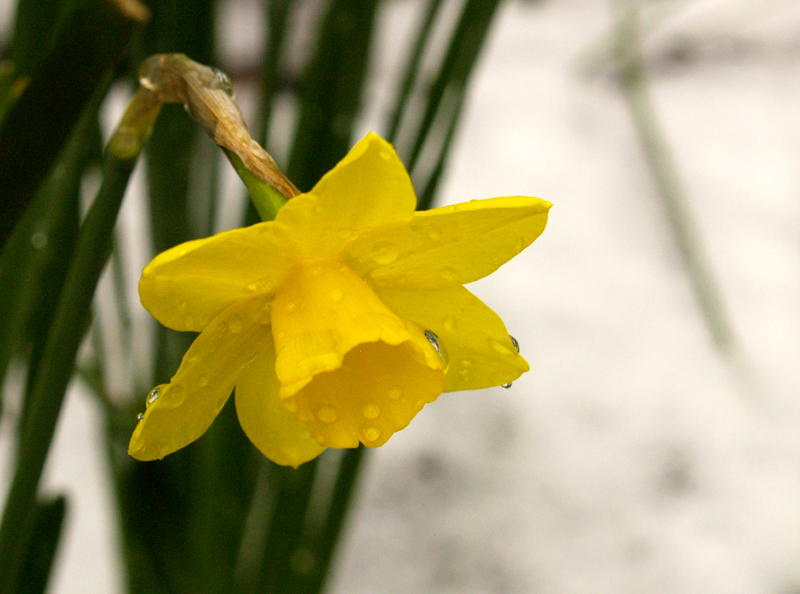 Spring star flowers (Ipheion uniflorum) are showing up with gusto! 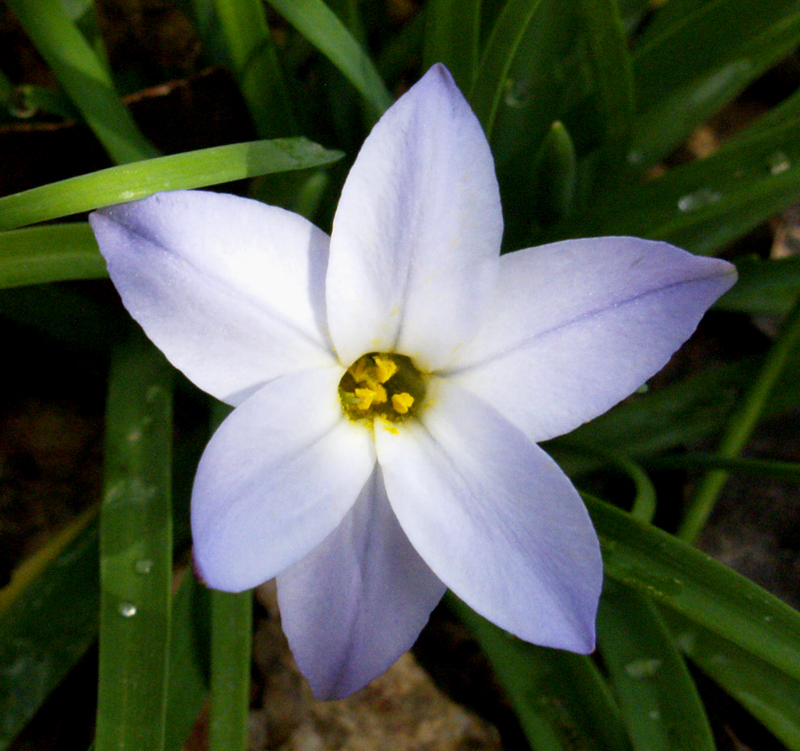 Along with their pastel blossoms, I like their strappy, low profile winter foliage along pathways (or even in them). 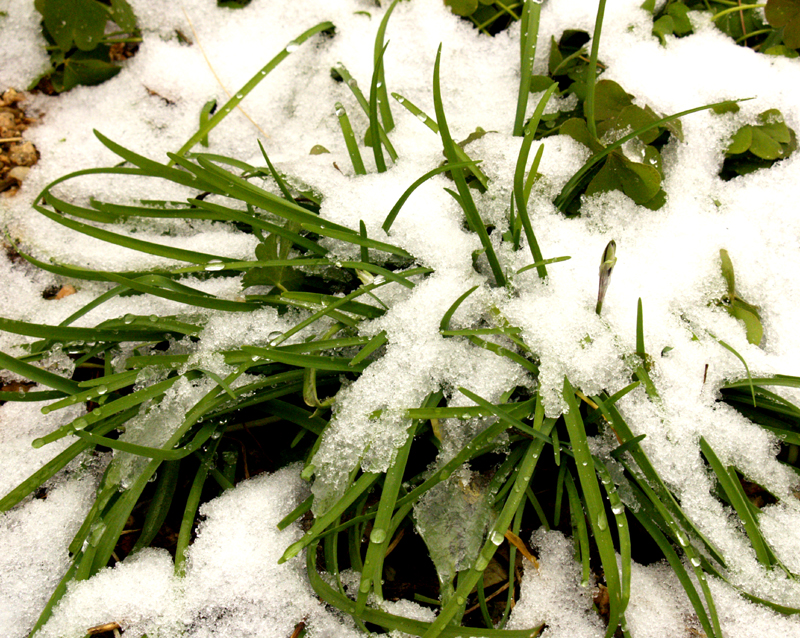 They’re a good way to fill in spots where the perennials are cut back, too, especially outstanding in masses. You can order bulbs in fall but I’ve also gotten transplants spring and fall at local nurseries.

Here’s my surviving Agave celsii in the snow. It’ll make it this time. I’ve already cut back the freeze-damaged leaves. The agave and irises have grown so much that I’m moving the irises later to give the celsii breathing and visual room. 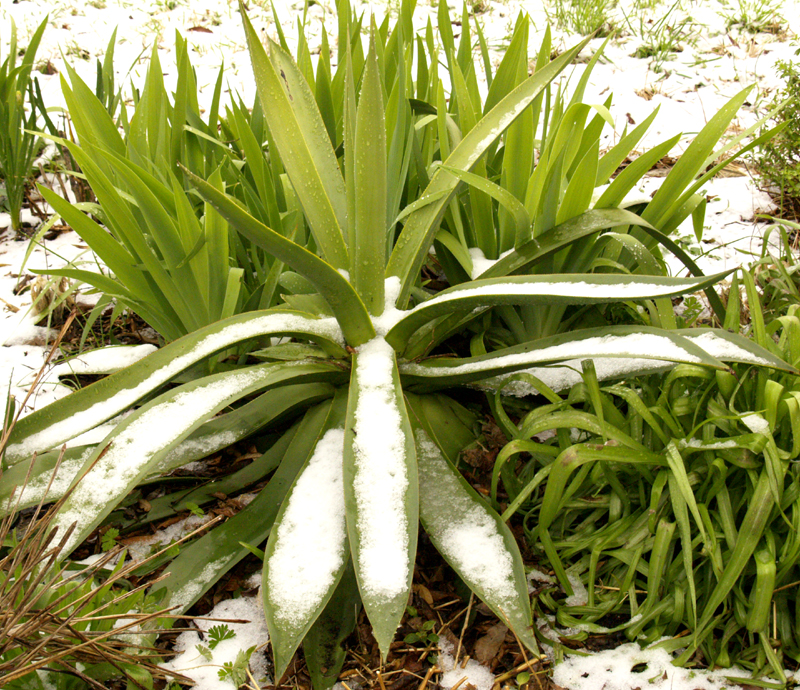 Since emails about freeze-damaged agaves and aloes arrive daily, this week on CTG, Tom meets with Jeff Pavlat from the Austin Cactus & Succulent Society. Jeff brought along examples to help identify what’s truly gone and what just needs some pruning and time. 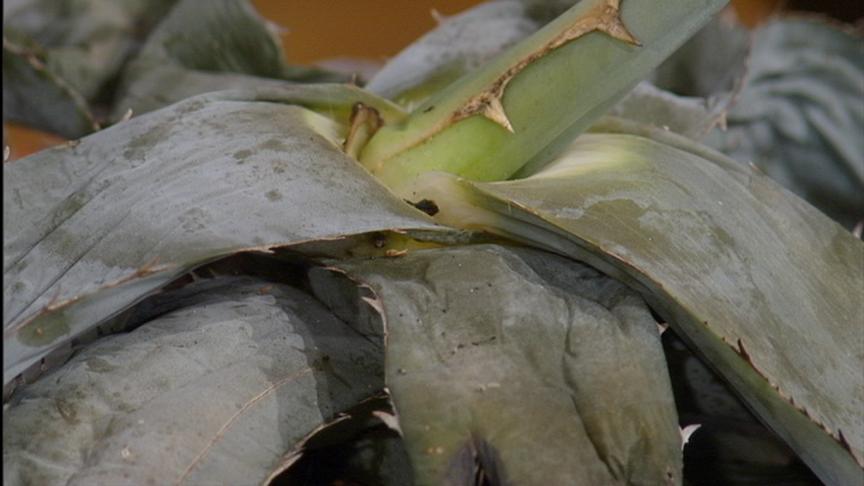 If you’re looking for cold hardy agaves, check out his comprehensive list for details. And get more information, including events and meetings, at the ACSS site.

On tour, Ed Fuentes and I spent an afternoon and evening with The Garden Posse. This passionate, energetic group of gardeners scouts out neglected spots and turns them into gardens overnight. 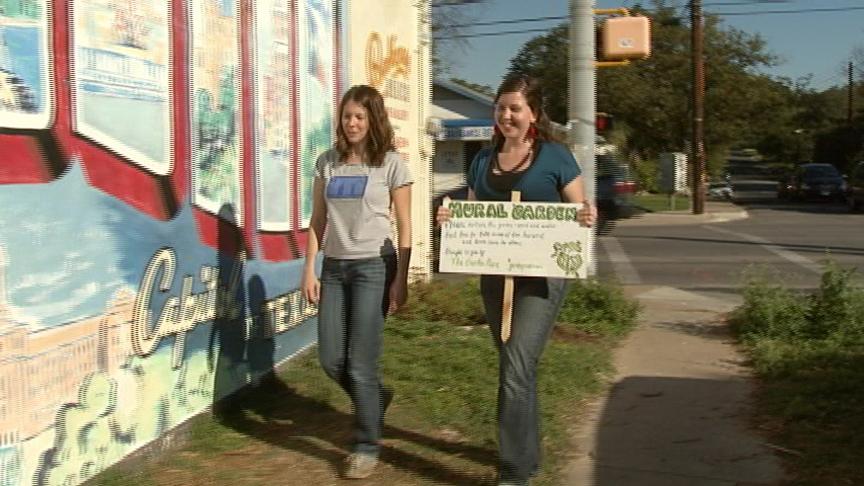 In some cases, like the Cherrywood garden they install the night we taped, the neighborhood group asked for their help. While we were taping, neighbors strolling by or riding bikes raced home and came back with tools from their sheds to help. In a church garden, the parishioners were so thrilled that they named each watermelon as it ripened! Mainly, the Garden Posse is reaching out to their community and doing what they can to make it better, one little plant at a time.

Over the years, I’ve watched independent projects, neighborhood strips, and school gardens come and go. Some are ephemeral and quickly return to their Bermuda grass roots once the team leaders move on to other endeavors.

At the same time, I know that each one made a lasting impression. A child takes the memory to adulthood and plants a garden. A neighborhood starts to borrow ideas to try at home. As the Garden Posse says, they know some of these gardens won’t be around forever. But the philosophy that they’re planting is one that will.

I thank Marshall Escamilla from The Unbearables for allowing us to use his original music compositions!

This week, Daphne explains what “woody perennial” means, and John Dromgoole has great tips for planting and maintaining your container plants. 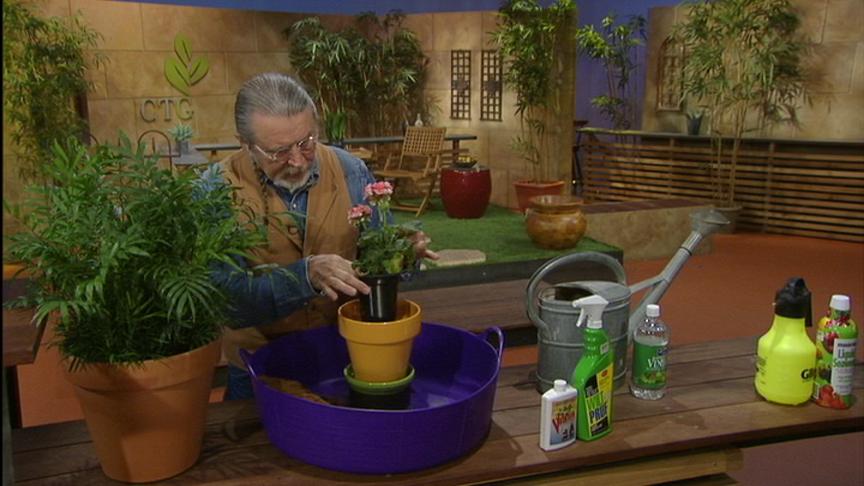 Another great event, on March 6: Celebration of Urban Birds. This is a family fun event with bird walks, bird talks, kids’ bird drawing, and more. Check out our Events calendar for more details.