So, this time of year I get lots of questions about when to fertilize the lawn. Save your time and money until at least April 15, when the grass is actively growing. Before then, you’re throwing your money away to feed weeds. And please, oh please, ignore every enticement from weed and feed products. It’s a scam, folks. Why these products aren’t banned I don’t know. Life will be much happier for our water and your lawn if you apply a thin layer of compost instead. If you’re itching to fertilize with something stronger, select a slow release organic granular. But not until April 15. Compost can be applied any time. Mow or dig those weeds; weed killer “products” will do you no good right now. And oh my gosh: read the labels. If it takes 24 hours before you can go out there again, I wouldn’t send an innocent foot out there ever!

If you tuned in to last week’s blog picture of the spring starflower (Ipheion uniflorum) under snow, look at the same plant two days later! 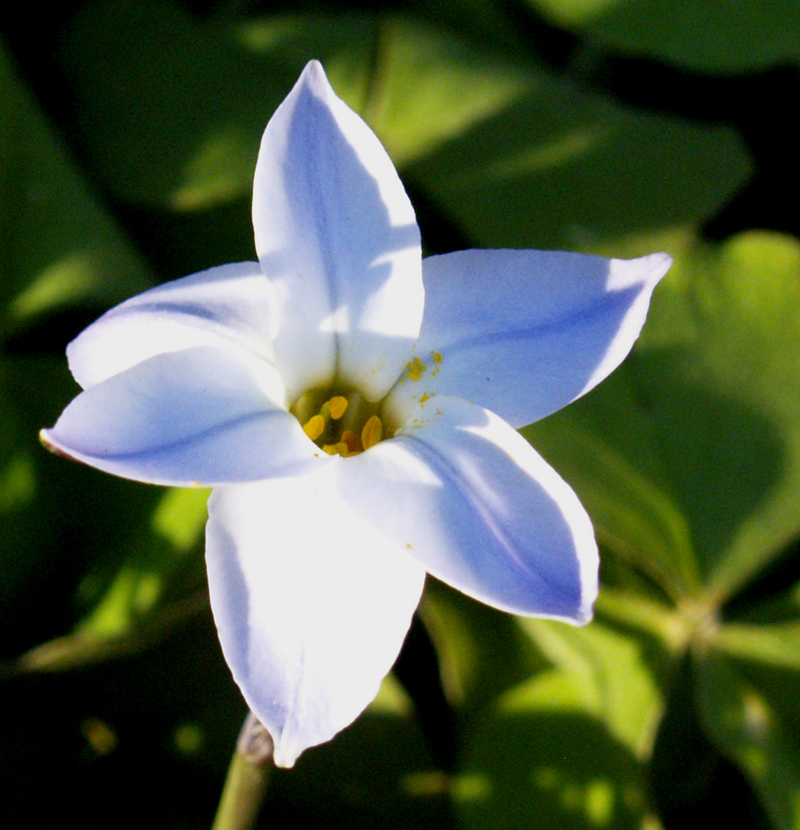 Defying the law of late freezes, I spent last weekend clipping until my pruners screamed for mercy. Even as I swore I’d get rid of some of this stuff and have less work, I was adding to my new plant list. No logic here, none at all.

Although I’m waiting until I finish clean up to venture to the nurseries, I did succumb to this Carex morrowii ‘Aurea-variegata’ (variegated Japanese sedge). I’ve admired it for a few years, and after seeing its performance on a recent garden scout, I decided to replace the dead Agave celsii with it. 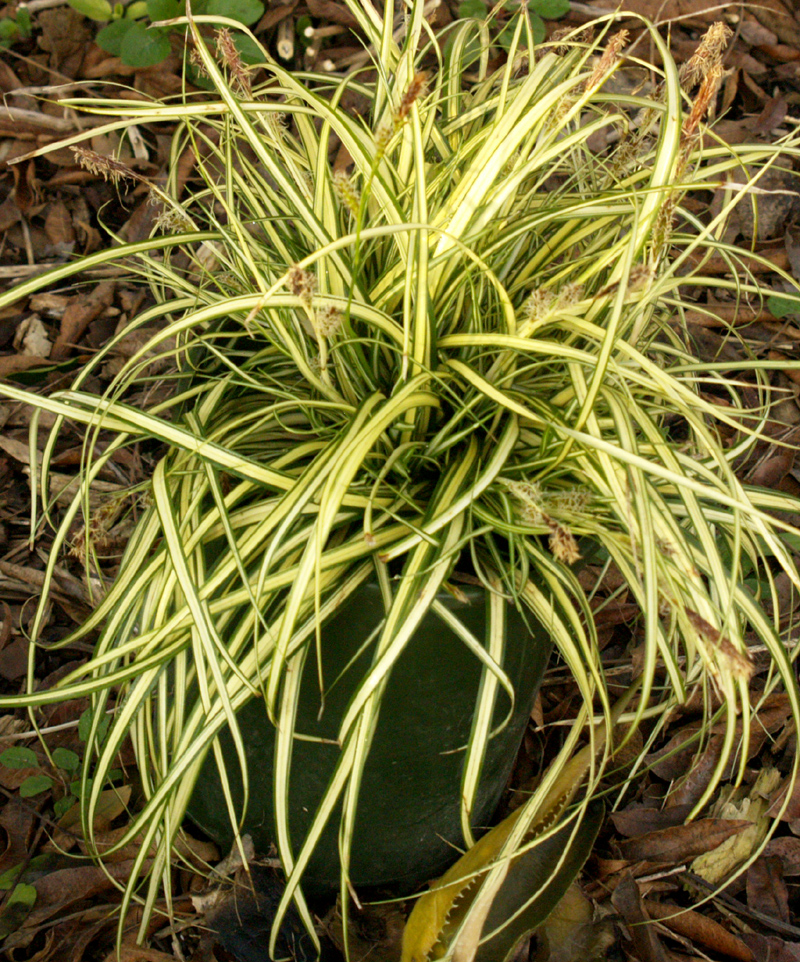 One thing I’ve learned is that the spot makes all the difference. In the very shady rental house side, columbines rot after a few seasons. Last year, I planted one in the front bed under the yaupon, where it gets morning shade and a late afternoon blast of sun. It’s gleeful. 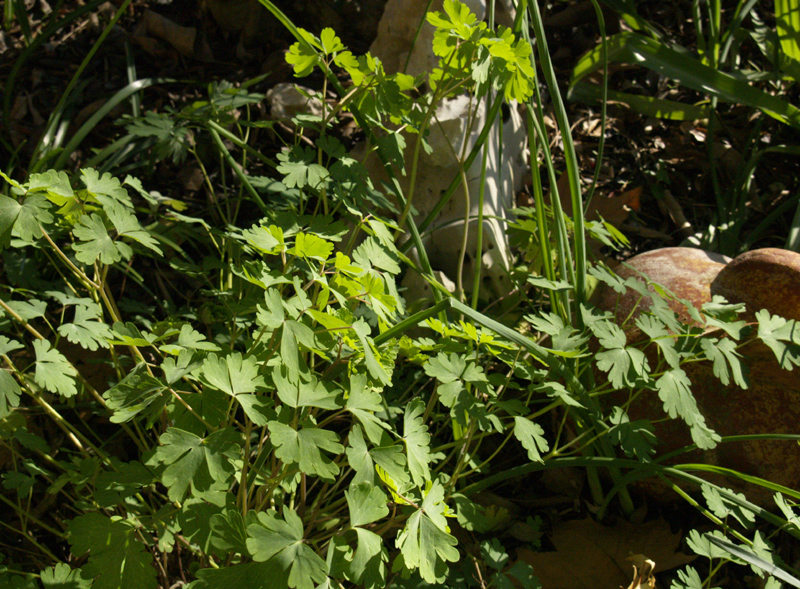 Sweet story for you: one night I was digging up dandelions in the side yard for the bunnies’ appetizers. A woman and her little boy (3 or so) crossed the street and pointed at the leucojums (Leucojum aestivum). 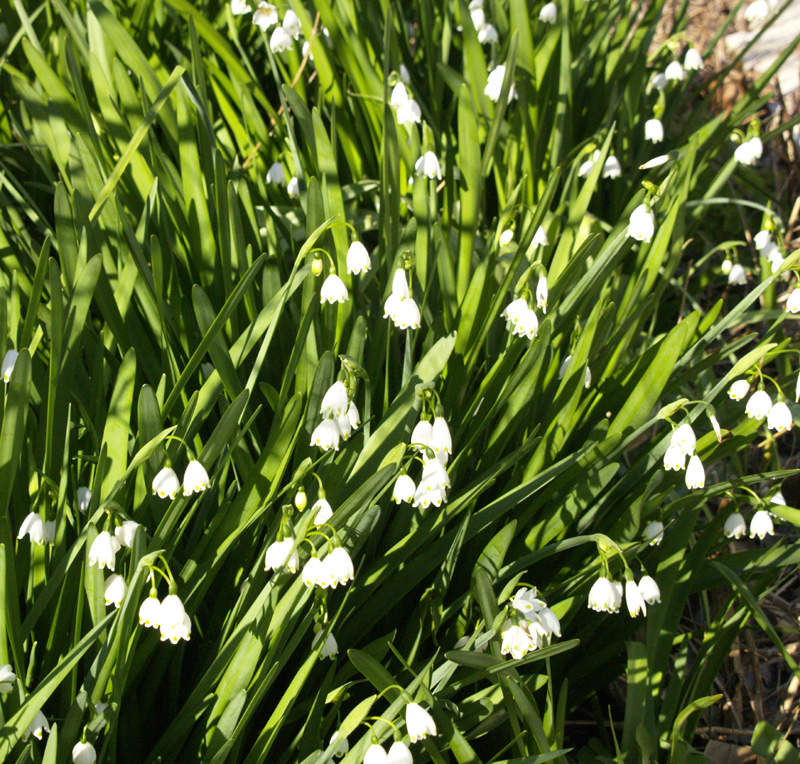 Thinking that the little boy wanted a flower, I snipped it with my fingers. He regarded it in awe in his tiny hands. 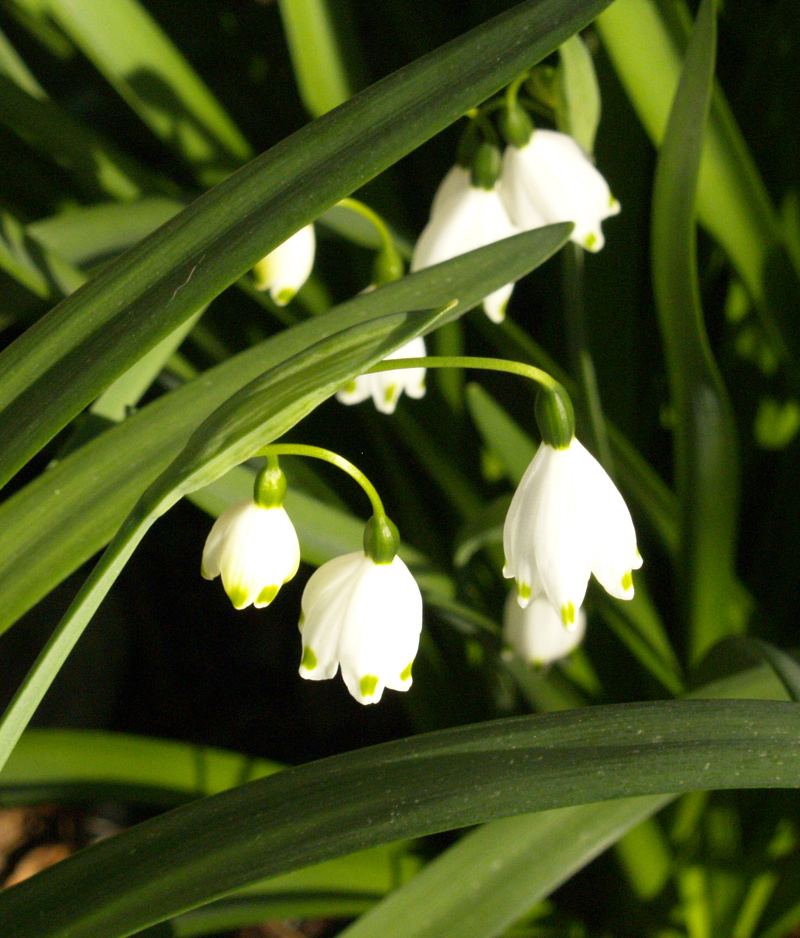 Then the mother pointed. I was going to cut another, but she scrabbled at the soil: what she wanted was a division. I ran to get the trowel and unearthed one for her. I asked her to leave her name and address in the mailbox and I’d dig up more when I had the shovel. “No,” she said, “One is enough. It will grow.”

That is for sure. My past divisions will form a certified hedge around the cat perch in a year or two.  This cat is Sam, by the way. 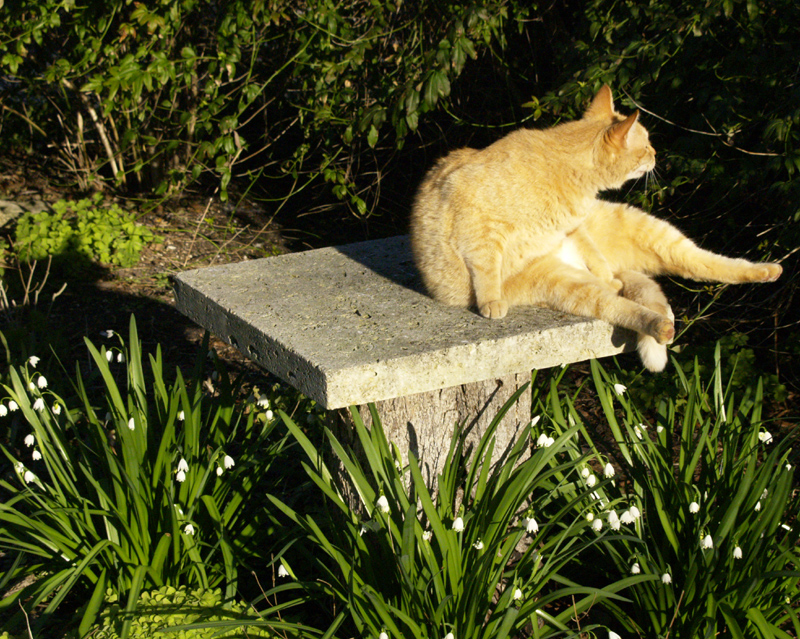 Since this is Pledge time for PBS stations to raise money for our favorite shows, this week please check your local schedule for a CTG you might have missed.

On March 13, I hope that KLRU viewers will join Tom, Daphne, the Travis County Masters Gardeners and me from 4-5:30 p.m. for our CTG Spring Special!