Along with diverse foliar and flower colors, textures, and heights, I like to mix up flower styles, too: disks, little cups, spidery, and tubular (for starters). Makes things pop out a bit. But it’s more than trying to be cool here. Each type of receptacle attracts its own set of feeders/pollinators, which improves wildlife diversity. Right now, we’re all about tubes, like the perennial flame acanthus (Anisacanthus wrightii).  It’s just waiting for the hummingbird to come back. 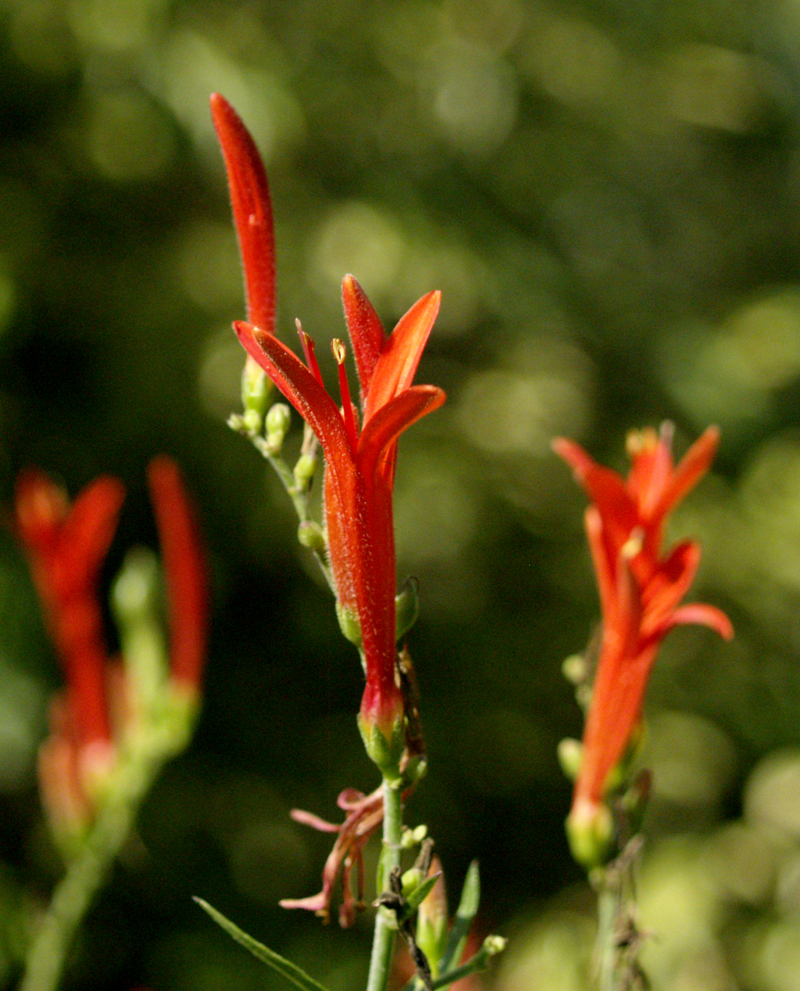 Cooler days mean that the salvias are back in business, including the annual Salvia coccinea. This is ‘Nymph White.’ 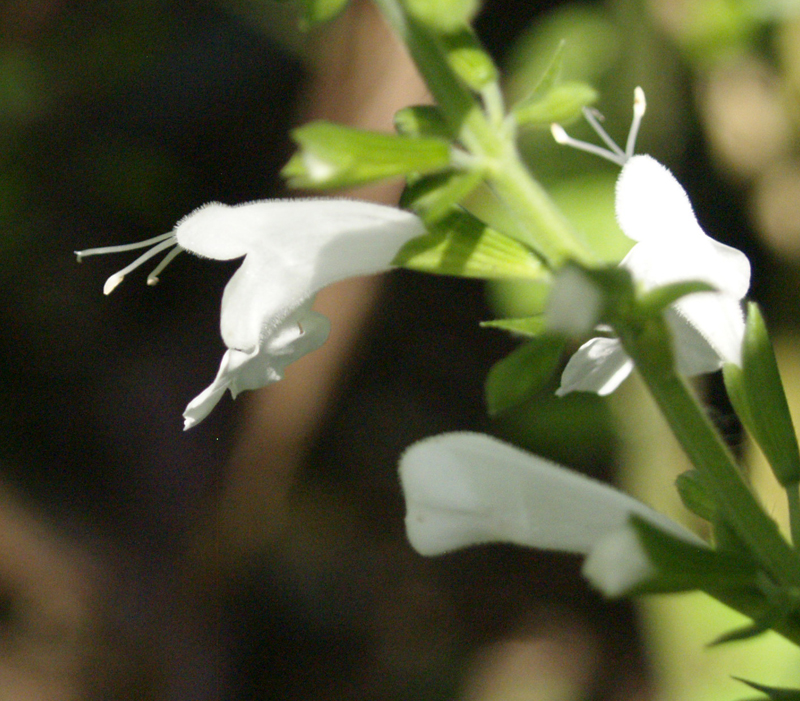 And perennial Salvia microphylla ‘La Trinidad Pink’. This one didn’t even freeze to the ground last cold winter, like some of the other big-leafed salvias. 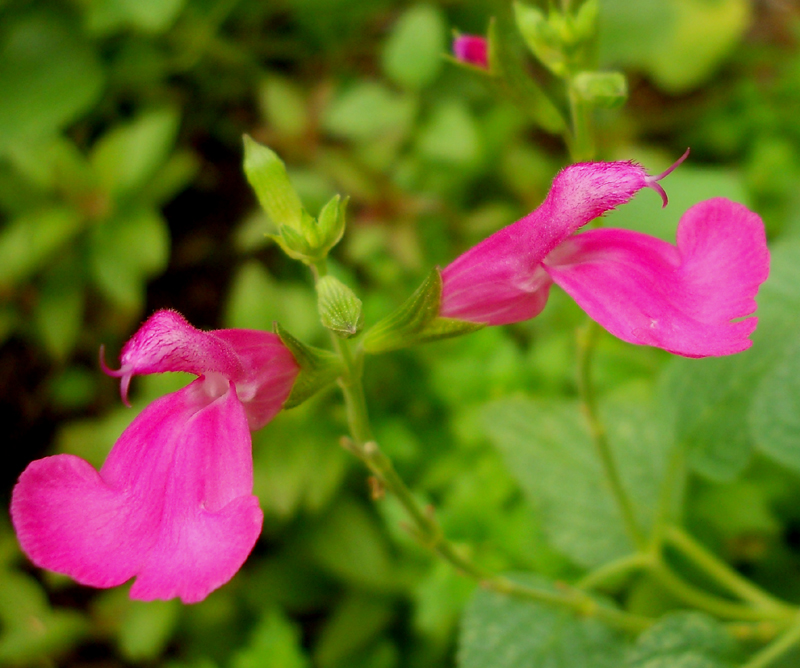 The woody Salvia greggiis are getting ready to go to town. 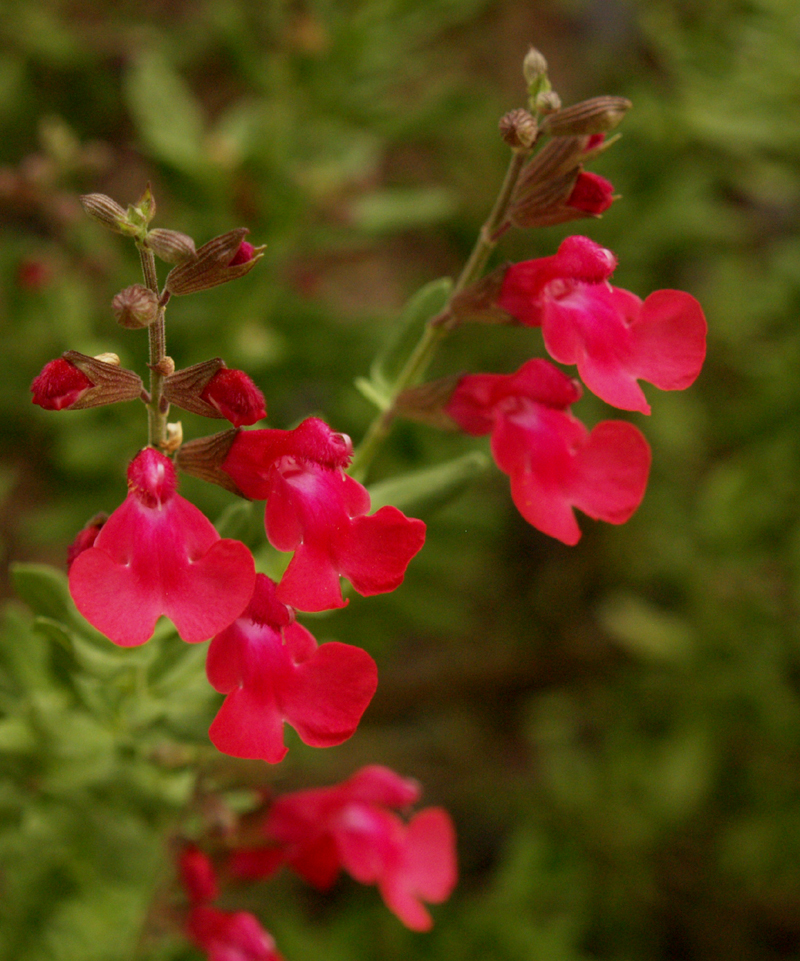 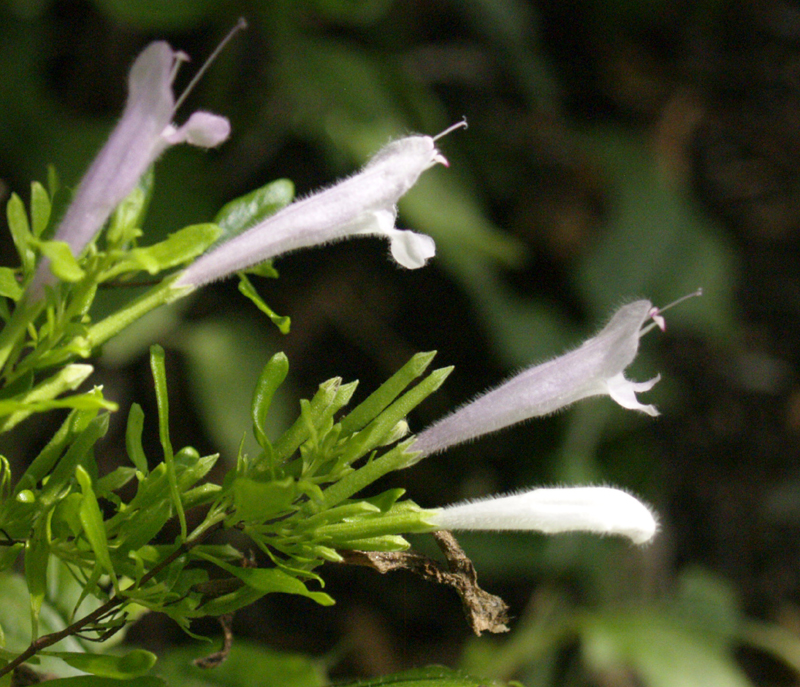 This one’s not tubular, but I had to share the surprise of diversity!   I came home to find some tiny darlings in the grass by the kiddie pool.  Tall narrow stem  like a rain lily. 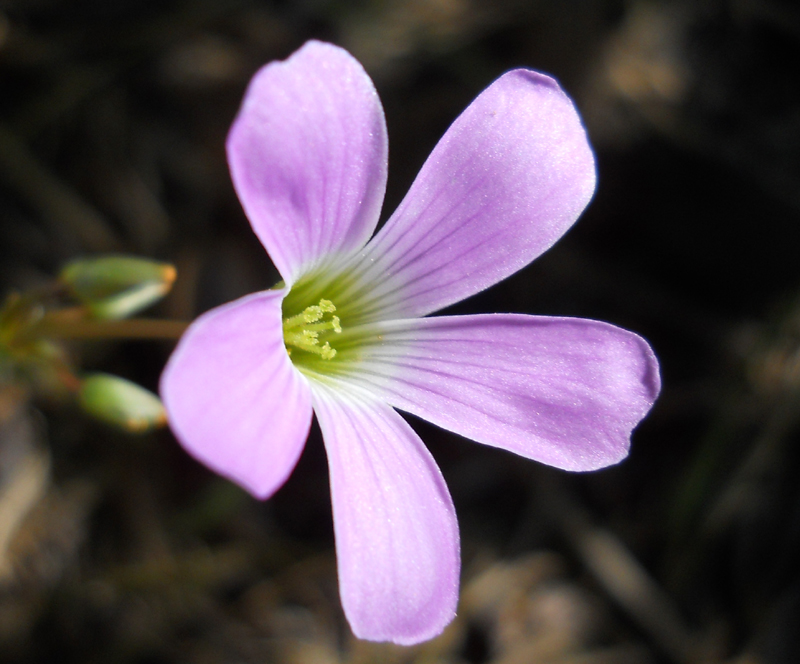 Well, duh, I knew there were oxalis that seeded over there, but there were no leaves.  And the flower is much larger and different than the flowers on the clumps of oxalis coming up everywhere. Plus, I’d never seen it spike like that. I hoped I had some rare thing, but Lauren & Scott Ogden and the Wildflower Center said it was probably the native Oxalis drummondii. Well, at least it’s a native! Mark your calendars for the Wildflower Center’s plant sale coming up Oct. 9 & 10 (advance shopping on Oct. 8 for members).

Diversity defines this year’s Garden Conservancy Open Days Austin tour. Coordinators Charlotte Warren and Laura Bohls did a terrific job selecting gardens big & small to tantalize your design & plant senses. This week on CTG, Tom meets with them to show you what’s in store on October 16. 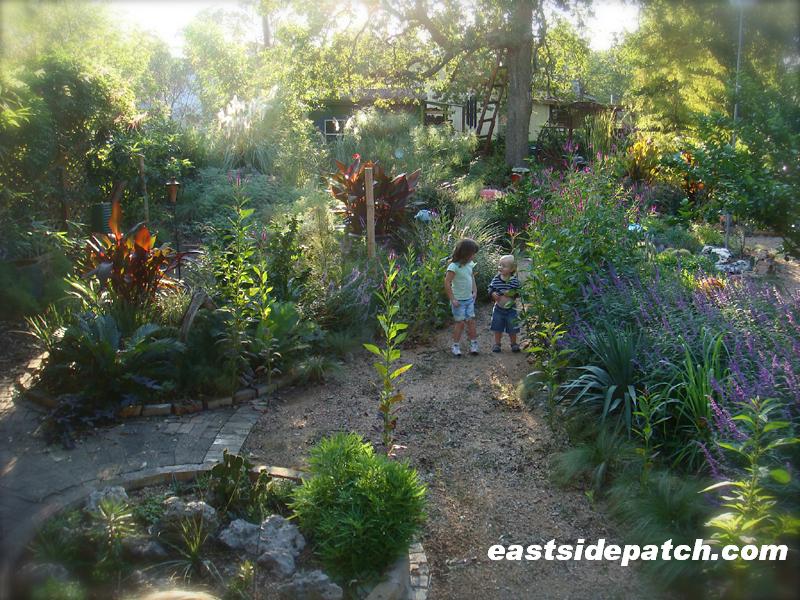 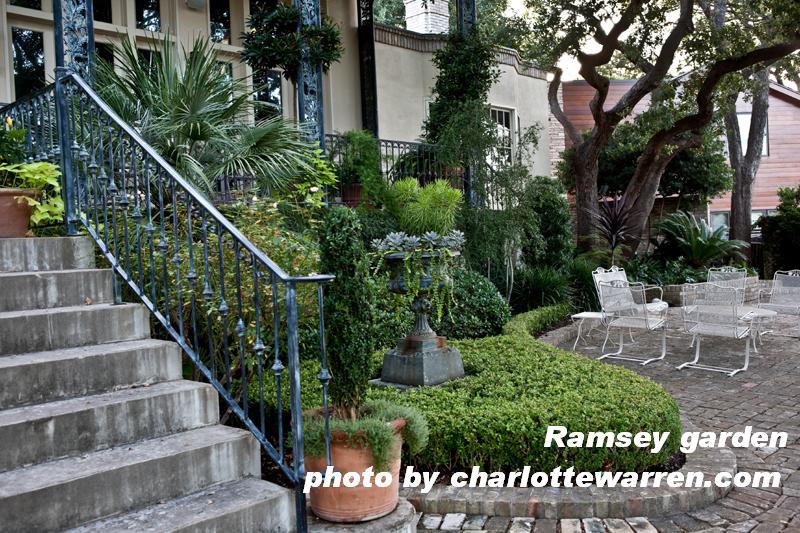 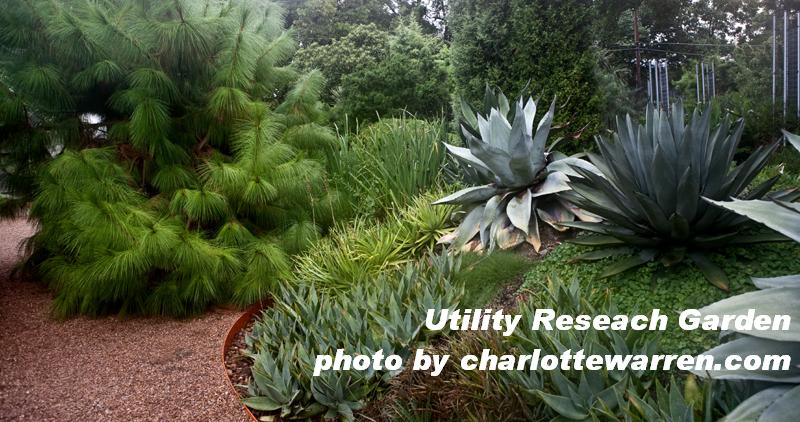 Our featured video is an outstanding formal garden, tended by designer Scott Thurmon.

Don’t miss an update visit to landscape architect James David’s garden. He & Gary Peese made a lot of adjustments after last year’s no water restrictions. And Deborah Hornickel’s made some major changes to her exquisite small garden. And oh yea, since East Side Patch was featured on CTG this year, I know you’re dying to see it in person!

Troubles with vinca? This week, Daphne answers viewer Michelle Masso’s question about what attacked her groundcover. You’ve probably seen the same thing on many plants, or leaves that are just completely folded over. 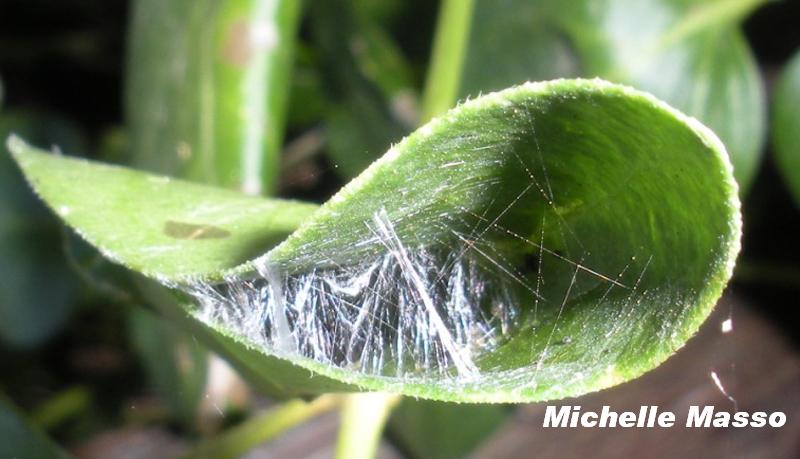 Leaf rollers are at work here. Hey, when we attract wildlife, we take the temporary damage with the rewards.

Since we’re all heading to the nursery after reading this blog, don’t miss our Backyard Basics segment with first-time  CTG TV star William Glenn from The Natural Gardener! 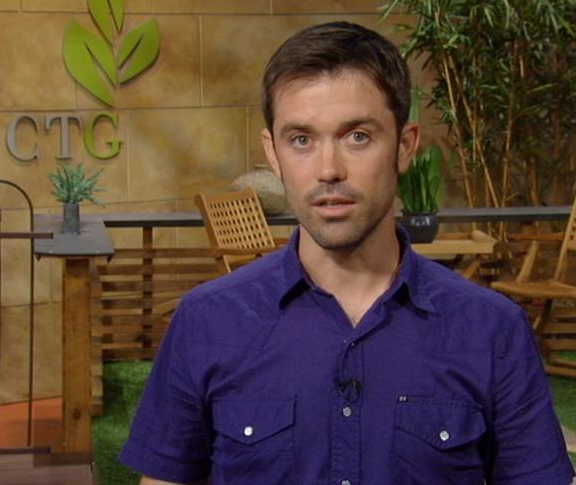 Here’s why: he explains how mycorrhizal fungi will jumpstart those plants and trees you’re itching to plant.