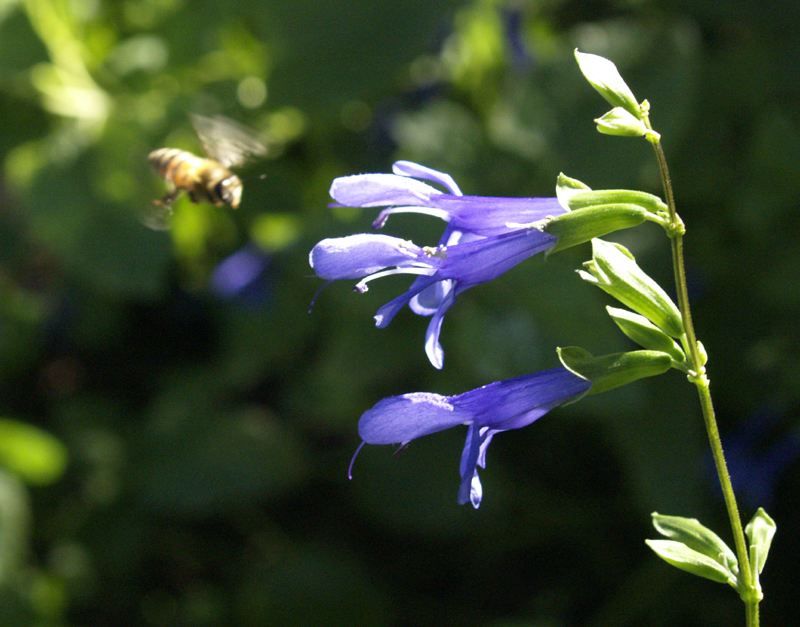 Sorry, just had to say that, I really did.  Spring blooming salvias are back at it. And summer isn’t ready to give up yet, either. Check out this surprise on the crape myrtle. Not sure that’s ever happened before. 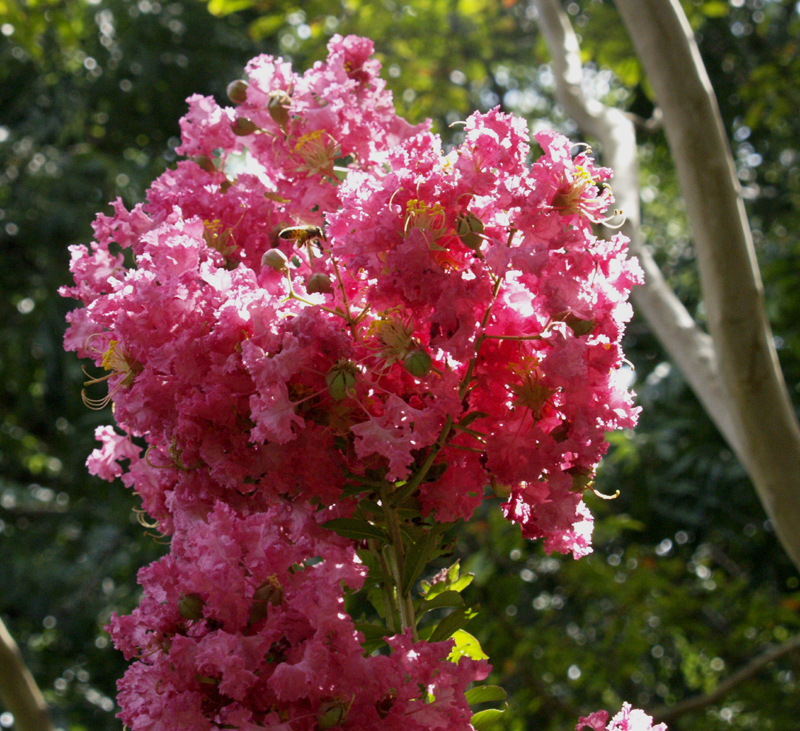 Underneath, a few bouncing bets (Saponaria officinalis) bloomed. They’re usually pretty skimpy for me. Until I find the right setting, I’ll take what I can get. 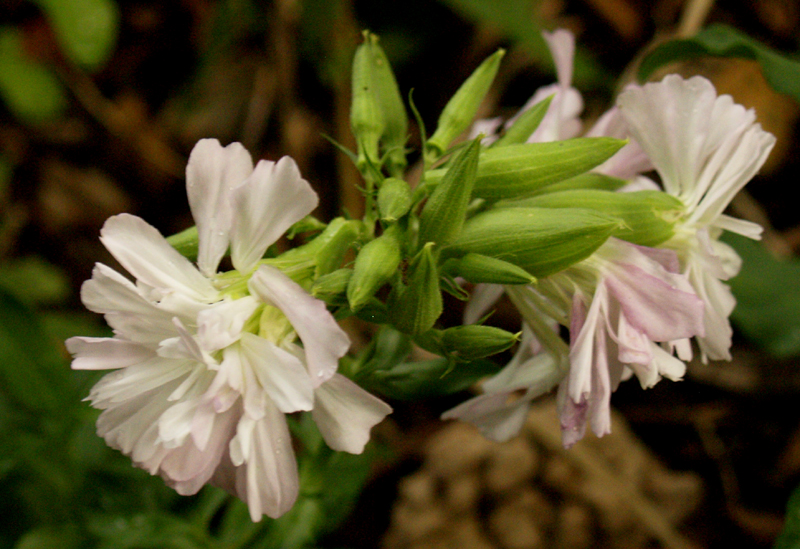 Generally, the toads hop into the fountain basin at night and take off when we come out for coffee. Recently, they’re in all day or by early evening. 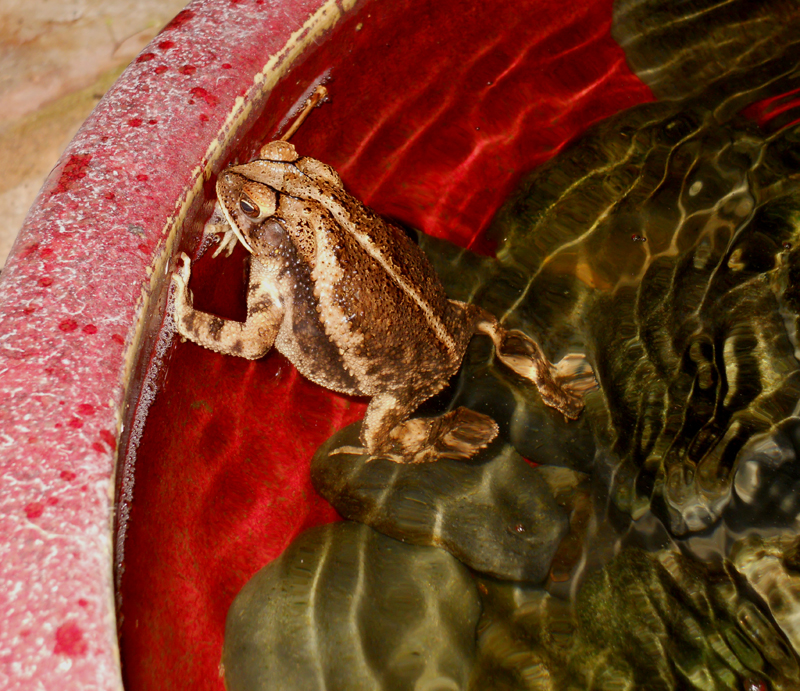 Greg took that picture. For his birthday this week, I got him a tripod to go with “his” camera, the little point & shoot he got me for MY birthday in August. If you’re married, you understand this well. I figured if he was going to be unofficial CTG staff to record video and take pictures, I should give him some gear. 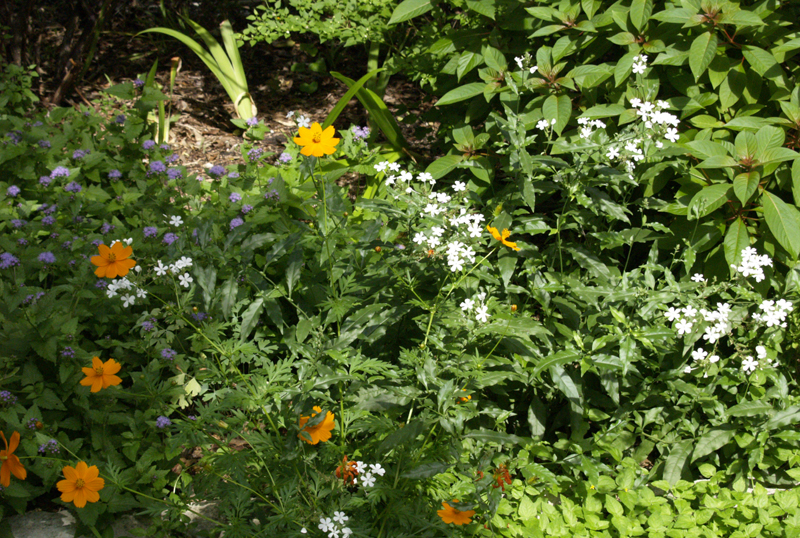 Native Plumbago scandens, Conoclinium/Eupatorium coelestinum, cosmos. The thing falling over in back is Hymenocallis ‘Sulphur Queen’. When it freezes back, I’ll cut it off and hope it flies right next year. To the right is firebush (Hamelia patens). 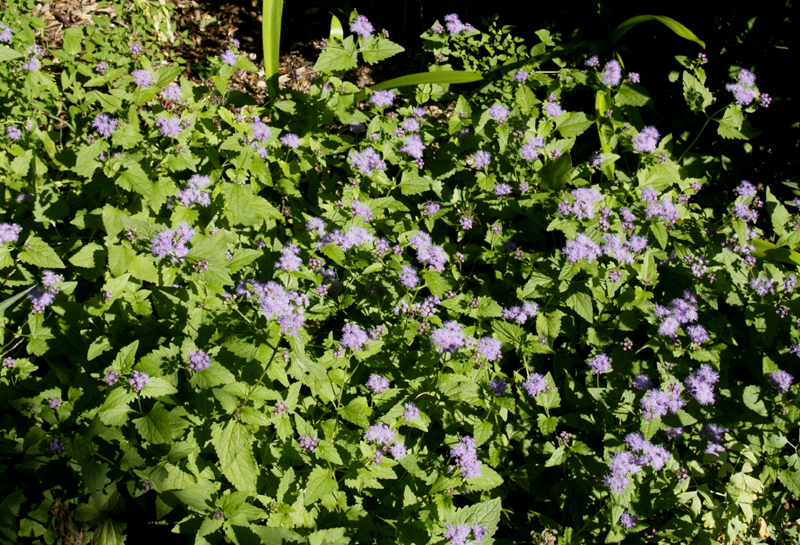 I got the C. coelestinum after I saw its shrub-type habit in a garden. Maybe I need to prune it earlier in the season, because mine is floppy. 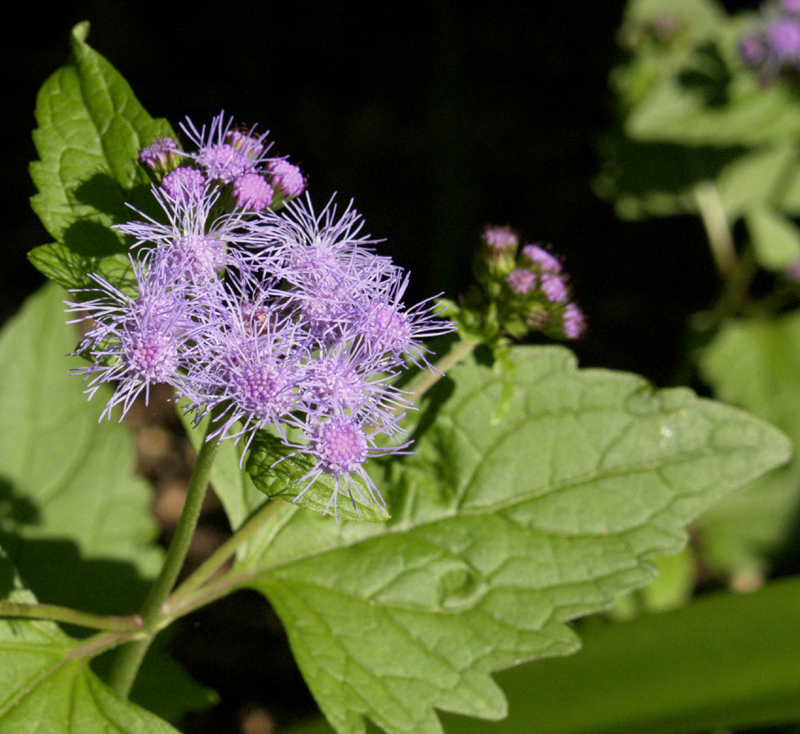 In any case, like the C. greggii, and now the betony-leaf version in front, it kind of takes over.  Every year I struggle with the dilemma: do I want clean structure or mayhem? When the butterflies descend on them in a few weeks, I’ll go for mayhem.

Now, is this the weirdest thing you’ve ever seen? 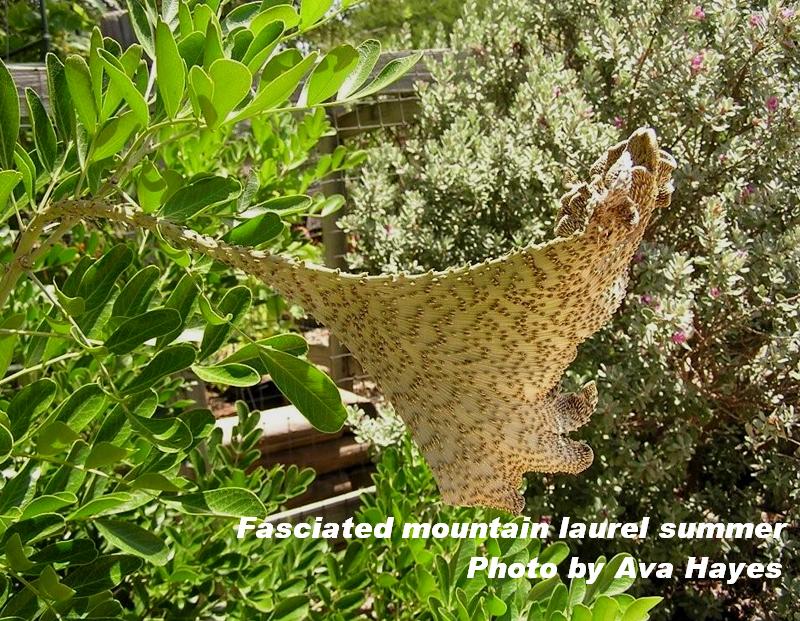 Ava Hayes sent in a picture last spring. Daphne went out & nabbed a picture, since this is so unusual.  Her office got flooded the next day, drowning her computer, too, hence the delay. This mountain laurel growth is fasciated.

It’s a genetic mutation that develops when the round growing point, the apical meristem, becomes distorted and crescent shaped.  Find out more from Daphne this week. 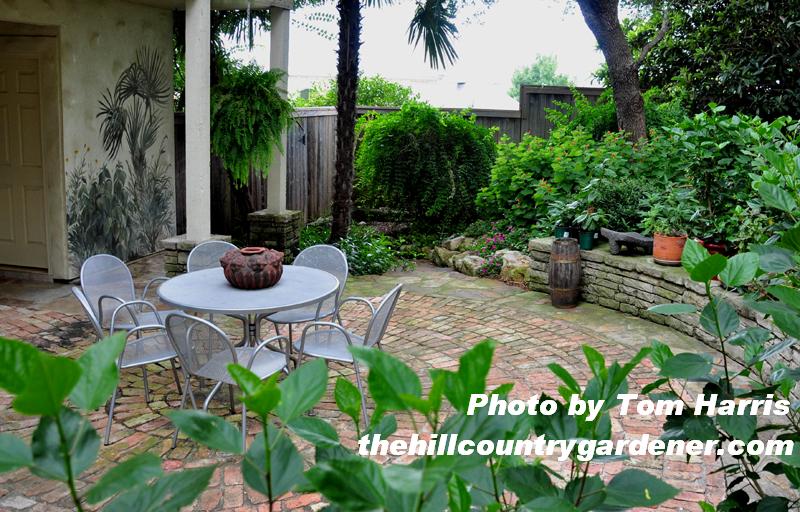 You’ll meet some charming gardeners and exquisite gardens, including our featured video, designed by Tony Villarreal with the hands-on gardeners. 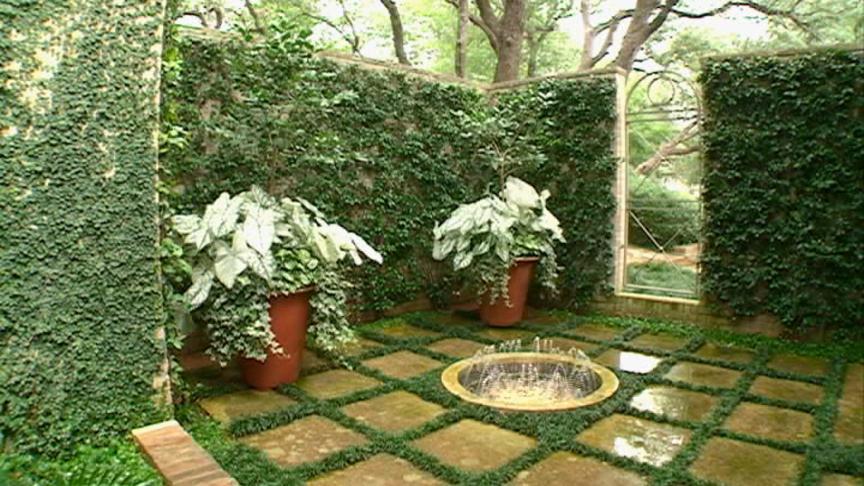 See how they created viewpoints for close-up connections and wide vistas. You’ll also love the naturalistic dry creek bed that solved a flooding nightmare. Like all the gardens, they have so many wonderful design and plant ideas for you to adapt.

If you’ve seen Gail & Don Clowe’s phenomenal Southwestern succulent/Japanese/orchid garden on CTG, this is your chance to meet them in person, since their garden is one on this tour!

To make sure you’ve got the best pumpkin on the block this Halloween, Trisha’s got some really fun ideas to decorate your Jack-o-lantern with cuttings from the garden.