Fruits of our labors even if some took “almost” a century

I’m always so glad when the Byzantine gladiolus flowers this time every year. But doesn’t that face look a tad grumpy? 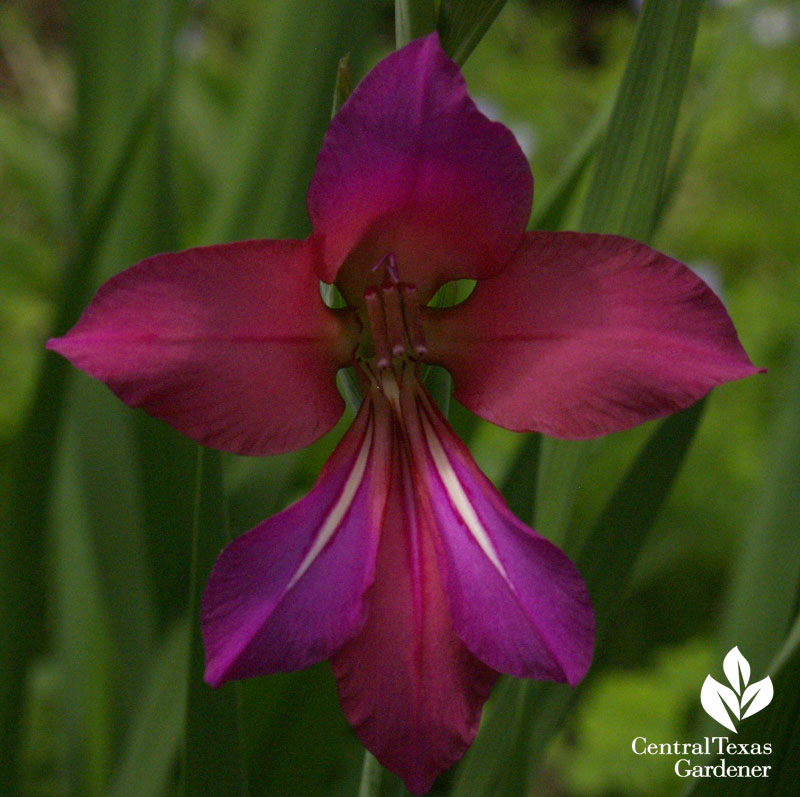 Starting from just three or so pass-alongs corms, it multiplies every year, so it’s actually very happy! 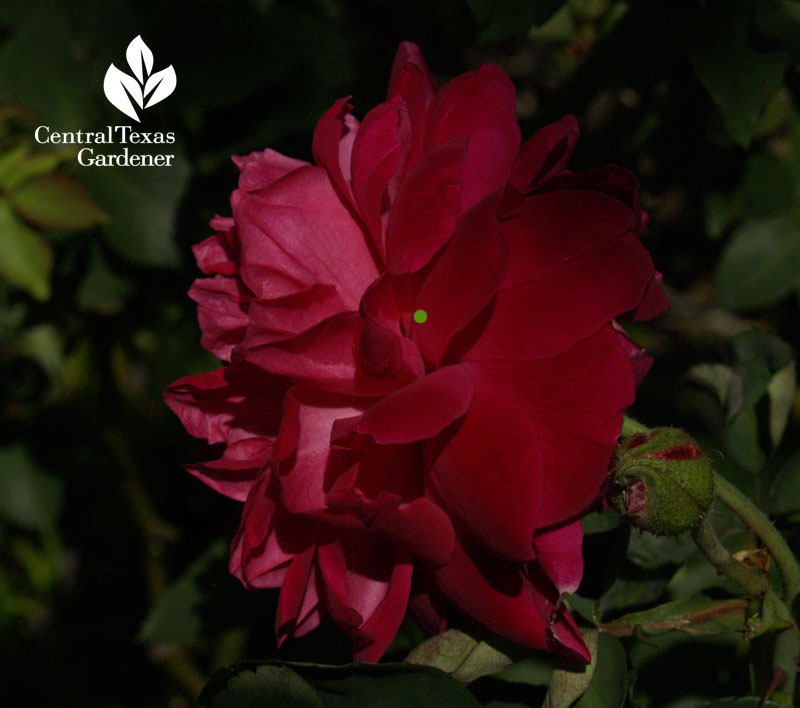 Still, she’s a little out of sorts since she came down with a case of powdery mildew thanks to cool nights and moisture in the air. 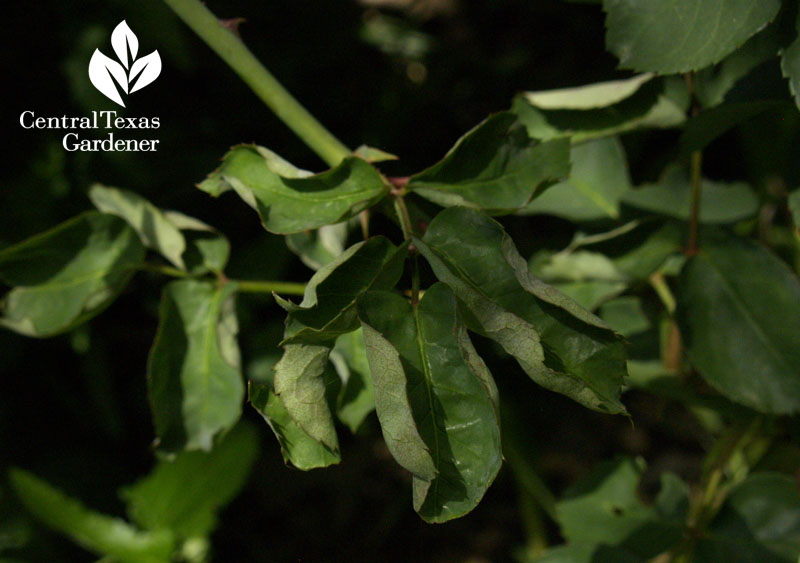 She’ll work it out herself without medication, but if you’re worried about it on your plants, check out neem oil or Serenade. Just don’t apply in the heat of day and don’t use Serenade when the bees are active.

Up the street, an Agave americana is about out of time, though it won’t relinquish its claim to that corner for a century or more, thanks to its pups. And their pups. . . 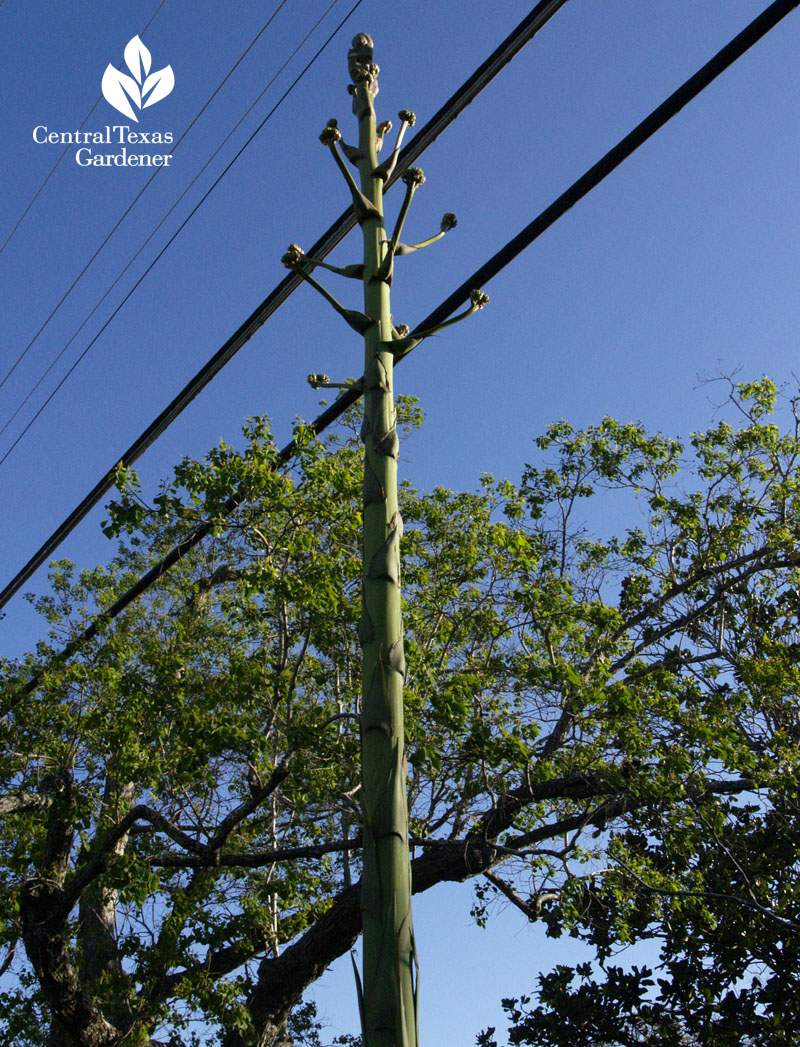 Coincidentally, it sent up its final comment just as a Central Texas Gardener Facebook question came in about century plants. So, this week, Daphne answers: does it actually take a century to bloom? Nope.

Hella Wagner shared some pictures of her plant’s glorious ascension as the mother plant died. Daphne explains the process, and how the bloom stalk itself can even be dangerous. 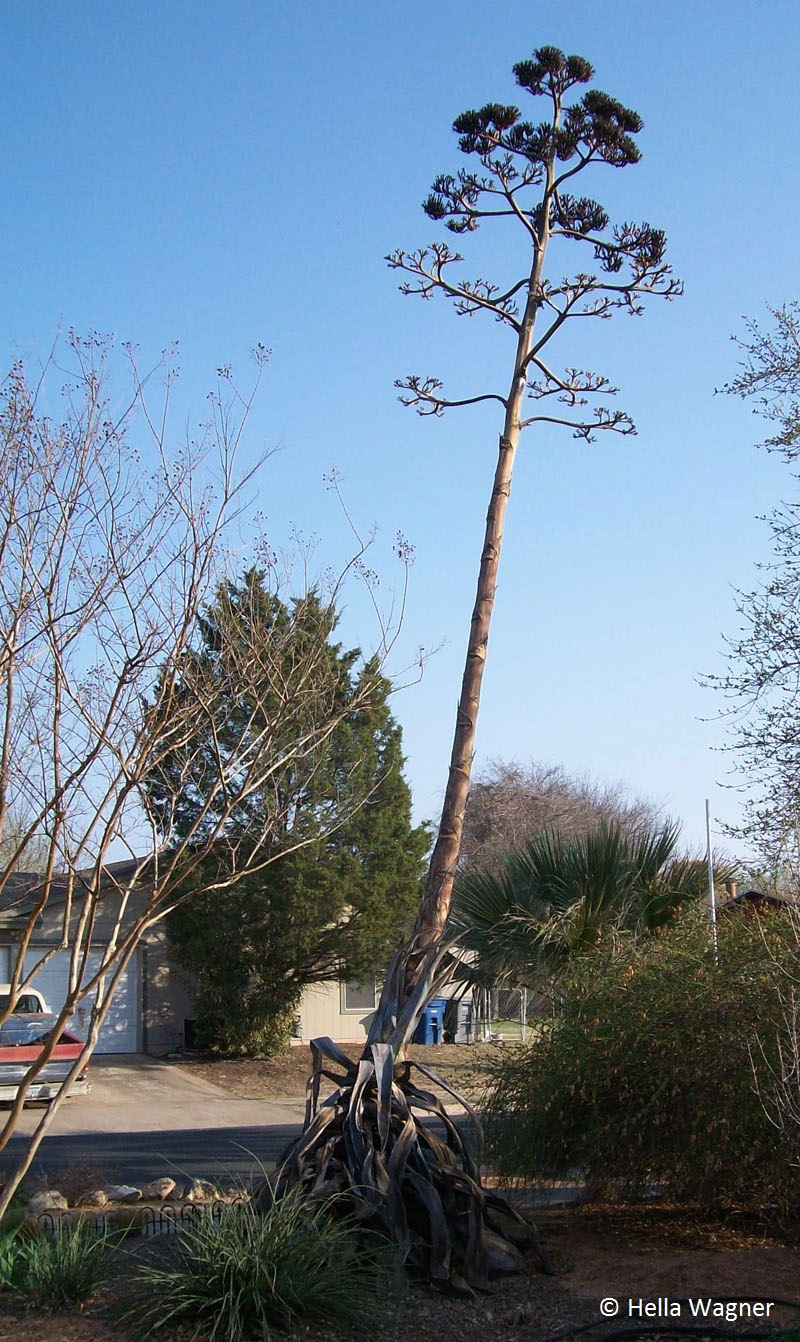 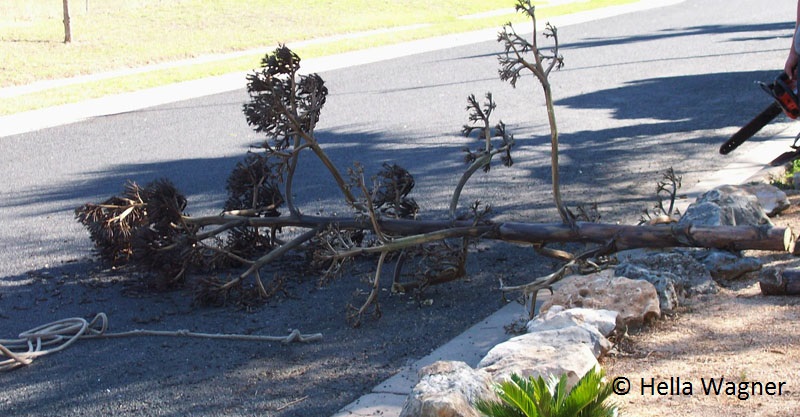 My yuccas up front (Y. pallida and Y. reverchonii,) are reaching for the sky, too, but they won’t end their life with this springtime bloom. 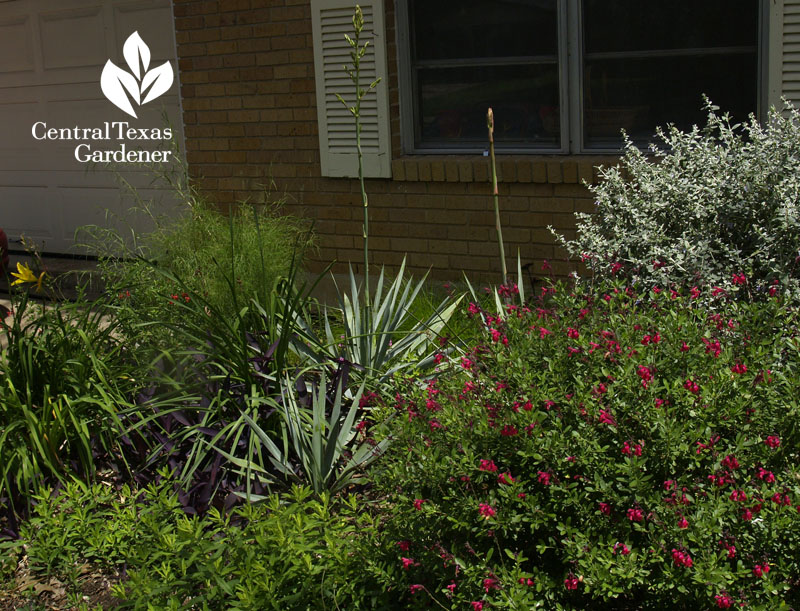 Back to agaves, Daphne makes this deer-resistant, drought-tough genus her Pick of the Week. There are many species and cultivars in various forms, colors, sizes and habitats. 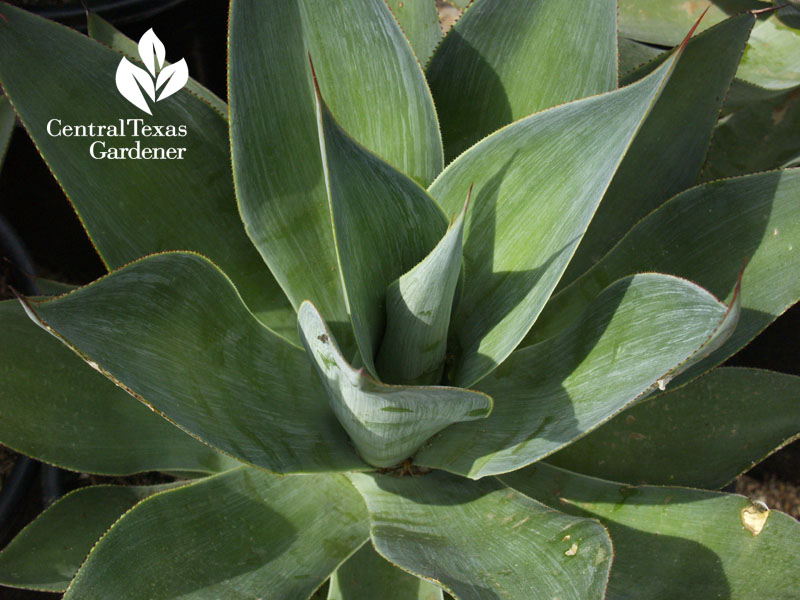 Mostly, they want good drainage, though my A. celsii does fine in my island bed that I’ve gradually amended with compost and mulch. 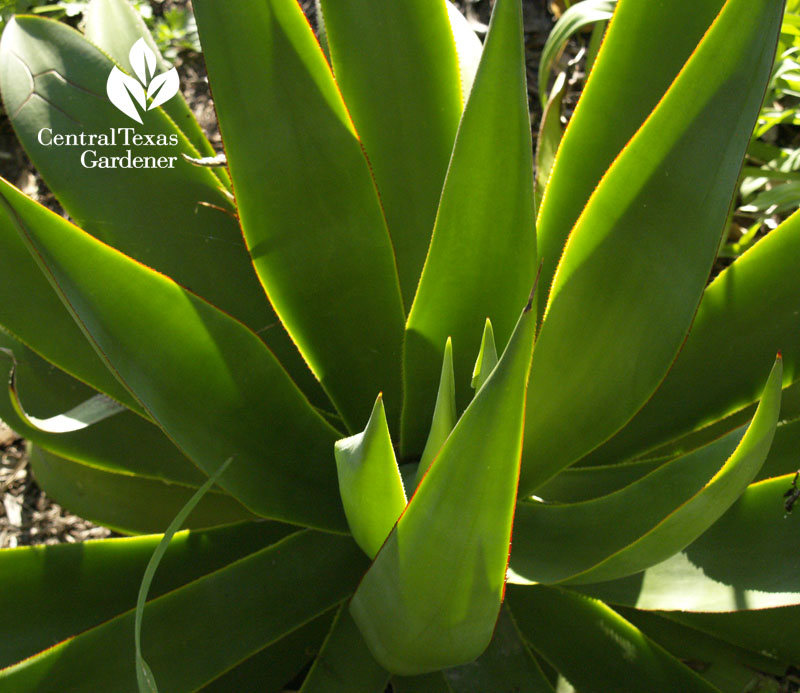 Do look at their cold hardiness. I fell in love with an A. celsii ‘Tricolor’, as it was called then, which is rated for a zone or two just warmer than us. First crazy freeze and they were mush. My regular celsii didn’t fare well in 17 degrees but did return, just slightly modified.

Do take a serious look at their mature size, too. This cute little A. americana will grow up fast, and it won’t take even 10 years! 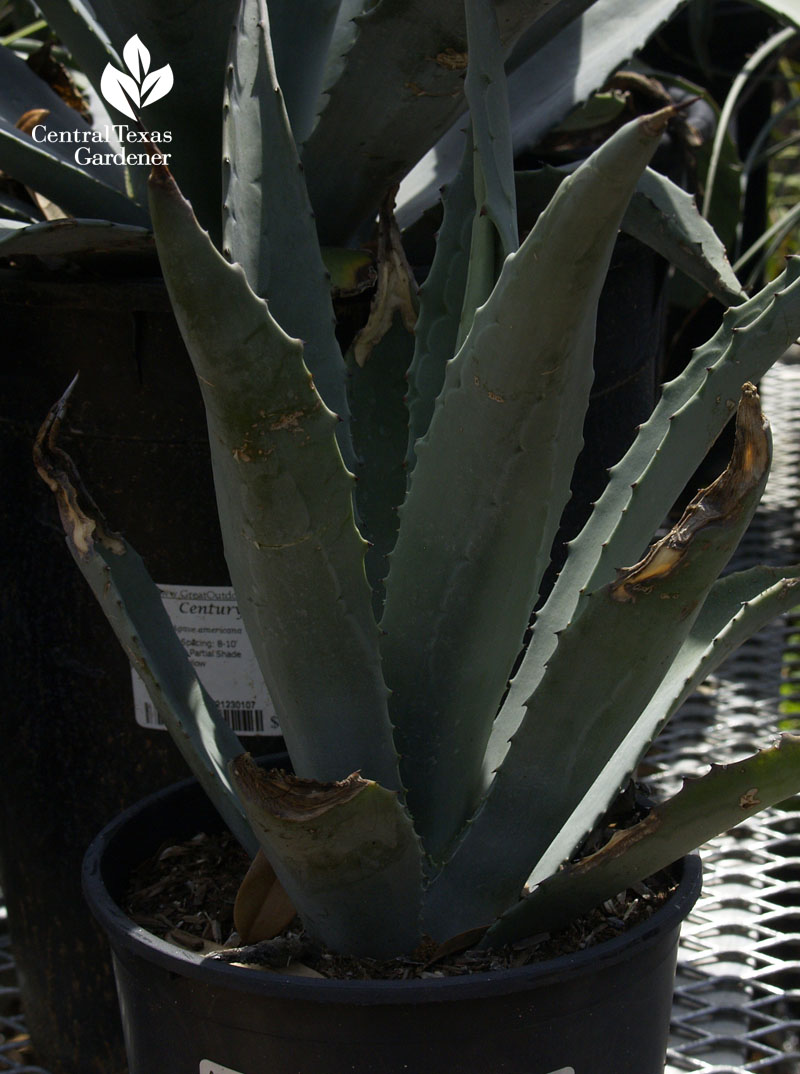 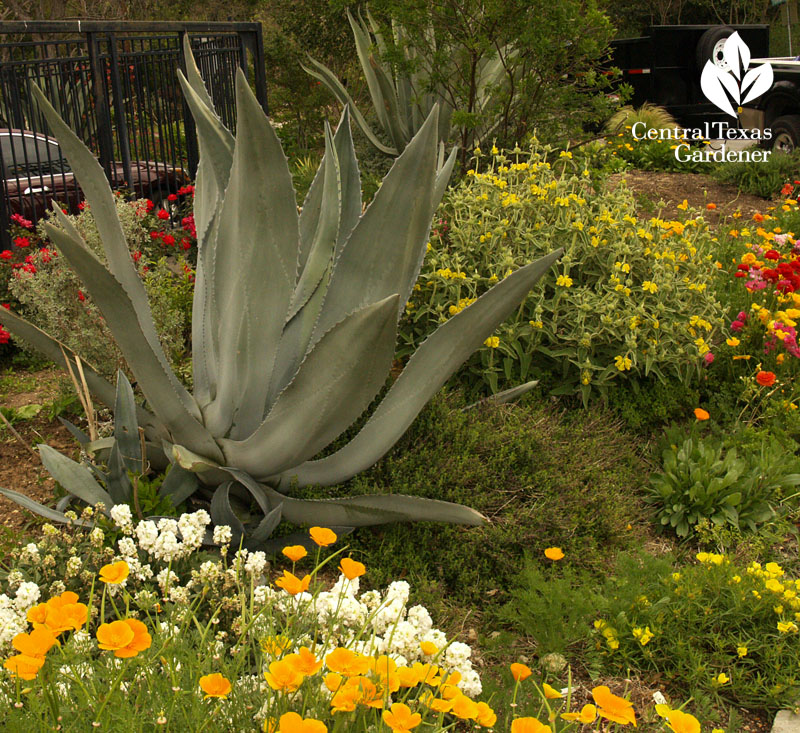 Event note: The Cactus & Succulent Society of America convenes in Austin June 15 -20, with tours, incredible talks and more. For details and to register, visit http://cssa2013.com.

Certainly, it doesn’t take a century to enjoy homegrown citrus! This week, Tom joins Michelle Pfluger from Green ‘n Growing for her list of easy, productive, and fairly cold tolerant ones to grow. Recently, I added a calamondin to a patio container. We love the fragrant flowers and can’t wait for its slightly sour fruits a few months down the road. 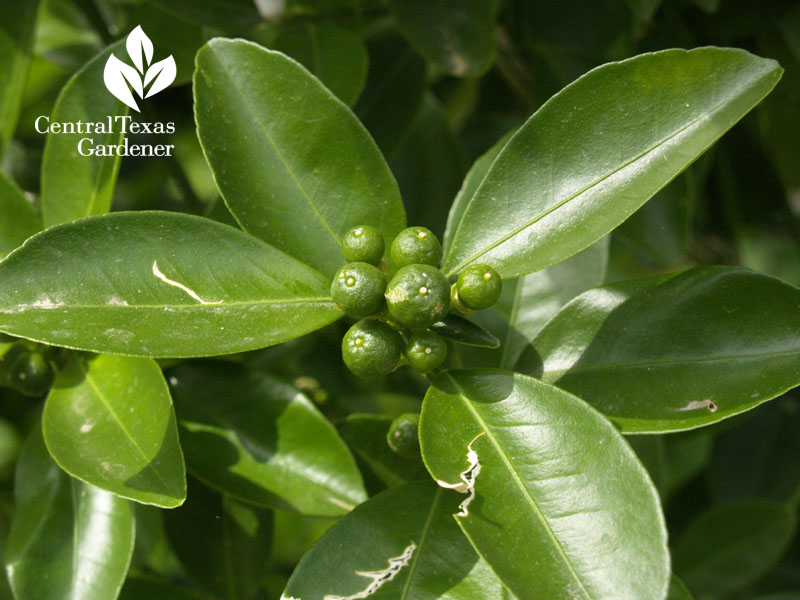 In the ground, my Satsuma ‘Mr. Mac’ is going gangbusters, thanks to the temperate winter and a little high nitrogen fertilizer in March. 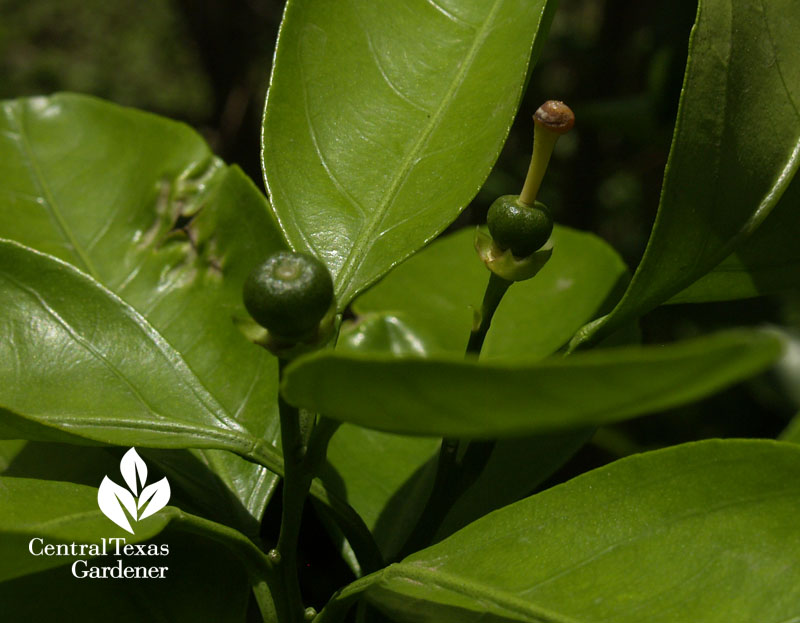 On tour in Liberty Hill, April and Cliff Hendricks harvest Improved Meyer lemons, along with dreams, in close-up gardens bordering their wide open land. With scavenges, imagination, and artistry, they created a paradise without spending a ton of money.

By now, you’ve probably seen or heard about ollas to water plants in conservative times. John Dromgoole gives us the scoop. 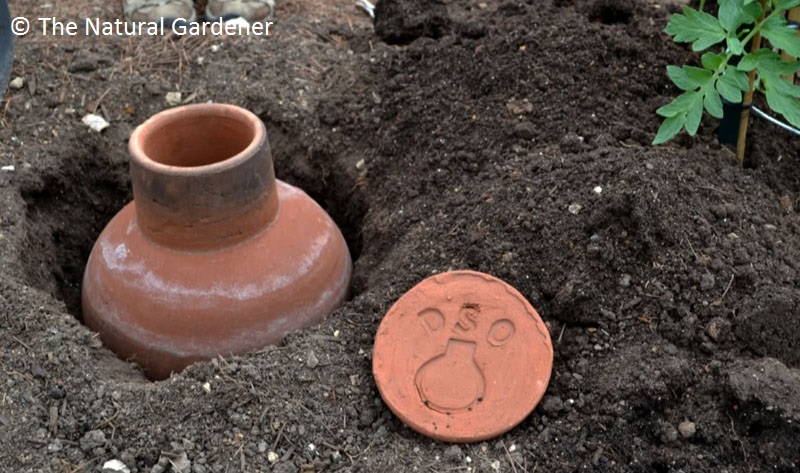