Fact: Since 2009, my Narcissus ‘Erlicheer’ pops the first winter bulb blooms the last week of January. 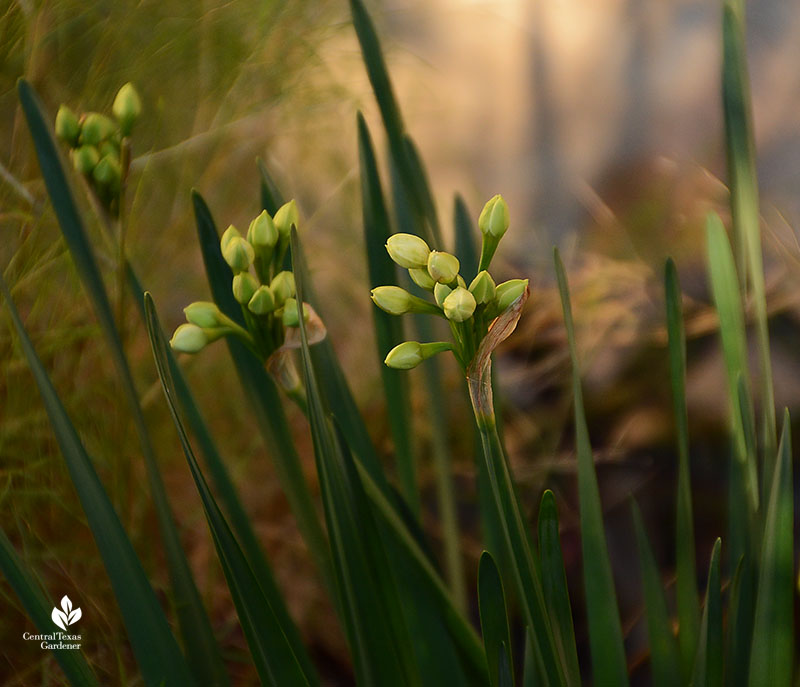 Once they make up their minds, they don’t dilly-dally around, either! 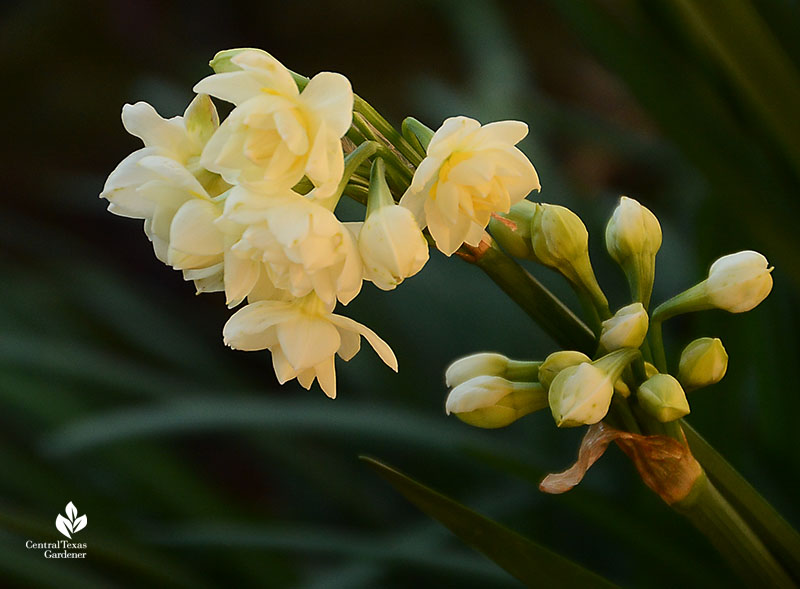 Fiction: Tiny species tulips ‘Tinka’ and Clusiana return every year in Central Texas. Not for me. 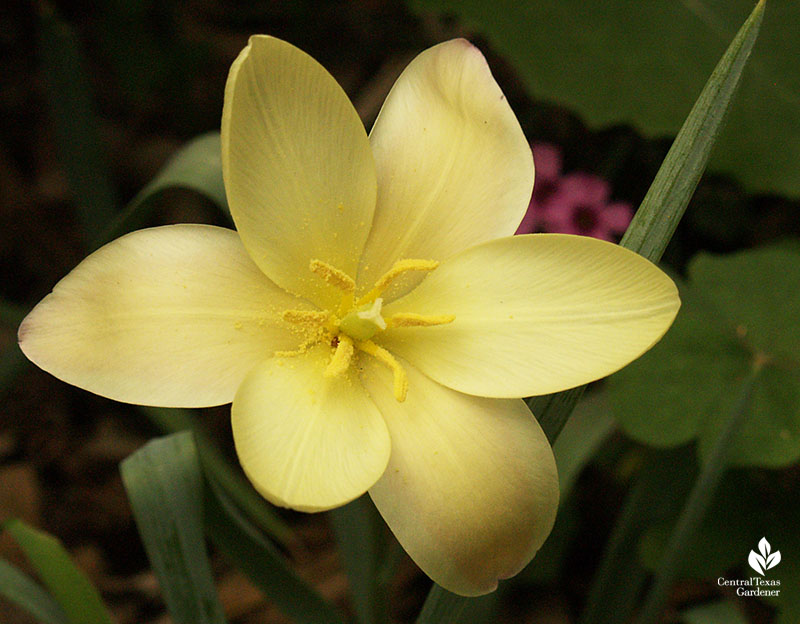 Of course, we know that what works for one gardener is a fail for someone else, even one block away. That’s the fun and frustration of this gardening gig.

We’ve got fun this week as we toss around garden facts and fiction! John Hart Asher and Jeff Ferris investigate garden myths (including viewer contributions) to steer us from digging into the deep hole of misinformation. 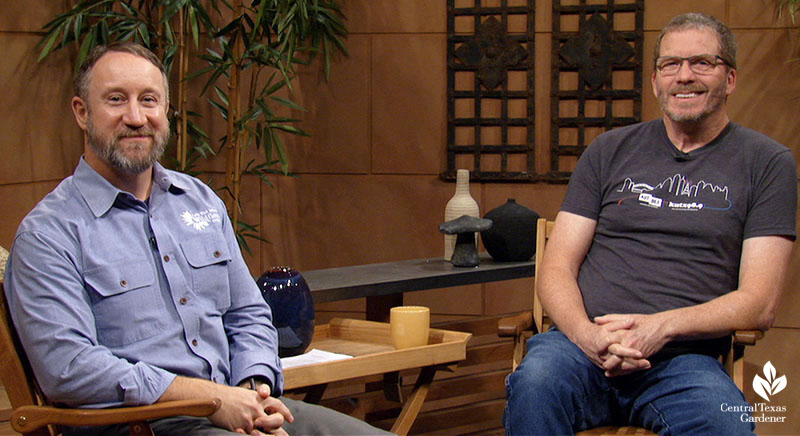 For years, I’ve relied on Jeff’s on-target info on CTG and off-camera in his role at The Natural Gardener. Last year, he became the host of Gardening Naturally on News Radio KLBJ when John Dromgoole handed him the early morning weekend microphone. I cut my garden teeth on John’s show long before CTG. Now, I learn so much from Jeff, too! 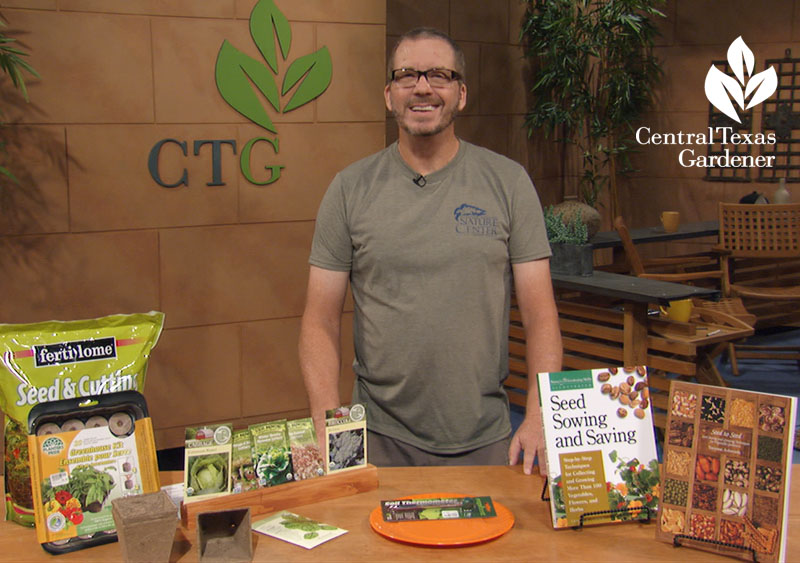 One on their perceptive list: “Perennials last forever.” For many reasons, some perennials only last a few years, though they may return via seeds they cast. 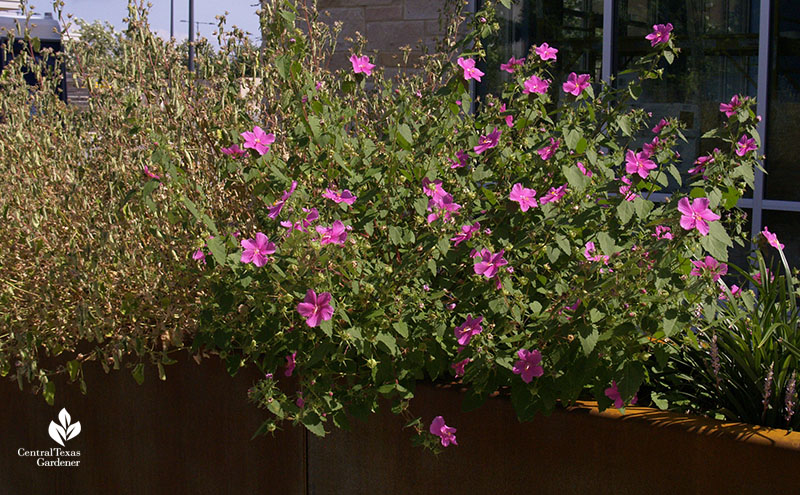 Next: “Native means it works for everybody in the region.” This is where soil, light, and rainfall come in. In my Blackland Prairie soil, this pretty curbside array of blackfoot daisy (Melampodium leucanthum) and silver ponyfoot (Dichondra argentea), doesn’t last long in a rain bomb. In fact, this design a few blocks away is now pretty much gone. 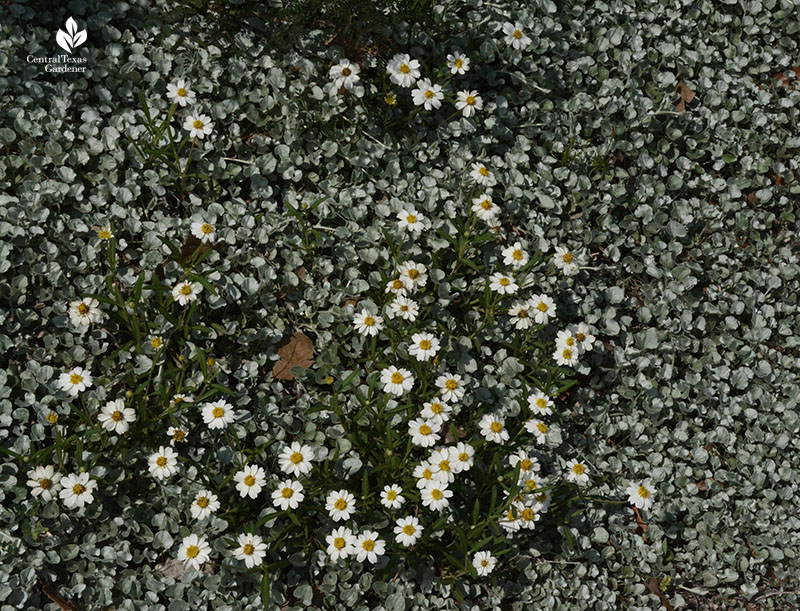 Another: “Organic pesticides are safe.” Nope. Anything that kills a “bad bug” can harm a beneficial. 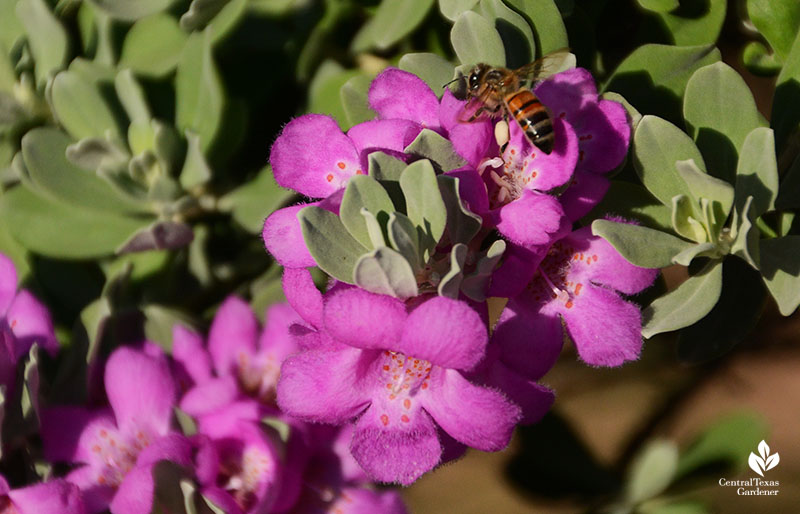 Watch now for lots more. And, since we didn’t get to all the myths out there, we’d love to hear yours!

Daphne jumps in with other common misconceptions about freeze damage, watering in winter, pruning roses, adding potassium, and moving plants. 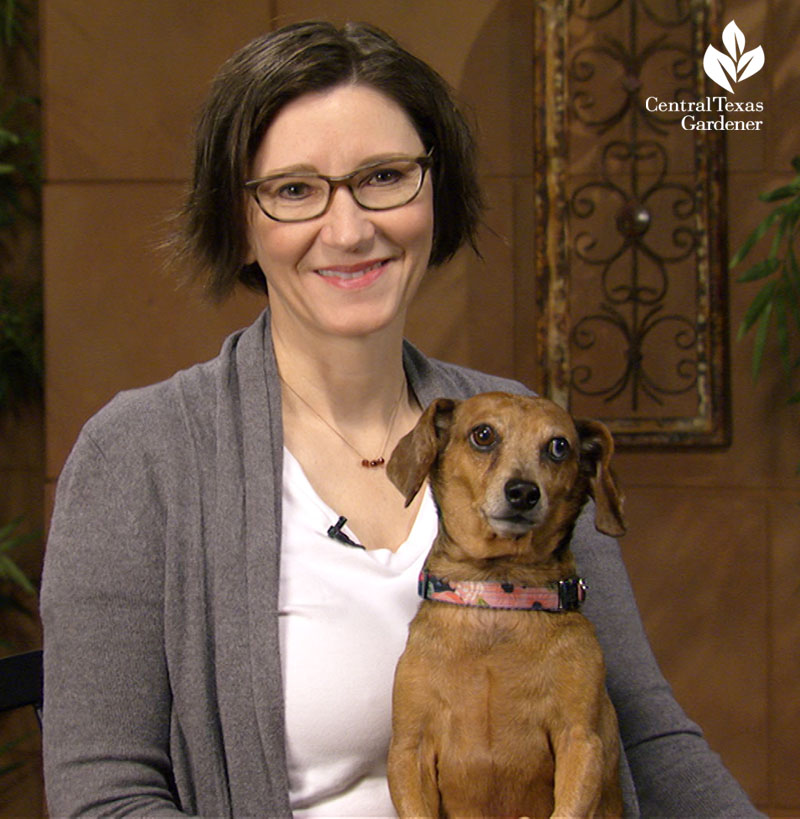 Since sunlight shafts can be deceptive, see how she protected a young Japanese maple from brutal summer sunlight after a shade-casting red oak had succumbed to Hypoxylon canker. 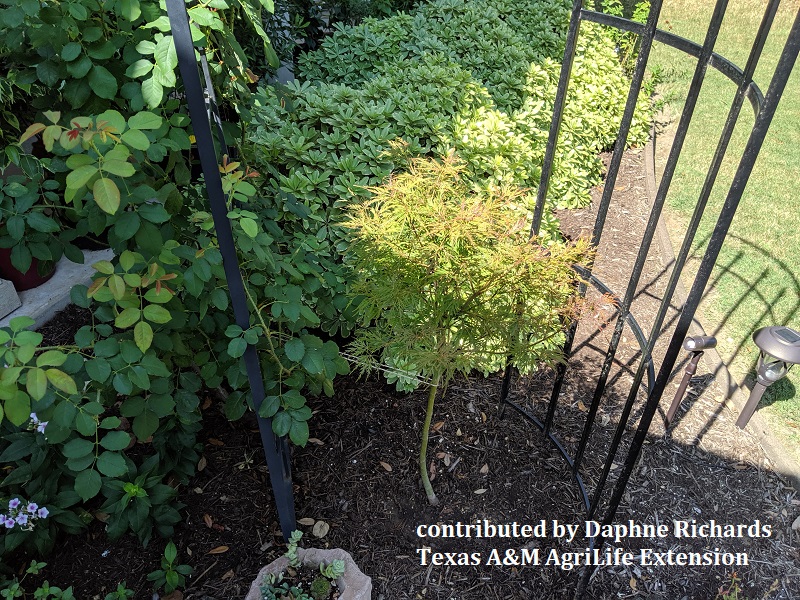 Until her live oak can restore the bright, filtered light the maple wants, she rigged up a simple shade cloth. 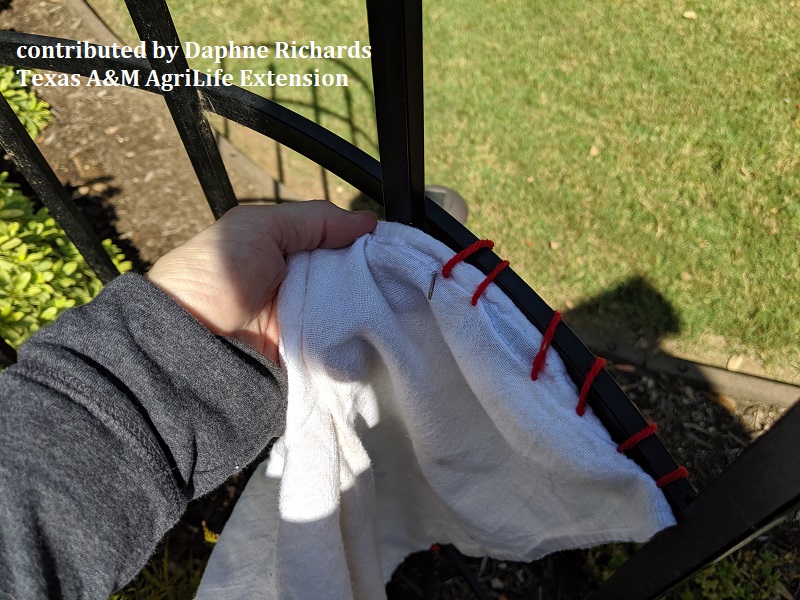 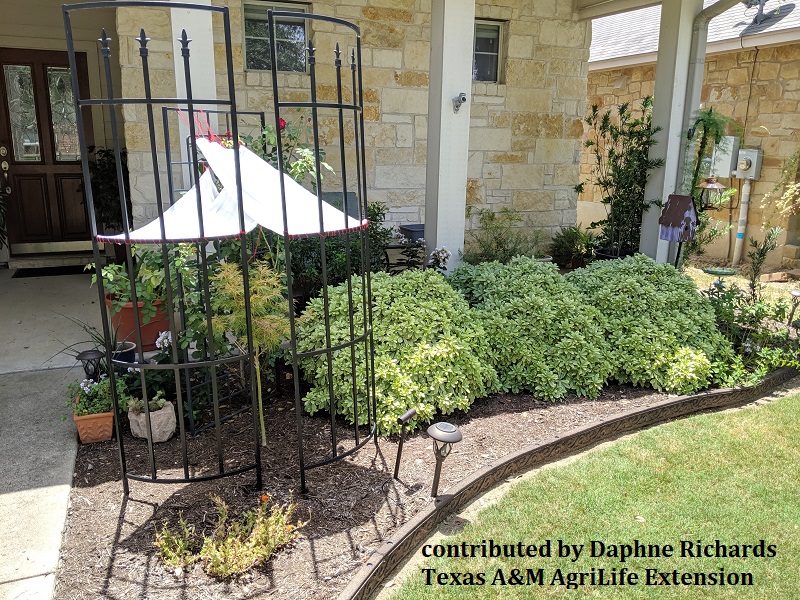 I rig up rugged devices to protect new plants when it gets hot so fast, but this is much more attractive! Watch now for more.

Next, Travis County Master Gardener Sheryl Williams breaks down compost-making into easy-do tips and the best kind to buy if you can’t make your own. 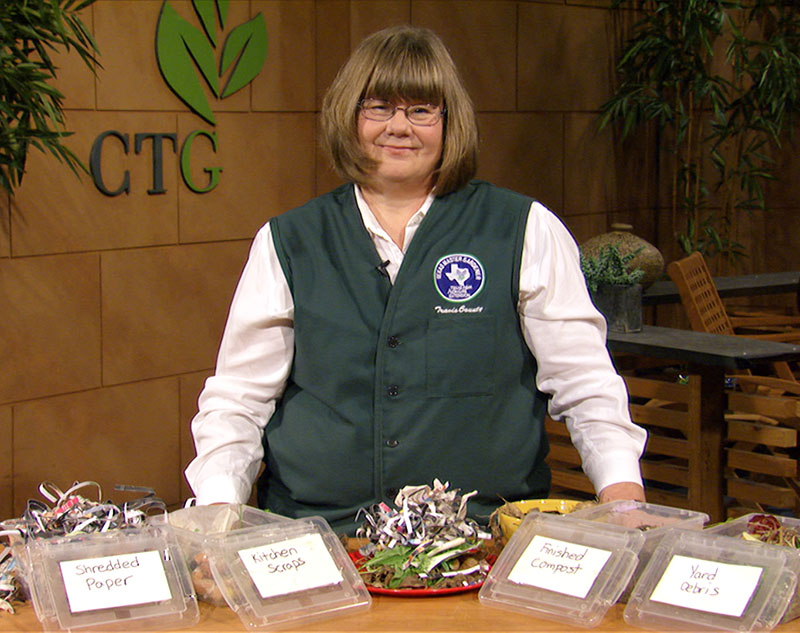 On tour downtown in a law firm, Lucy Newton and Sheryl Hawkins present a case for orchids in the office and how to practice care indoors. 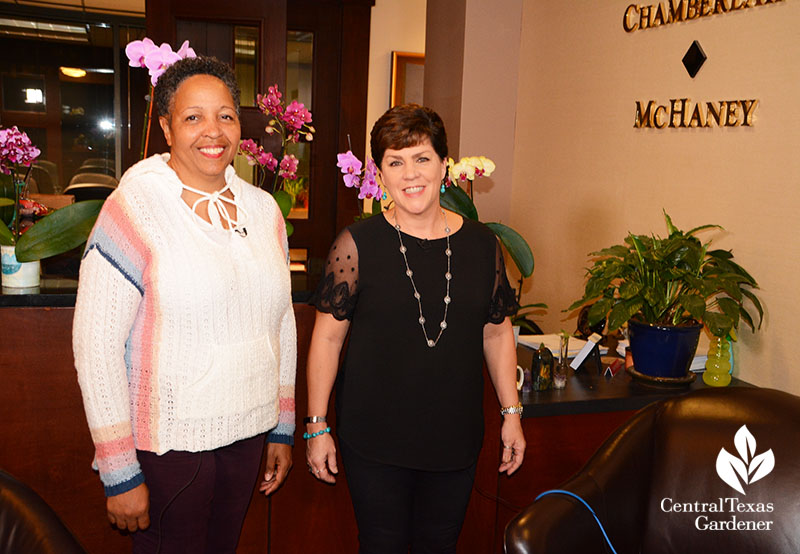 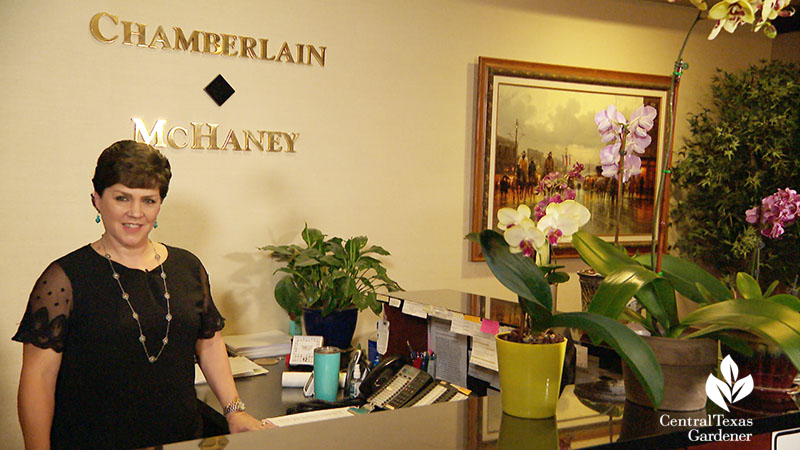 Office “orchid nurse” Lucy’s got desktop tips for light, watering, fertilizing, and pruning to spare orchids from the trash (and she’s rescued many that were discarded after blooming). 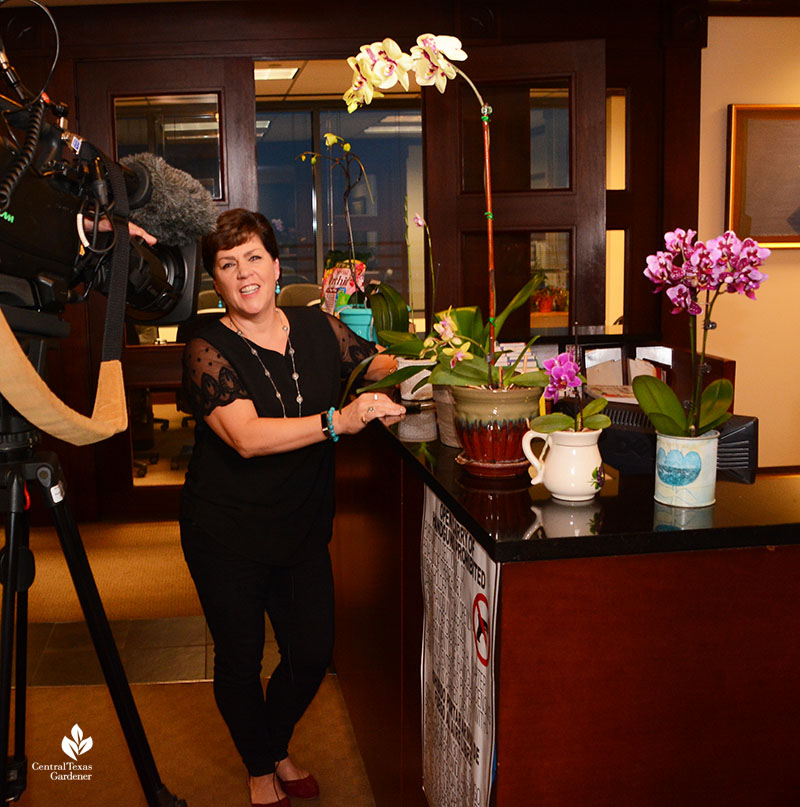 Phalaenopsis orchid is one that accepts lower lighting conditions. 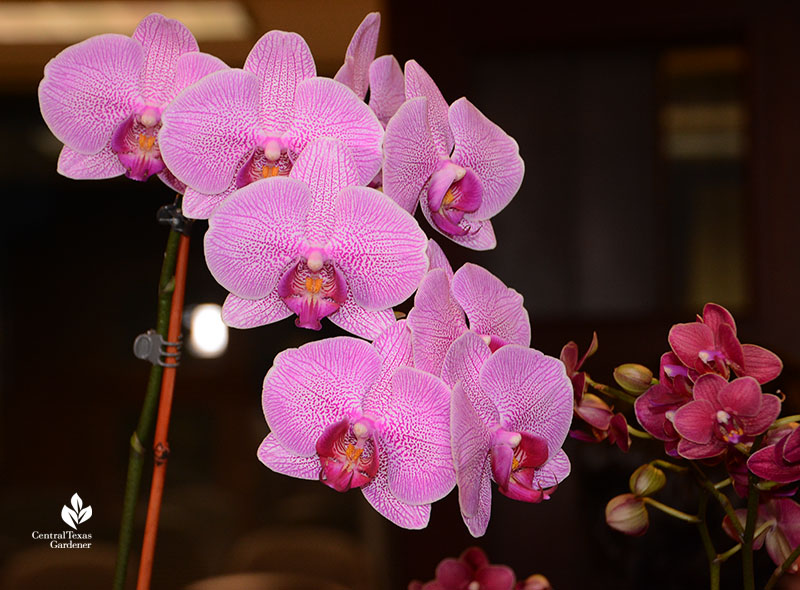 Sheryl confesses: She almost killed an orchid since the container didn’t drain as well as she thought. Thanks to Lucy, it’s just about back to work again. 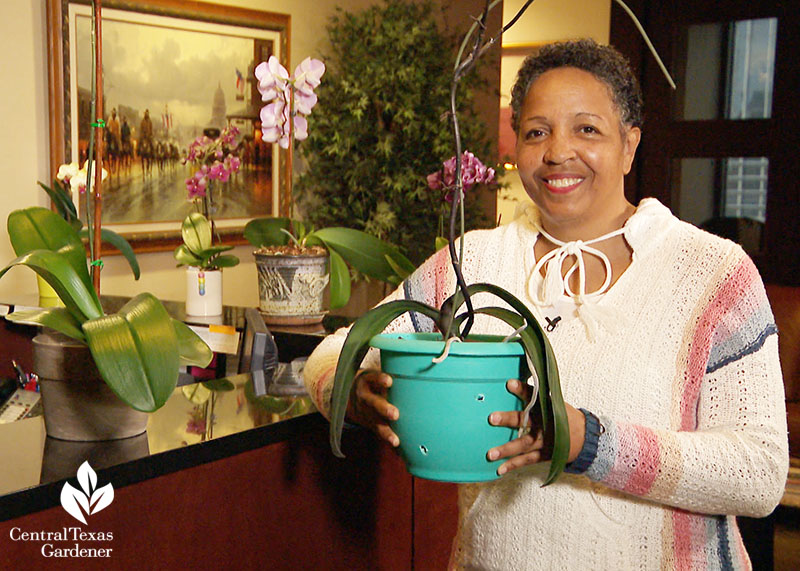 Learn about orchid care and get your own at the Heart of Texas Orchid Society 49th Annual Orchid Show & Sale on Saturday, February 29 and March 1 at Zilker Botanical Garden.