Story of Perseverance: One Gardener’s Century

When we hit a record high of 108°, my grumpy mood melted when I read this true story from Arkansas viewer Roy Wilson. It’s a short, timely tale about his aunt, an indomitable gardener who missed her 102nd birthday in 2019 by just two months. Her family pulled together in the deadly Spanish flu of 1918 –1919. At age 99, she went after wayward plants to banish them once and for all. 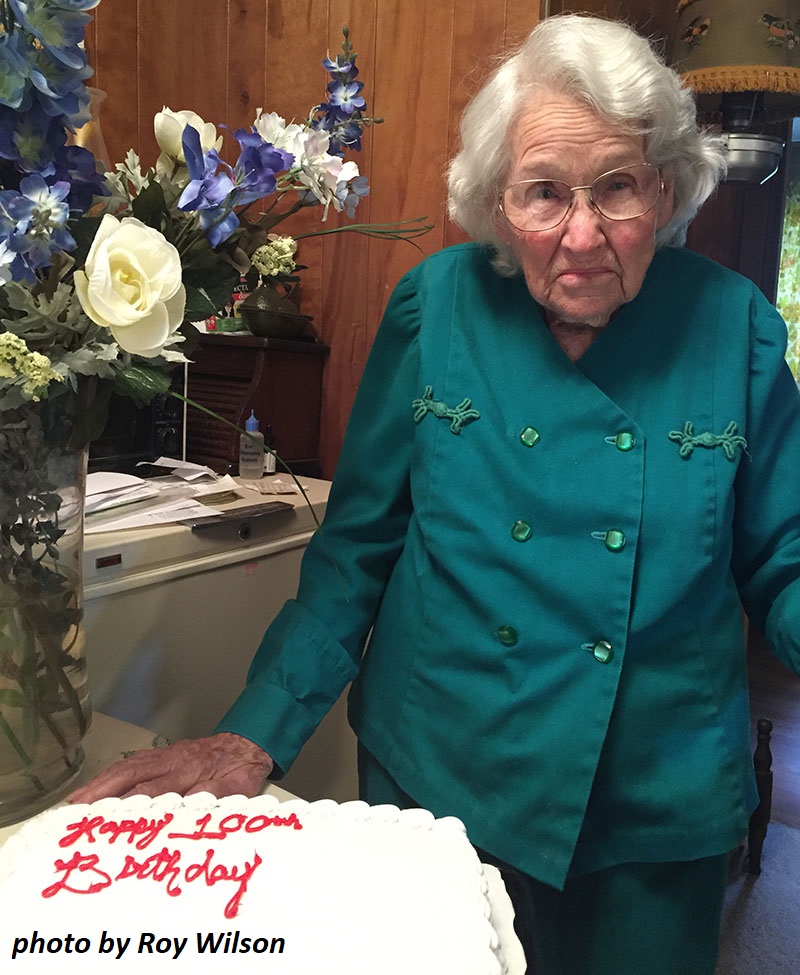 Roy beautifully chronicles his aunt’s trustworthy plants. Her climbing rose, most likely ‘New Dawn’, still rambles along her fence in his recent shot. I’ve got one, too, and it’s a tough, fragrant beauty. 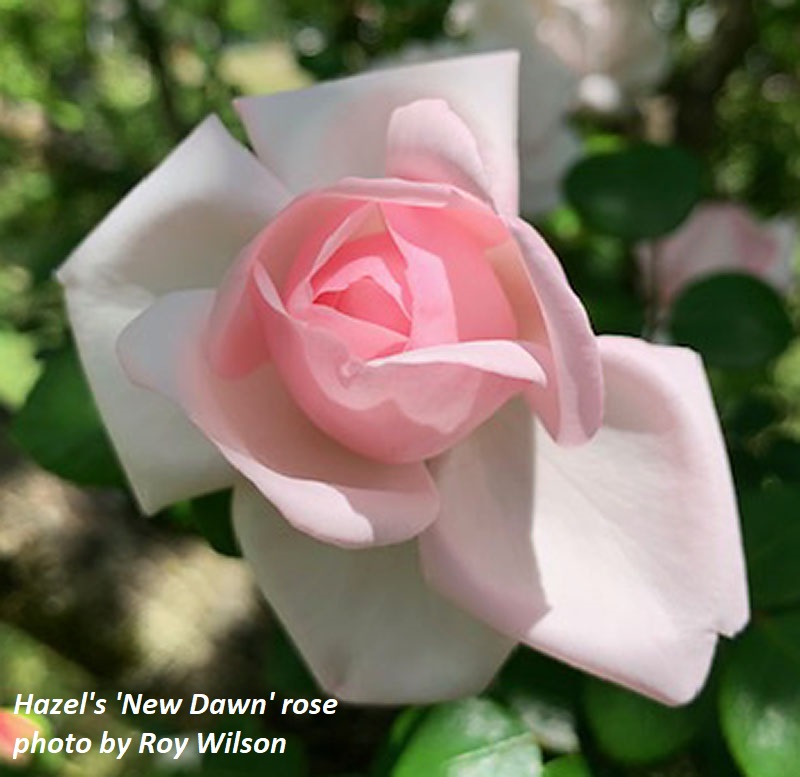 Roy Wilson’s an award-winning history teacher and author who documents the area’s history. A supreme gardener in Sheridan, Arkansas, he also knows how to use a camera. His Southern magnolia prompted dentist Dr. Terry Bushay’s poetic description “pineapple sitting on white pillows.”

Her name was Hazel Allen Wilson, my mother’s sister. She was born August 18, 1917. She survived the 1918 worldwide Spanish flu epidemic, telling me that her father and older brothers left food and firewood on their cousins’ porch since the entire family was unconscious from the flu.

Her husband, my father’s first cousin, served in World War II. They had no children. When he left for the war in 1942, Hazel decided she wanted a wedding ring. Since they were in poverty, she took 32 chickens and a rooster 25 miles to Pine Bluff to sell in order to buy a thin gold band. She wore it for 77 years! 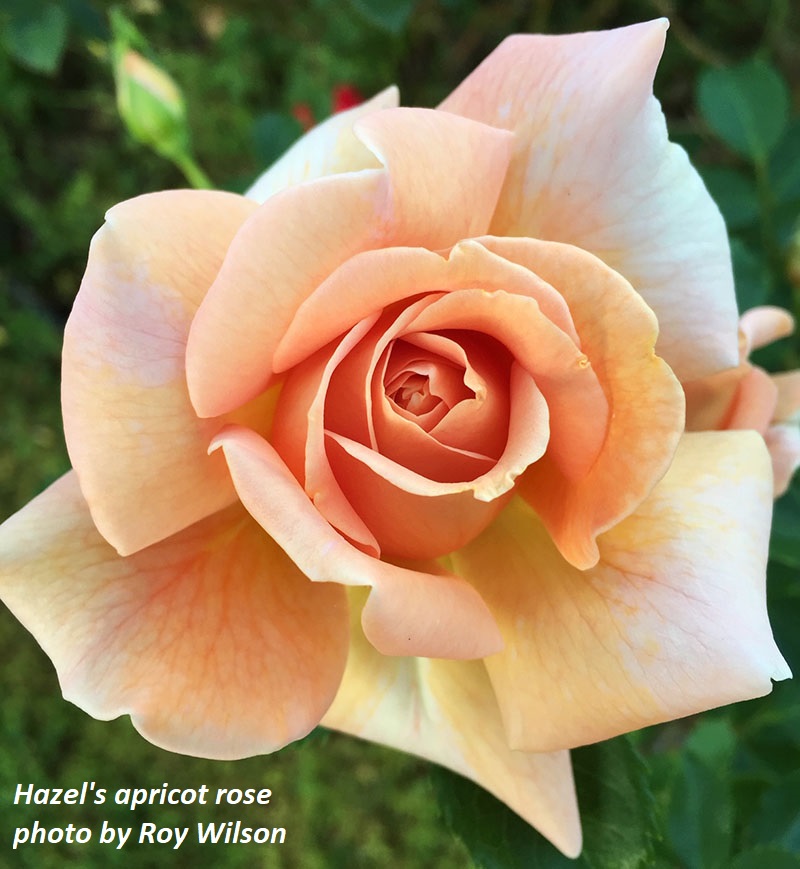 Hazel’s earliest memory at age three was having a job assigned to her. She was always engaged in a project. When old enough, her assigned task was doing the laundry for the family of nine. Each Thursday morning was wash day. Her father would help her draw water from the well to fill the wash tubs and help build the fire for the iron kettle. When finished, she would walk two miles to a two-room school. Her motto was “never sit down.” If you were caught sitting, you had better have a good reason, especially if the “project” was still ongoing. 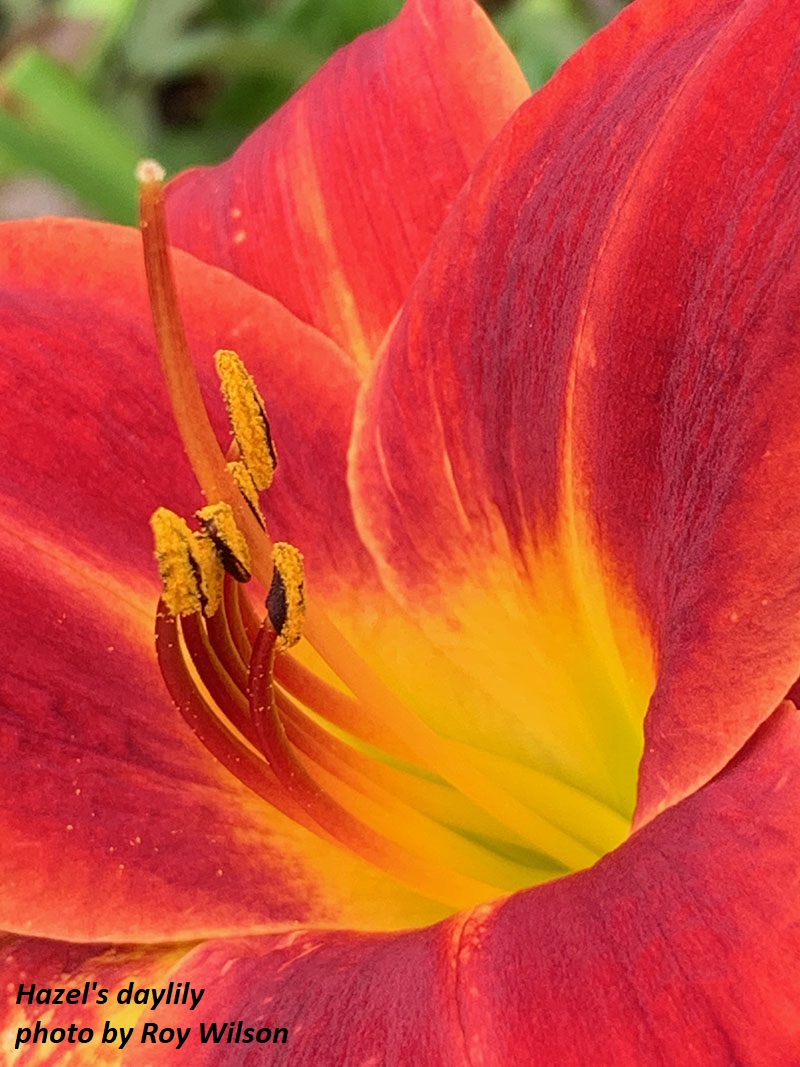 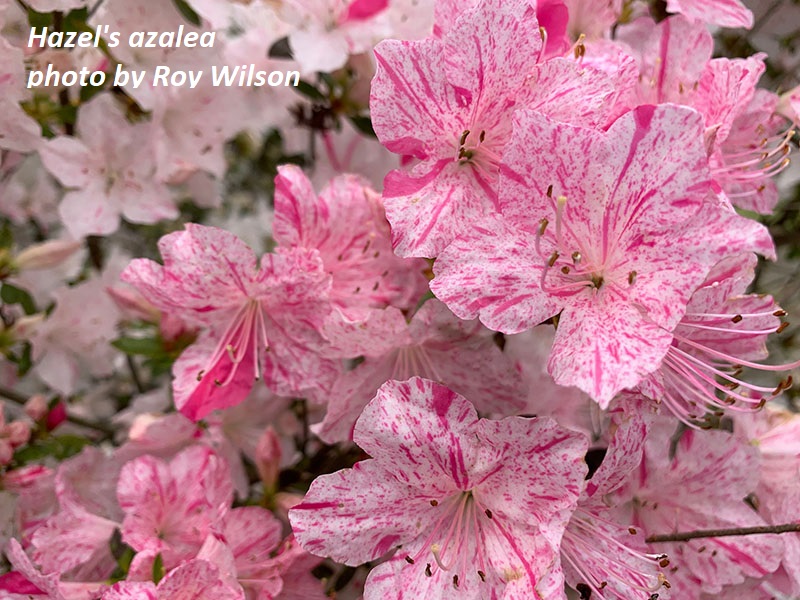 In 2012, she fell on her concrete porch and cracked a hip, survived surgery and the metal rods. She tripped in 2013 stepping out of her 60-foot long flower bed and broke three ribs and a collarbone. After 54 nights of staying at night to help her, she said, “l’m better now, you can go home and take your paper plates with you.”

In 2016, she felt the need to dig up her nemesis, “wild” onions, and tripped over the edge of her driveway and cracked the other hip, again surviving surgery. This time I started spending each night and weekends with her for support, and kept it up for two years and two months, a 25-mile drive each way from my home. I even hired a succession of ladies to sit with her, but after three days, she would send them packing.

I played a video at her funeral of her mowing the lawn on her John Deere mower at age 98, while waving to the camera! 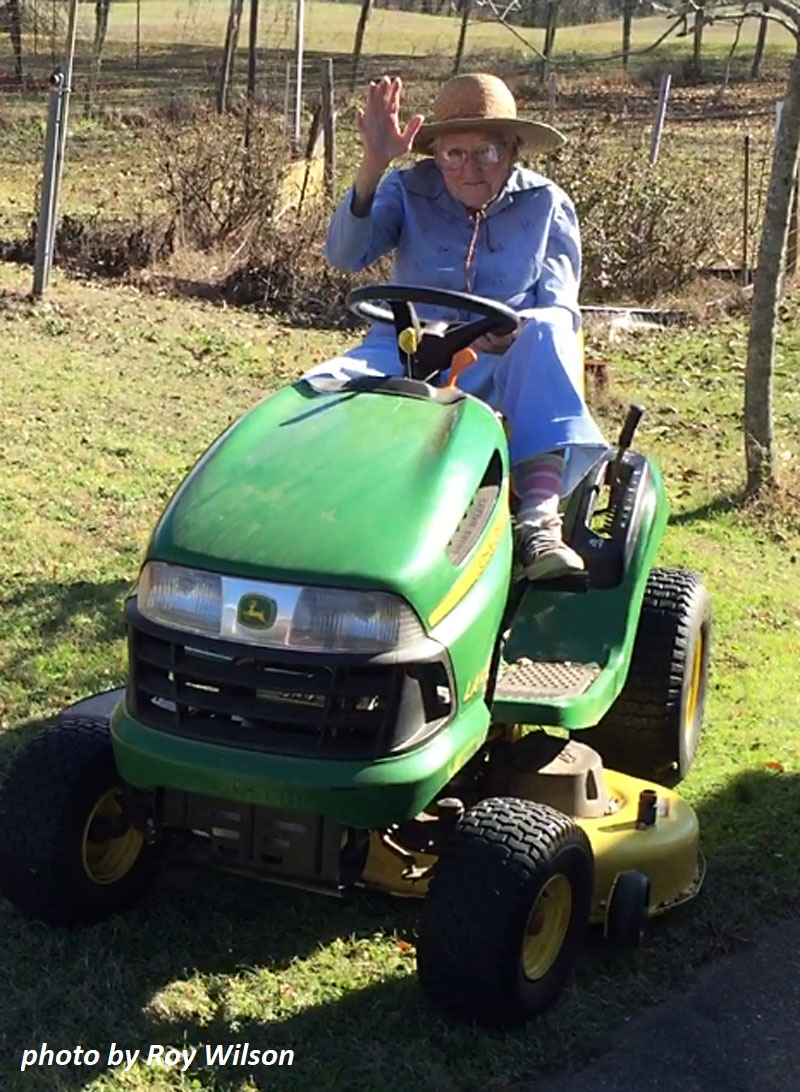 A seamstress of note, humble, frugal, neighborly and a master gardener by nature, my aunt loved life, as she never quit working. Each winter she would say “If the good Lord lets me live to the spring, I will make a garden, for I love to dig in the dirt and make something from nothing.” 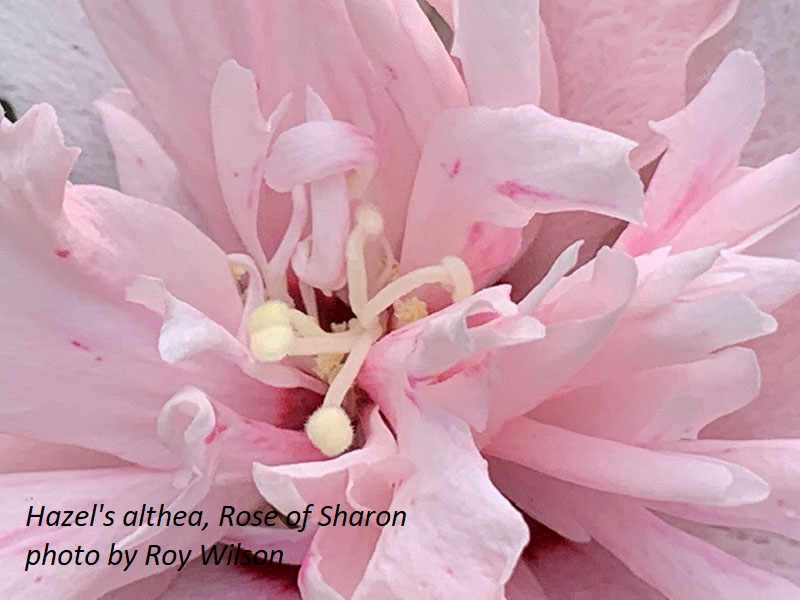 Dearly, I thank Roy for inspiring us when all really need an Aunt Hazel. She’s my new mentor.

Hugs to you all, Linda