Now that we’re past freezing weather, I’m closing in on spring cleanup (whew!). Since there’s lots more to do, I’ve mapped out every Sunday’s tasks by priority. As I tidy up sections, I dip into the compost pile, hauling trugs of chocolaty, earthy-scented nutrition to the hard-working soil. I sift it through my fingers, fascinated always at the magic created by one-time vegetable scraps, eggs shells, coffee grounds, and garden prunings. So, what are these ashy-looking mats and threads as I dig down? 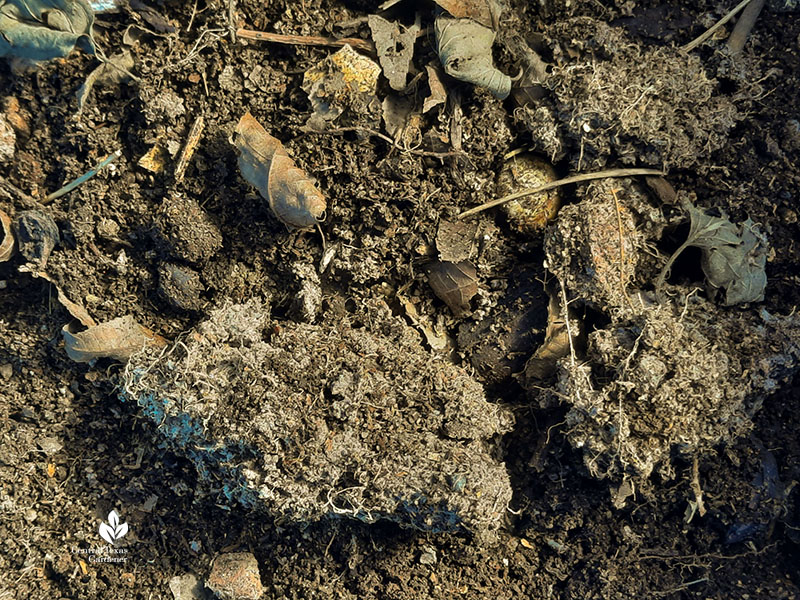 From Cornell Composting, Science & Engineering, here’s what I learned: “The characteristic earthy smell of soil is caused by actinomycetes, organisms that resemble fungi but actually are filamentous bacteria. Like other bacteria, they lack nuclei, but they grow multicellular filaments like fungi. In composting they play an important role in degrading complex organics such as cellulose, lignin, chitin, and proteins. Their enzymes enable them to chemically break down tough debris such as woody stems, bark, or newspaper. . .These filaments are most commonly seen toward the end of the composting process.”

Again this year, my Mexican plum didn’t shower itself in flowers. Uppermost branches remain pretty sparse, while the lower ones lack their usual gusto. Still, when the sun came out, so did the bees. As more habitat gets bulldozed in my neighborhood, I’m so glad to have plants that help fill empty plates. 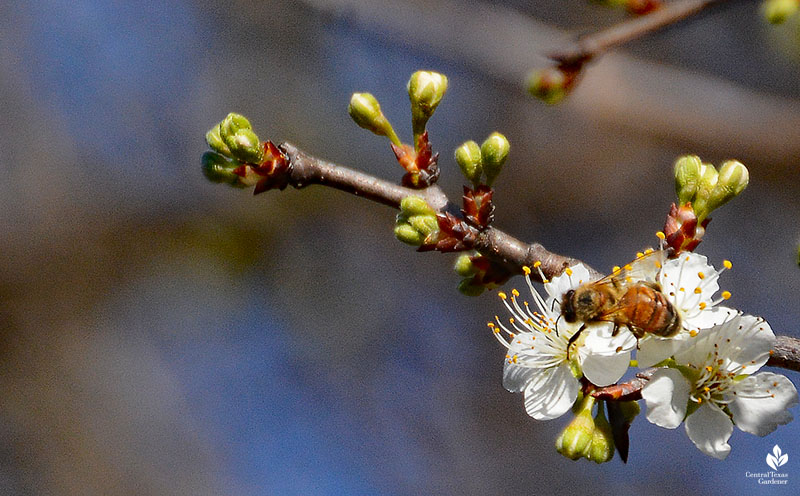 The narcissus (daffodils) are all poised to pop. Sunny-yellow ‘Marieke’, a reliable comeback bulb, cheers on the day from my working from home window. 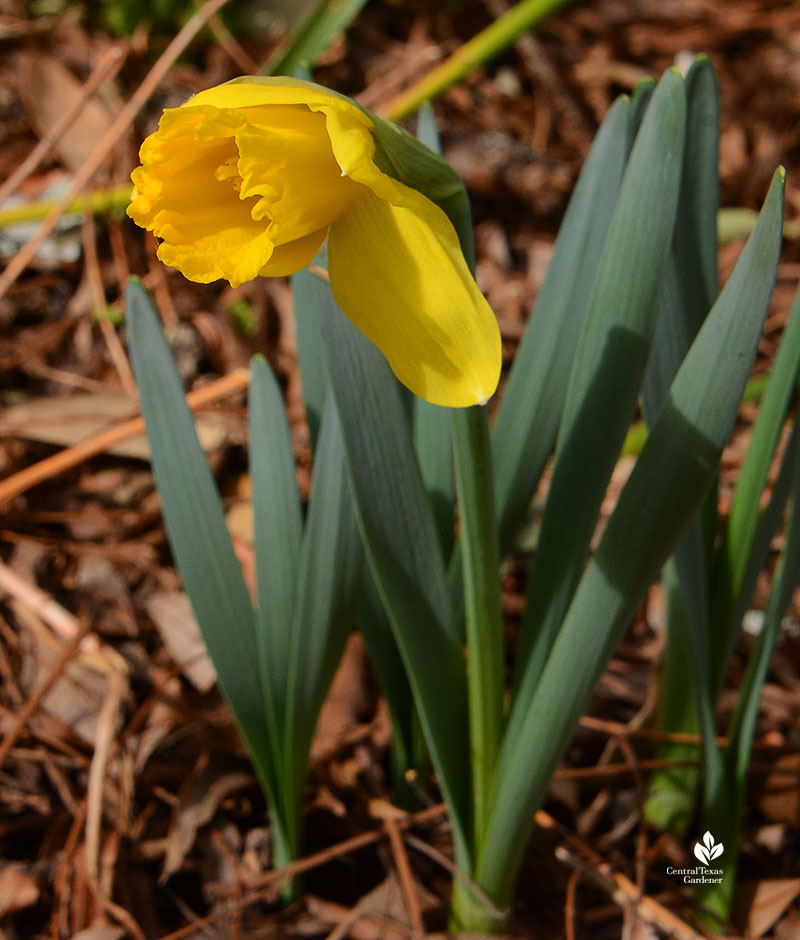 In this stretch where all four seasons intersect in mere hours, my grocery store chrysanthemum chimes in with yellow blossoms. I picked up a pot after Thanksgiving when it got pushed to the “outta here” section. I plonked it into a spare container on the patio and threw a sheet over it (and other plants) when we slid below freezing. When I whisked off the sheet, voila! 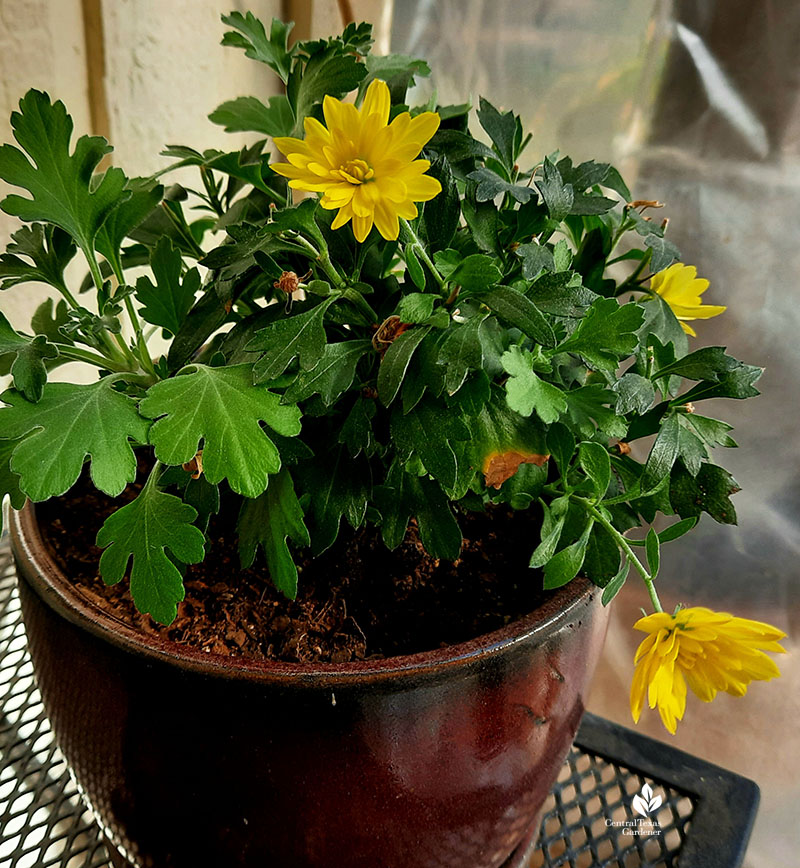 That’s what I love about this time of year, when every day awards us garden prizes as plants shoot up new growth, eager to jump into a new season, whatever it may be in Texas.