First, I jumped ahead a week. I guess I’m wishing this month would hurry and end. Actually, It is NEXT week, September 6, when CTG’s fall season begins with outstanding guests and gardens that are a joy to share with you. In the meantime, if this shows up in your yard, move! 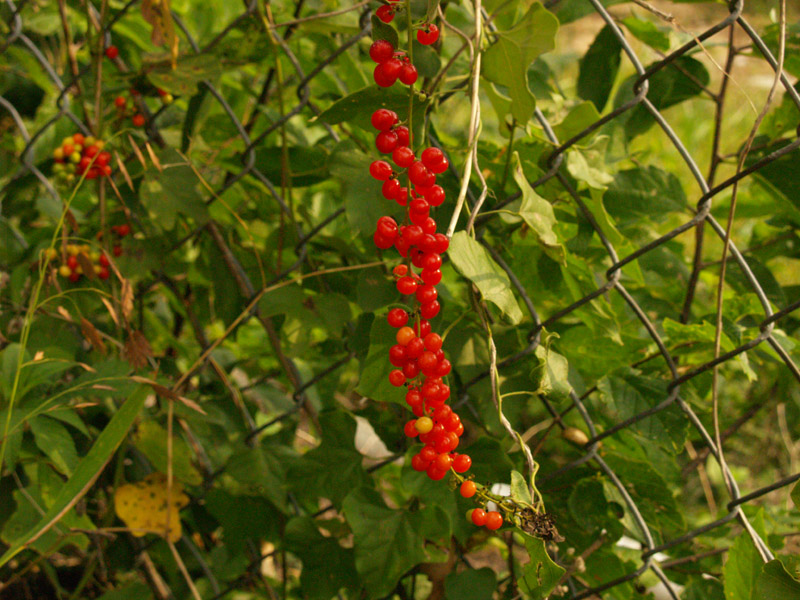 The first year I saw it on the fence behind the shed, as well as winding the power lines, I said, “Oh, rapture!” The birds had sent me free erosion control for the steep creek bank. But then it moved into the garden. Now I say something else, not suitable for publication.

From Delena Tull’s book, A Practical Guide to Edible & Useful Plants, I learned that it is snailseed (Cocculus carolinus.) It’s undaunted by the forces of nature, which include the gardener. Left alone for five minutes, it spits forth a root system that runs deep and wide. I attack it when rain softens the earth, but it’s a mighty, on-going battle. It’s also toxic, so don’t let kids be fooled by the pretty berries.

But a happy arrival is the butterflies. Last weekend, they were everywhere! Here’s what I think is a Large Orange Sulphur on the flame acanthus in the back fence bed. It looks yellow here, but in person it was more of an orange tint. In any case, it is a Sulphur. 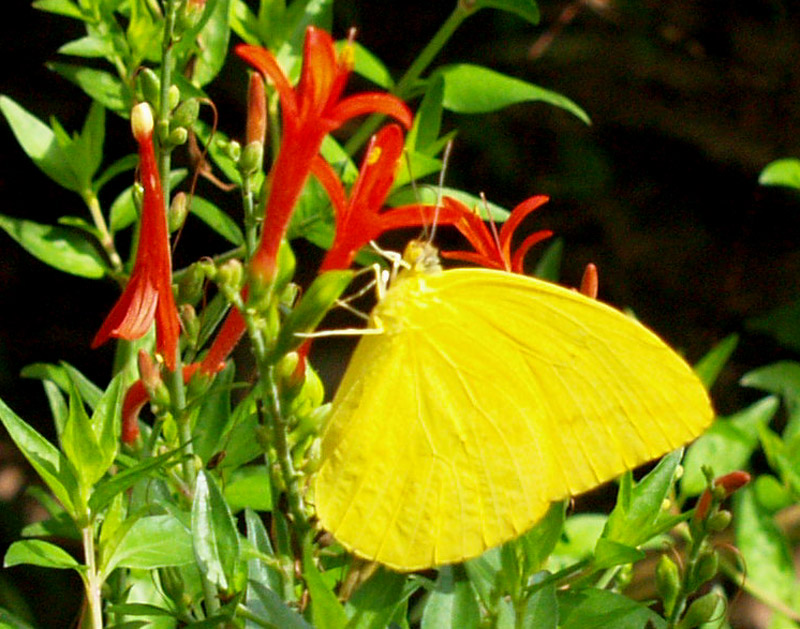 This is a Queen on an emerging eupatorium flower in the den bed (but I have this everywhere). Beyond are semi-fried daylilies, which will be back to normal in a few weeks. 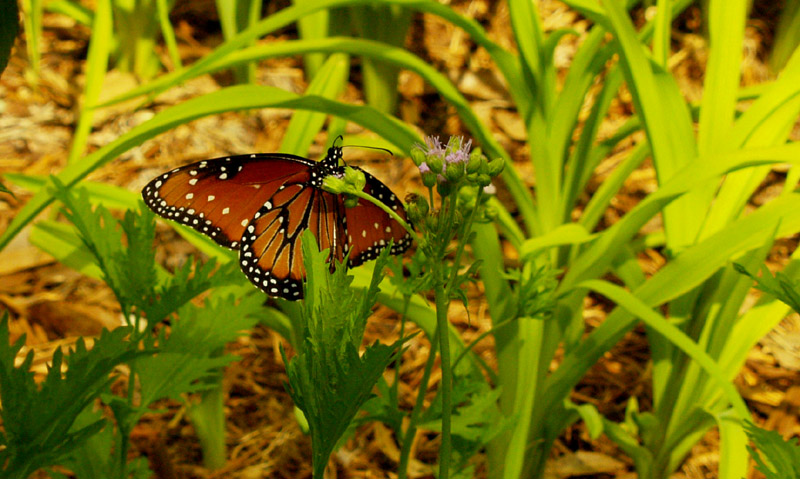 I took this one too early for the wildlife to be out in full force, but a few hours later, it was humming with activity, including the hummingbirds. 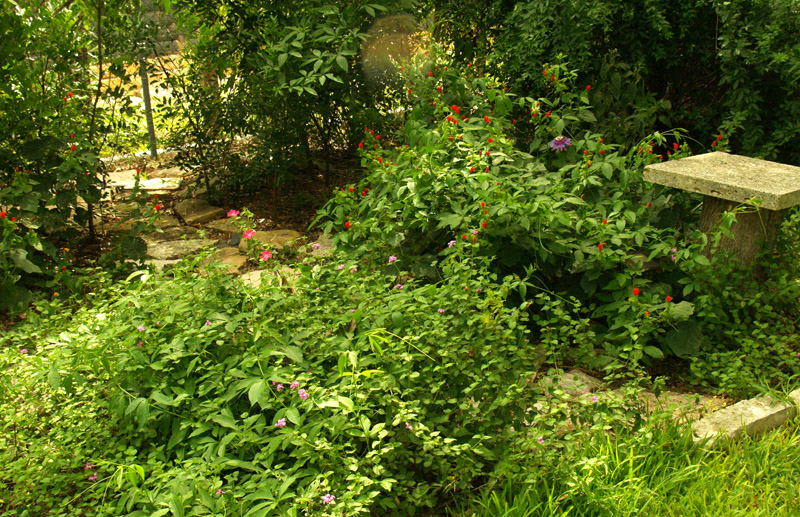 Beyond, the mountain laurels we started from seed will soon be too large for us to view the creek from our little promontory. In the coming year(s), I hope to make the primrose corner to the right a new patio/viewing area.

It was too cloudy for butterflies to be out for this picture, but they love my potted zinnias. They look rather straggly but are attempting to keep our attention. 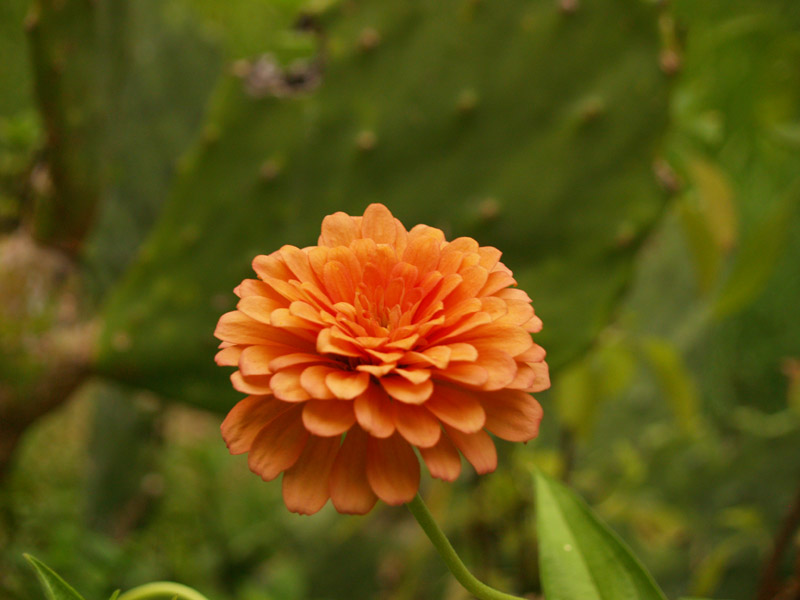 This althea is going strong on the air conditioner fence in former photinia-ville, a privacy block to the backyard. 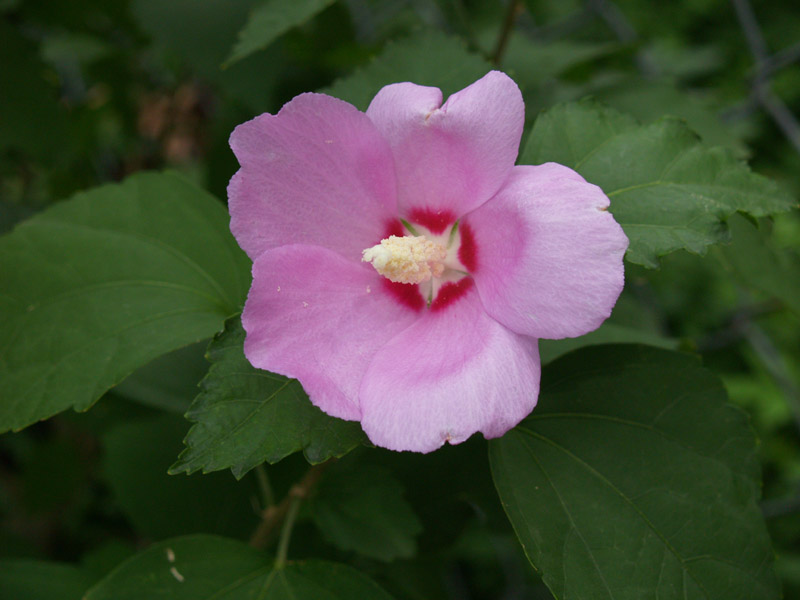 Last winter we cut it to the ground, since it was half dead under all the adjoining primrose jasmine. I don’t recommend this at all, but in our case, its severe haircut and reclaimed sun (no more photinia, and the primrose cut back) was just what it wanted.

Also in photinia-ville, the young thryallis sent out its first flowers. By next year, it will be large enough to shade the air conditioner, yet keeping the side windows clear. In spring, I plan to move one of the lanky esperanzas behind it, for further AC shade and to shield the gas meter. 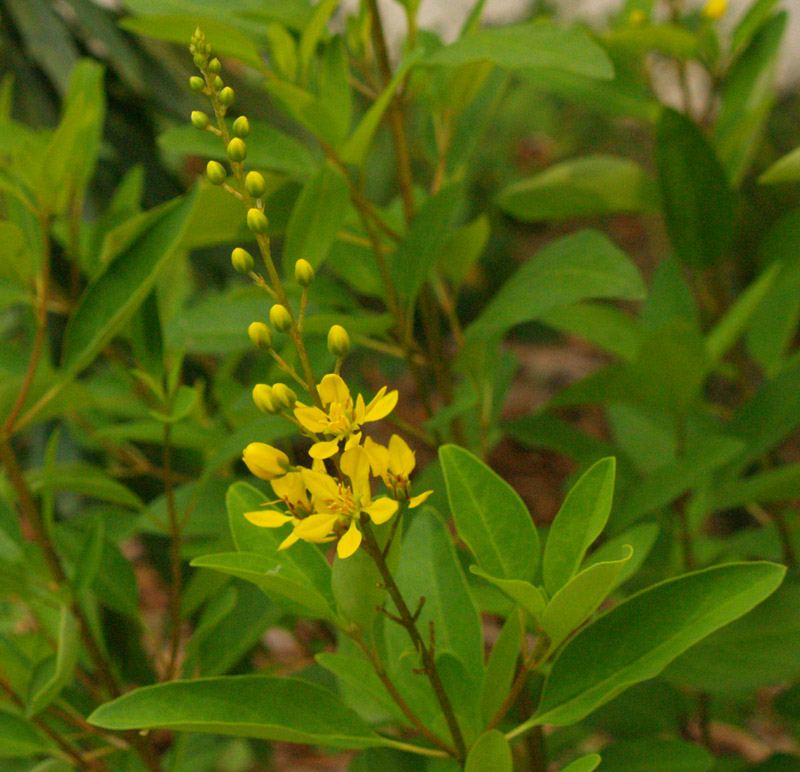 Nearby, the Mrs. Oakley Fisher I moved is in heaven. 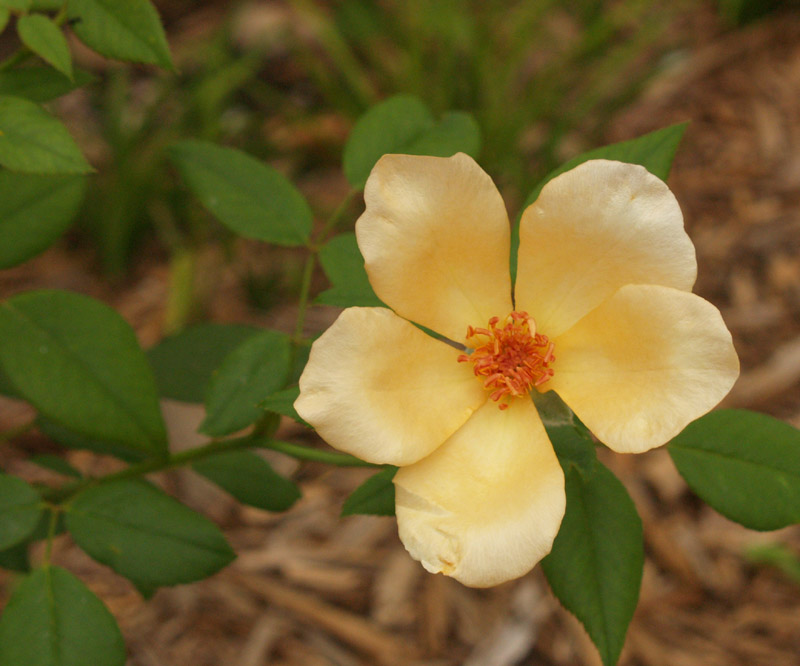 Since it recovered from being dug up from the too-shady front bed, it’s hardly been out of bloom. Not a trace of blackspot, either. Another reminder that if we give a plant the spot it wants, we’ll all be happy. Like dog and bunny training, it’s the human who needs the training.

This worked so well that in November or December, I’ll move the den bed Iceberg rose in front of it. Right now the Iceberg is fairly miserable, so it’s worth a chance to see if it rebounds in sunnier quarters. Here’s a repeat of its picture this spring, so I know it’s still got potential.

Soon, I’ll send a picture of photinia-ville in progress. We are loving the new look, and especially not having a burglar-shield against our house. For those of you who read the old enewsletter, can you believe it’s been almost a year since the break-in next door got us thinking about an area we pretty much ignored? Although the new plants are young, it’s a refreshing open look at the side of the house. Last year, it was dominated by photinias that shaded the windows and air conditioner, but also sheltered intruders looking for easy access. 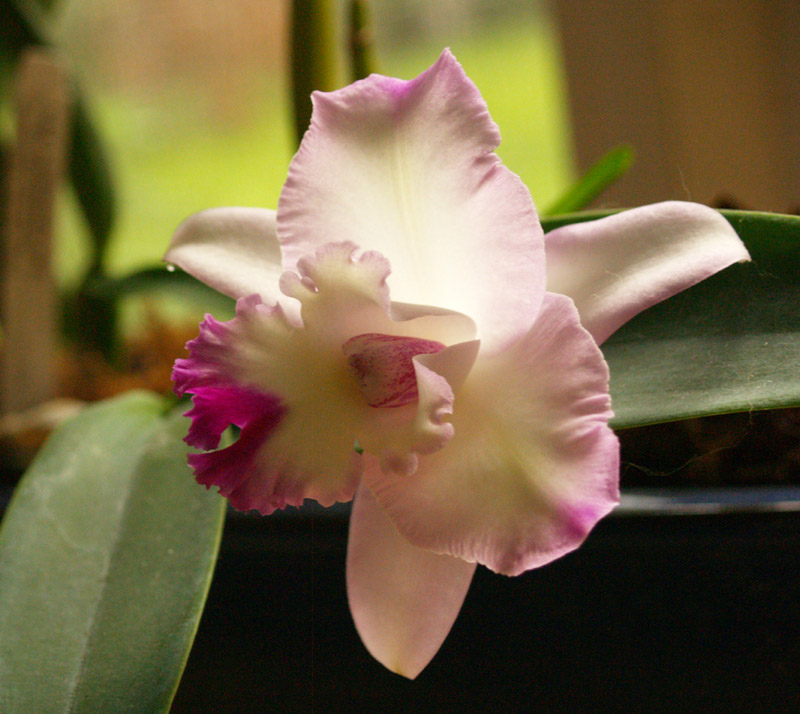 Last year, someone sent me three orchids from It’s a Jungle, saturated in flowers. I called Juanice, owner of this incredible nursery, for advice. Some time I plan to attend one of their free workshops. Until then, I followed her instructions and by golly, they’re still alive, together in a low rectangular ceramic pot at the den window. This Laeliocattleya bloomed again and is perfuming the house nicely, too.

By the way, if you want to plant roses this fall, Dicke Patterson at It’s a Jungle is the man to see!

Next week, for sure, a new season of CTG! Until then, Linda