Salvia greggii was my first native perennial, a big deal for me when I nabbed this “rare” plant at Zilker Garden Festival years ago. Then, we all simply knew it as “cherry sage.” 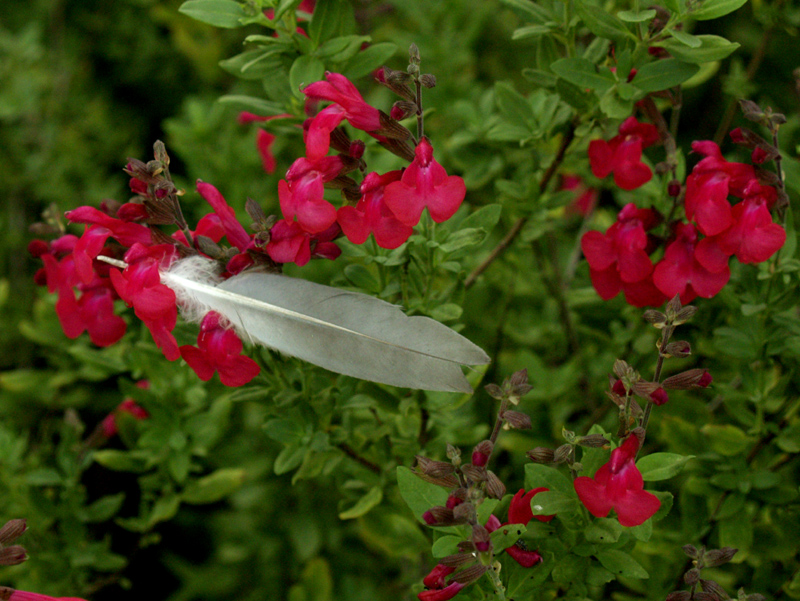 Now, you can find this drought-tolerant, evergreen wildlife-magnet everywhere, and in lots of colors. The secret to these guys is pruning, since they bloom on new growth. 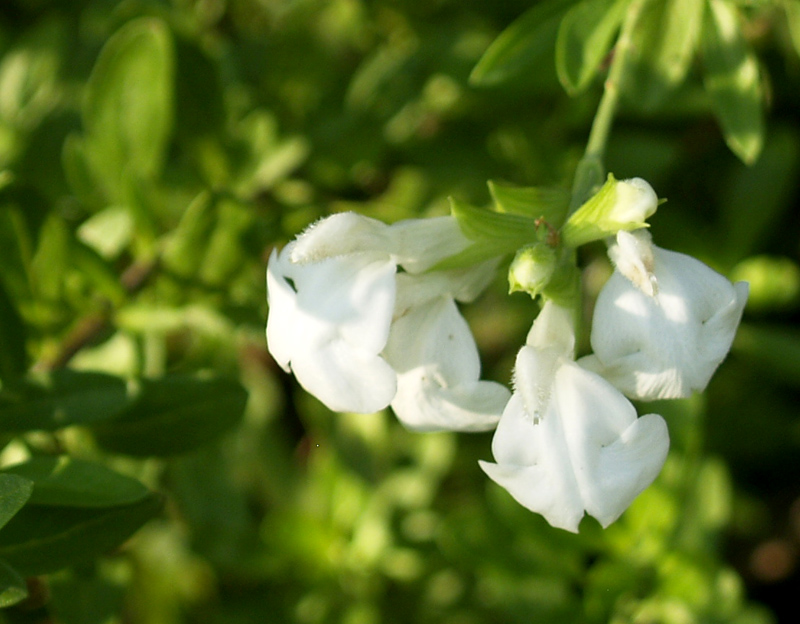 In January or February, prune strong (by half, or so) to avoid a sparse, woody plant. 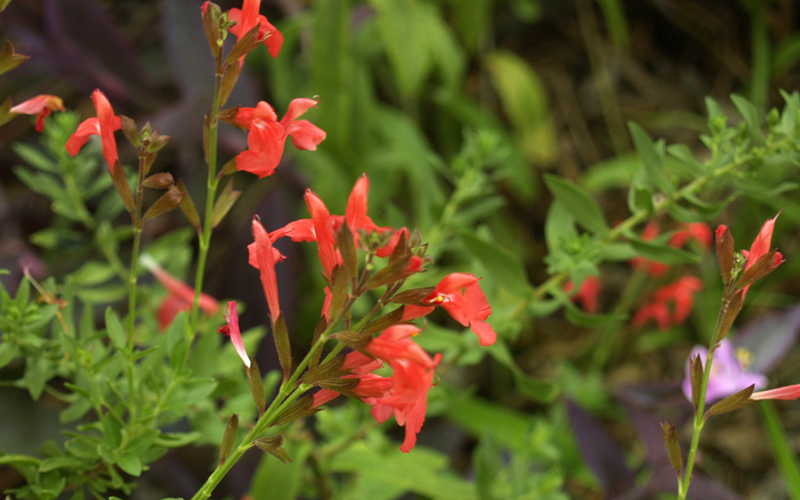 In late August, give them a light haircut to prompt fall color. The more diligent among us shape them throughout the year, including plants like the silver germander with this red salvia. I am not in that club. 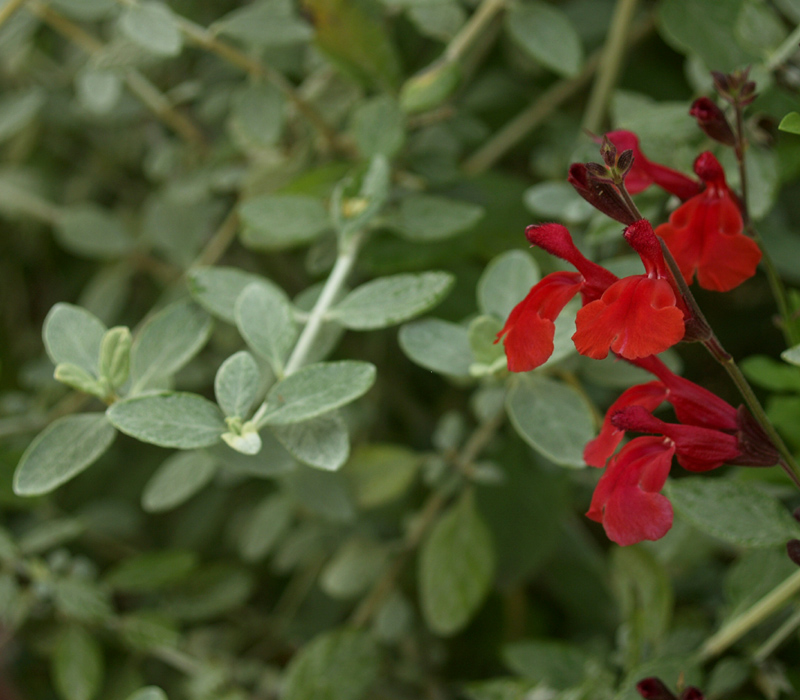 Despite my laxness, when they bloom again in fall, I know it’s time to watch for another of my first natives: the spiderworts (Tradescantia gigantea). 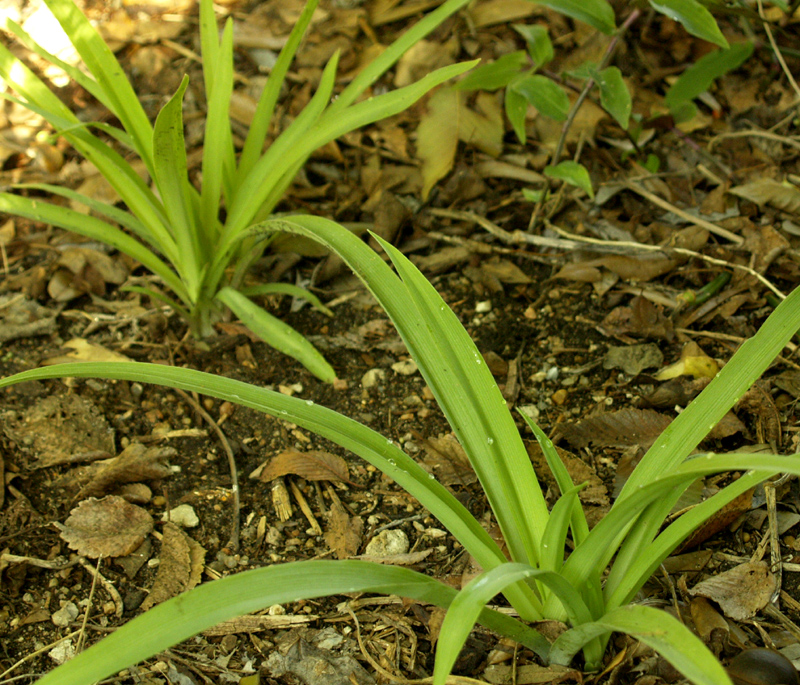 When they emerge in September, I know that we’re around the bend, and by golly, spring will indeed come again.

For me, gardening is not just about this season, but what’s to come. Yea, it’s the never-ending to-do list.  But when you plant surprises for the future, it’s like having a new garden all over again every season.

Since it’s time to get your naturalizing spring bulbs, this week on CTG, Tom and Chris Wiesinger from Southern Bulb Company point us to a few of the best returns. They throw in some for other seasons, too. Here are a few of Chris’s pictures. 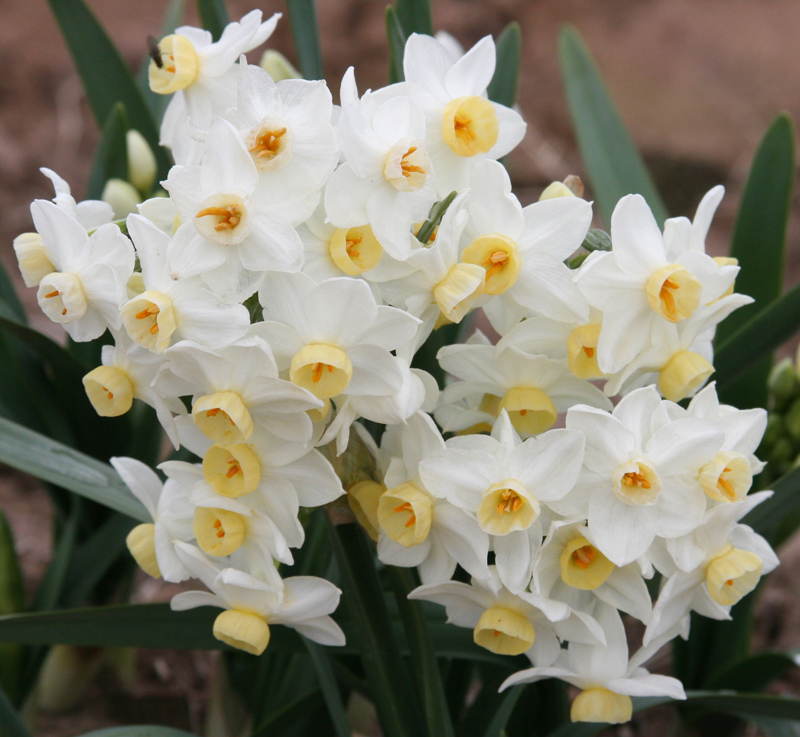 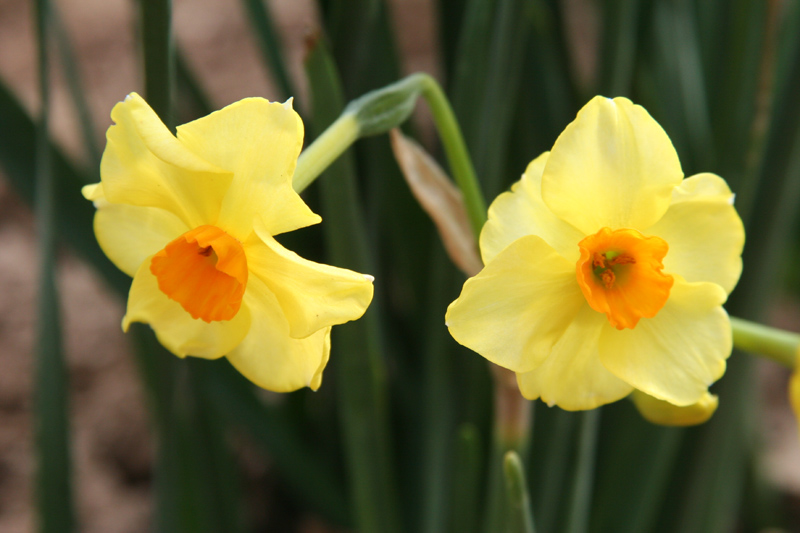 Cluisiana tulips will naturalize for you and don’t need refrigeration. 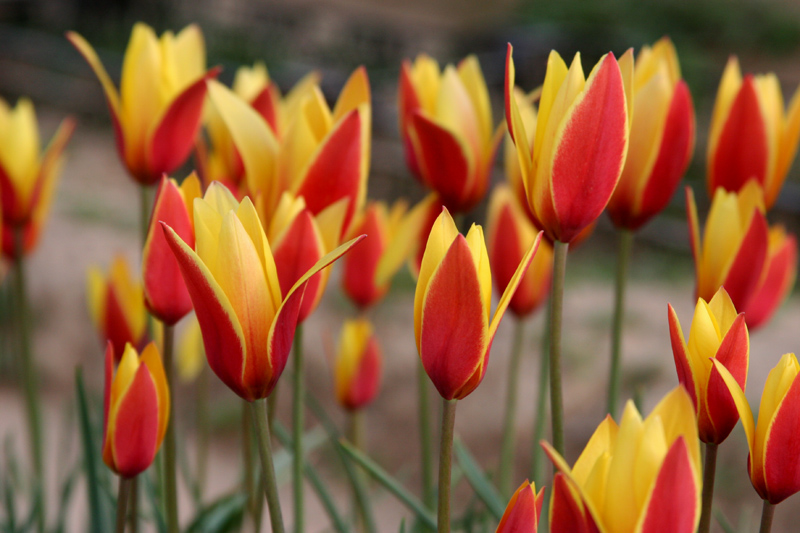 A rain lily that you can add to your bog or pond! 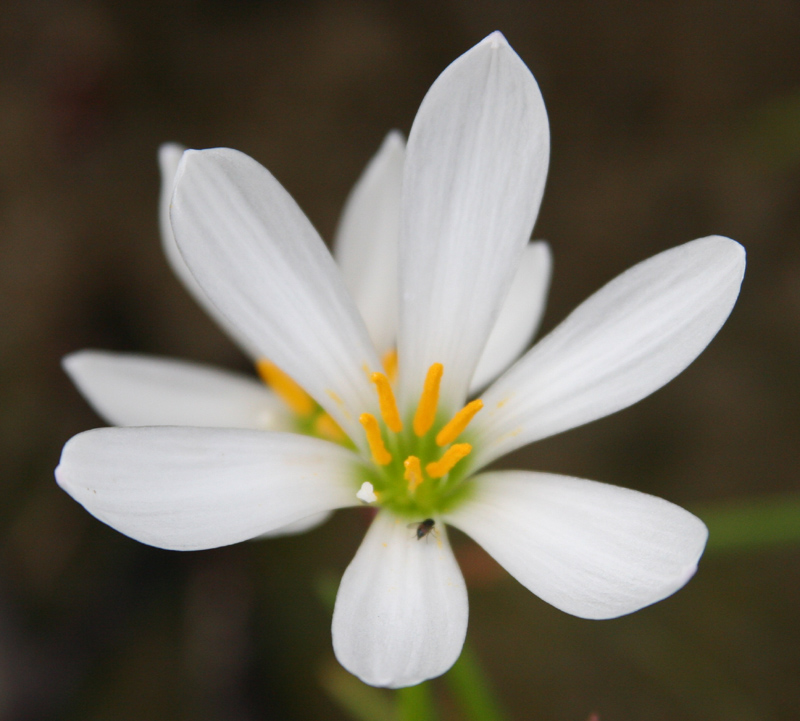 On tour this week, meet the cutie-pies at the Lucy Read Pre-Kindergarten Demonstration School. Last spring, we taped them planting their very first tulips. I’ll never forget those tiny hands carefully patting the soil, and the intrigued looks on their faces. 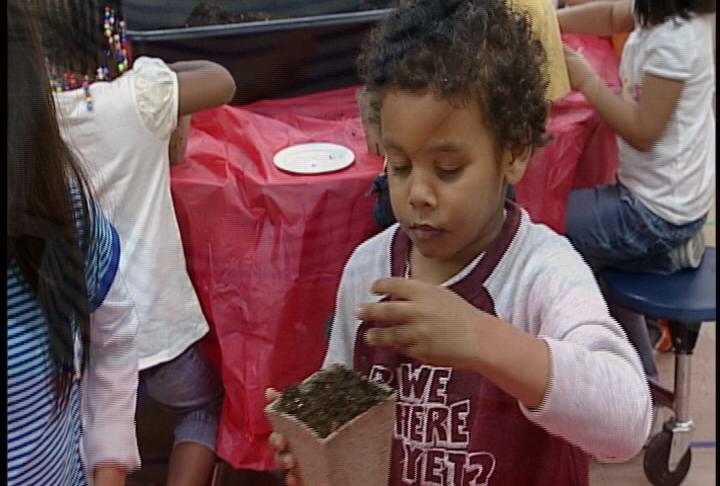 It was all thanks to the Texas Flower Bulb Society and charter member Danny Fowler’s idea for EAGER, as a way to give back to the community and encourage young hands to connect with the soil.  Contact them at texasflowerbulbsociety@yahoo.com.

Since Halloween is just around the corner, get Trisha’s garden tricks with pumpkins, a real treat for everyone!