This narcissus I forced is ready for Santa. 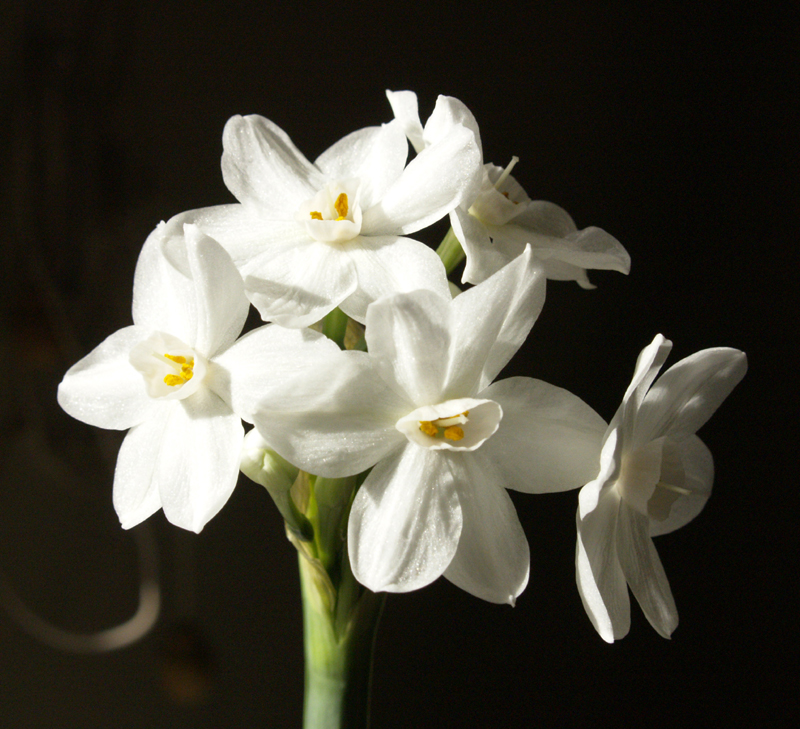 Obviously, it wants to be the alpha bulb to greet him. 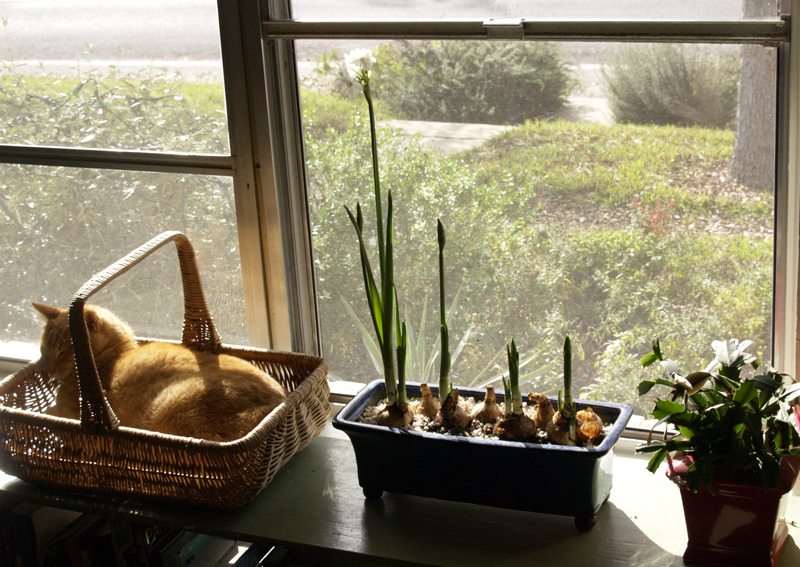 That’s fine by me. In a pot or in the garden, I appreciate progressive “opening days.”  It keeps the fun going.  Their gentle fragrance, too, will keep the holiday of indoor fragrances going for weeks.

When I opened the window to bring in Saturday’s breeze of outdoor fragrance, I found another early present, symbolic of progression and a new year on the way. 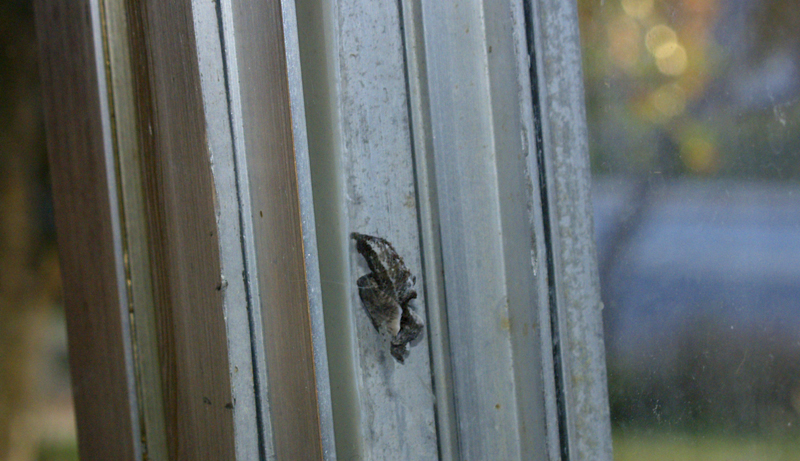 A few weeks ago, when I had the windows open, the cats pushed out the screen. Apparently a Gulf fritillary caterpillar saw an “open door to opportunity” and crawled to the outside frame on the moveable part of the window to “vacation” over winter. Now, we’re very gentle when we open and close that window! When the chrysalis darkens, signaling impending birth, I’ll take the screen off so the butterfly can safely emerge.

Along with that surprise gift, this is a special Christmas for us, because little Gaby is celebrating her first with us. 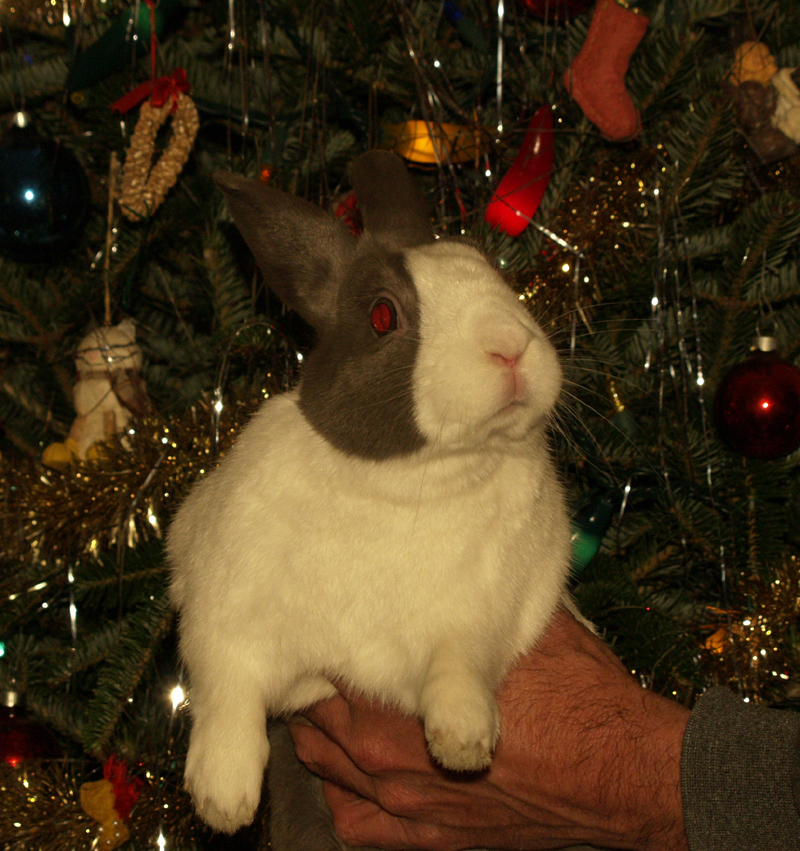 She was “surrendered” to the Town Lake shelter last January. Two days later, House Rabbit Resource Network had her in their loving arms and on the way to the vet to be spayed. They cared for her until we realized what our lives were missing.

Since it’s Harvey’s second Christmas, he’s given her a tails up that presents may be coming, especially since he already peeked in their storage cabinet. 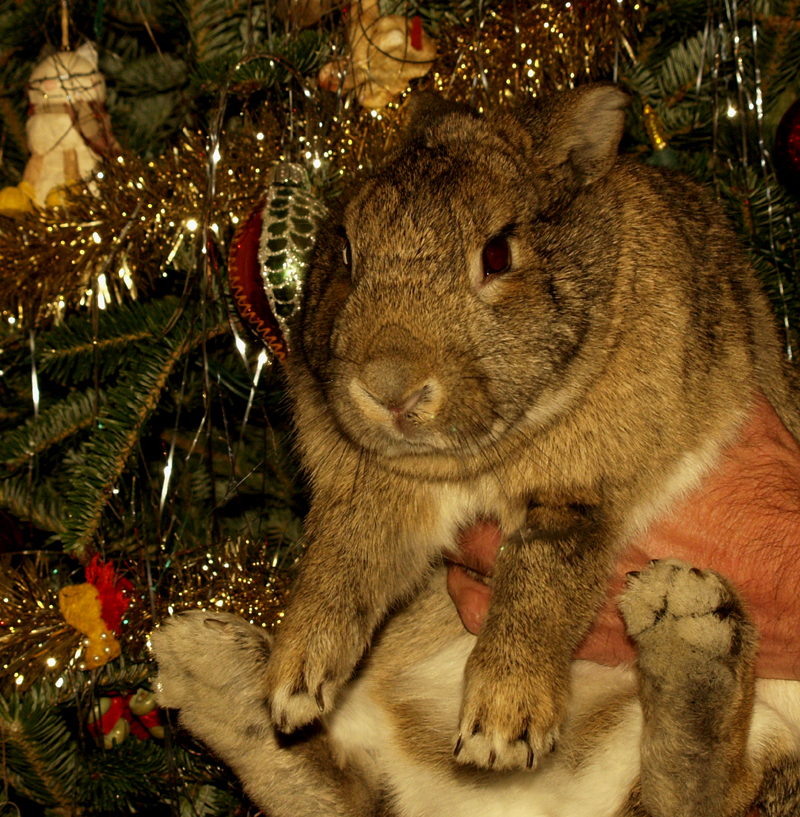 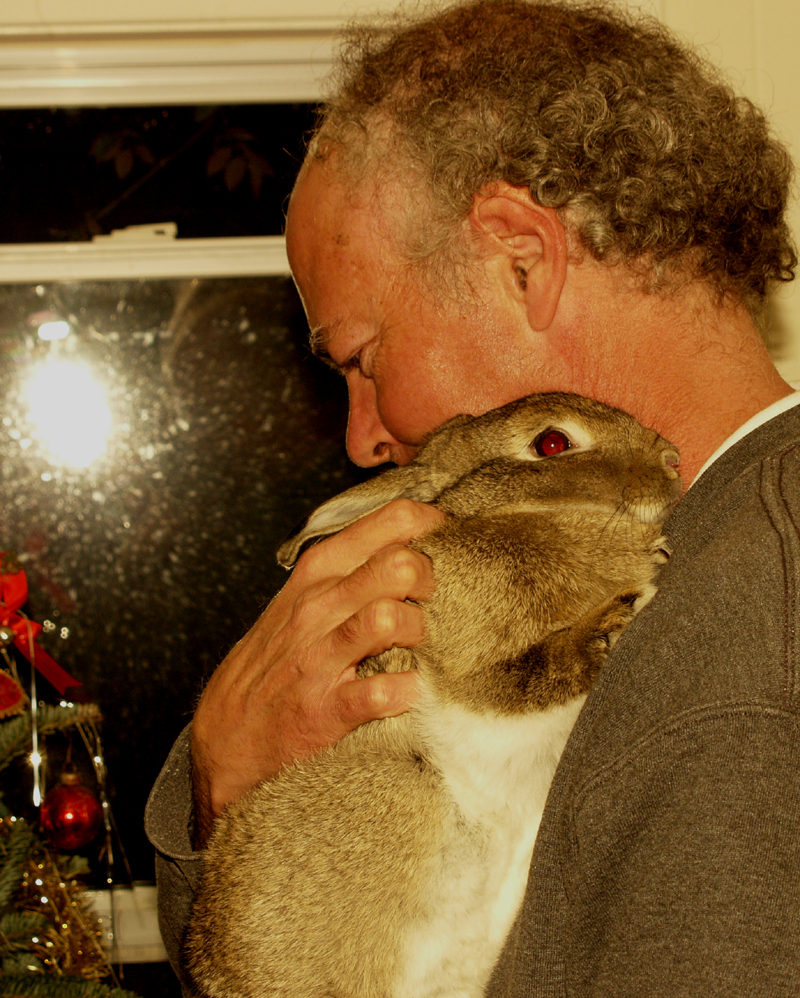