“How low can they go?” is the question on our minds tonight. Like you, I have plants that have never experienced a long, hard freeze. The last time I went through this, I’d never planted an agave, a citrus, an abutilon, or many of the recent perennial additions to the local trade. Rather than find out how low they can really go, I’ve covered my prized Agave celsiis. Double-covered the Satsuma. But I can’t cover everything, just as I couldn’t give them rainfall or an umbrella last summer. The best we can do is to learn from the last several months: what withstands extended drought, rainfall all at once that flushed out late growth, and lengthy hours below 25º.

I did refer to my book by Mary Irish: Agaves, Yuccas, and Related Plants. 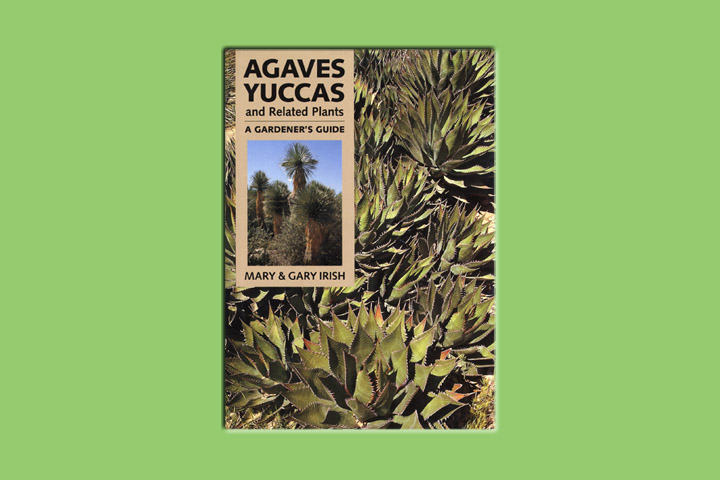 She describes the cold response on celsiis: pale leaves, lines, and black spots that disappear when warm weather arrives. It has withstood temperatures to 12 degrees in east Texas, but “certainly benefits from overhead protection during frost.” Her book has extensive details on some of the agaves that we are trying for the first time.  Of course, our information this weekend will be valuable, since many of these agaves are very new to backyards in our area.

For the first time I can remember, this Christmas break I didn’t make a long list of chores.  I hope it wasn’t a premonition that we were about to get a new set of “chores.”  I cleaned up a little, but with impending freezes, I was wary to do the super sweep. For once, I just let it go. In the meantime, I can get my pruners sharpened at Knife Sharpest!

Instead of my usual critiques and lists and frenzy, I watched a bird feather float in the stream of the birdbath’s soft solar fountain. 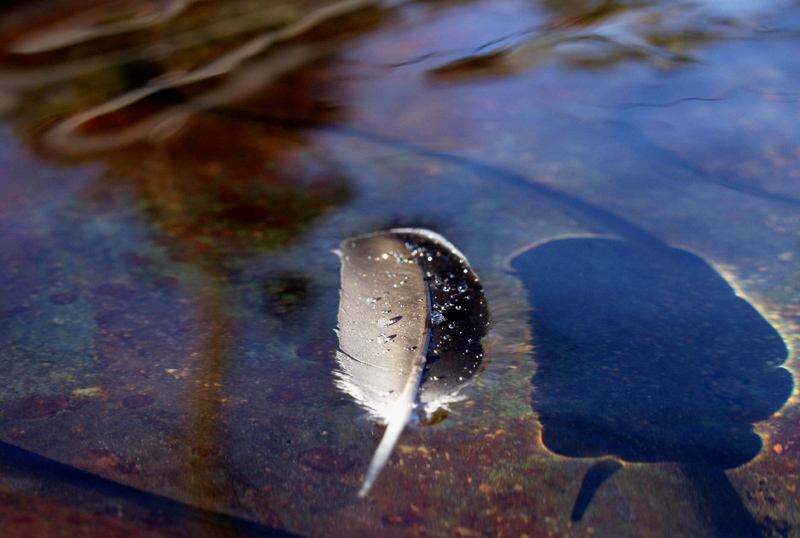 By the way, I’m filling it tonight, along with the bird and squirrel feeders, since the wildlife will be desperate for extra calories.

I told the mums how proud I was of them, and thanked them for a tiny bouquet on Christmas day. 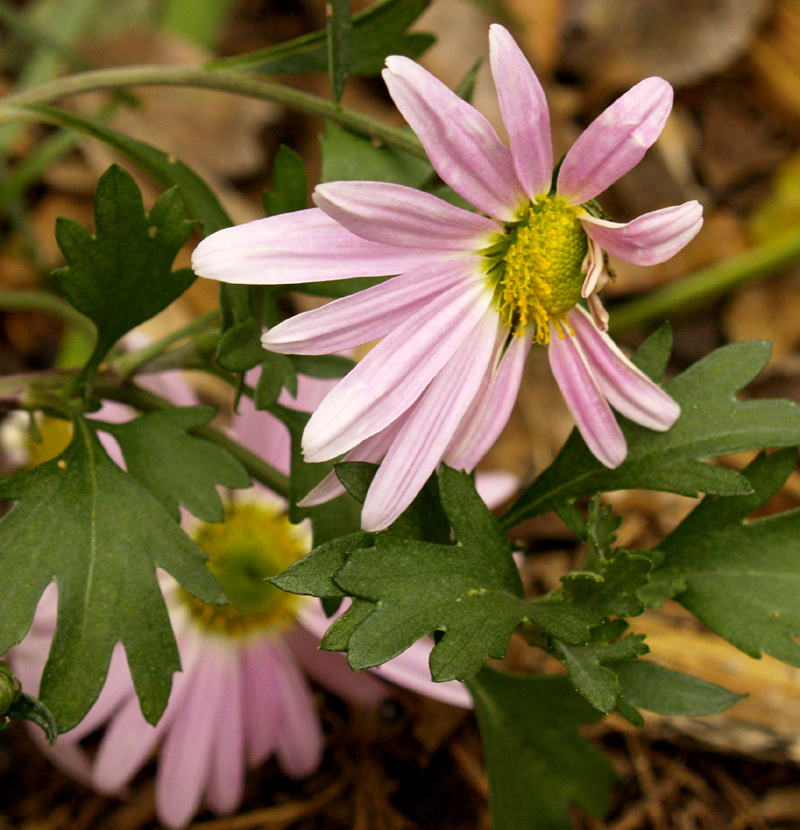 Rumpled, most of them, a few begged me not to cut back all their stalks to clean ground-hugging rosettes. 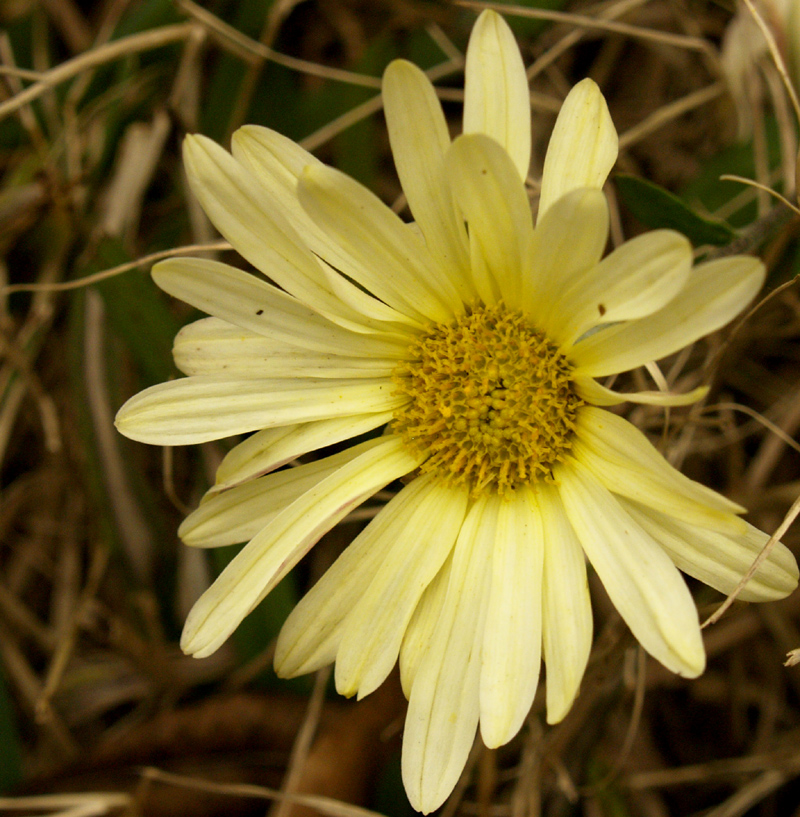 So I didn’t. I enjoyed the flowers that will be gone by tomorrow night. Then, I’ll cut them back, too, and enjoy the new look of a low (spreading) profile until they spurt back up in a few months.

Poppies are so hit and miss with me (and the weather). This time, instead of being gloomy about what didn’t come up, I rejoiced in the abundance that favored me. 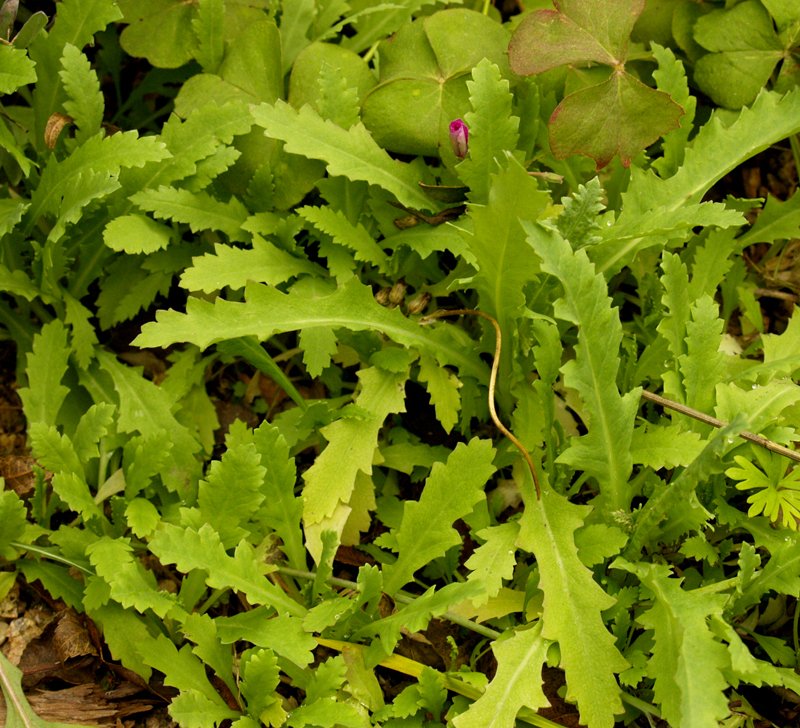 “So,” I told myself, “They like crushed granite near the lavender in the cat cove. Got it.”  I can hardly wait to see their sweet pink against the silvery lavender.

As always with a hard freeze, some plants don’t show the damage until a few days later when their burst cells realize what happened.  Thus was the case with the variegated Dianella tasmanica in our last little event.  For now, I’m leaving the browned leaves to protect the greenery hiding under the front line’s shield. 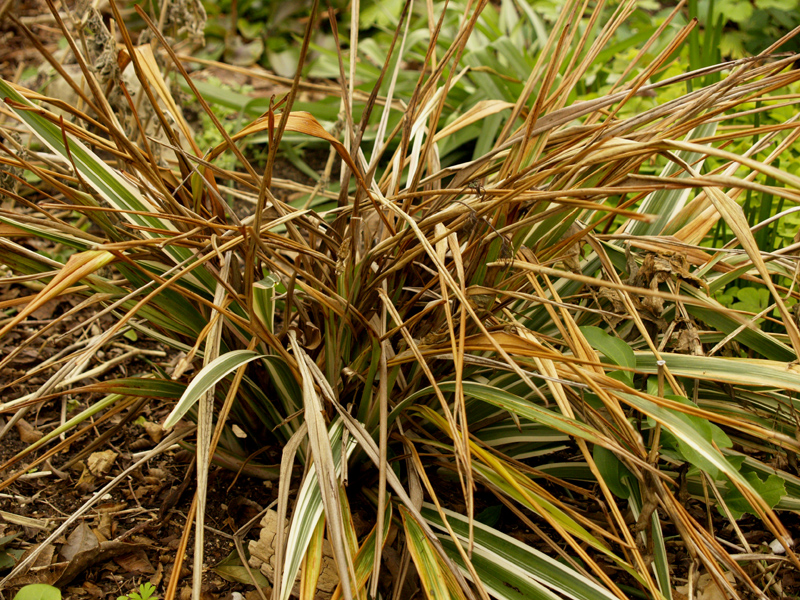 I’d planned to catch up on all my reading, stacks and stacks of it. Instead, little Gaby caught up with an old Texas Gardener magazine. 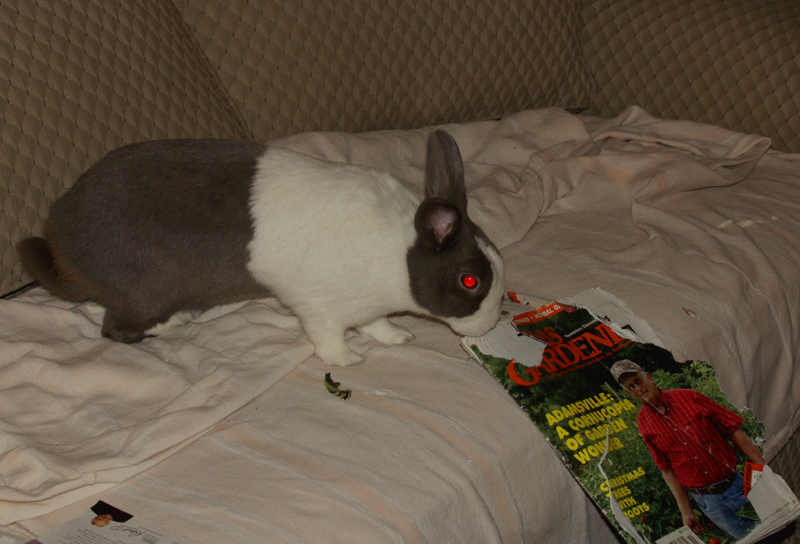 She and Harvey like to throw it off the couch every night, but Gaby wants to literally devour its garden tips. Fortunately, I can order a back issue, since now it’s challenged as future reference for me. 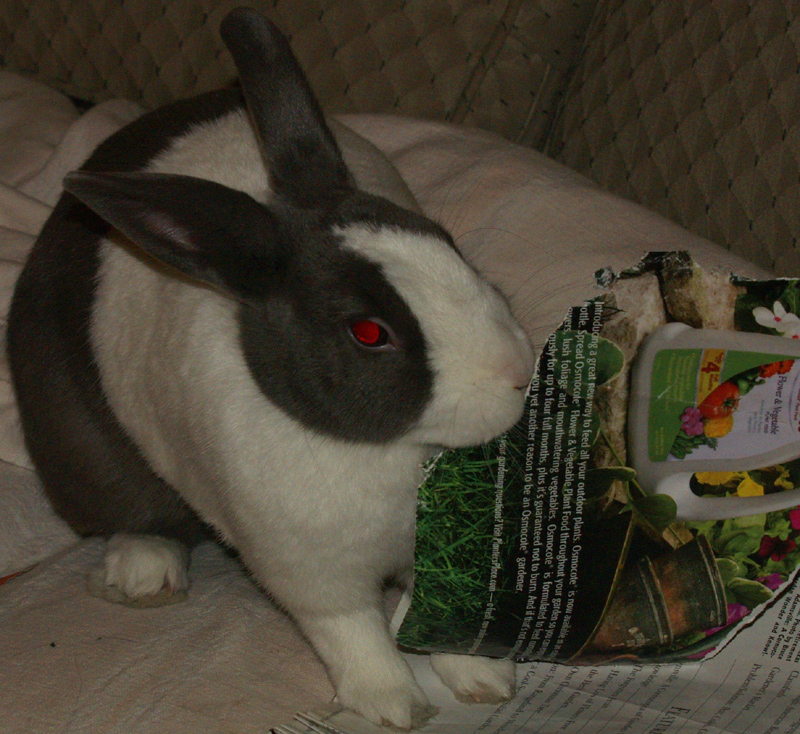 Yahoosers, this week, CTG is back with new programs! Last year, questions about homegrown fruit rivaled worries about brown patch. So, we start off with Drew Demler’s tips on fruit trees, including ones for smaller spaces (look at the rootstock). Also, he notes that now is the time to apply neem oil or other dormant oil to suffocate plum curculios or other insects that plague your fruit trees. You can also do this to other trees that have insect problems or are prone to powdery mildew.

Not a fan of mouth-puckering persimmons? Trisha Shirey demonstrates how to tell when a persimmon is ripe enough to eat, along with other tips to take out the astringent bite. Get her favorite varieties, including ones for smaller gardens. Check out her tasty recipes and how to store fresh persimmons until you’re ready to use them.   For more persimmon info, click Persimmon in the Search box and you’ll see everything CTG has ever done on persimmons.  (Same for fruit trees or anything else you’re hunting)

For those mushy agaves, Daphne has an answer. At least, for the ones that get damaged and not totally destroyed.  Also, check out her agave-hardy list and more info at Renee’s Roots.  I hope that we can all compare notes in a couple of weeks, since this will be valuable information for a hard freeze 10 years from now!

To start the New Year with some inspiration instead of dread, we repeat our visit to the Lady Bird Johnson Adopt-a-Gardens on Town Lake Trail. Right now, it looks like all the adopters are keeping their gardens this year, but check the Trail Foundation for updates on adoption.

No matter what happens in the next few days, gardeners will still keep on growing.  I know that new gardeners are really worried right now. But I promise you, Central Texas is a lot prettier and more diverse, thanks to you. Make notes in your preferred style, count it up to experience, and dig right back in!