Freeze-dried & my one garden craft 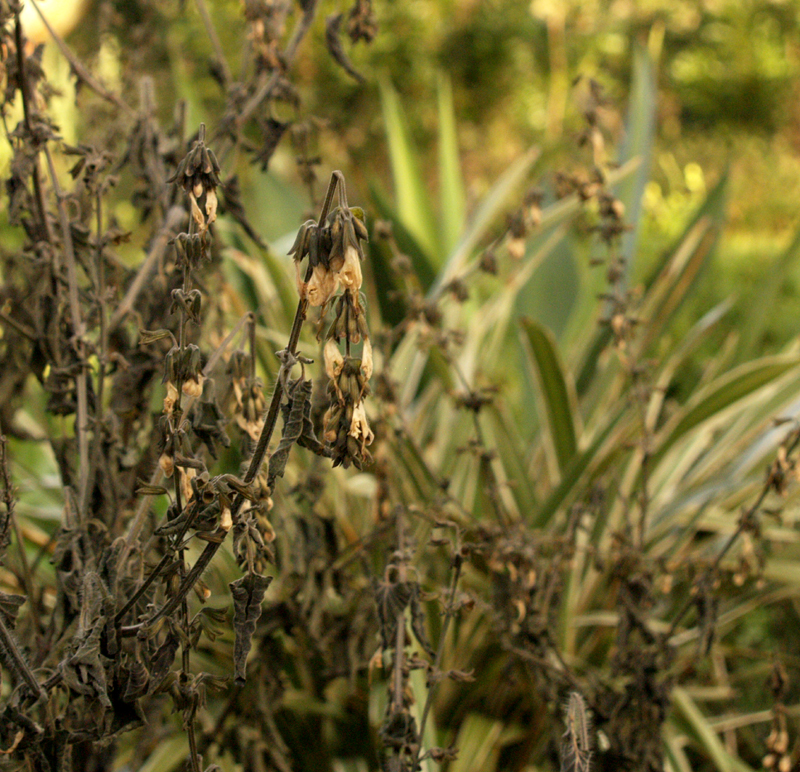 I knew the Salvia coccineas were soon to go. And they did, when it hit 19º at Bergstrom and 25º at Mabry. But the crape bed won’t be lonesome. It’s mostly intact, including the Dianellas (Dianella tasmanica ‘Variegata’). They got a tad nipped, but are okay. The Agave celsii just beyond is fine. Bulbs, larkspurs, poppies, and the new violas will soon take their bit player roles on the winter transitory stage.

I really hated to lose the Tithonia (Mexican sunflower), since it finally bloomed with gusto for an appreciative butterfly crowd. Not even rowcover could save it. Behind it, the uncovered Swiss chard is laughing at all the fuss. 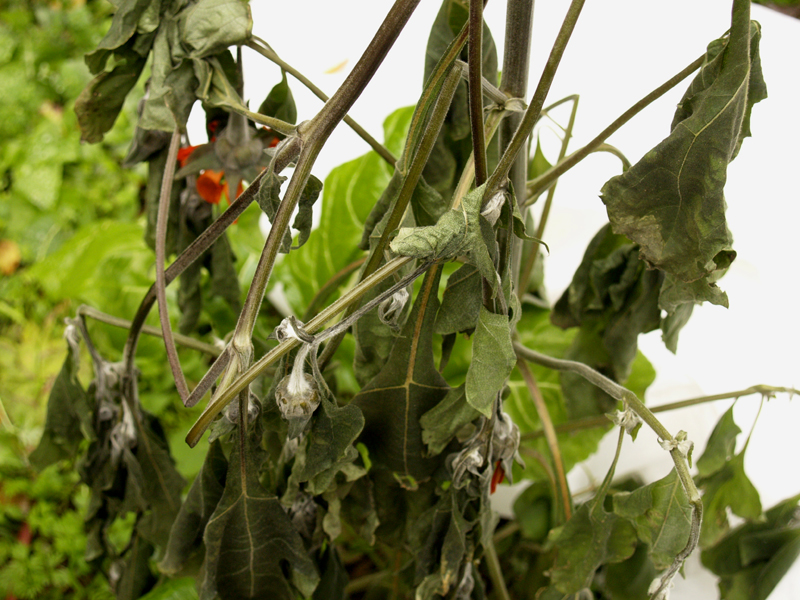 Visions of snow danced in my head, mainly one of the Iceberg rose frosted with flakes. We’ll have to leave that one to the imagination for now. Instead of a standout role, its ears just got nipped. 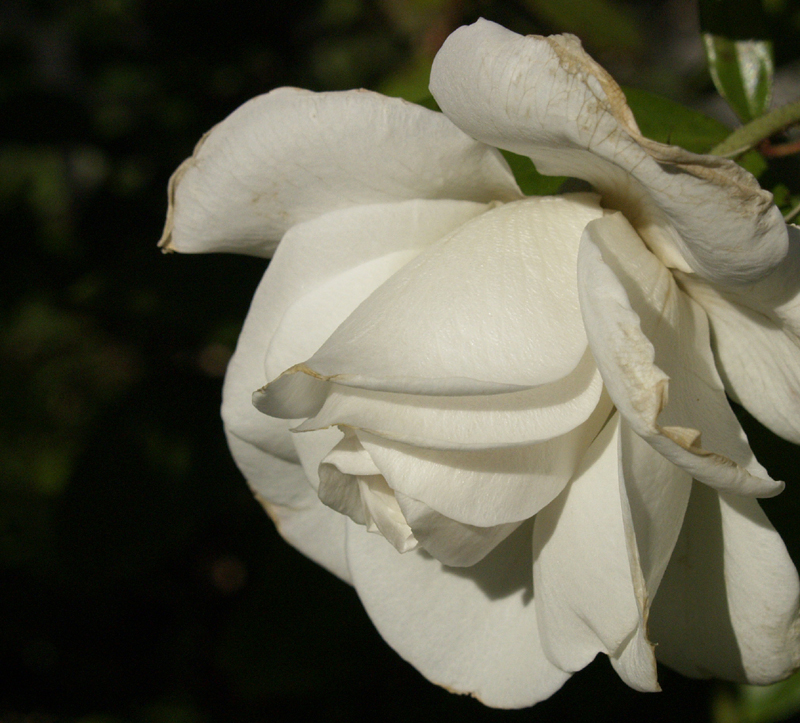 This weekend I’ll clean up the super fried, like the perennial and annual herbaceous salvias, the Hamelia patens, the Philippine violets, and woody perennials like flame acanthus. I’ll wait until late January for lantana and others.  In my garden, the lantana was nipped, but is still green with a few flowers. In my experience, a warm day sends them back into production. We don’t want that.

The freeze didn’t bother this Gulf fritillary chrysalis. It wiggles around on warm days, so I’ll keep an eye on it. 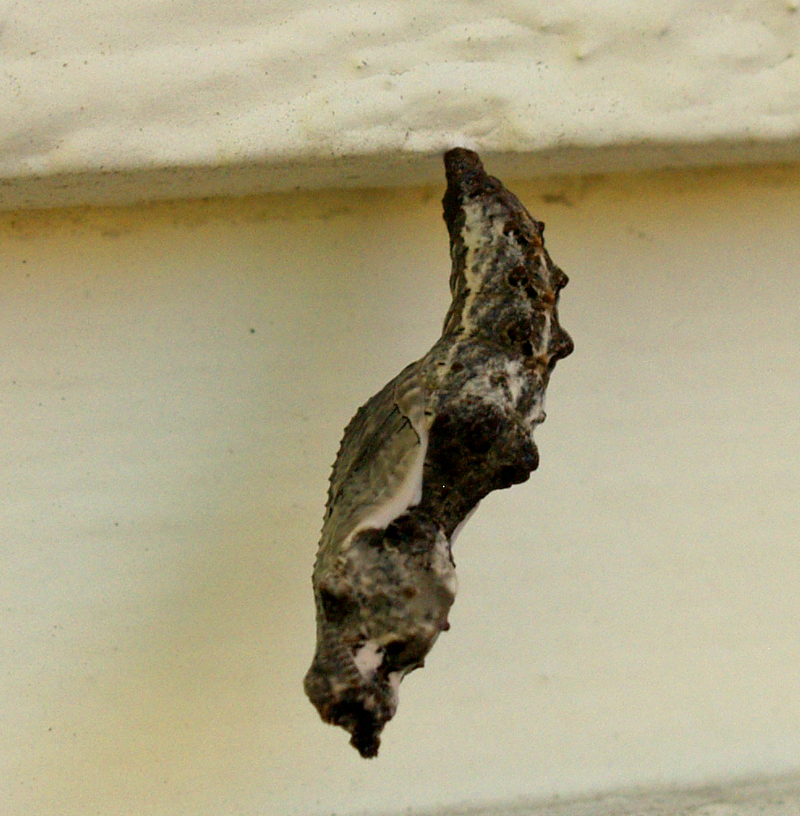 Just a few weeks ago, one of its cousins was chowing down. Hope it got big enough to pupate to safety in time. 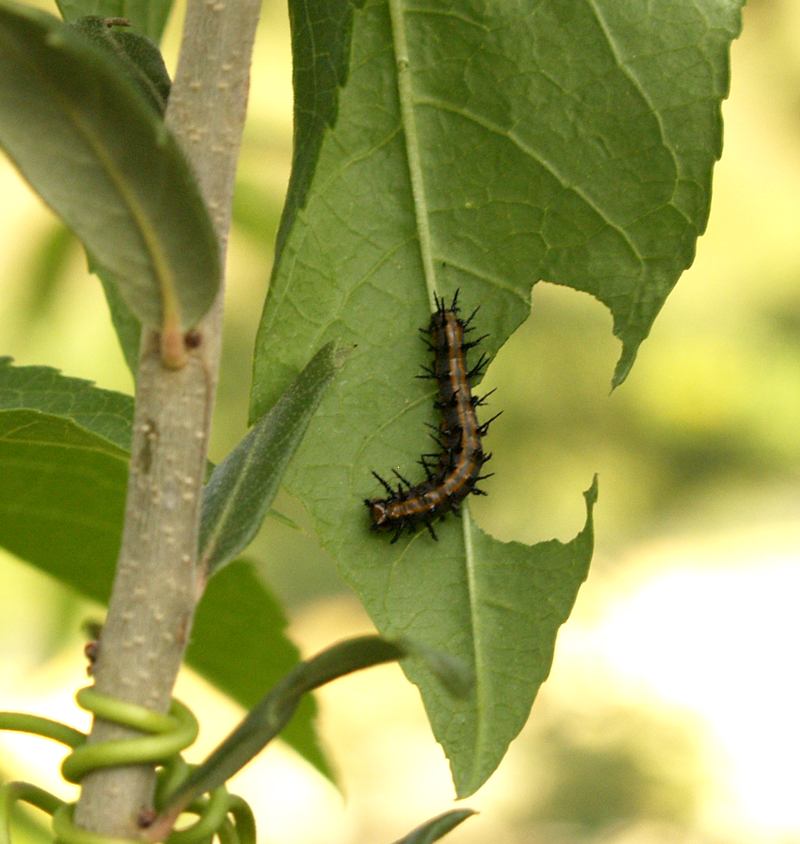 Their passionvine host tends to upstage its fellow plants by smothering them. It’s difficult to deny the nursery food leaves, though, and the flowers that were still eye-popping lodes of nectar just a month ago. 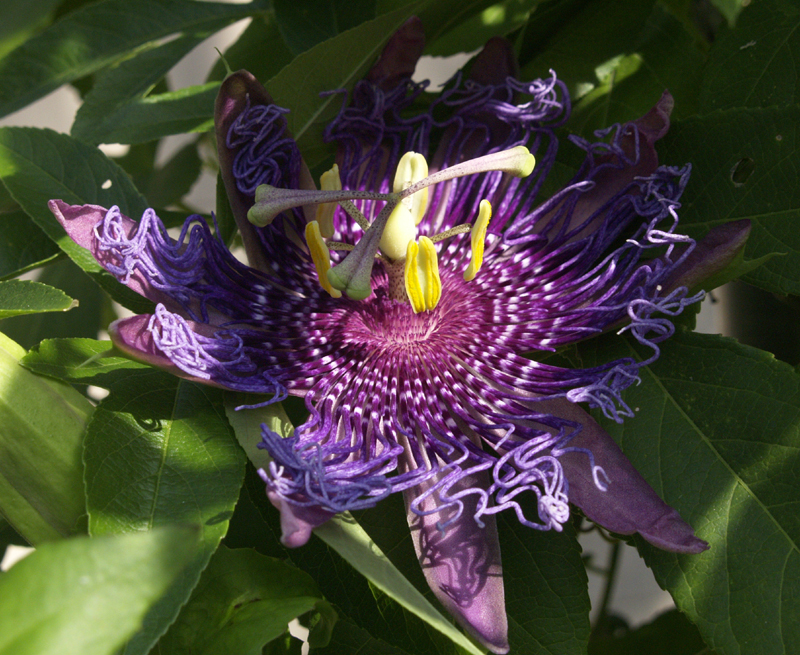 Another vine that can also take over is the butterfly vine (Mascagnia macroptera). 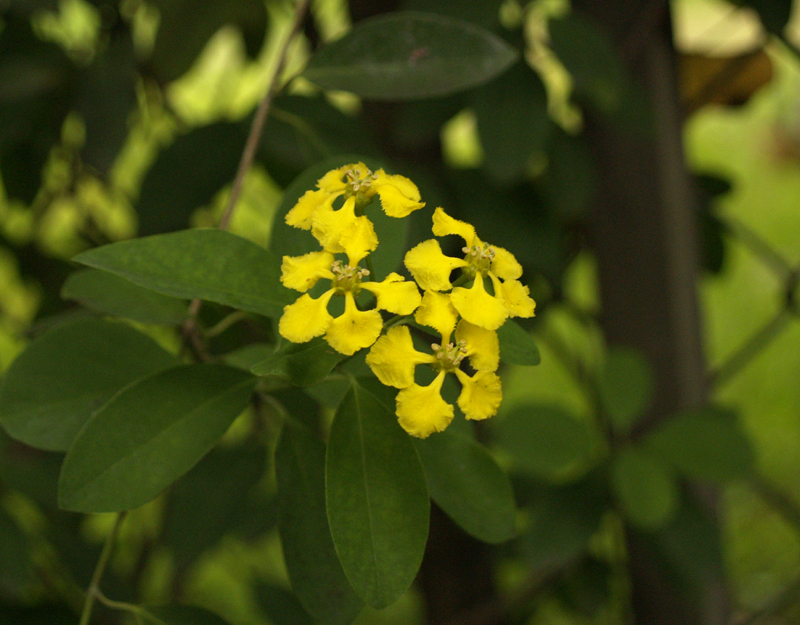 My passalong from neighbors Tom & Priscilla is still tiny, but by next year will do its job to cover a section of chain link fence. The freeze didn’t bother it a bit.

A few years ago, friends gave me bags of dried flowers from their butterfly vines. I’m all thumbs with garden crafts, but this I could handle.  Spray paint.  I turned them into a bowlful of holiday decorations, and even threw in some mountain laurel pods.  They last for years. 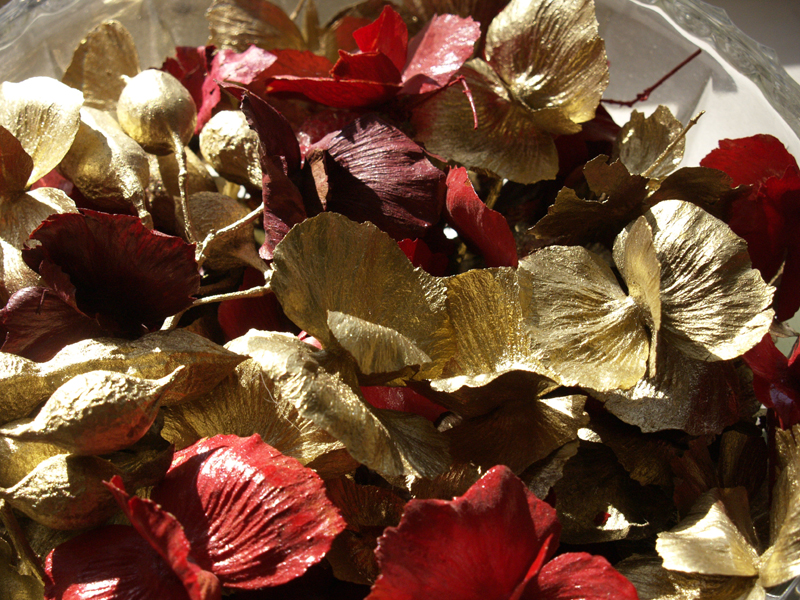 Who knows?  When mine fills the fence with flowers, I may even make spring-colored ones, like I did for Greg’s mom.  Or pass along to you!

Today we taped CTG for January 9 and 16th.  Get ready for fruit trees, including dwarf varieties for small spaces,  Peckerwood Garden‘s favorite winter flowers, Lady Bird Johnson Adopt-a-Gardens, and a visit to East Side Patch! Trisha has persimmon tips and how to keep cats off plants. Daphne explains how your mushy agave can reward you yet.

← Christmas cactus, prep for winter
Freeze microclimates, in one garden! →