For a fall that’s been “resplendent” with fire ants like I haven’t seen in years, it’s been a slow show for butterflies. Early on, bordered patch butterflies blanketed anything with flowers. That was a first in my garden. 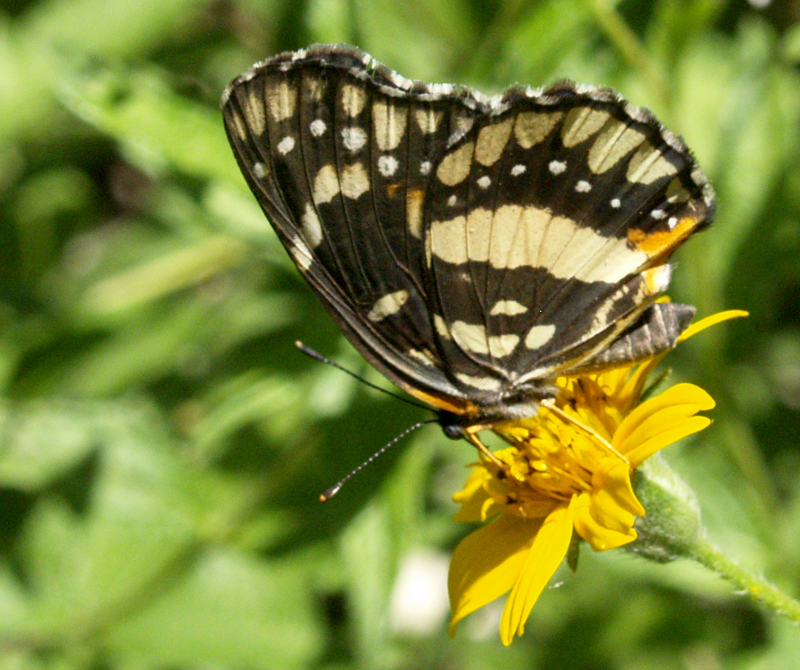 And although I’ve certainly seen butterflies in past weeks, it’s been nothing like the usual swarm. The blue mistflowers (Conoclinium coelestinum) have felt a tad lonesome. 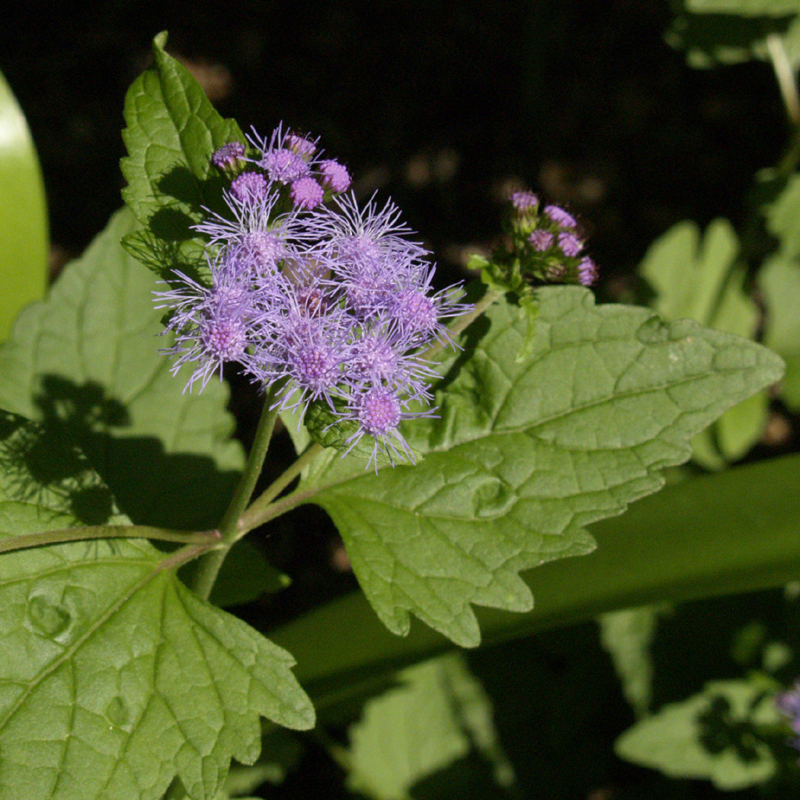 In October, when I started seeding lettuce (some of which the ants ate), I borrowed Master Gardener Patty Leander’s tip about shading during those hot days. (This is also a good idea when you transplant something when it’s scalding by afternoon.) 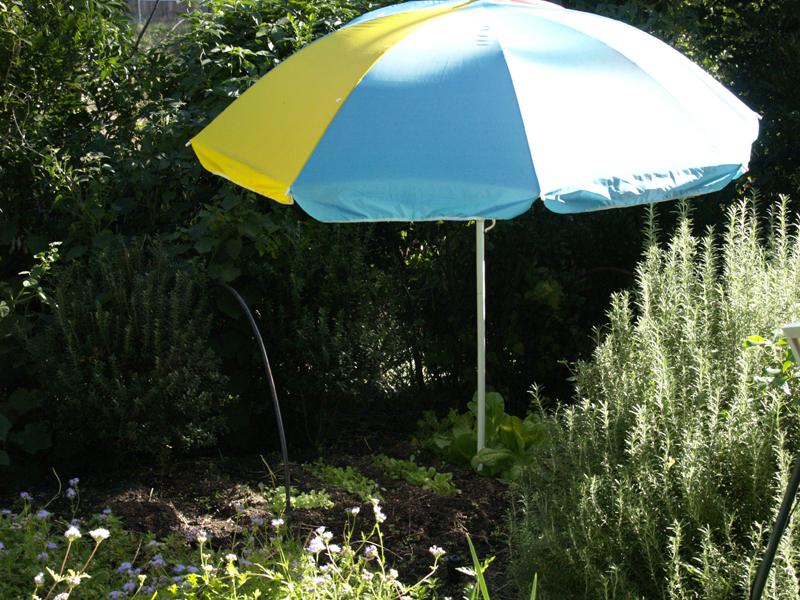 In the shed, I found the beach umbrella that Greg and I got when he was recording in La Jolla and I went for a weekend to try out life as a beach bum. Sad to say, in my world, it’s more likely to be used as a lettuce umbrella. And when the kiddie pool was up, it added a nice design connection. Hey!

Now, I’ve hunted down where I tossed the rowcover bag in the shed. I stuff them into a bedspread bag. I used to keep them in bags by name for location, but last spring I threw out my orderly ways and hastily crammed them into one big bag “to deal with later.” Uh oh, “later” is here.

Since we’re on the countdown to the first freeze, this week on CTG Daphne has a few tips on how to properly cover tender plants. Hint: keep your plastic trash bags for the trash. Do not put them on your plants. 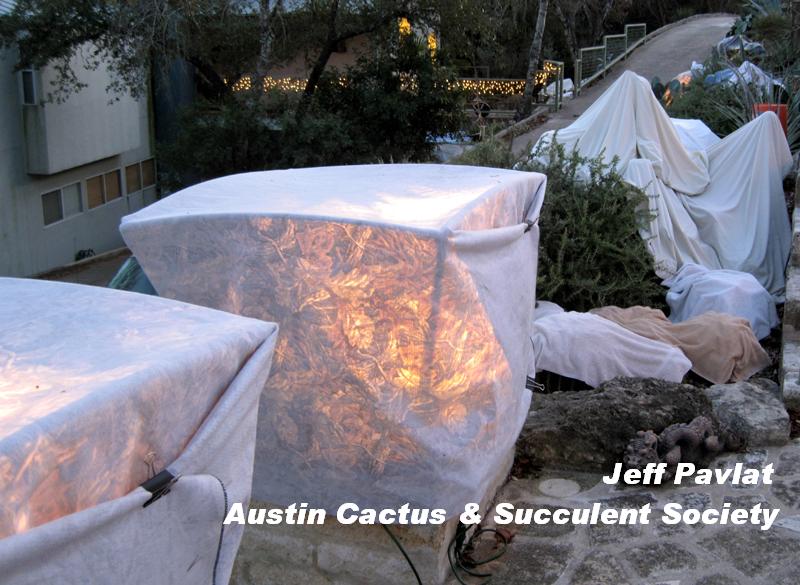 Thanks to Jeff Pavlat from the Austin Cactus & Succulent Society for sharing his picture from last year’s unusual cold. You can use Christmas lights or other waterproof lighting to make your own version of winter garden luminarias.

In most cases, just a blanket, sheet, or even a box works. I keep a stash of old bedspreads and sheets from the days before rowcover was commonly available, and I still rely on them for a few plants on the patio. These days, you can buy packaged N-Sulate at nurseries, but I bought mine by the yard from The Natural Gardener a few years back. When it hit below 20° in my garden last year, though, I spread an old blanket on top of the lettuce rowcover for extra protection.

The advantage to rowcover is that it lets in light and doesn’t sog down with rain. It’s the best idea for plants you want to cover all winter, like vegetables and citrus. If you cover plants with a sheet or blanket, be sure to remove it on “normal” mornings when the sun comes out. For the lettuce bed and my Satsuma orange, I also pull up the rowcover on warm days. When I covered my slightly tender agaves, I also removed the rowcover on warm days.

It’s all about temperatures where you live, since it varies so much. After last winter’s scare, I’m sure you’ve checked the cold hardiness temps for some of the marginal plants we’ve been tempted to try. This weekend, I clumped up lots of mulch on my new pink turks cap and dianellas. I won’t cover them, as I don’t most of my plants.  I’ve never had a problem with the native red turks cap coming back, but new additions like these get a little special attention since their roots aren’t established.

William Glenn from The Natural Gardener carries on Daphne’s theme with some tips of his own, especially covering those square foot gardens or containers you have. 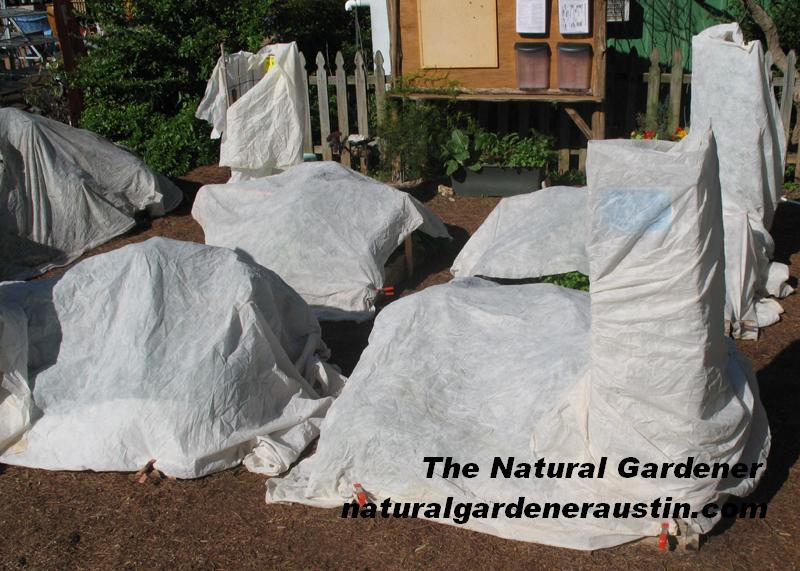 As both Daphne and William advise: Anchor your protection with stones, bricks,  jute pins or clamps.

Since my Satsuma orange is still small, I make a teepee with bamboo canes and blanket it with rowcover. With larger citrus, you just have to take your chances. At least, mulch the roots.

Well, the good news is that my evergreen sumac is loaded with luscious berries for the birds. 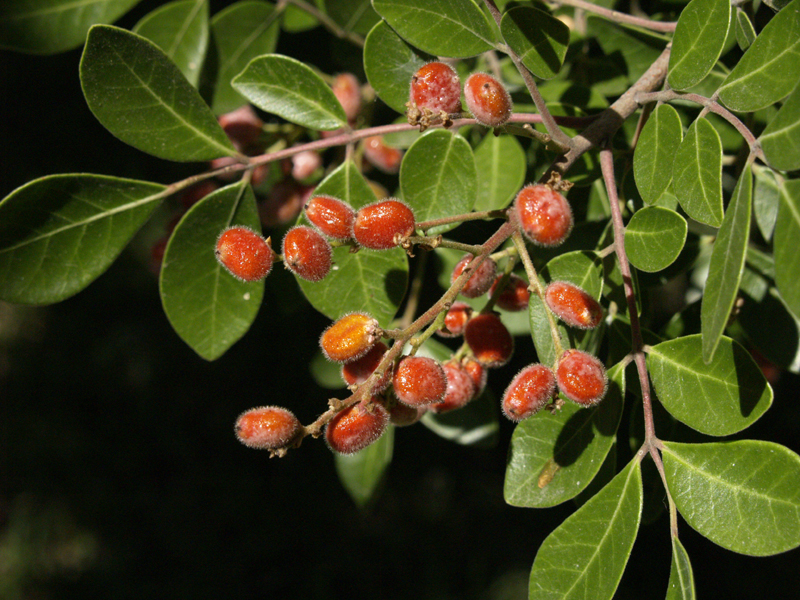 The bad news is that it’s fallen over. 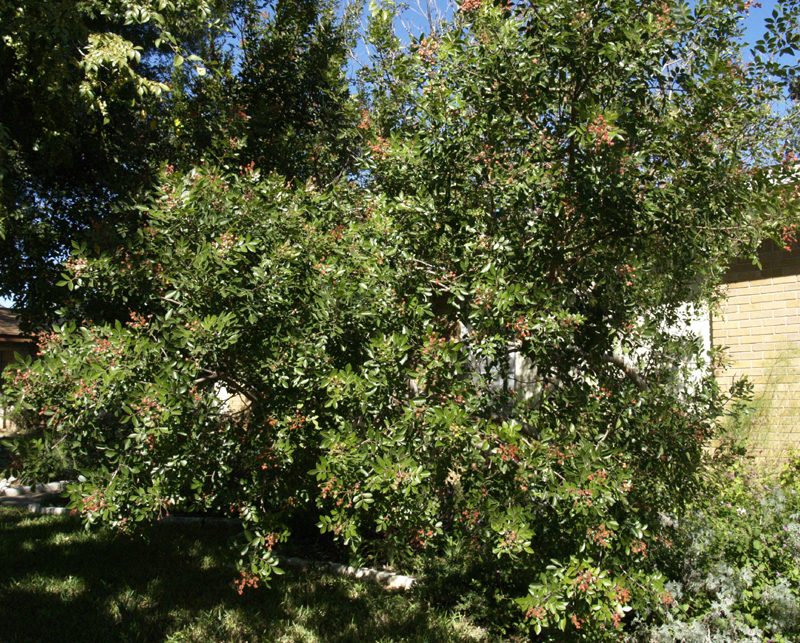 Since Jared Pyka from Native Texas Nursery was in-studio for this week’s CTG, I asked him about it. It’s happening all over town. They have shallow roots, and with the heavy limbs, the rains we got (remember when we had rain!) tumped them over. I’m not sure I can correct mine with pruning. We’ll see.

Jared’s true mission at CTG was to meet with Tom for native plant alternatives to those invasive ligustrums and nandinas. Get his great ideas for plants like elbow bush, dwarf Barbados cherry, silk tassel and more. They are just as tough, add a lot more interest, and don’t destroy essential diversity for our wildlife.

The silver germander (Teucrium fruiticans) he recommends isn’t native, but adds that silvery interest when layered with green shrubs and perennials. It isn’t invasive and loves drought. 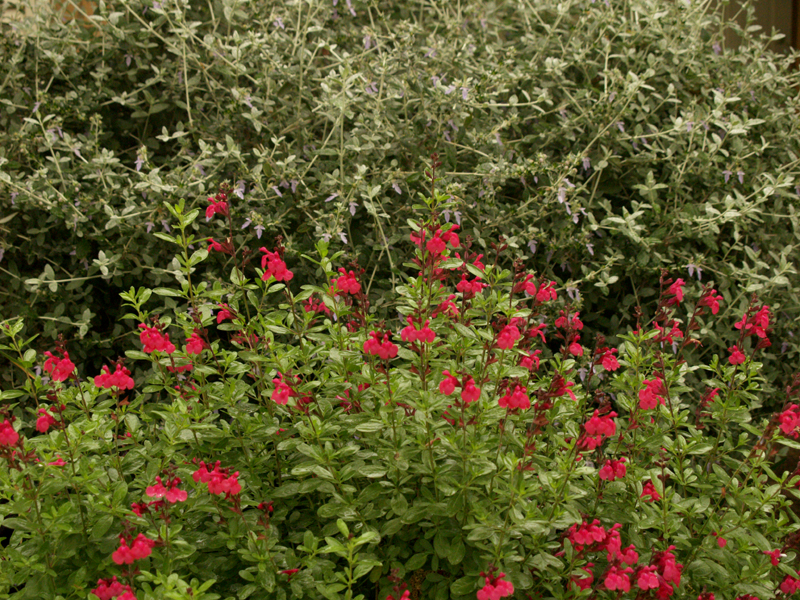 It’s one I selected when I dug up the nandinas in front. It gets morning shade and hot afternoon sun for a few hours. The 14° didn’t bother it.

Note: Native Texas Nursery isn’t open to the public, so please ask for Jared’s plant ideas at your local nursery. 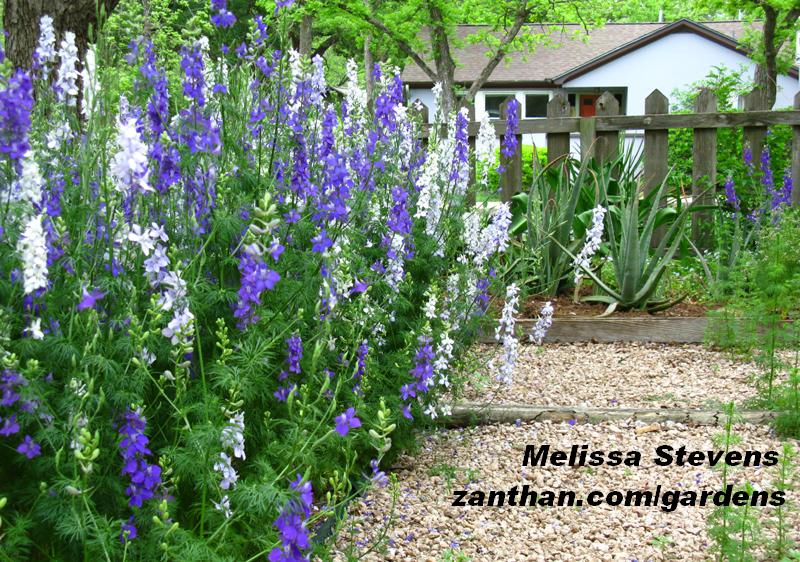 It’s not too late to add them to your garden, but do it soon!