By golly, I have more plants in the ground than in the compost pile. Some look a little winded after this hard run, but if they made it through 2011, they can handle anything. One is my Salvia microphylla ‘La Trinidad Pink’. 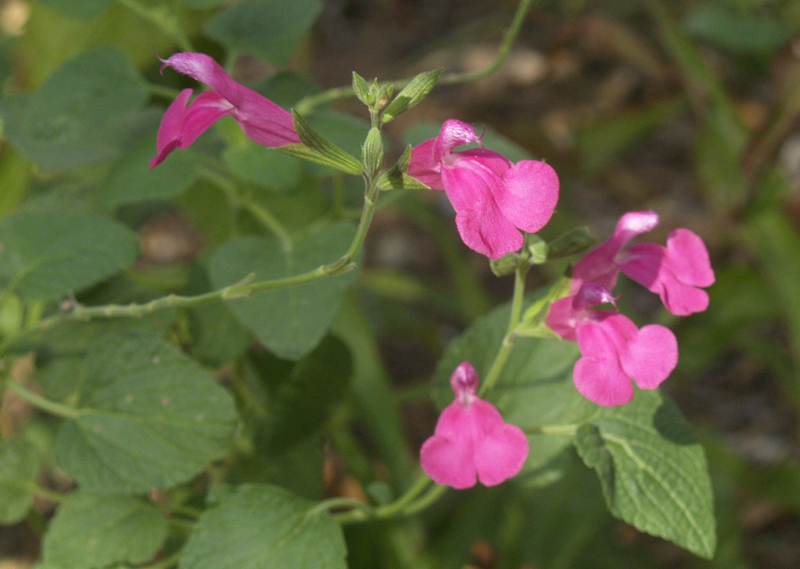 It’s only been here since after last Thanksgiving, but with a hard freeze and drought in its first young year, it plans to to stick around for more!

I’ll share other survivors in the next few weeks. For now, my Hymenocallis ‘Sulphur Queen’ spider lilies and bamboo muhly (Muhlenbergia dumosa) wear a weather badge of merit. SQ didn’t bloom this summer as always, but her strappy leaves indicate she’s banking on the future with work underground. 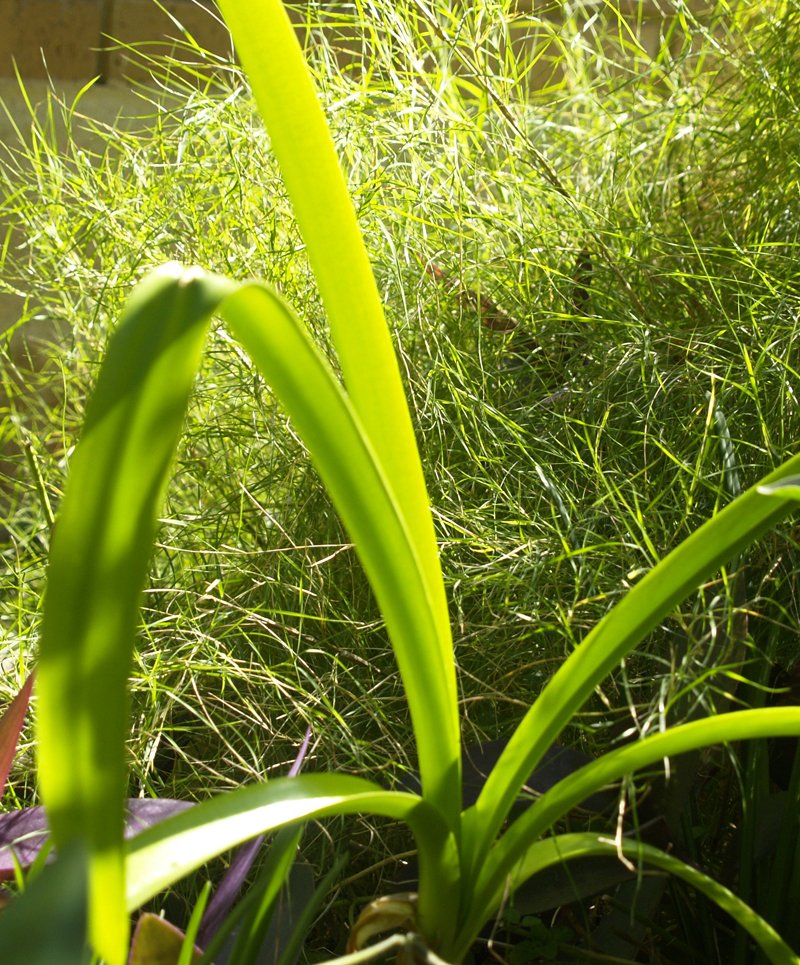 My Chrysanthemum pacificum started as a tiny passalong division. I really feared for its fate, but it sure didn’t. Since I’m always on the lookout for silver, its edges won me over! 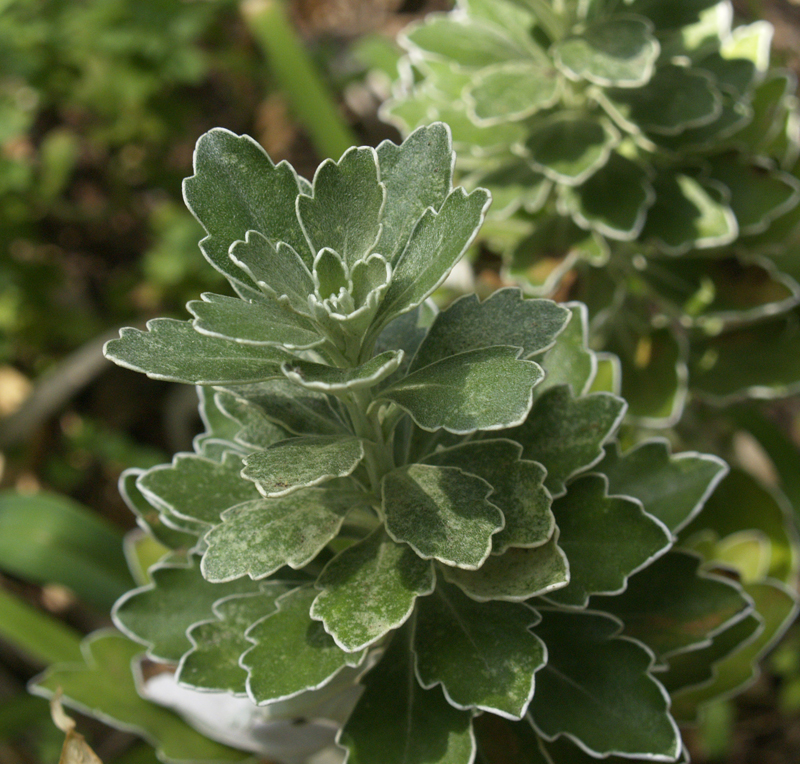 For many years, I hesitated about yuccas since I’m on clay soil. But since I’ve amended it over the years with leaves, compost, and mulch, I took a chance. Plus, I just had to have some more silver!  Yucca pallida and this one, Yucca rupicola x pallida, bounce off whatever freeze or drought comes their way. 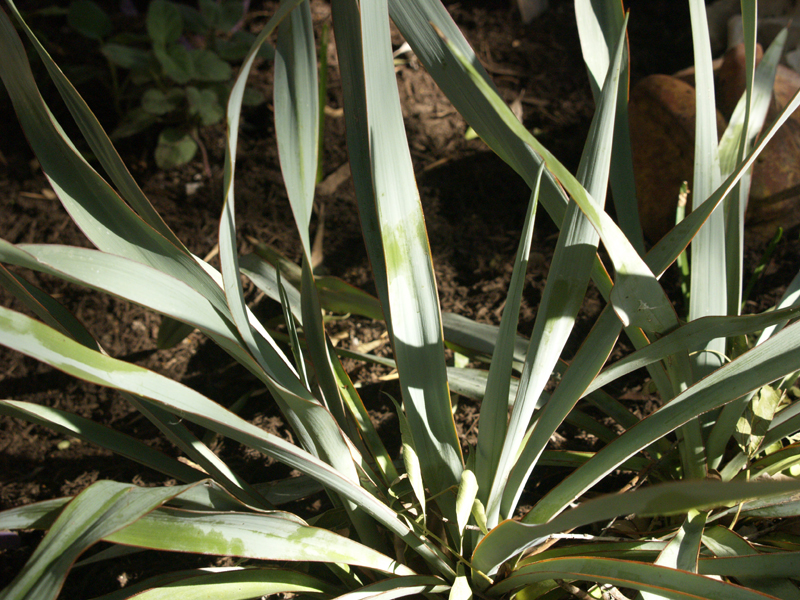 This week on CTG, they’re two of the plants that Tom and Justin Kasulka from Big Red Sun include in their conversation focused on some stalwarts that won’t let you down in trying times. 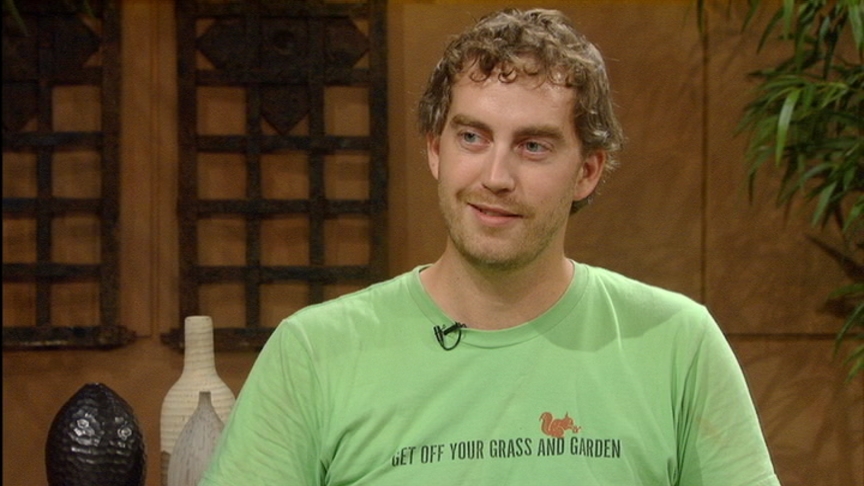 Yes, Big Red Sun is back!  They’ve just moved down the street, ready to share their great ideas with you! 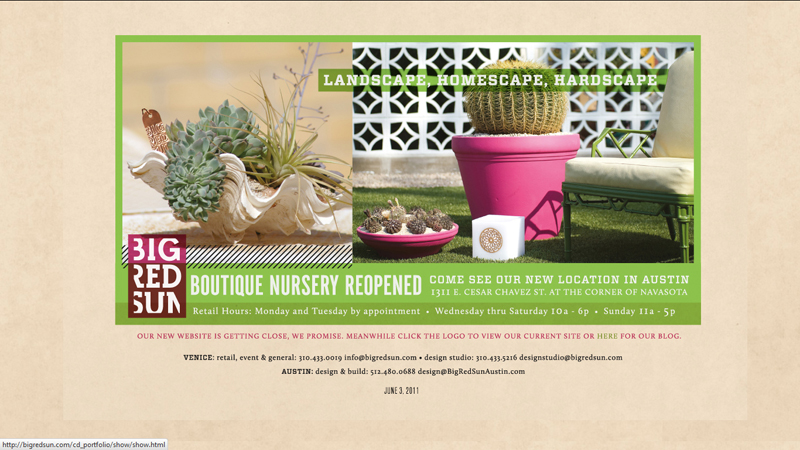 Justin shows off some designs and plants that make it through drought AND freeze. 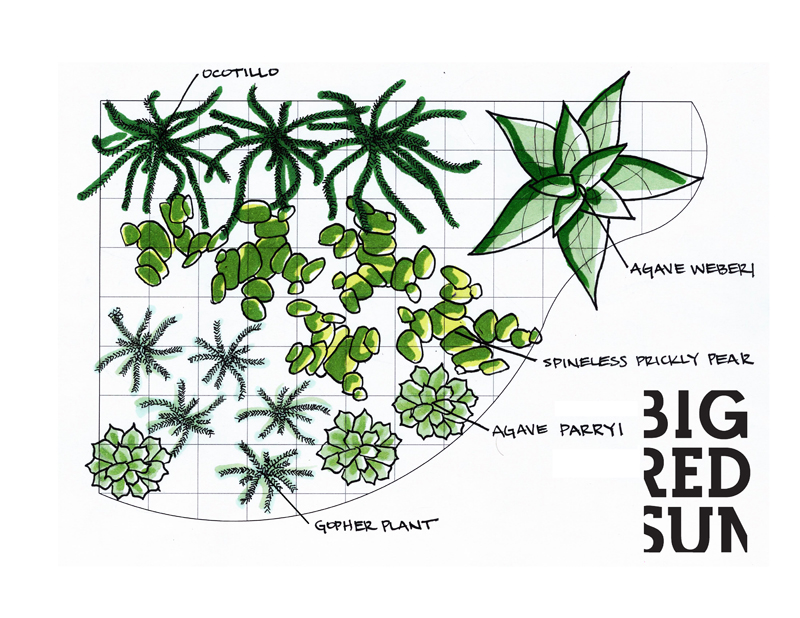 I love this image of one of Justin’s designs: Agave parryi with Knock Out roses and dwarf yaupon. 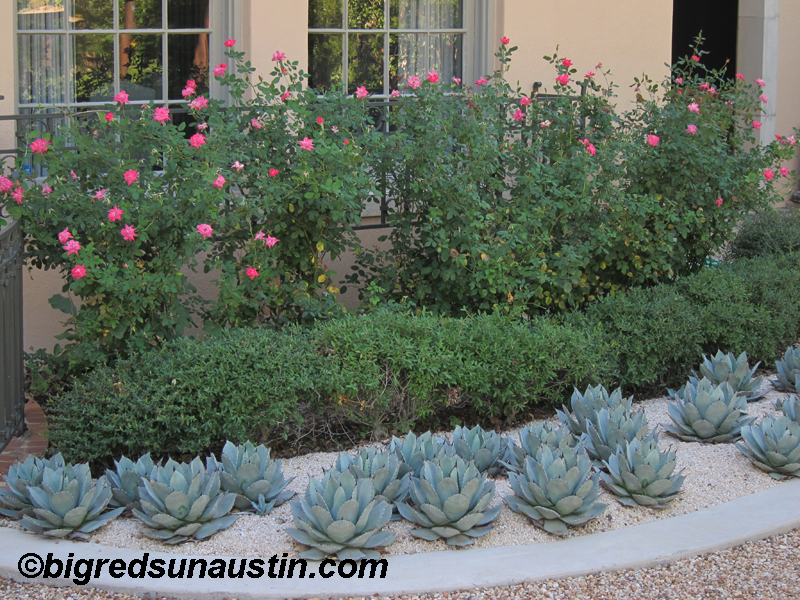 Justin has lots of tips for you!  I was thankful to find out that yuccas aren’t thrilled about being moved, so I was really glad that the guys who fixed my sewer pipe carefully worked around it.

Daphne’s pick of the week is Gopher plant (Euphorbia rigida), a drought tolerant succulent that sniffs at cold, too. It does require perfect drainage, so for me, I would put it in a pot where it can cascade its silver. For you folks on well-drained spots, its form, texture and silver are delicious complements to Justin’s design above or softer upright grasses and flowering perennials. 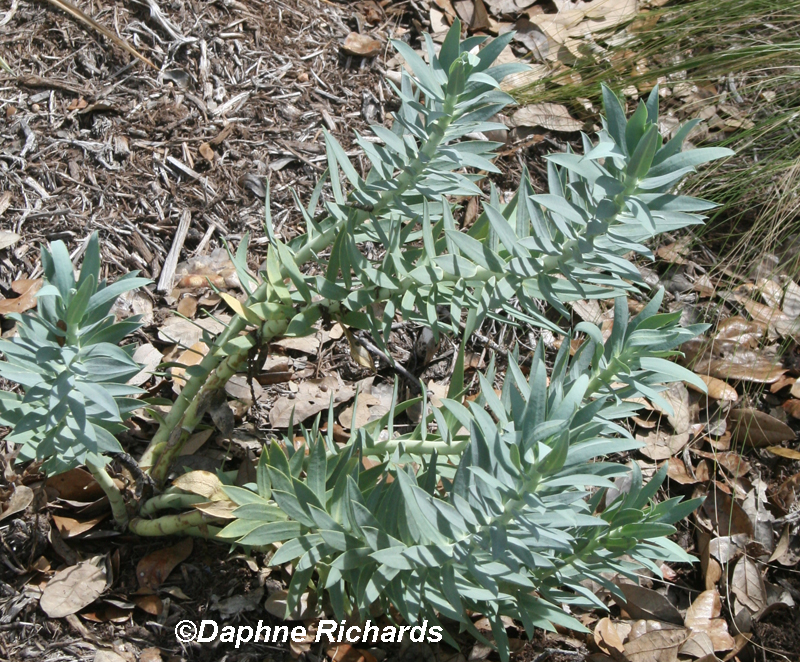 On tour, we head to Mueller to visit Betsy Hilton and Joe Denton, who didn’t give up much when they traded a large rental garden for a National Wildlife Backyard habitat in their new (smaller) digs.  I love Joe’s creativity for a birdbath stand! 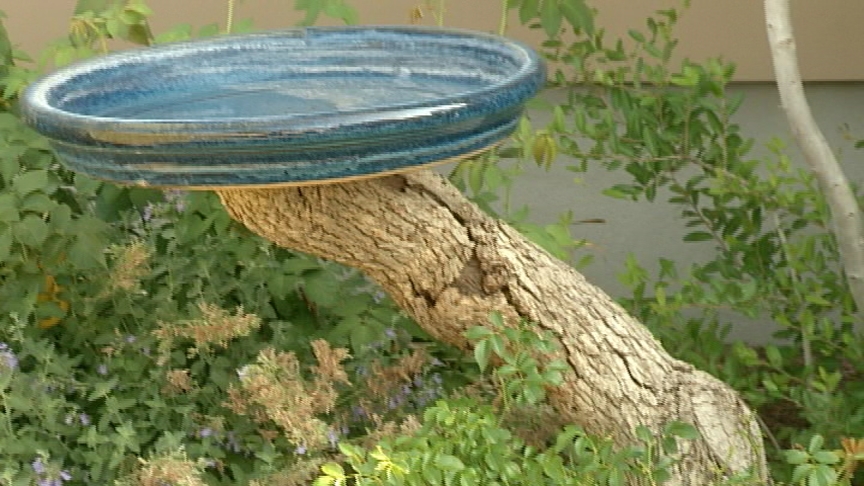 You’ll also appreciate how he and his son took out the backyard grass, dealt with drainage issues and created a multi-tiered garden and convivial space for this neighborhood of true community gardener neighbors. 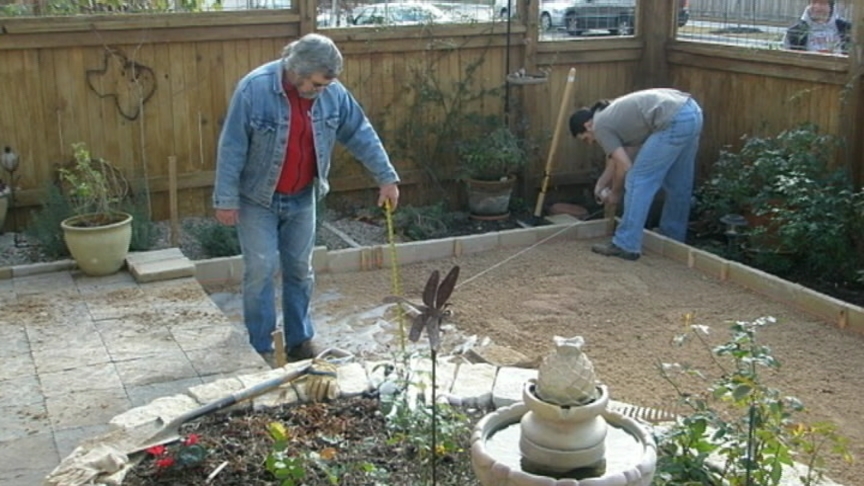 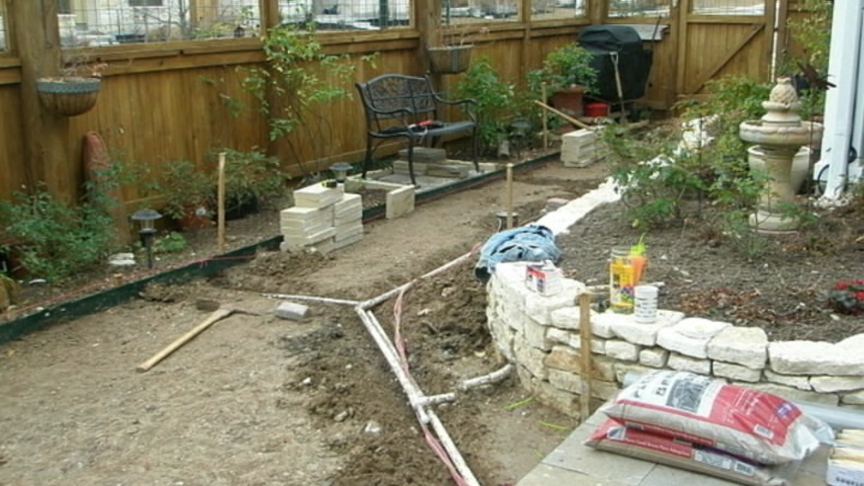 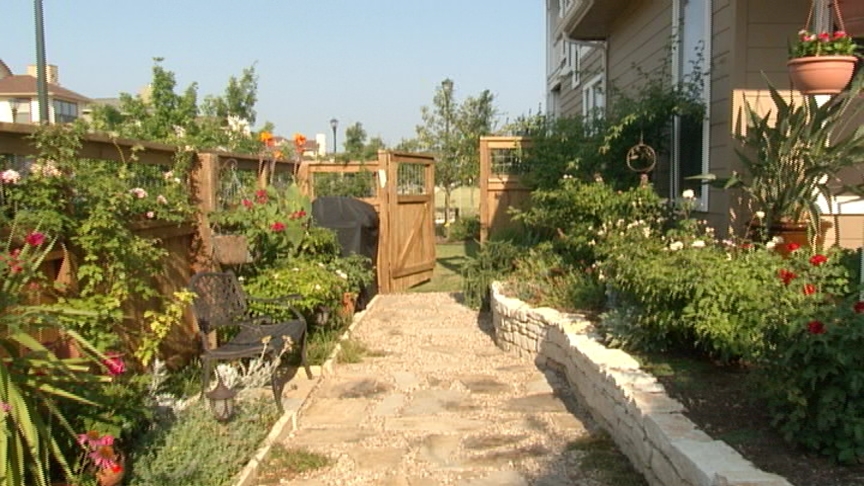 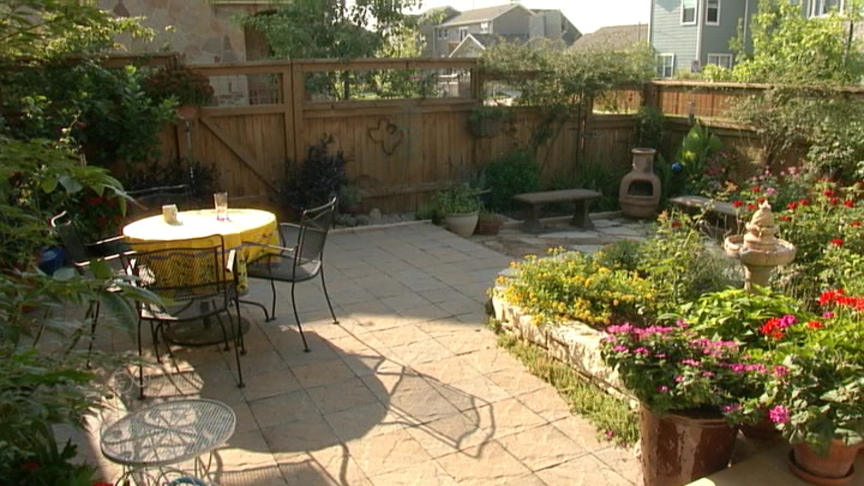 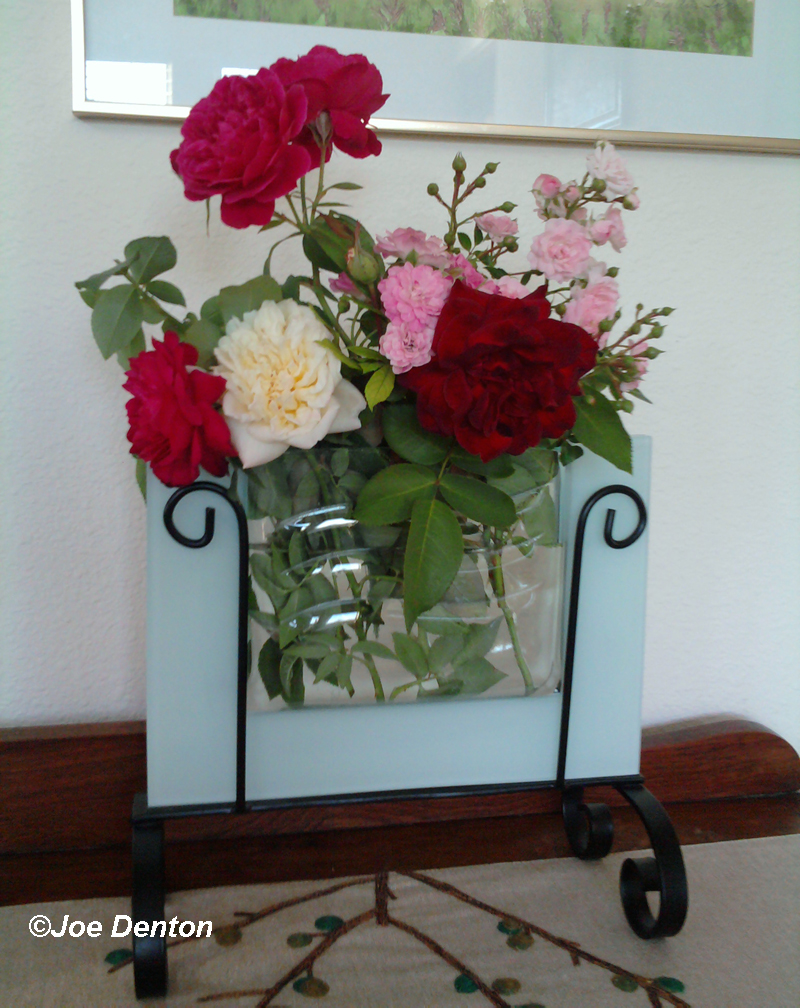 Drought or no, it’s time to plant trees. With hand-watering, it’s much better to establish them in cool weather. But, so many people kill their trees the first day they bring them home. For sure, it can take a couple of years, but it’s easy to avoid future grief with Trisha Shirey’s tips this week, part 1 of how not kill your trees!

Two things I’ll mention from Trisha: Remove burlap and wires from balled and burlap trees. The roots will just wind around and around and eventually suffocate the tree. 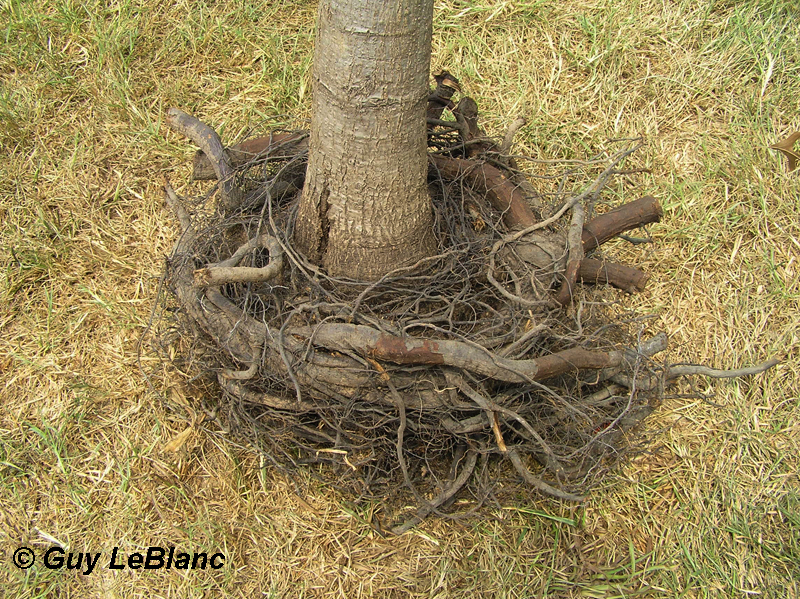 The same applies to container plants with girdled roots. Ideally, leave them at the nursery. Since many do have winding roots, be sure to cut them off and spread them out. 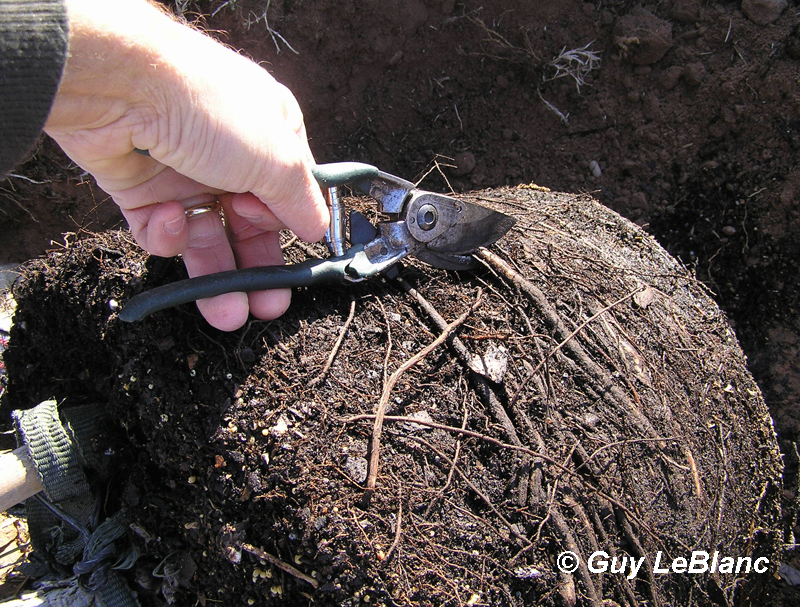 Years ago, I let someone else plant a tree for me (I usually do it myself). It took 7 years for me to learn that the roots were girdled. To make it even worse, it had been planted too deeply—the root flare below ground. It languished for two years before its demise. Figuring it needed more water, I provided it. Finally, I brought in an arborist to analyze it and he gave me the sad truth. So, that’s a painful lesson we want to spare you!

Next, check to see how big the tree will grow to avoid a future collision with power lines. As we all know, the consequences can be disruptive if not downright disastrous. 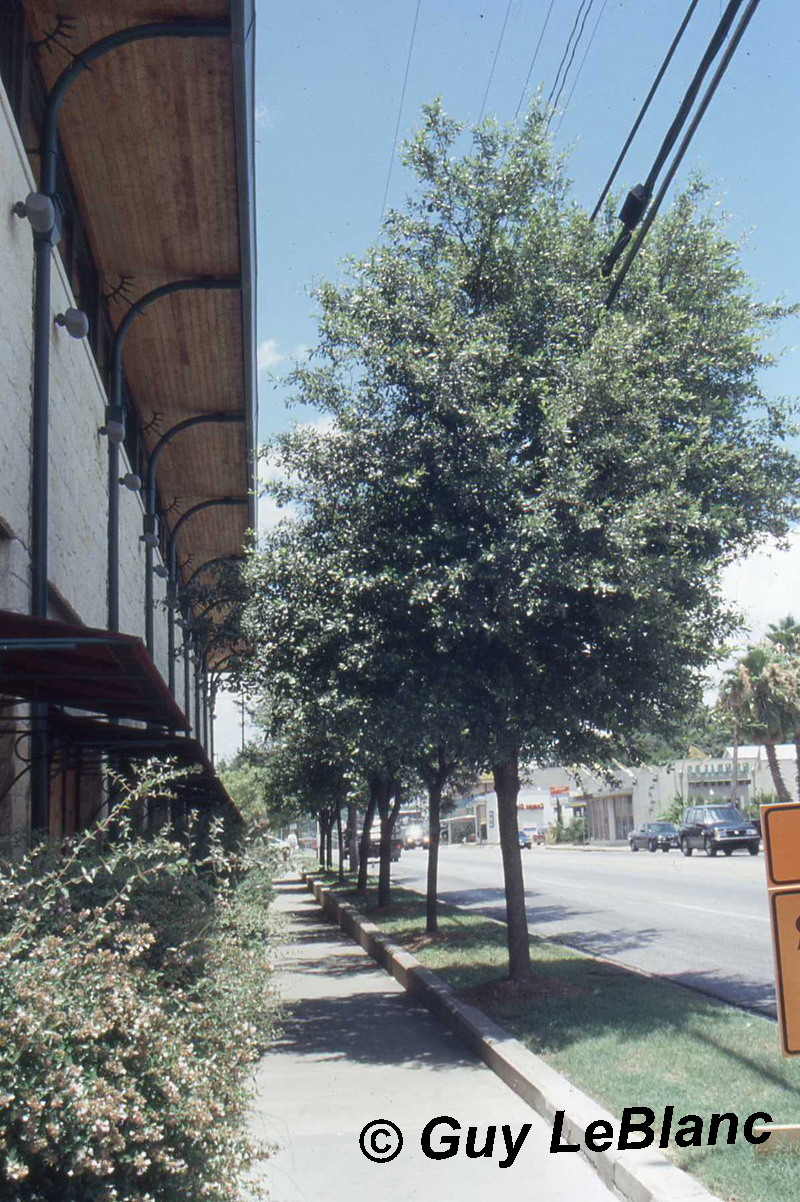 So, what about those lawns? 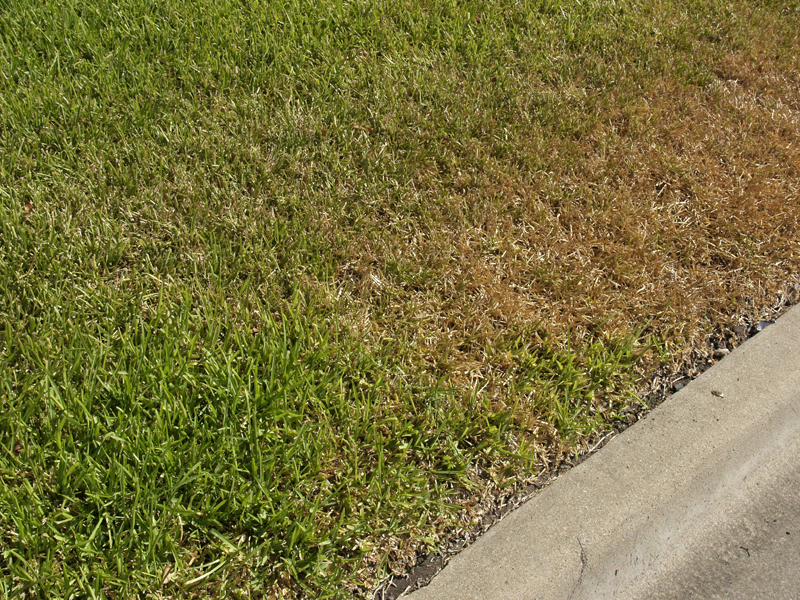 Indeed, this is a hot topic, but well-managed lawns are not off the chart as soothing spaces and play areas for children and pets.  Every fall, we get questions about “winterizer” fertilizer. This week, Daphne answers Mark Banigan’s great question about what that means, when should we apply fertilizer, and should we do it this year?

← New look at lawns, watering tips, plant performance flamboozle
Planting for the future + Pecan trees + How Not to Kill a Tree, Pt. 2 →