Spring works fast in Central Texas. A week ago, my Mexican plum reigned. 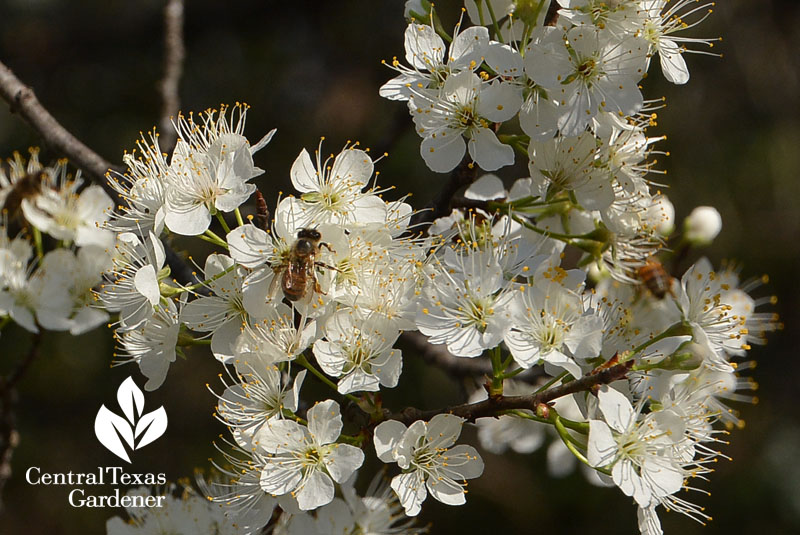 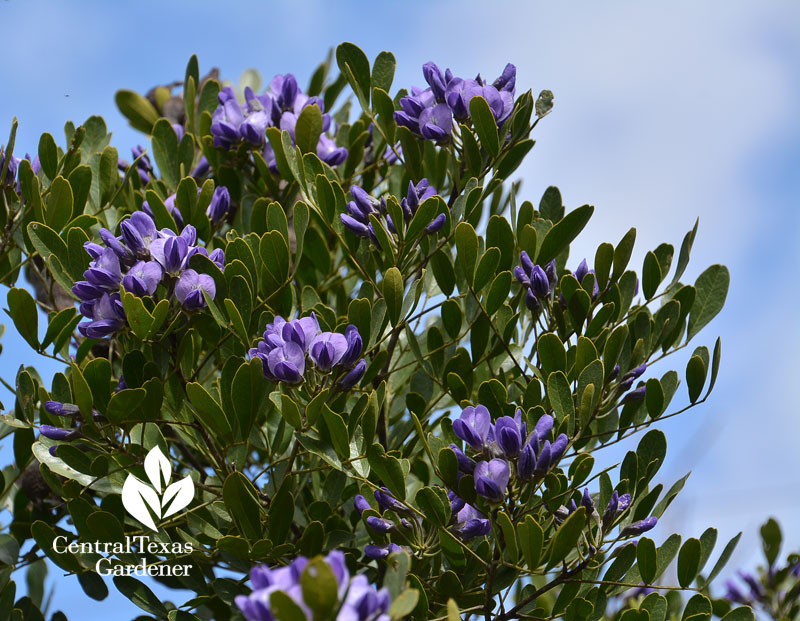 Technically, it’s still winter, as this possumhaw holly knows in the Belo Center for New Media raised beds across from KLRU. Until its spring leaves pump out, it’s a berry nice sculpture. (Update: leaves popped out Tuesday!) 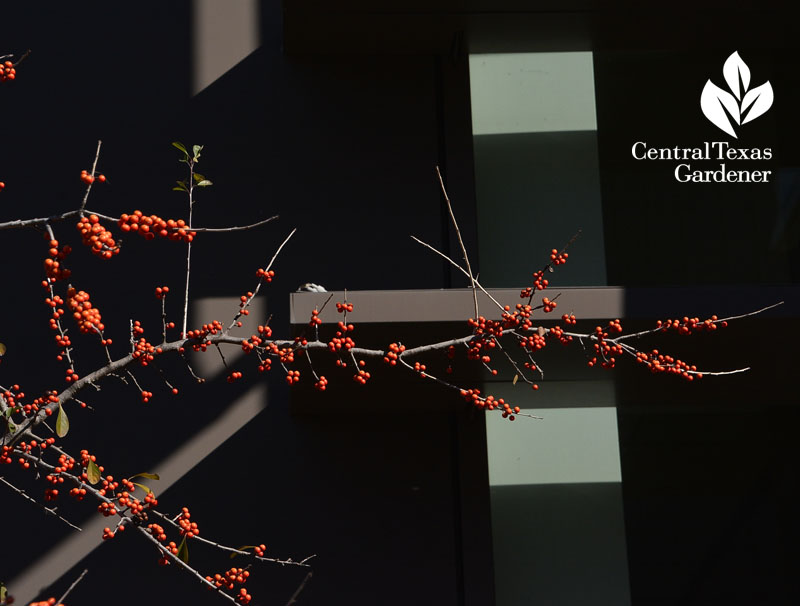 Underneath, ‘Brakelights’ yucca, better than a groundhog, predicts that winter is over as it carries on the red theme through summer. 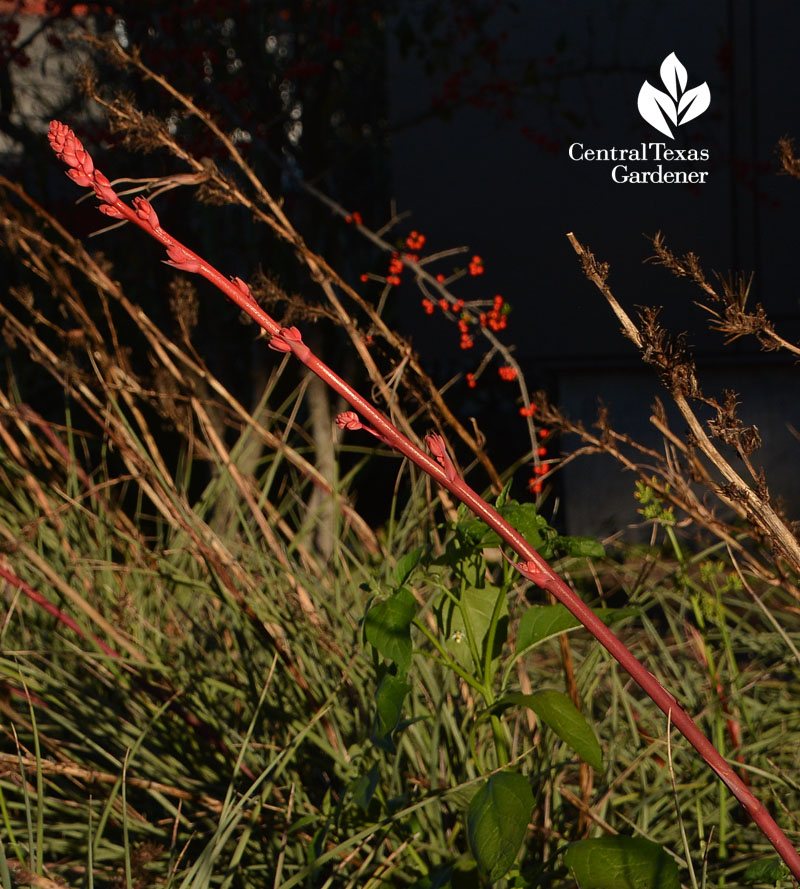 On the way to work, I hit the brakes at El Chilito when I spotted an aloe blooming in this charming succulent raised bed planter. 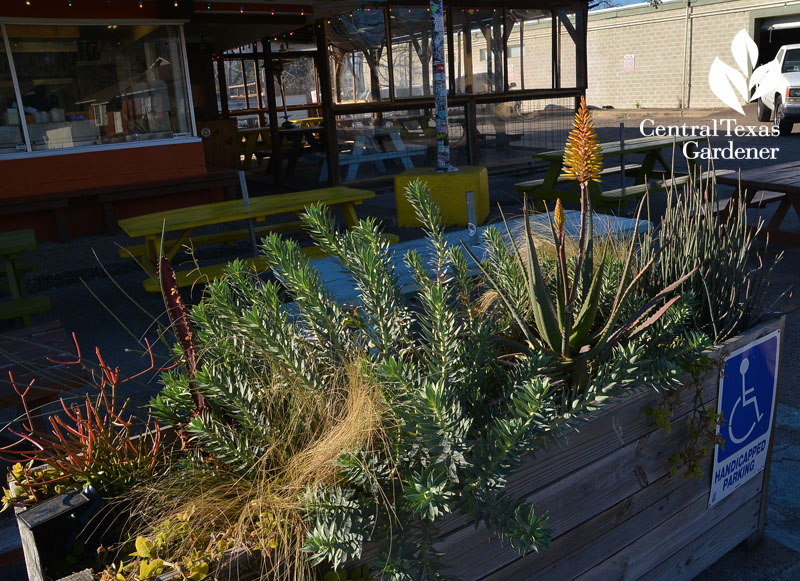 I was so hungry after taking a few pictures that I hauled a taco back to work (of course). 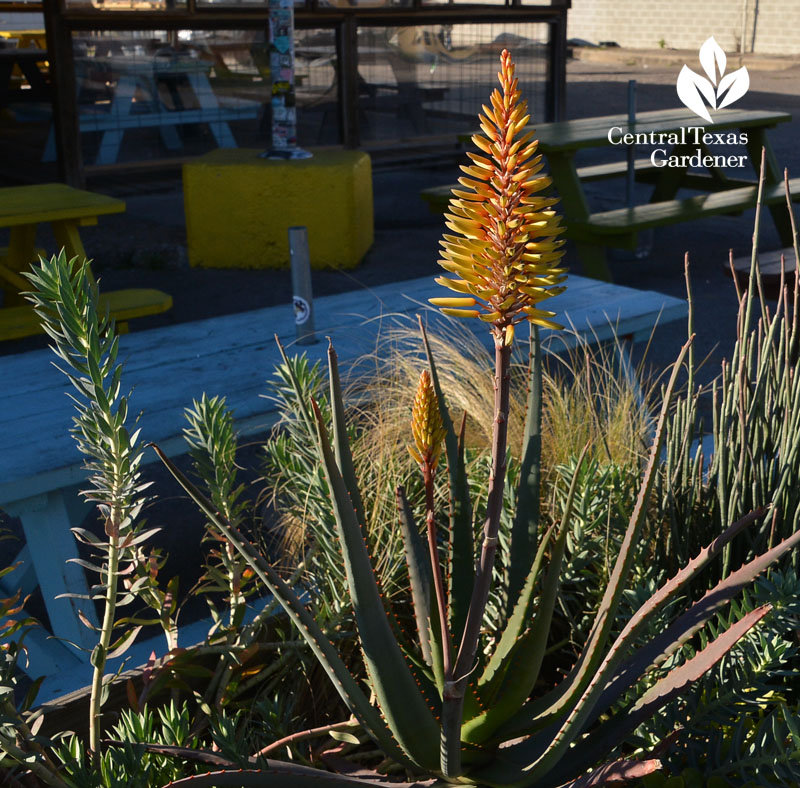 Winter sort of passed us by this year. That prompted gorgeous color duos, like Salvia greggii and cold-weather ornamental cabbage, at the Travis County Extension demonstration garden. 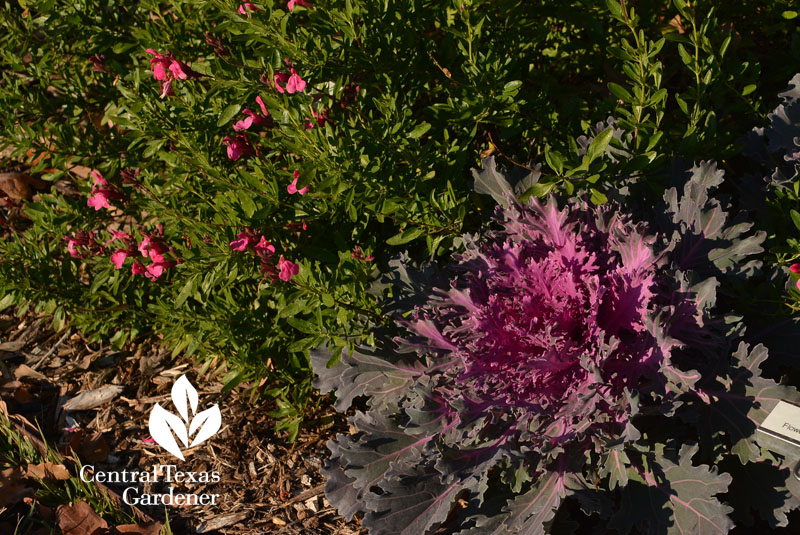 At home, the bulb parade keeps marching! Narcissus Marieke showed up a month early in its second year, so only a third will tell its true story. 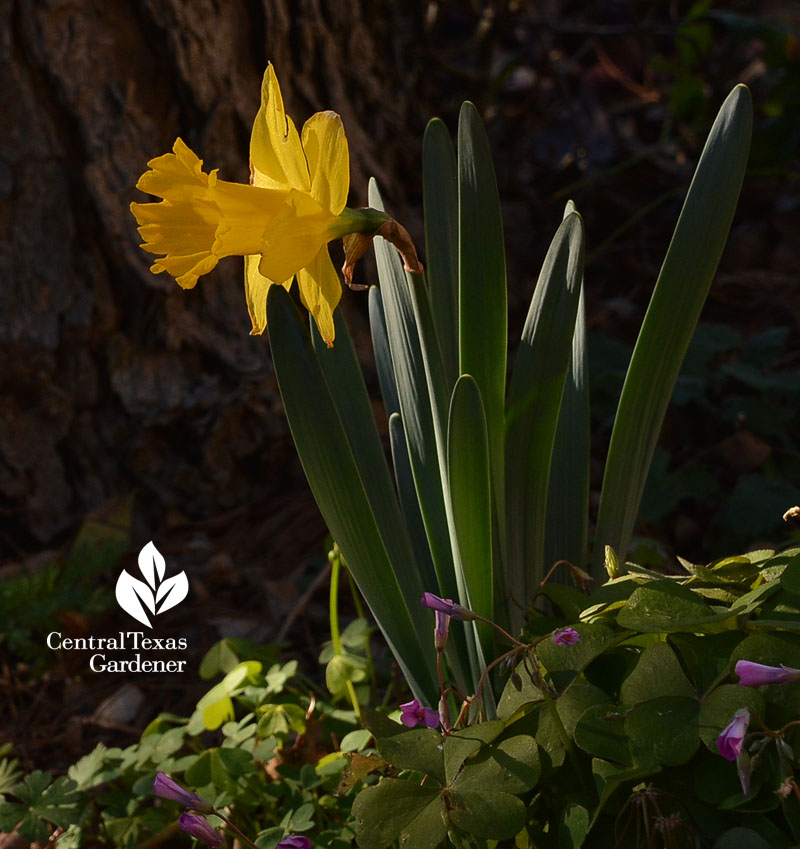 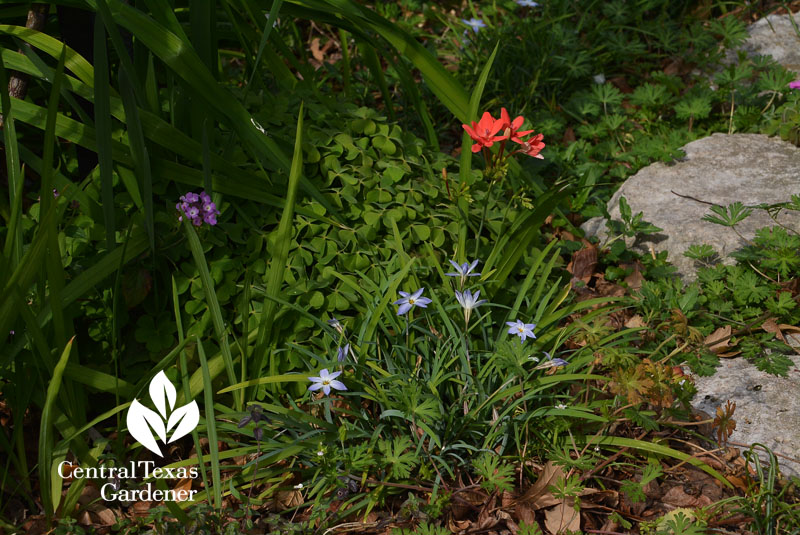 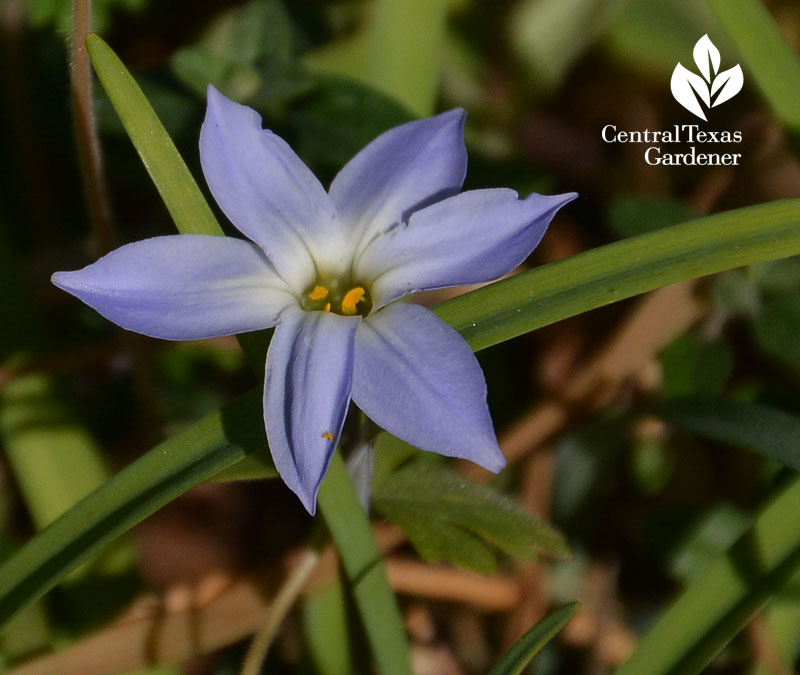 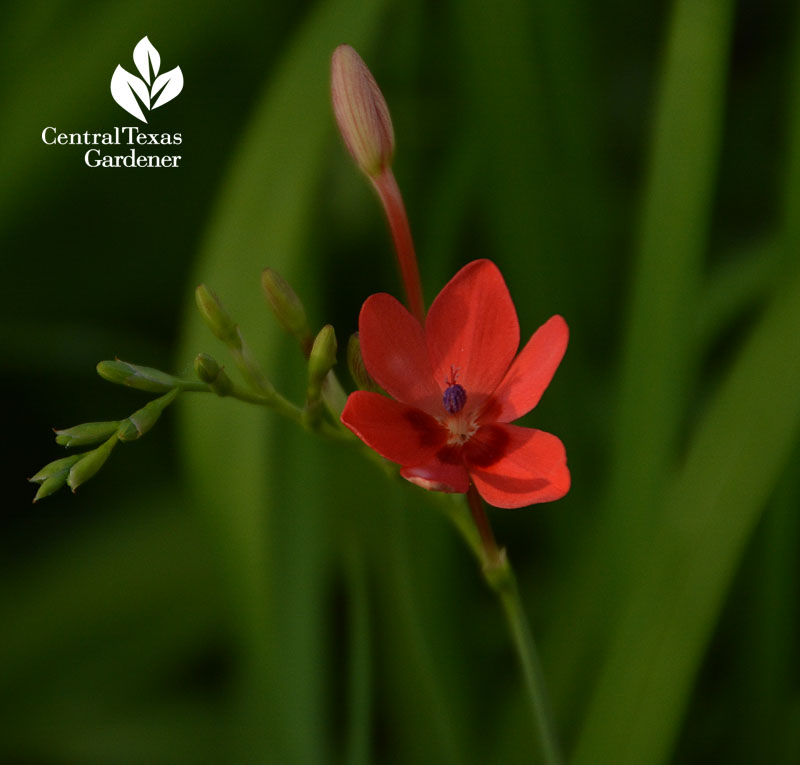 Ah, so much pruning left to do to dense up shaggy plumbago, turk’s cap, and Mexican honeysuckle (Justicia spicigera). 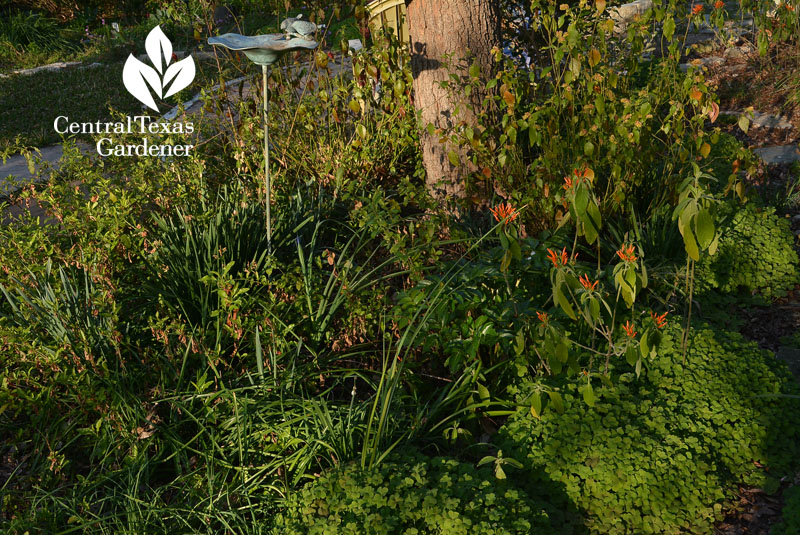 I’ll wait a bit on that Mexican honeysuckle since its flaming flowers are just too good to sacrifice (yet). 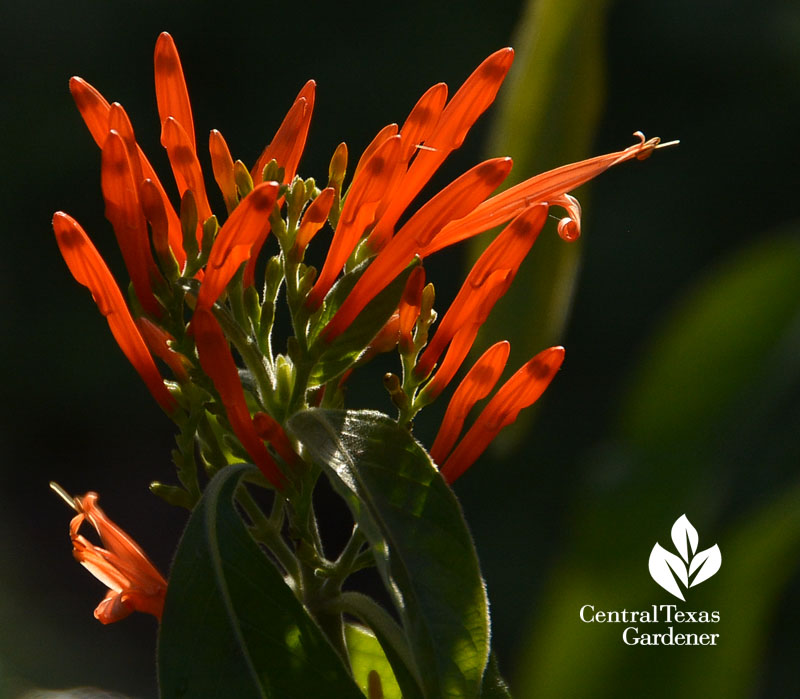 ‘Patrick’s’ abutilon is scheduled for a haircut soon (I’m not convinced that winter is really over). For now, I treasure its pendulous orange lanterns. 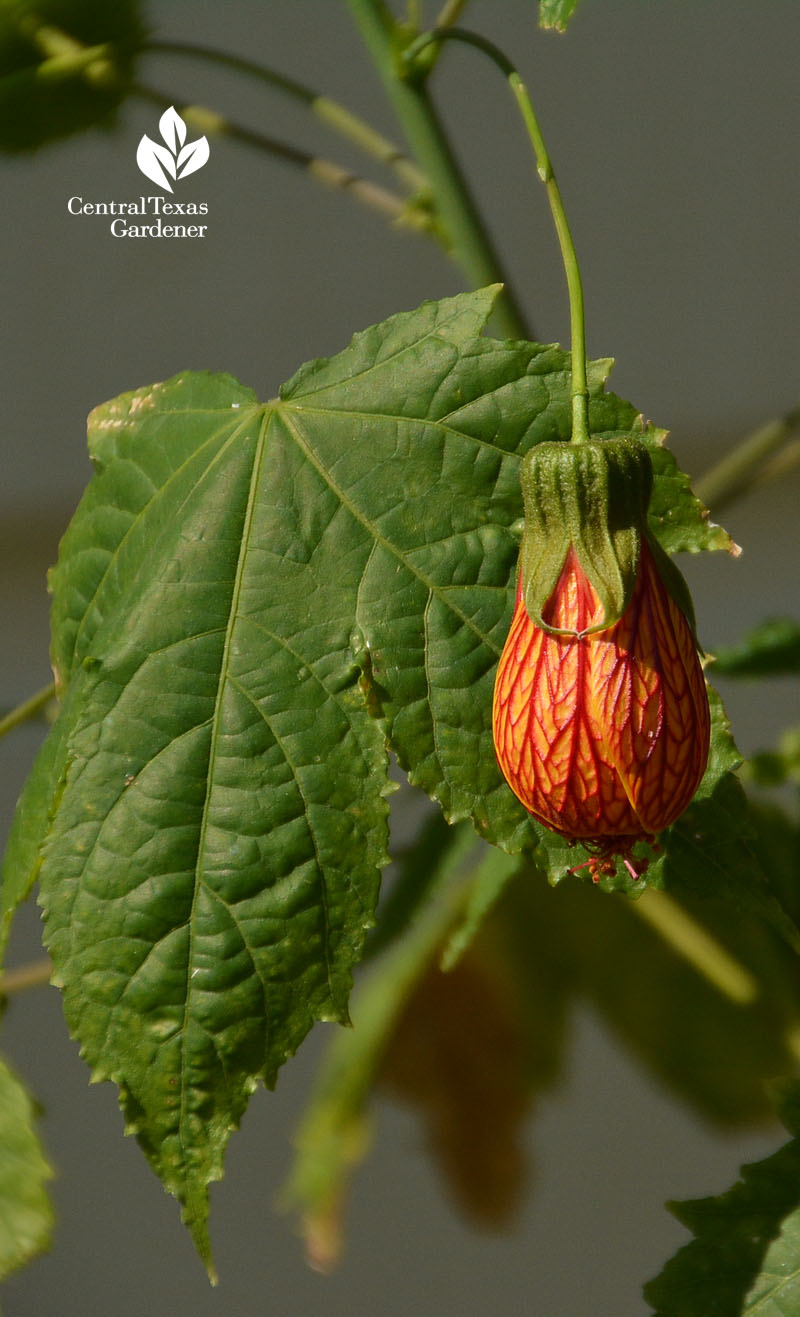 The bees and I love all my oxalis, but I’m so glad I snagged this yellow, ‘Scotty’s Surprise’ (Oxalis pes-caprae) a few years ago. I’ve been dividing it to great success. 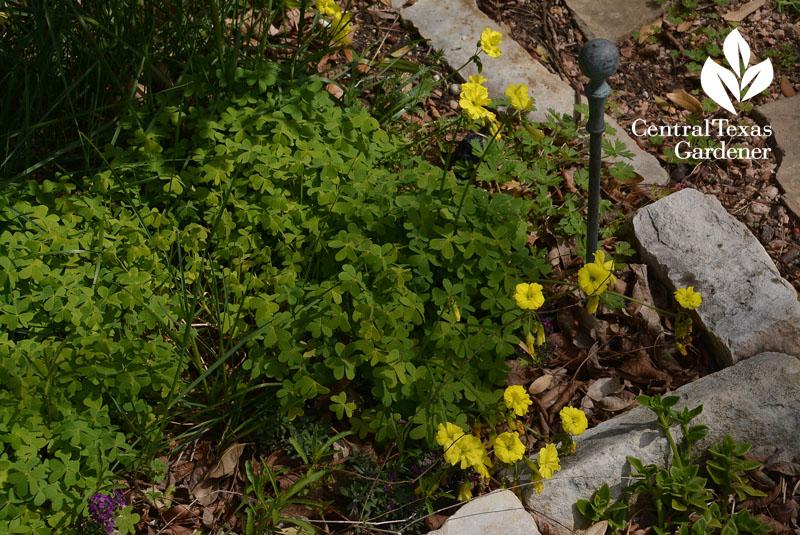 In this morning sun bed behind the mountain laurel, this week’s arrivals include annual re-seeding baby blue eyes and perennial golden groundsel. 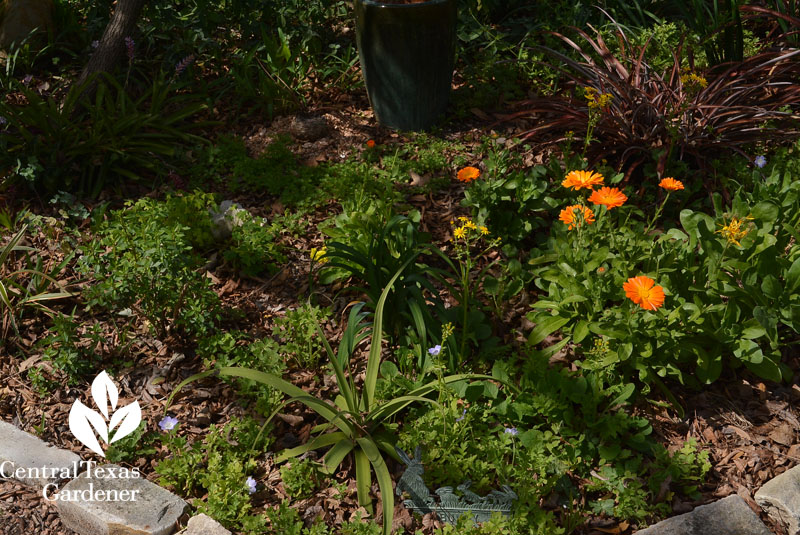 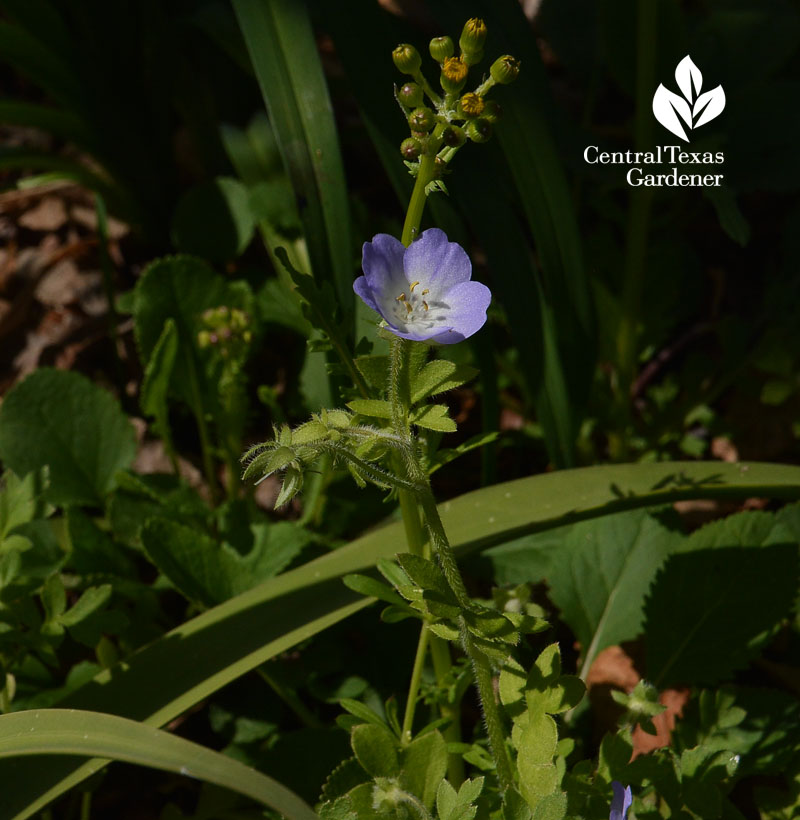 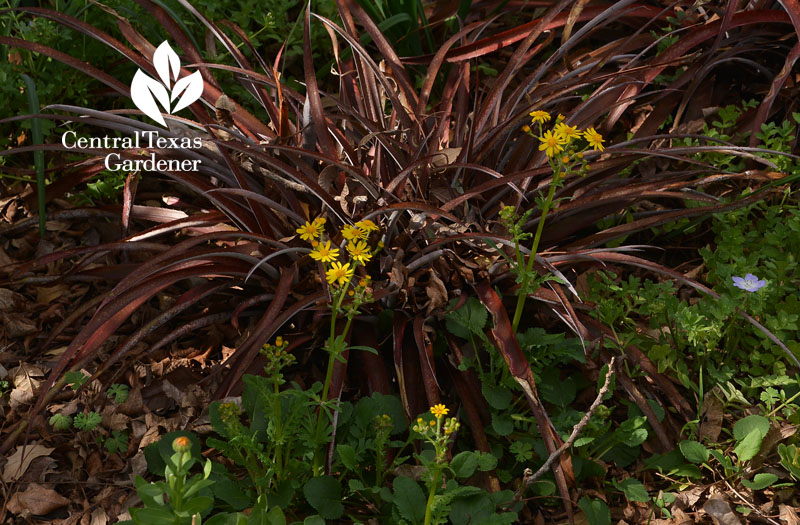 In case you missed it, this week we repeat our inspiring interview with Jenny Peterson, author of The Cancer Survivor’s Garden Companion: Cultivating Hope, Healing and Joy in the Ground Beneath Your Feet. 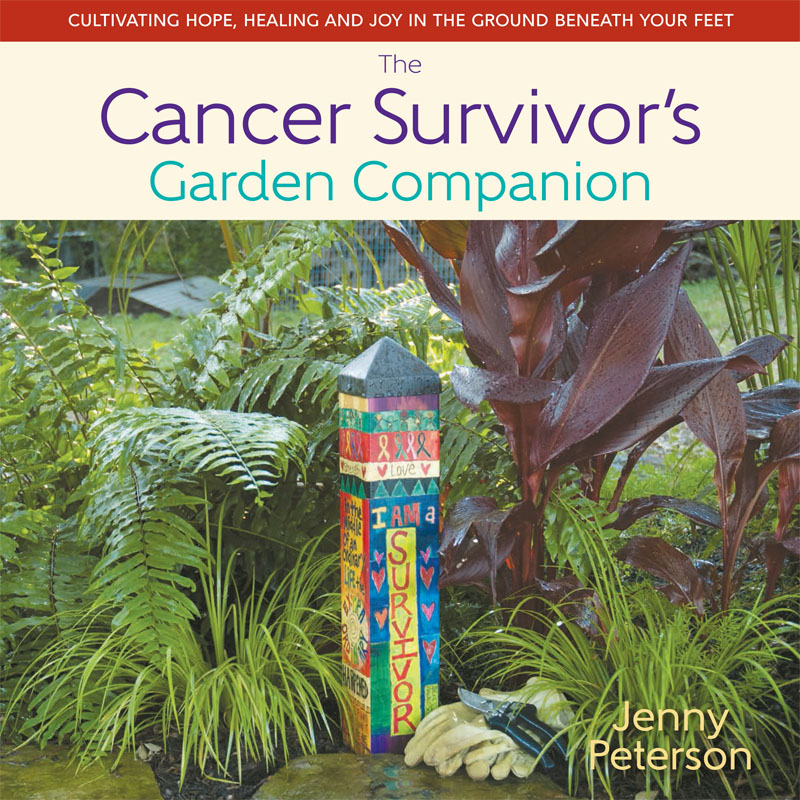