Wondrous Wanderings at the Wildflower Center 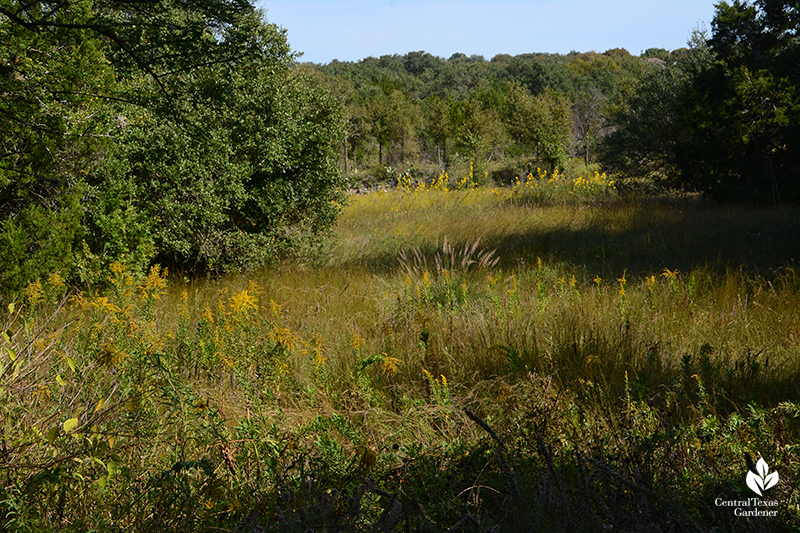 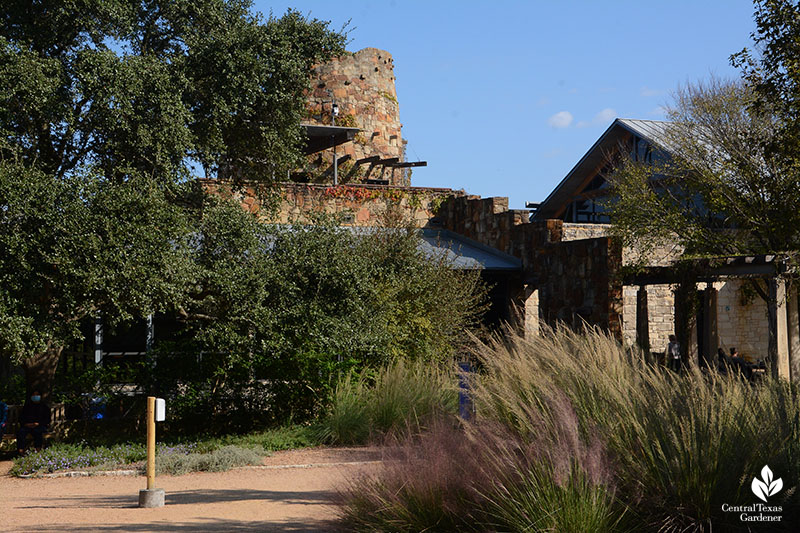 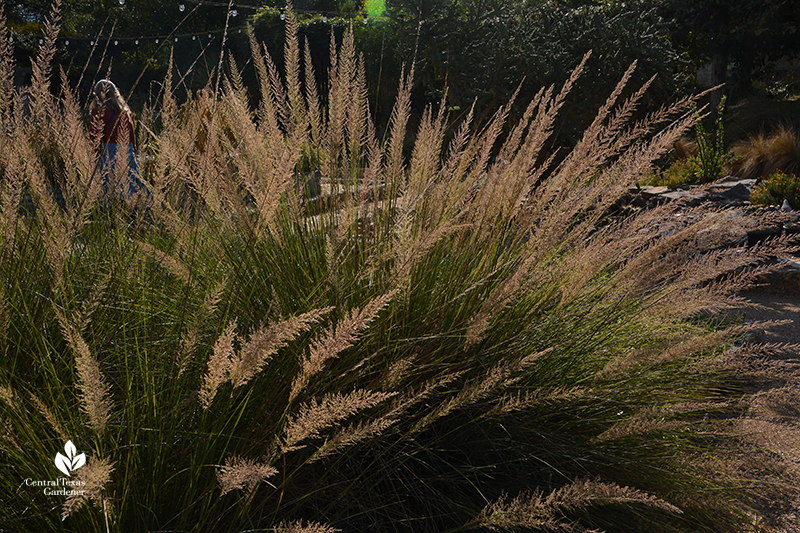 Until our front garden got too shady, it was my husband’s favorite view as he rounded the corner on our curvy street. Clustering in groups or rows magnify their grandeur. Evergreen most of the year, muhly grasses make great “hedges” to dignify spaces, too. 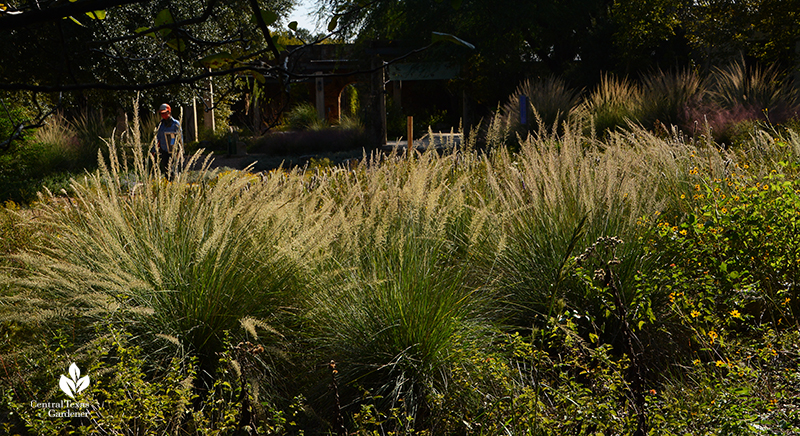 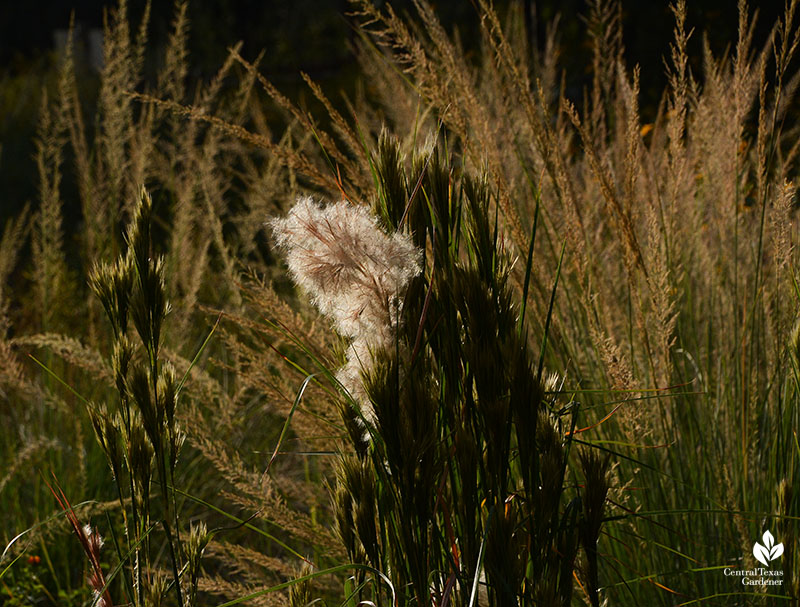 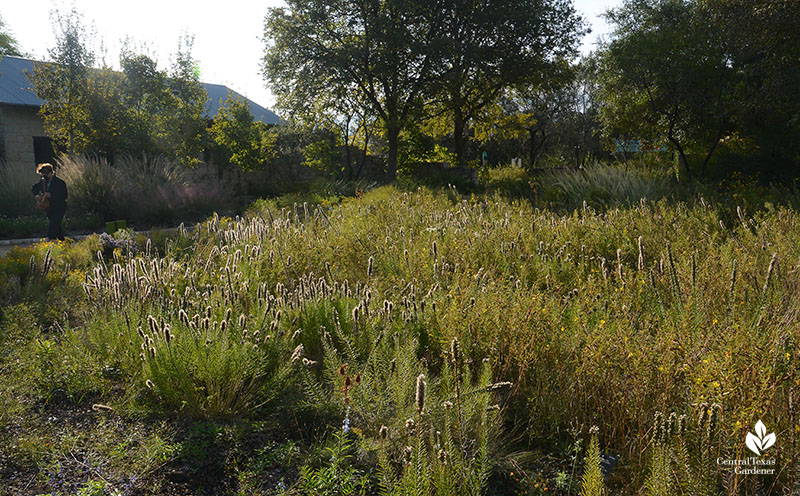 Just across the path, a few spikes hang onto the last of the deep lavender flowers. 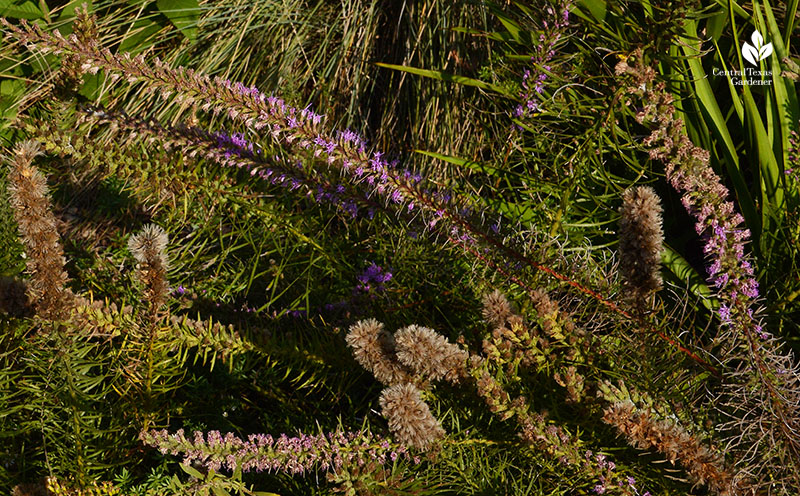 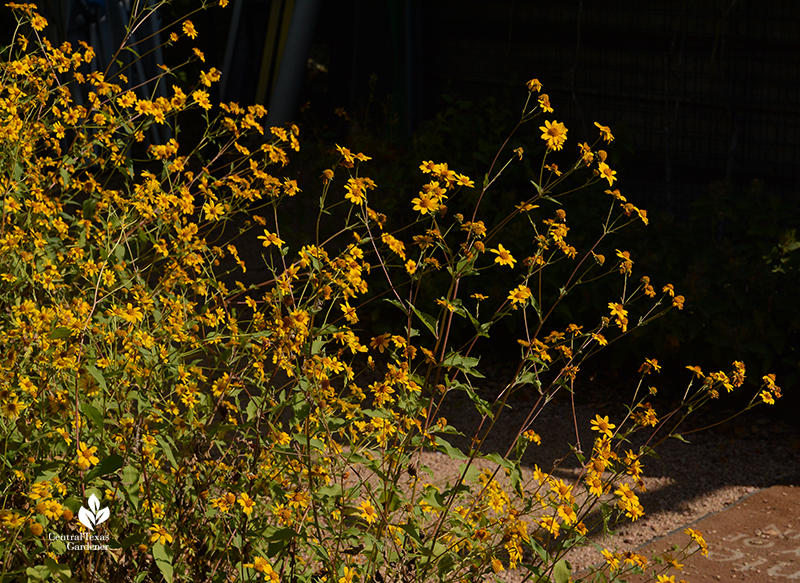 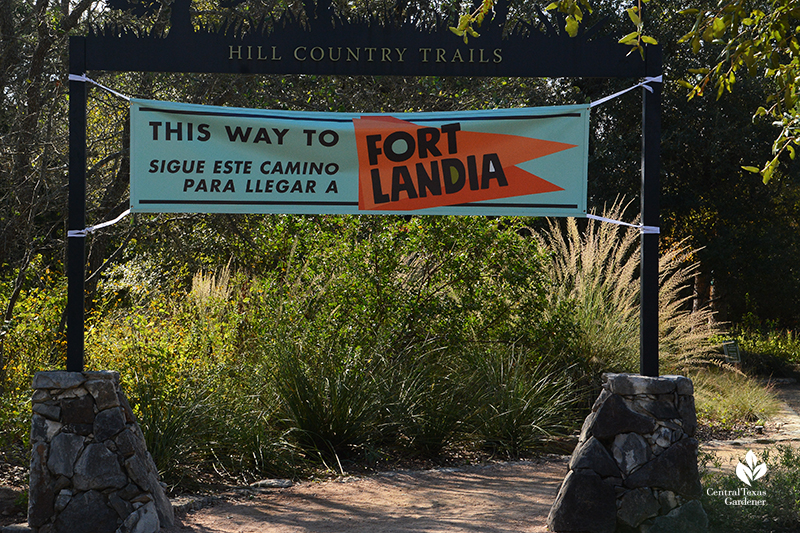 Since Fortlandia lasts until January 31, I’ll race past her another day to adventure on custom-designed forts designed and built by local architects, designers and artists.

In my two-hour reservation slot, this time I took the path to the demonstration gardens that illustrate compatible choices to plant at home. In the Habiturf® plot, short grasses, like blue grama, wave tiny wands. 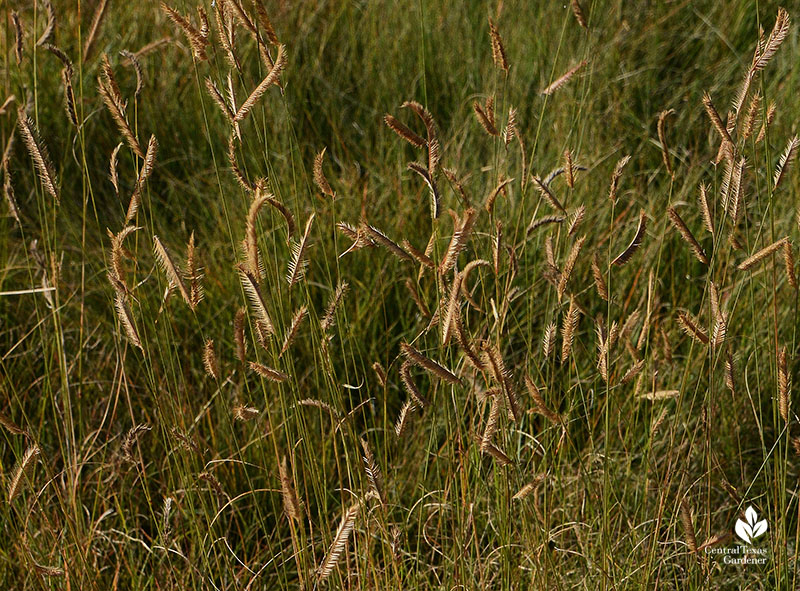 Buffalograss and curly mesquite join the Habiturf® mix to illustrate a drought-hardy lawn in sun. 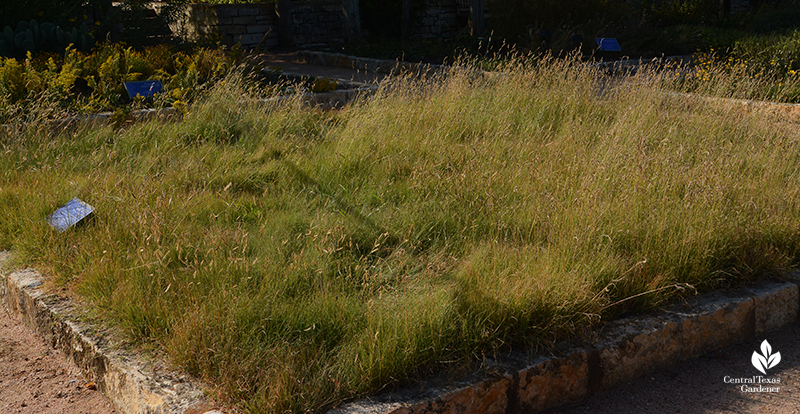 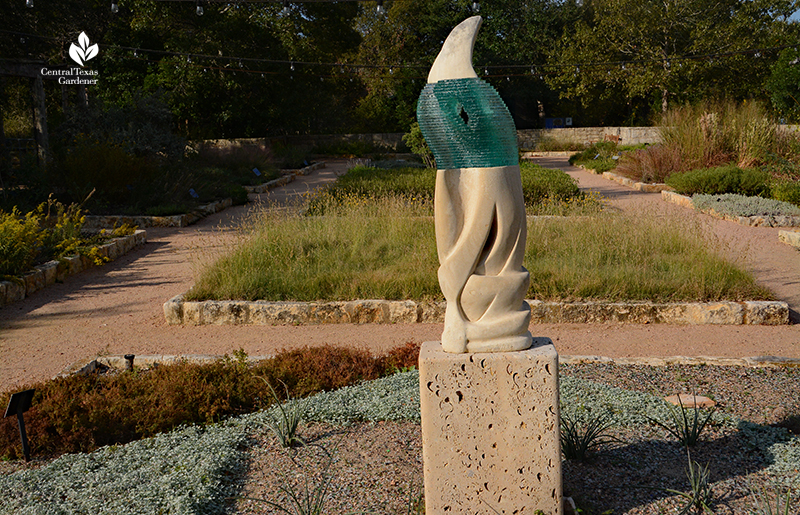 Indeed, it is a study in light. Below its pedestal, geometrically pruned native silver ponyfoot, framed by glass nuggets, reminisce of silvery pools. 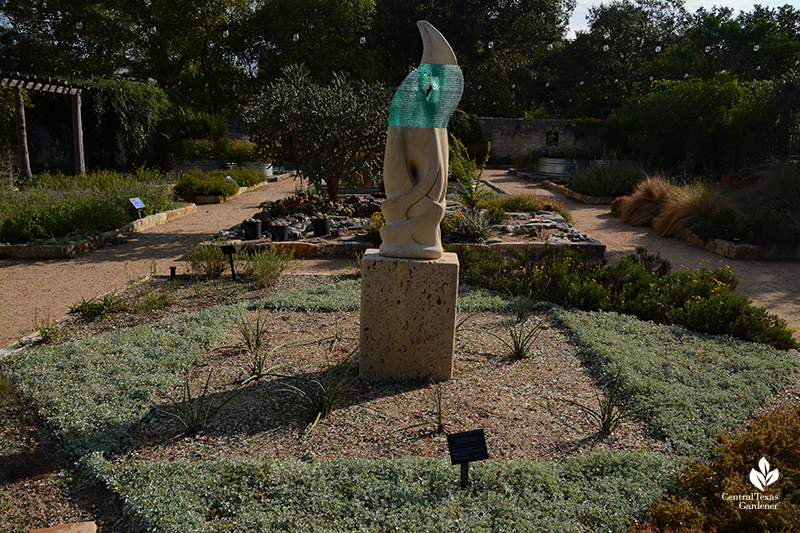 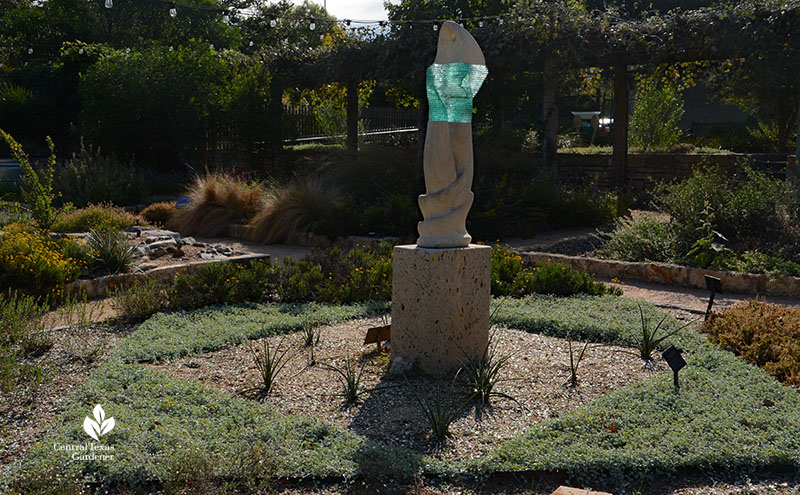 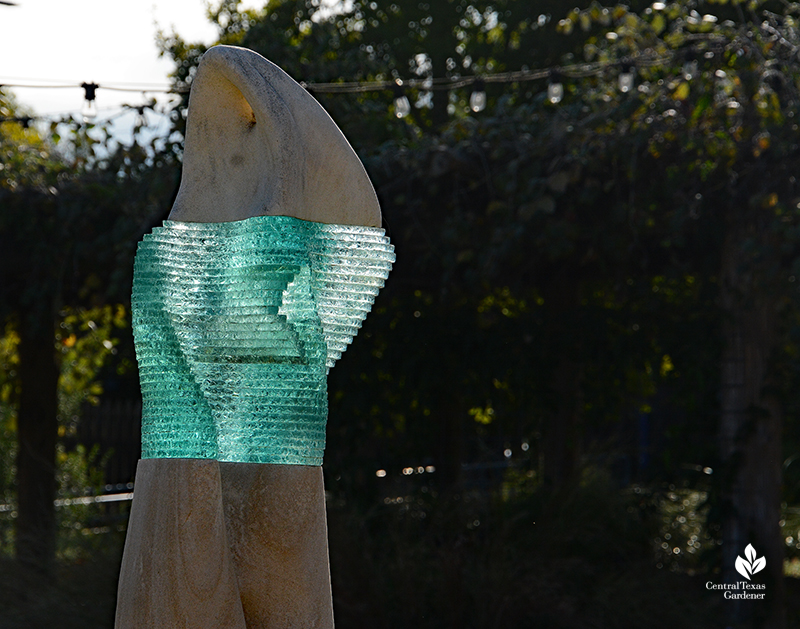 Black dalea also hugs the ground, spilling over its limestone border with tiny purple flowers for
crowds of bees. 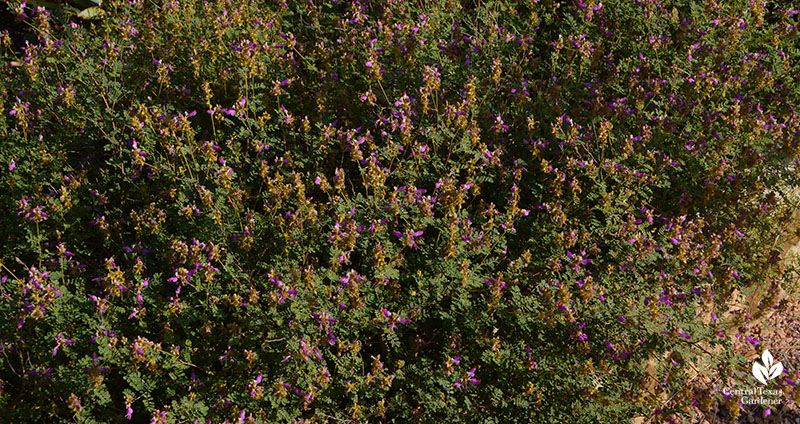 Stately Maximilian sunflower screens a shady passageway where a cozy bench invites a break to watch pollinators zoom to those supersized flowers. 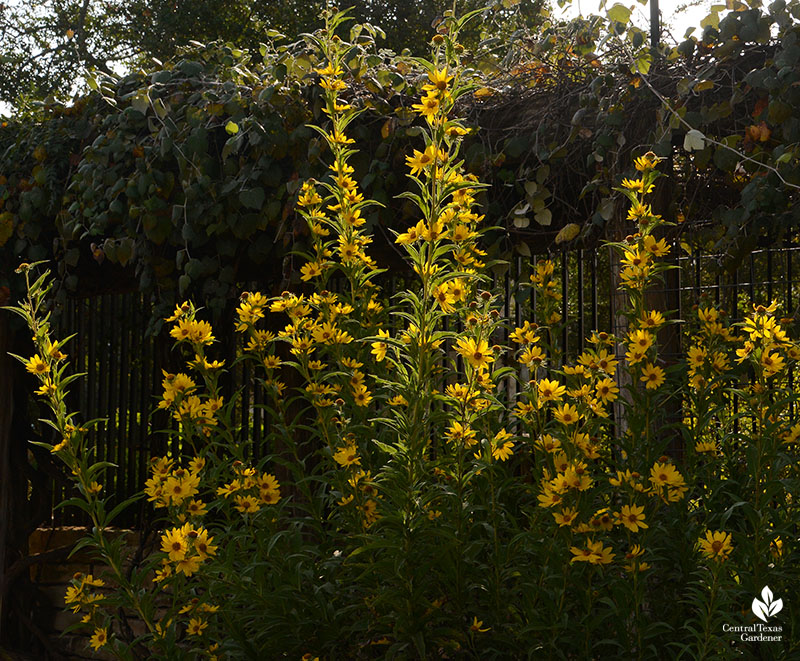 It’s also the fall standout in the Fiber & Dye garden, along with low-growing, frothy prairie goldenrod (Solidago nemoralis), prickly pear and others. And in case you’ve heard the myth, it’s not true that goldenrod causes those fall sneezes! 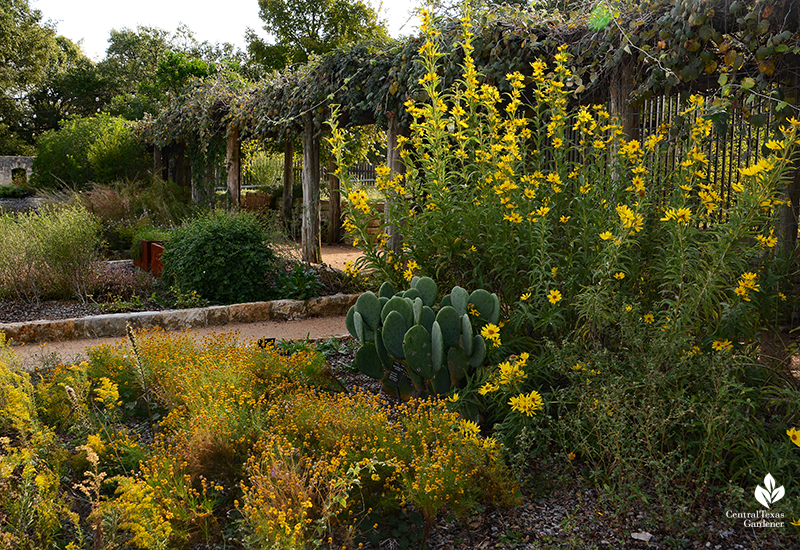 Stock tanks bring another geometrical and height dimension to the rectangular layout. Aromatic aster’s one of their ambassadors to bees, butterflies, and many other pollinators. 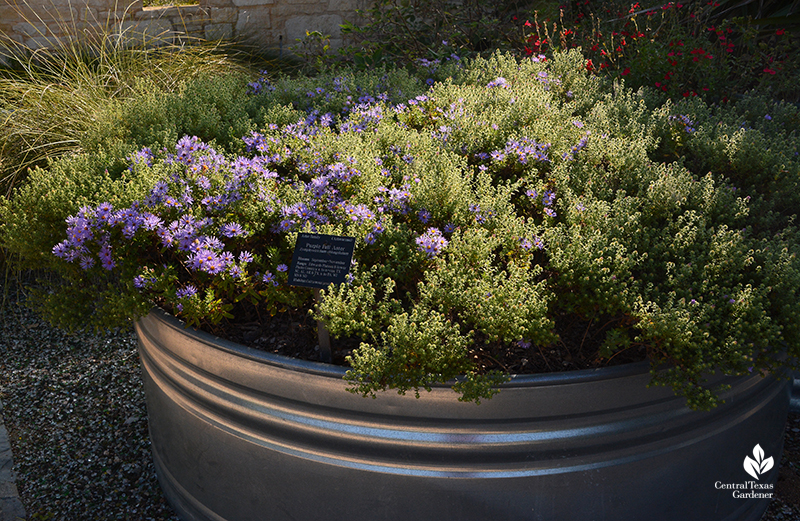 And what a thrill to find airy annual wild aster (not sure which one) tucked into another spot. These used to pepper my garden and now and then they pop up again. 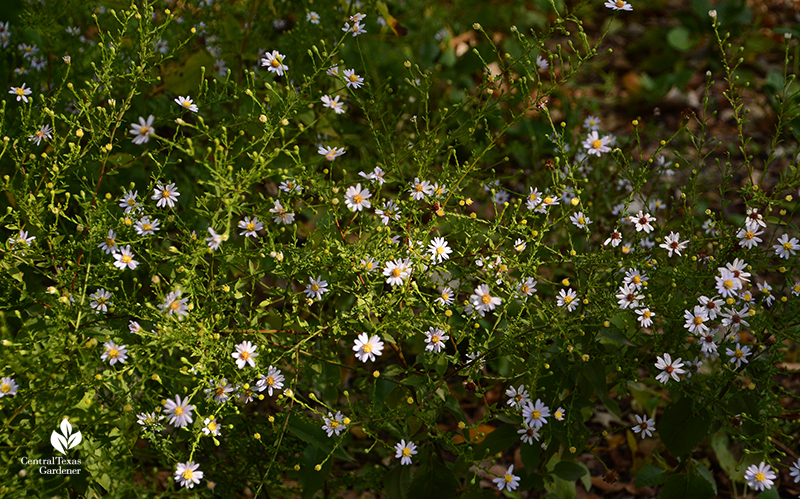 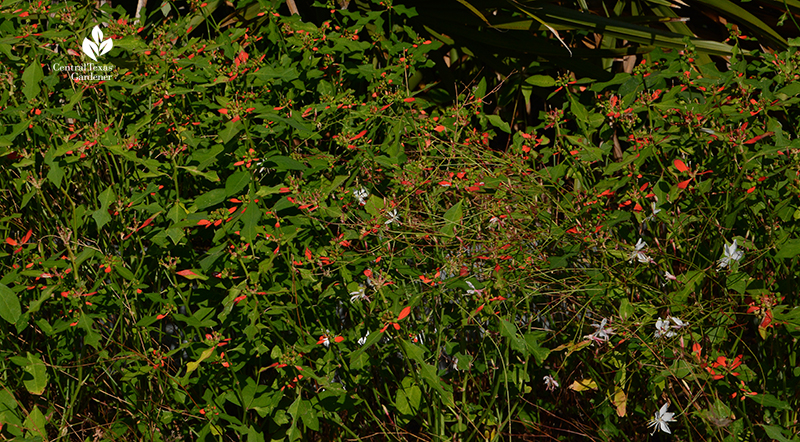 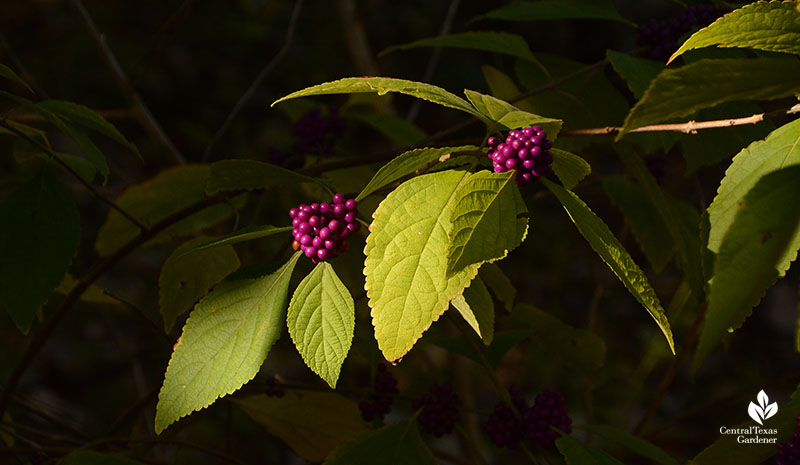 There’s lots of wonder (and peaceful thoughts) along the streams, ponds, and waterfalls. But I never expected to see a blooming crinum lily in the entrance waterfall and pond! 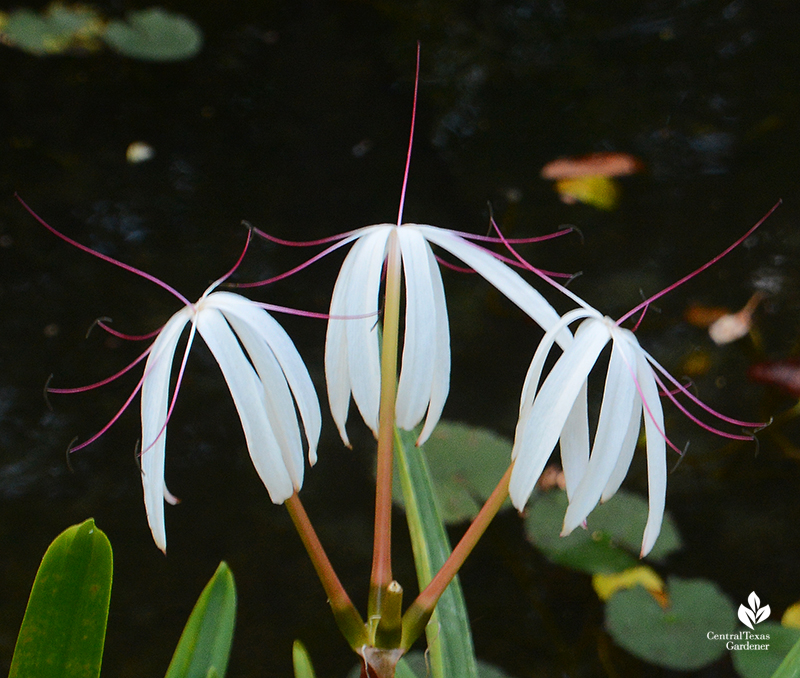 Reservations are required for now, but it’s easy to do! Wonder awaits. 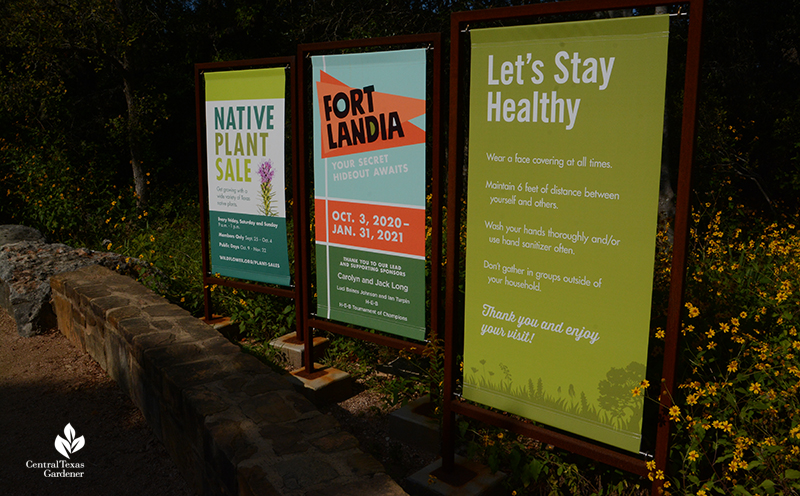 ← Waterfalls, Wildlife, and Drinks: Cosmic Coffee + Beer
Treats and a Few Tricks from the October Garden →