National Pollinator Week may be June 20 – 26, but my neighbors and I celebrate all year. No doubt we share a few bees, like the ones thronging his Yellow Bird of Paradise (Caesalpinia gilliesii). 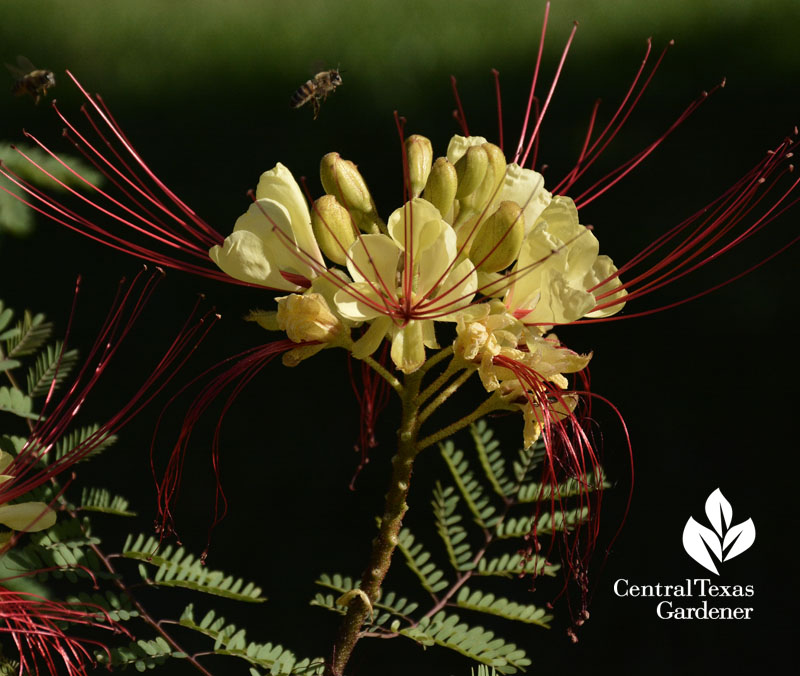 Oh my, here we go again! Brutal heat quickly dried up that drenched soil, and unrelenting sun beats down after weeks of clouds. My mature Dicliptera suberecta, beloved by hummingbirds, sulks by late afternoon. 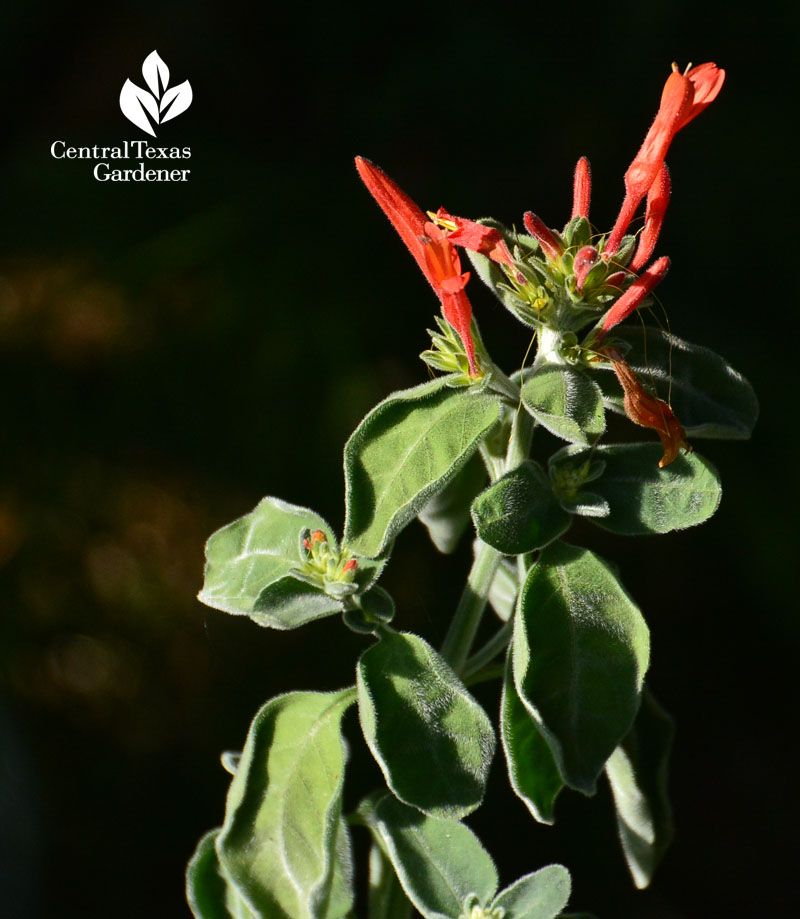 I’ve never lost one, but they do appreciate weekly irrigation in hot, dry times. If you’ve recently planted, water whenever they wilt in morning.

To keep our plants out of trouble this summer, this week Ginger Hudson nails the most common culprits of plant woes. 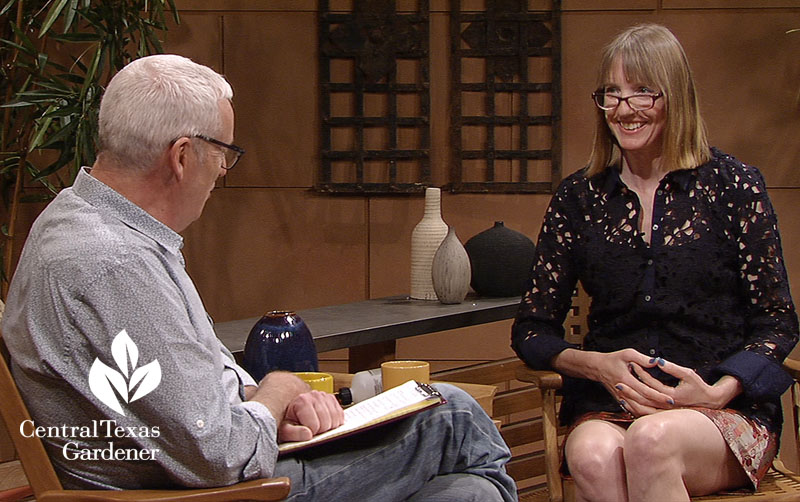 And yes, one big problem (raise hand here) is forgetting to water new transplants! Frequently. Make sure that water gets down past and beyond the root ball. It takes longer than you think, so drench, stop, drench again. Here’s Ginger’s example of what happened to neglected ‘Will Fleming’ yaupons, a pricey mistake! 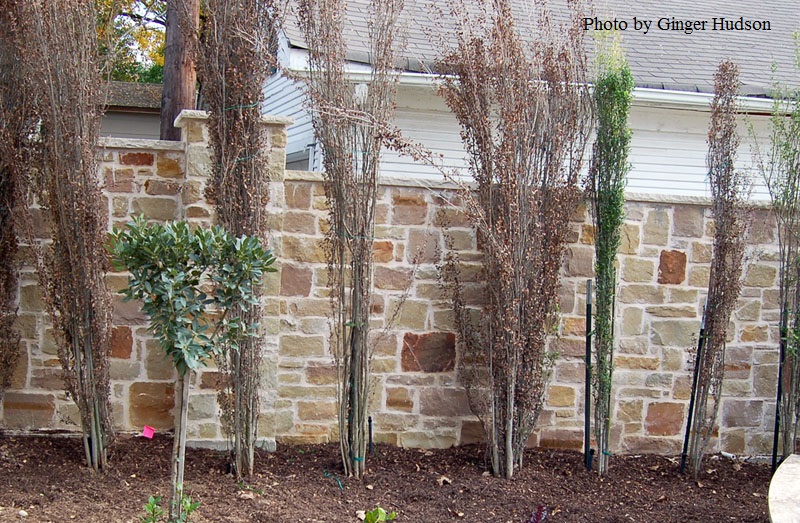 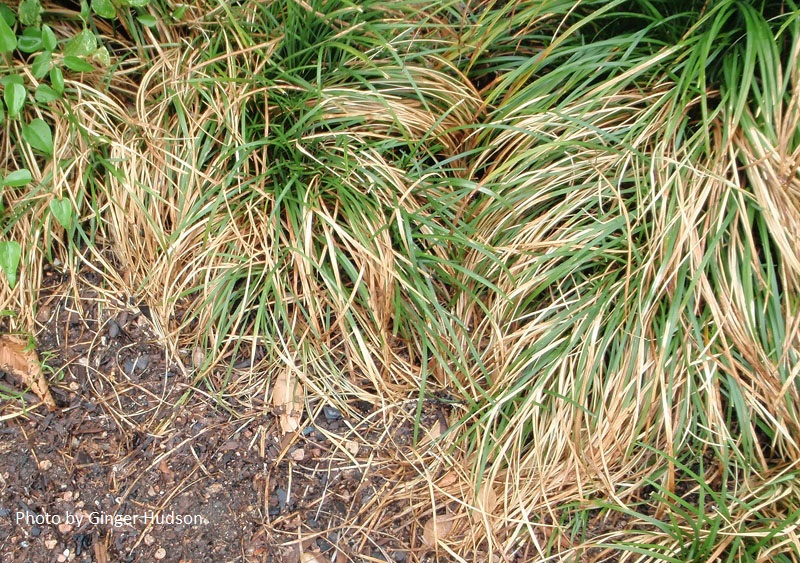 Here’s sun scald on ‘Little Gem’ magnolia to help identify it on your various plants. 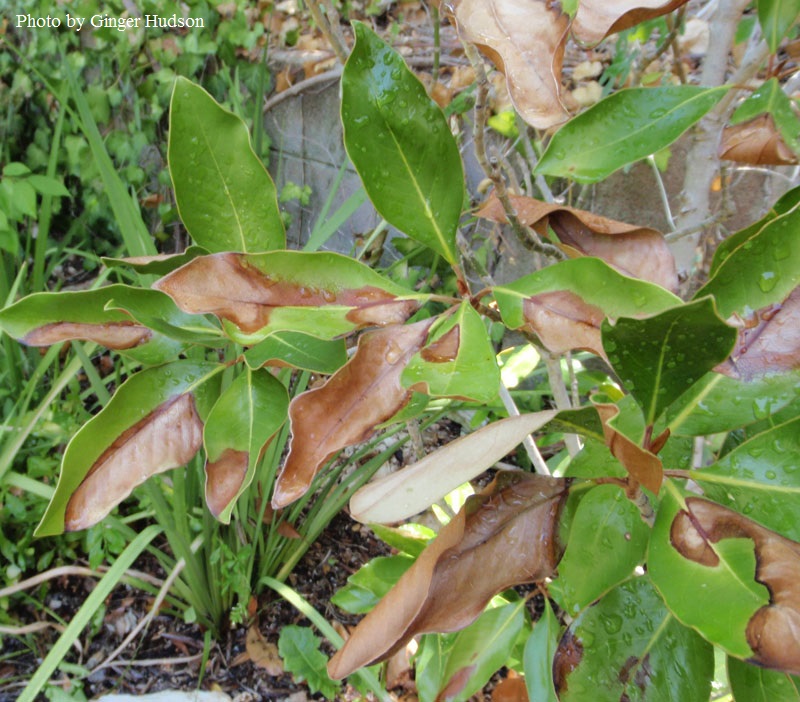 Ginger nails them all, so watch right now!

Even though Ginger is cooling her heels these days at the Alaska Botanical Garden, she’s a Texas gardener who wrote the most amazing interactive iBook: A Guide to Landscape Maintenance for Central Texas Gardens. But wherever you live, she snags it all, from pruning to rain barrels.

Here’s our past interview to show how the book works.

Peppers, tomatoes and other summer crops can suffer from sun scald, too. Daphne advises creating some type of shade structure. There are many DIY options, even bamboo stakes with shade cloth suspended overhead. Here’s Trisha Shirey’s tiny version at Lake Austin Spa. 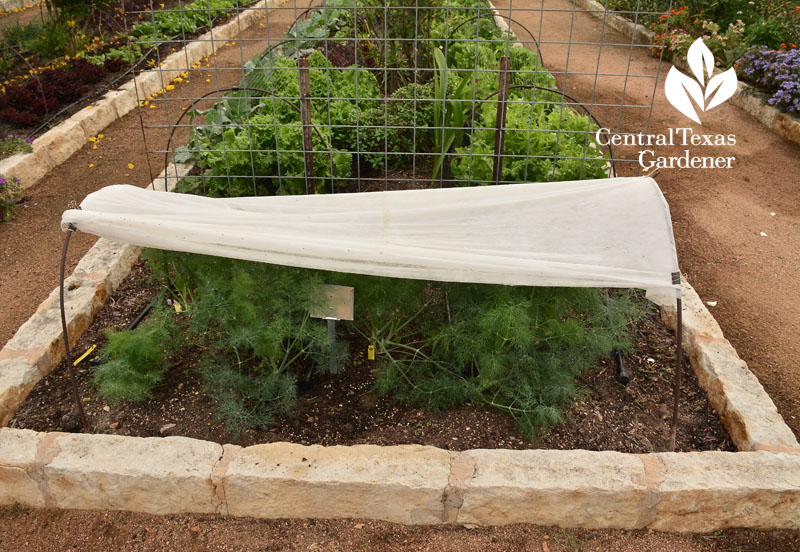 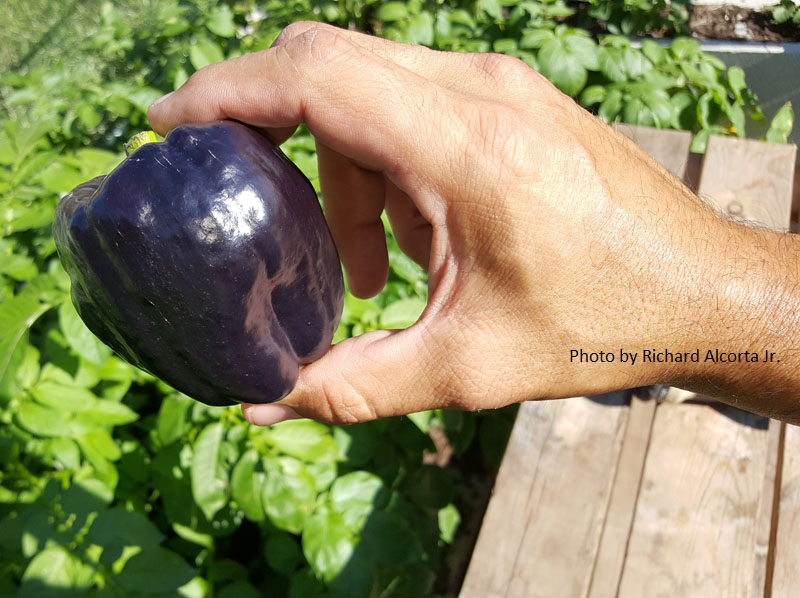 He reports that ‘Pinot Noir’ peppers taste a bit sweeter than regular bell peppers and have grown very well for him. Find out more. 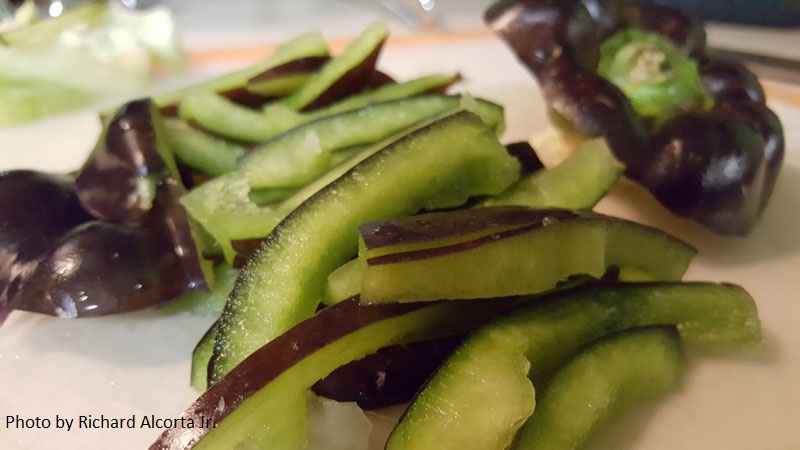 And what a colorful bumper crop of tomatoes he has, including Indigo™ Blue Berries. We’ll be staying in touch with Richard for all his tips with beans, grapes and more. 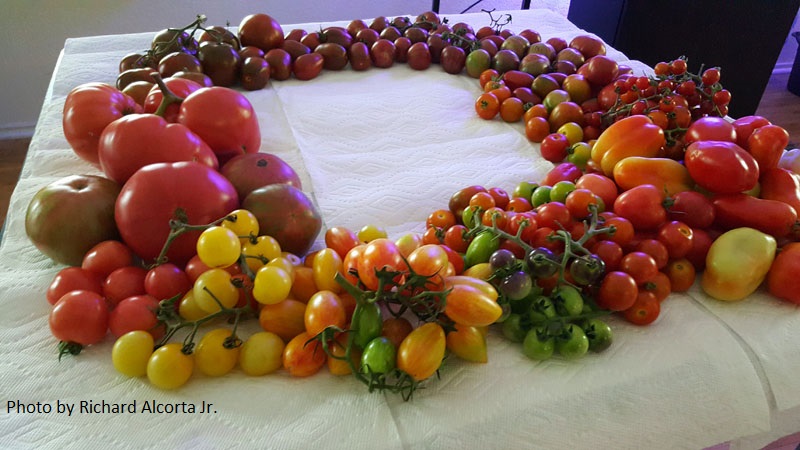 Louise Suhey’s growing leeks like crazy! She’s got at least 40 in her Hill Country garden near San Antonio. She snags our Viewer Picture for this cute shot of her dunce cap blooms. 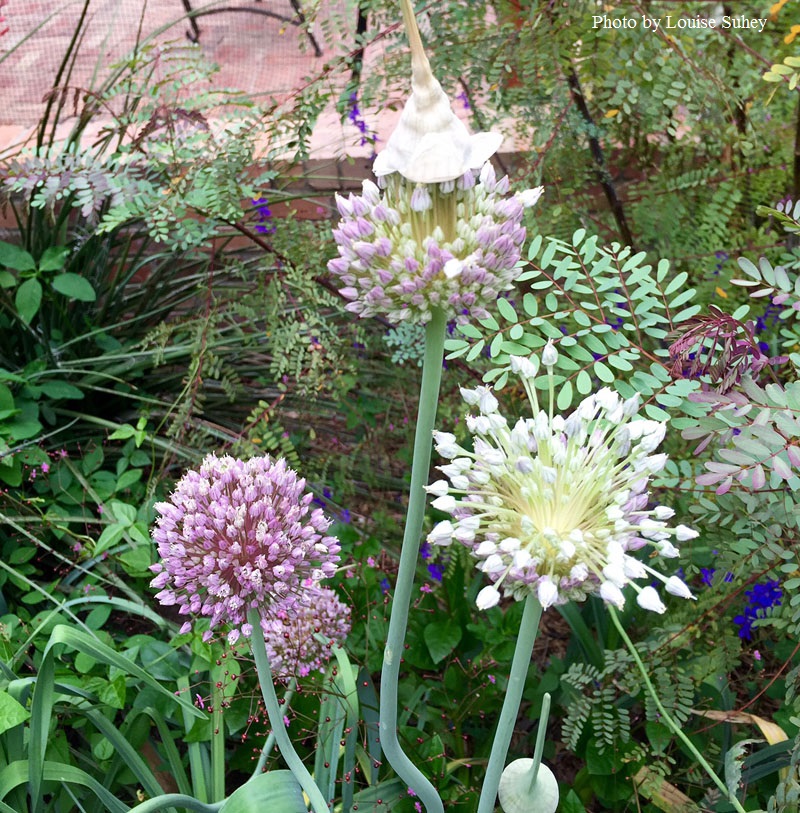 She divides her leeks about every three years. Louise tells us, “The bulbs tend to push up through my mulch towards the late summer, so that’s when I divide them. They took quite a beating this year with all the heavy rain so I will probably cut the flower stalks off in late June. I am always amazed at how long the flowers last.”

Now, did all the rain prompt bearded irises to form seed pods this spring? What’s the deal, asks Orlando Vasquez? 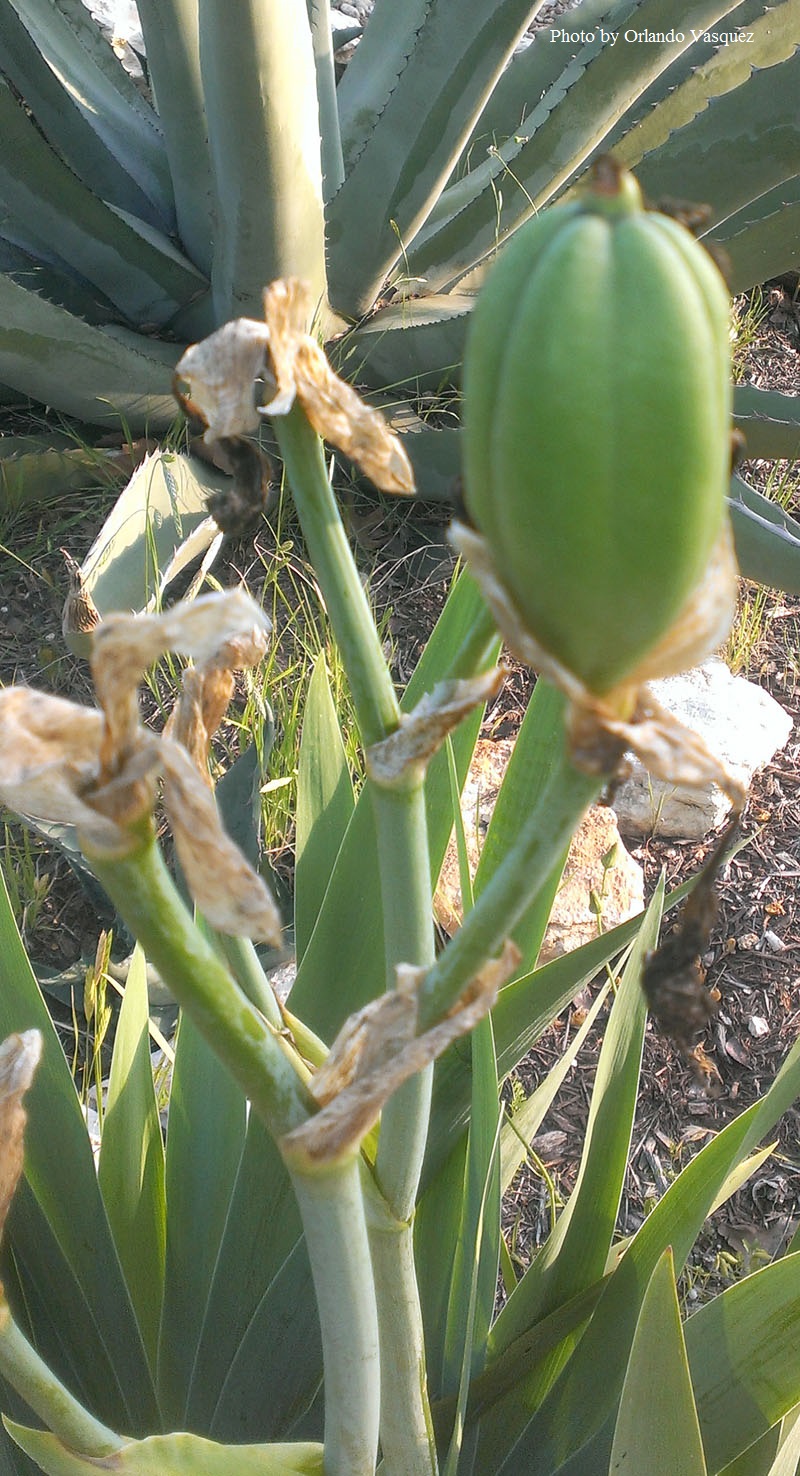 Daphne tells us that it could be that Orlando’s irises are mature enough to propagate. Or, if he fertilized them, they had the nutrition to reproduce. OR, it could be a lack of soil nutrients, prompting regeneration. In any case, I had seed pods myself this year. Daphne explains how to germinate those seeds.

If the heat waylays strenuous garden chores, now’s a great time to make your own hypertufa containers! A fun project for those kiddoes, too. 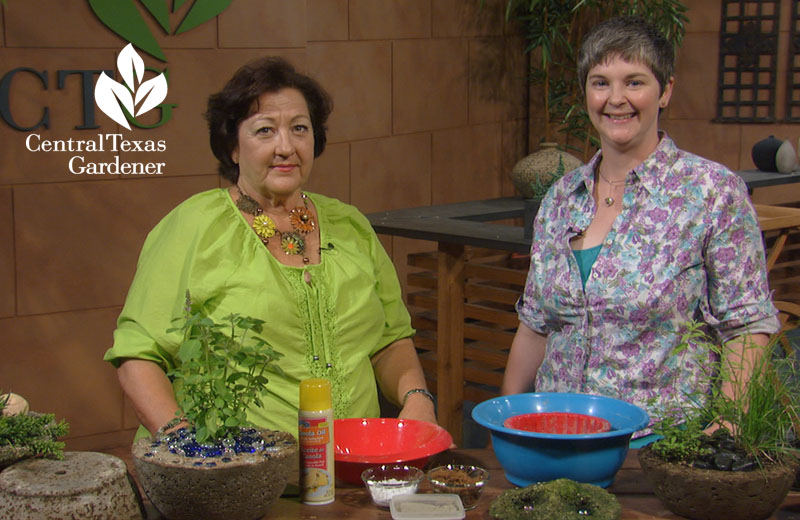 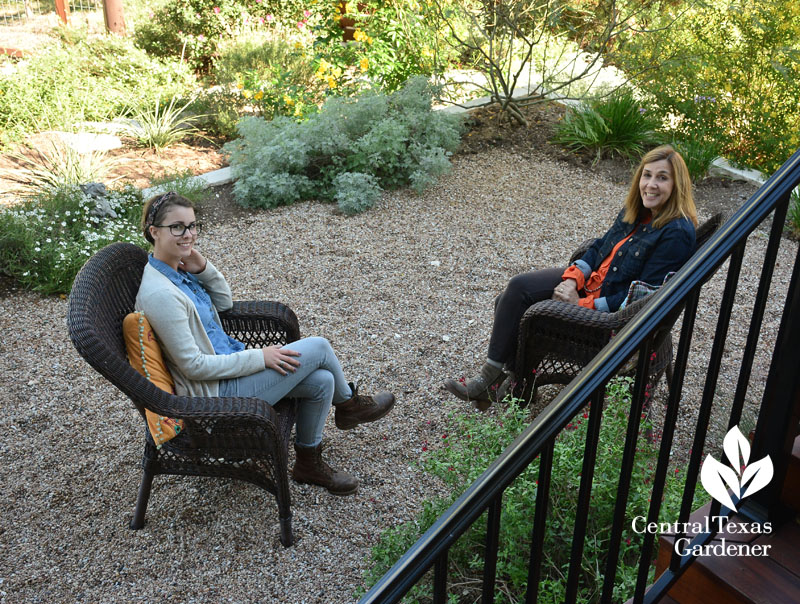 Here’s one of their designs that responds to both where they created havens for wildlife and the homeowners to watch them. 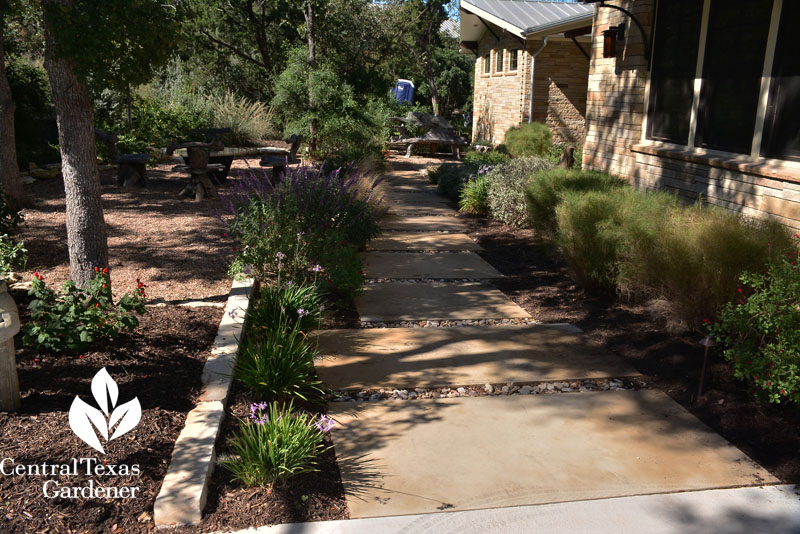 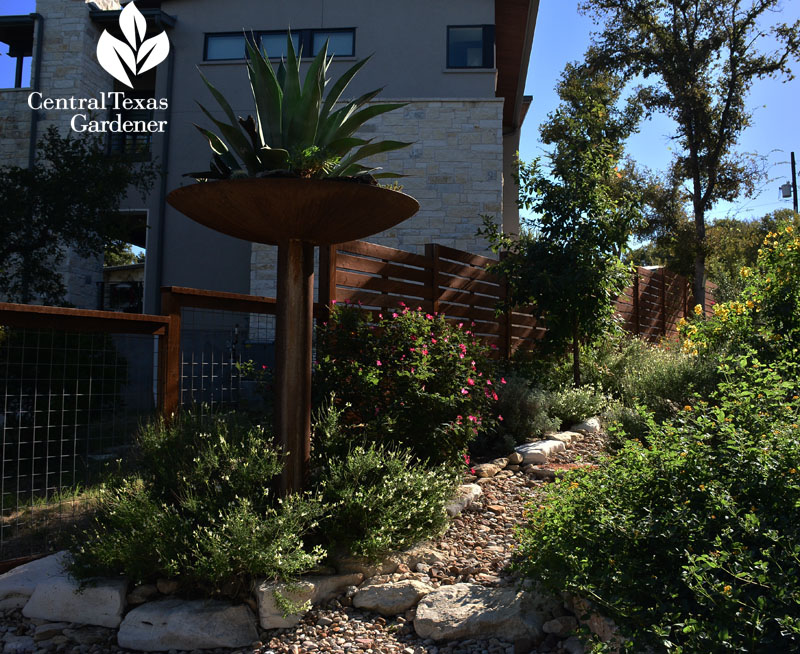 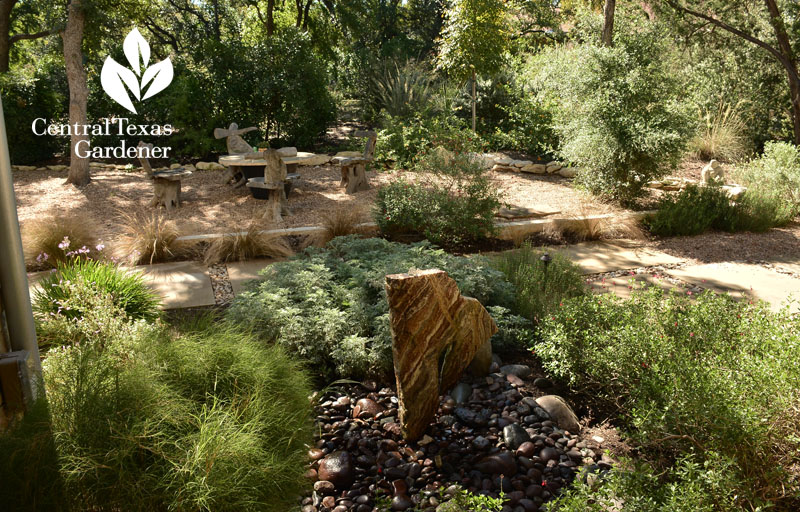 Thanks for stopping by! Next week, we’ve got ideas for tiny space design. Linda