I don’t have to go far to watch hummingbirds and butterflies close up since I lined my patio with native Turk’s caps. Just beyond, firecracker ferns (Russelia equisetiformis) flaunt equally enticing tubular nuggets. 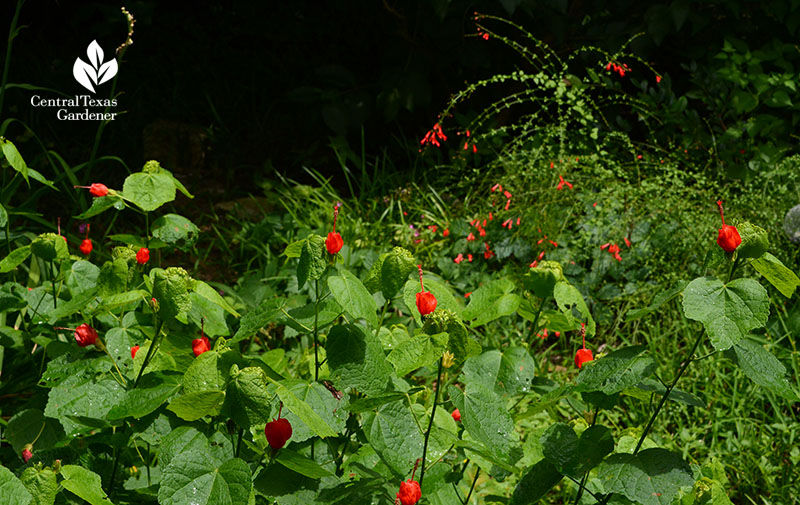 This spot in dense soil gently floods in serious rain before drying out like clay. Morning sun and bits of afternoon harshness pepper this generally shady area. 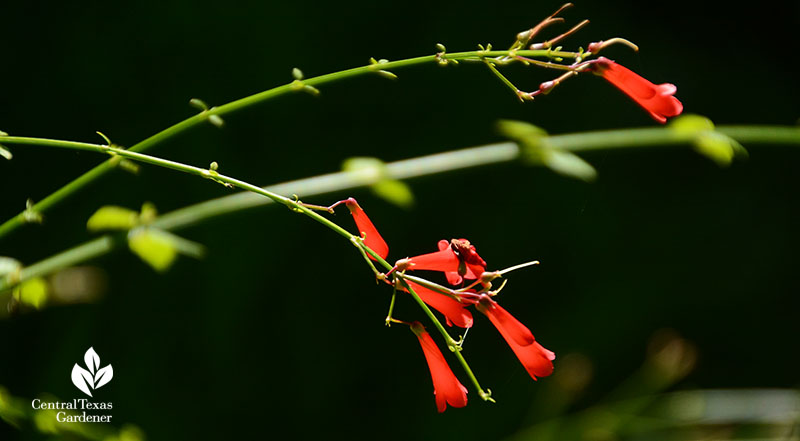 In the house, in the garden, or charming up hanging baskets, there’s a fern for you! Get a sampling of ferns you may never have met with Darla Harris from Fern Plantation Nursery in Magnolia, including indoor plants for low humidity and outdoor plants that can take the heat. 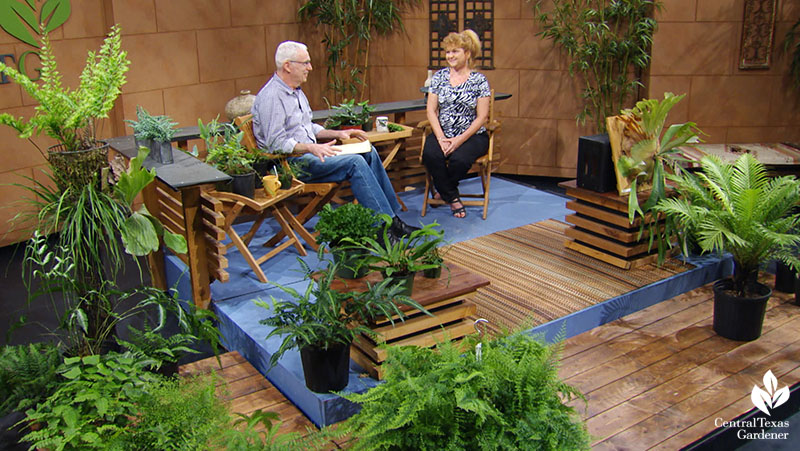 Eyelash fern bats its slender leaves at you indoors, where it doesn’t mind low humidity. 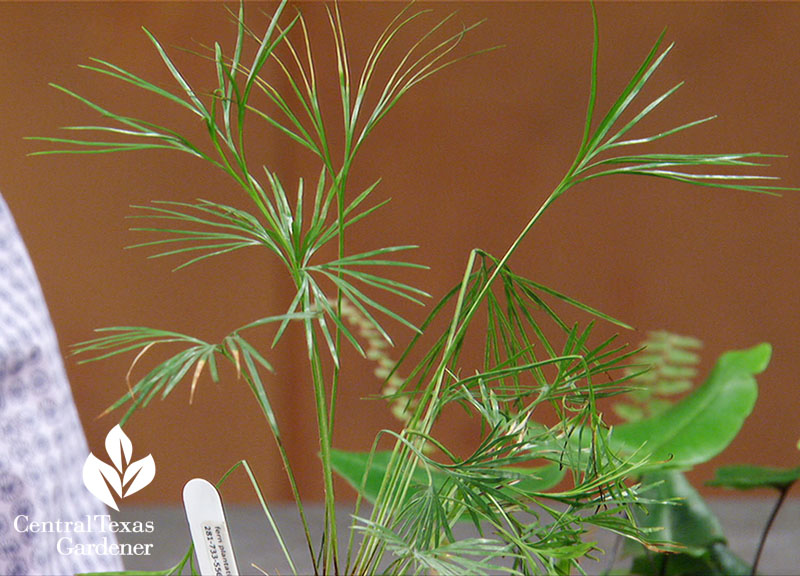 Another small one that loves an indoors view is heart fern, quite un-fern-like with its heart-shaped, glossy green leaves. 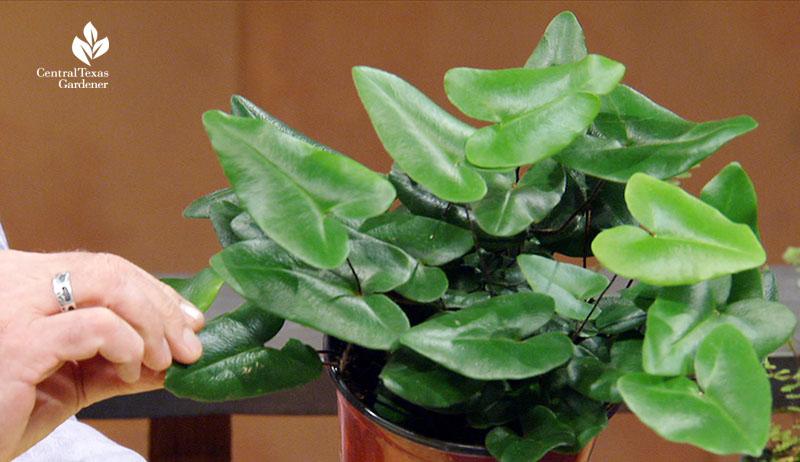 Outdoors, painted fern ‘Godzilla’ texturizes shady spots. A sporeling (cross) between two ferns, including the native lady fern, it handles the heat with grace, growing to 3-4’ tall in the right conditions. 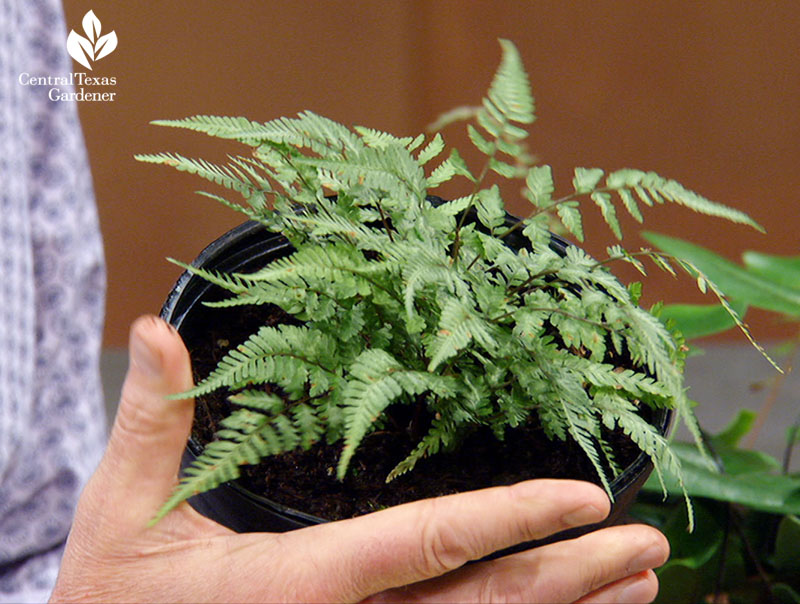 Frothy-leaved Drynaria (called oak leaf fern) is epiphytic, so Darla grows this beauty in a sphagnum moss basket. It actually forms two sets of fronds; the brown ones are sterile while the serrated tops are fertile spore-bearing fronds—those bumpy dots on the undersides of leaves. 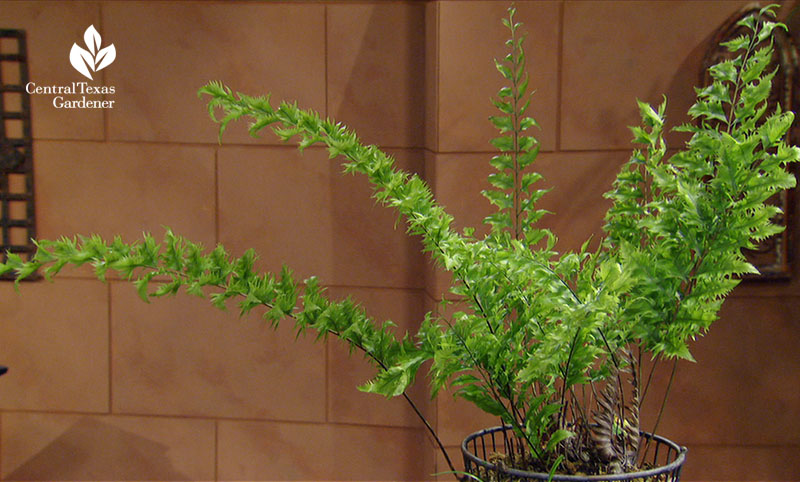 After a career at Continental Airlines, Darla launched a second one—learning about and growing ferns.
She and husband Joe built 5 greenhouses—13,000 square feet all told—to house their passionate homegrown operation, including all kinds of maidenhair ferns (I never knew about all these!). 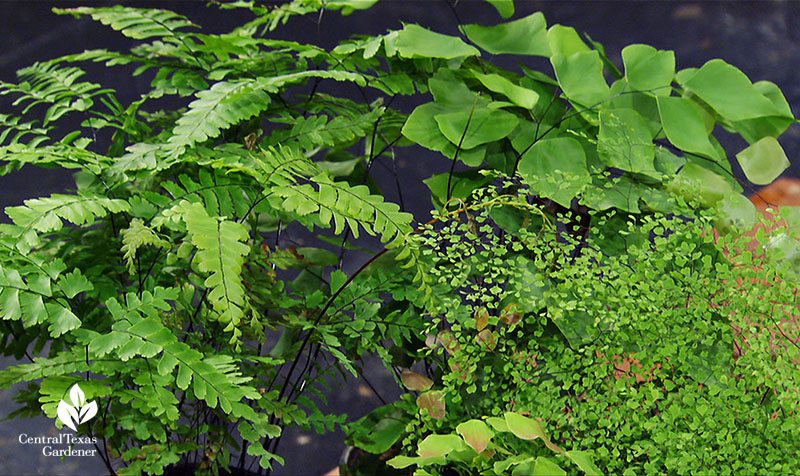 Now acclaimed as president of the Texas Gulf Coast Fern Society and a Council Member of the American Fern Society, she’s a popular speaker and sells plants by appointment. For now, get in touch via Facebook. 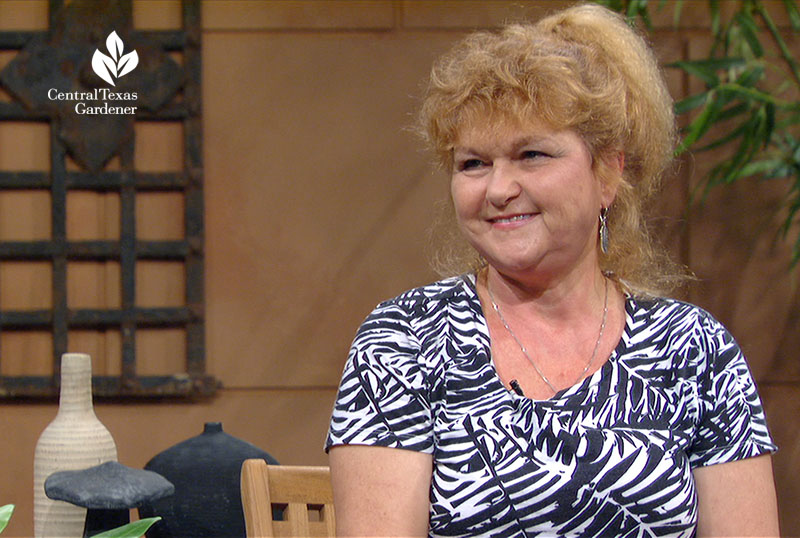 Sadly, rose rosette disease has moved into Texas. In Round Rock, environmental consultant and expert Dick Peterson’s heirloom Martha Gonzales roses have even been hit. Most of his neighbors are losing their Knock Out roses. 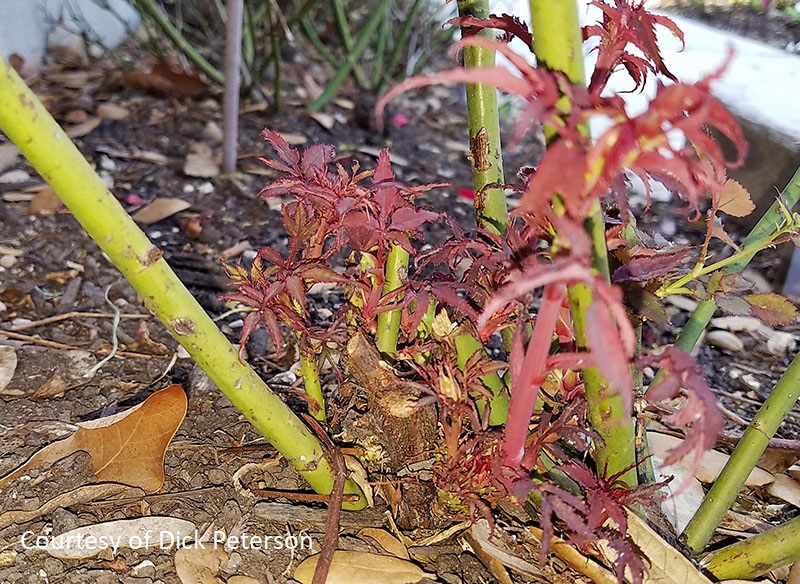 Gardeners have asked, “When can I replant again?” Get Daphne’s answer. 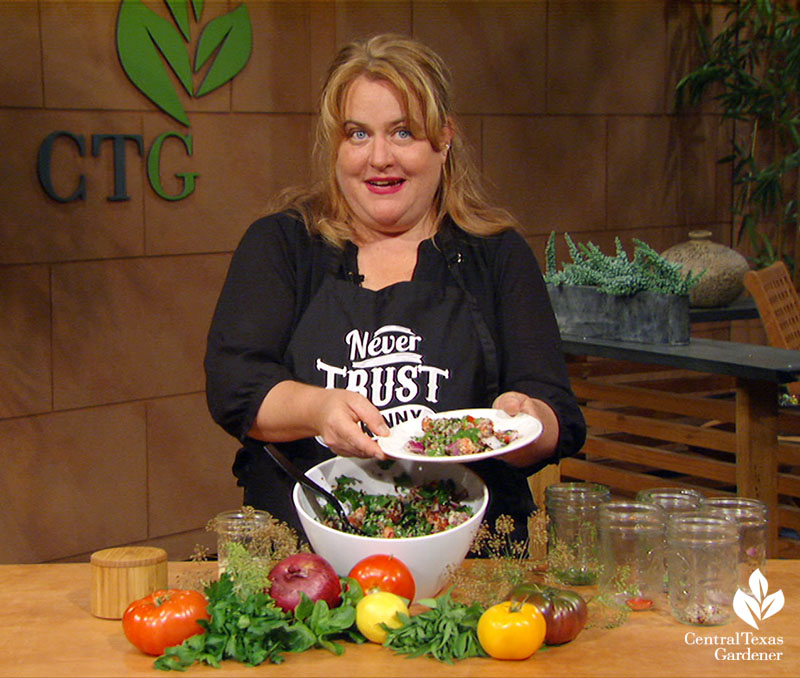 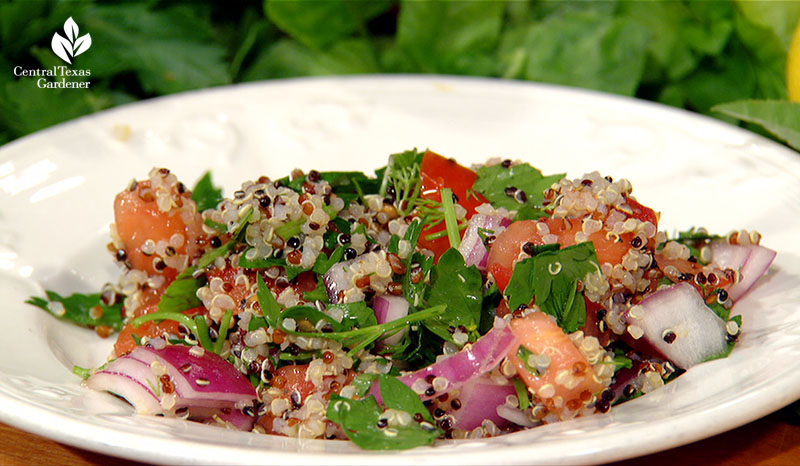 Watch now to make it yourself!

On tour, Pat and Tom Ellison pack a lot of diverse destinations into a standard midtown lot, including a shady side border dotted with ferns along a wildlife-beloved stream. 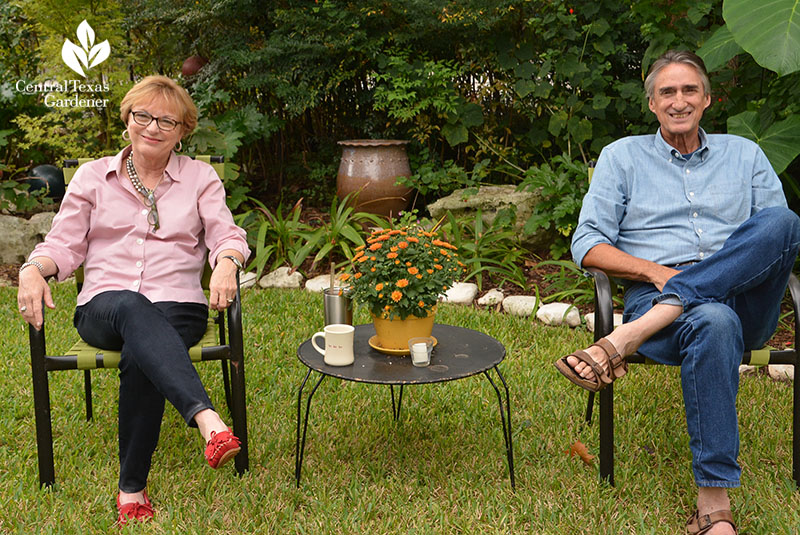 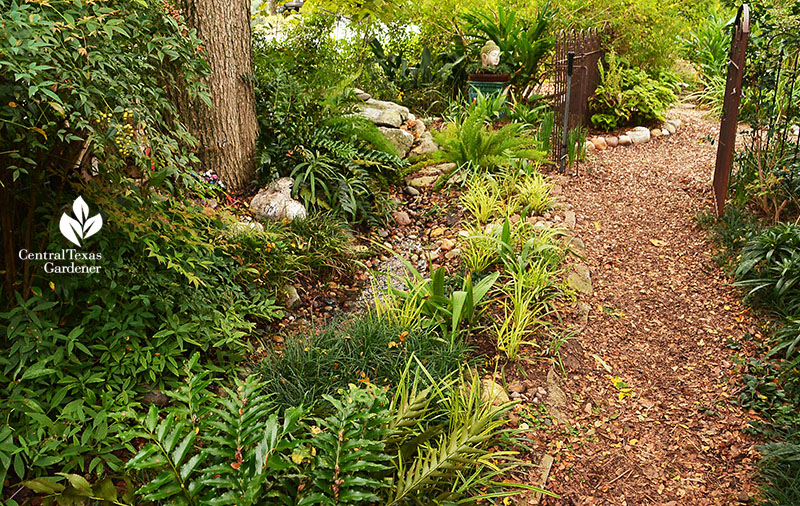 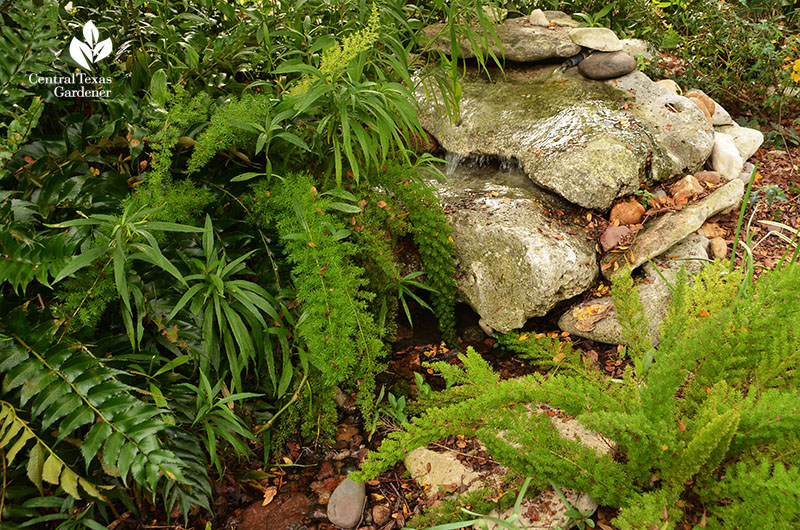 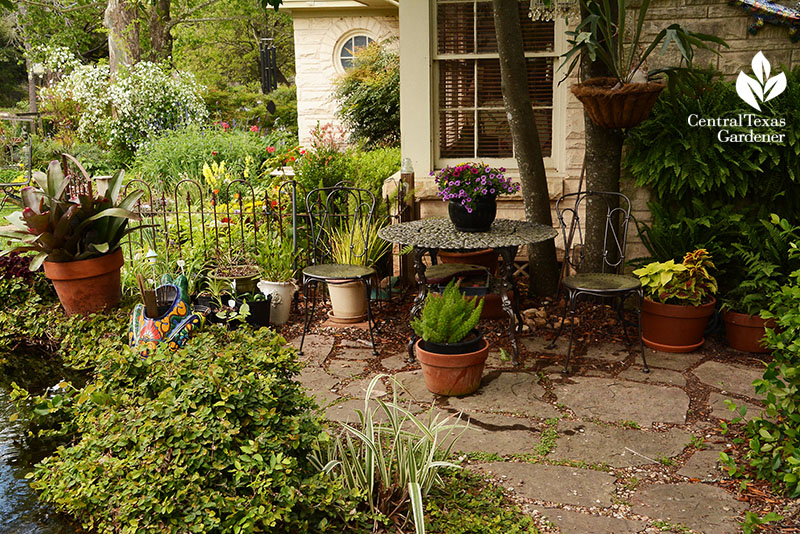 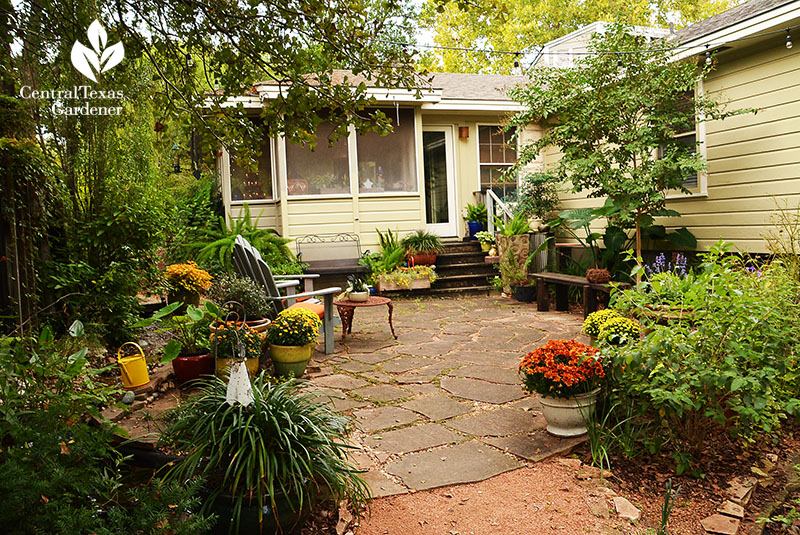 Tom’s stream so enchanted them—and the wildlife that flock to it—that he upped the habitat ante with a front yard pond in an all-hands family project. 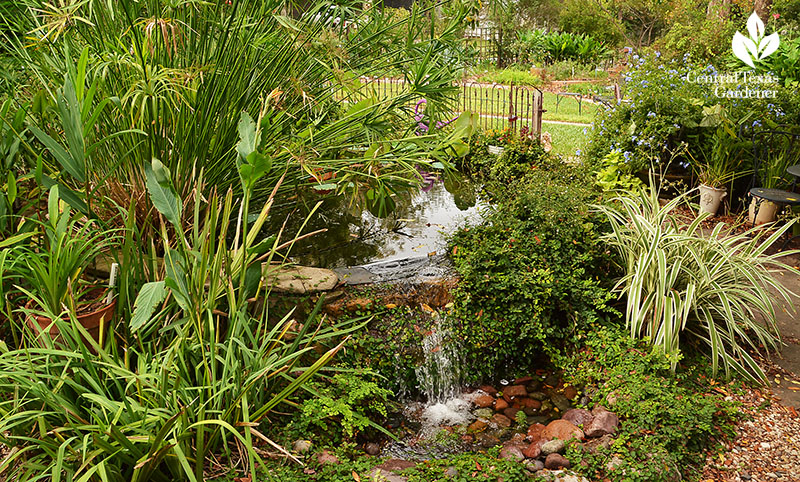 Then, he found a new garden “career” when he discovered daylilies. Now passionately involved with the Austin Daylily Society, he and Pat appreciate the evergreen soft structure between bountiful blooms. 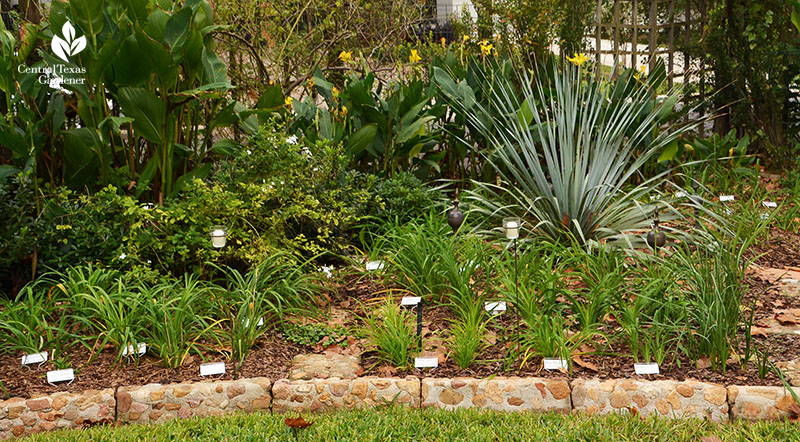